We continue our look at the seven sides joining Sky Bet League One for the 2018-19 campaign, moving onto the final relegated side from the Championship; Sunderland.

The Black Cats finished rock bottom of the division, suffering back-to-back relegations from the Premier League to League One.

The campaign began with optimism under Simon Grayson that they'd enjoy a better year than the one which preceded it and they began with a 1-1 home draw against Derby County. It wasn't quite the end of the bad run at the Stadium of Light, but it was a start.

The Black Cats would progress in the Carabao Cup before taking four points from their first two away league games of the season. Despite this, their elusive win at home would still not come with defeats at home to Leeds United, Sheffield United and Nottingham Forest all following.

In actual fact the 3-1 victory against Norwich City on August 13th would be their last for 15 league games and their last under manager Simon Grayson who was dismissed on November 3rd. In the 18 games he was at the helm, Sunderland won three.

Robbie Stockdale took charge of the side for 16 days throughout the international break where he oversaw one draw and one defeat before Wales boss Chris Coleman came in manage the side.

His first victory as manager would come in his second game - a 2-0 win against Burton Albion at the Pirelli Stadium before December brought the end to the dismal home form with a 1-0 triumph against Fulham.

Sunderland would edge wins against Nottingham Forest and Hull City over the following seven game period, but the trouble was they lost four of the others and were still rooted to the foot of the table and in real danger of going through the trap door once more. After beating the Tigers, it would be another 11 games before they tasted victory. Indeed, with out of the last 18 games in the Championship, they only managed maximum points on two occasions, picking up 12 points out of a possible 54.

Their final win would come on the final day of the season as the Champions of the division would meet the Black Cats. Sunderland would pull off a shock 3-0 home win, but the day still belonged to Wolves as they celebrated a return to the Premier League.

Following the conclusion of the campaign, it was announced that Chris Coleman would be removed from his job - the last action of owner Ellis Short before putting the club up for sale, selling the club to a consortium headed by Stewart Donald, the chairman of Eastleigh.

St Mirren boss Jack Ross was named as the new manager in the close season. 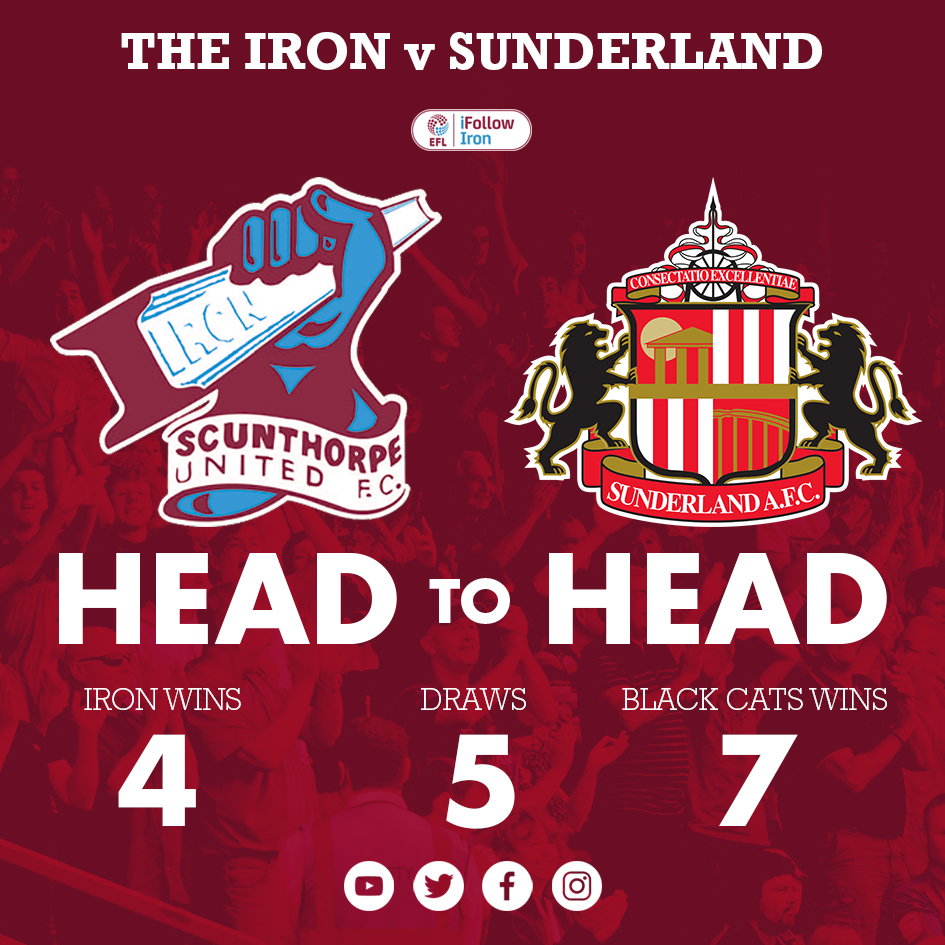 While both sides only met in pre-season a year ago - and in the Checkatrade Trophy via the U21 side - the two teams have not encountered each other competitively for the last 30 years. That fact means that the Black Cats are yet to visit Glanford Park for a competitive fixture, coming in the FA Cup.

The last time the two sides met in the league was 55 years ago.