As featured in our matchday programme earlier in the year, Jordan Clarke answered numerous questions sent in by supporters.

_ashleybetts_, via Instagram: What football team do you support?
JC: It would have to be Arsenal and my favourite memory of all time has to be the Invincibles season.

fin.hall7, via Instagram: Who’s the best winger that you’ve come up against?
JC: I’ve played against Gareth Bale with Coventry and he was just an absolute powerhouse. Everyone can see how powerful he is but he shouldn’t have the power that he has. He’s a different breed.

hannah.redhead04, via Instagram: Who do you have the best banter within the dressing room?
JC: I have banter with a few players. Initially, Levi (Sutton) because I sit next to him. I’ll just talk rubbish to him and he will try and talk rubbish back which is funny.

dec_tilley via Instagram: What’s been your favourite thing about playing for the Iron?
JC: It’s got to be either making it as far as we did last season or nearly scoring at Chelsea. They’re the two most memorable things.

Phil Edwards via Facebook: Who do enjoy going up against most in training?
JC: It’s out of Josh (Morris), Haks (Adelakun) and Duane (Holmes). I’d probably say that I like playing against Josh the most because I’m used to playing against him. I think that we have this mutual respect in training as one knows what another one wants to do. We have that mutual understanding and mutual respect for what we are both capable of. 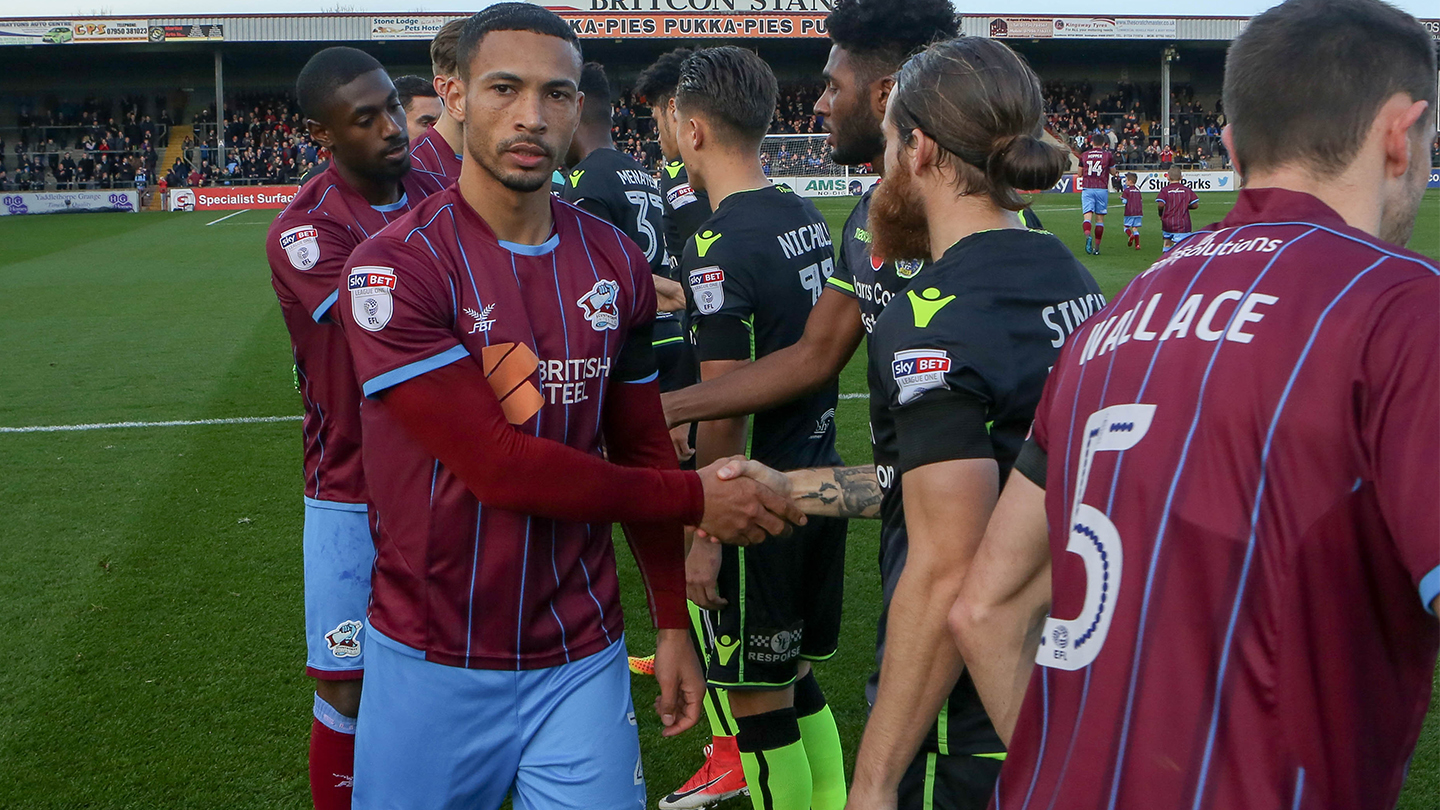 A few other questions:

Who would you say gave you your first break in football?
JC: It was Chris Coleman. He was my first professional manager and signed me to my first professional contract when I was 17. He really helped me out and took into consideration that I was a young lad. He also took into consideration that I was still learning though and what I could do at that specific time. He put that trust in me but also took me out when I needed it and wasn’t doing so well. I feel as though he has always helped me. I’ve always wished him well and I have maximum respect for him.

Since joining the Iron, how has your game adapted?
JC: I feel as though my game has developed in the sense that my footballing style has grown up.  For example, I feel as though I am much more consistent. Also, I’m a lot more solid defensively as opposed to when I first joined. My defensive work is miles better and miles more solid. I feel more confident in making the right decisions at the right time as well. These things have improved but there’s still room for improvement.

What do you put those improvements down to?
JC: I would put them down to being trusted and being made to feel important. Everyone wants to be made to feel important in football as it pushes you to give more, learn more and to be more considerate of the things that are happening on the pitch. I feel as if the coaches and the players help me a lot. If I’m down then they’ll pick me up and if they’re down I’ll pick them up. I feel as though the players have helped me tenfold in that sense.

What is the best piece of footballing advice that you could give to any youngsters pursuing a career in football?
JC: My best footballing advice would have to be that if you make a mistake then just focus on getting the next one right. I used to make a mistake and let it affect me straight away. I used to get really paranoid that everyone had just seen me make that mistake and that everyone was expecting that on my next chance I’d make another one. Nowadays, I make a mistake, say “so what” to myself and then focus on getting the next one right.

We noticed that you haven’t always been a right-back. How has your position changed?
JC: I was originally a central midfielder. As I was growing up, I went onto the right-wing and then I played up front for about two or three years. After that it was right-back. However, I played at centre-back for Coventry during the season that we played at the Sixfields Stadium. I played pretty much every game at centre-half for the whole season and I did really well there.