If you've followed the two previous tours to Austria, you'll know that not everyone takes the plane across to the tour.

In 2016 it was Kit Manager Nathan Stanton and myself who made the trip using a Mercedes Sprinter van and 12 months on Sports Massage Therapist Kev Hornsby joined the party.

2018's trip is just already underway and it's us trio making the trip via the van once more.

The distance and time...

Cutting straight to the facts, it takes approximately 17 hours and 15 minutes of driving and 1,005 miles to get to Obertraun. That's taking it directly from Google Maps, presuming there's no traffic, no delays, you don't stop and you take that exact route. None of that is the case. 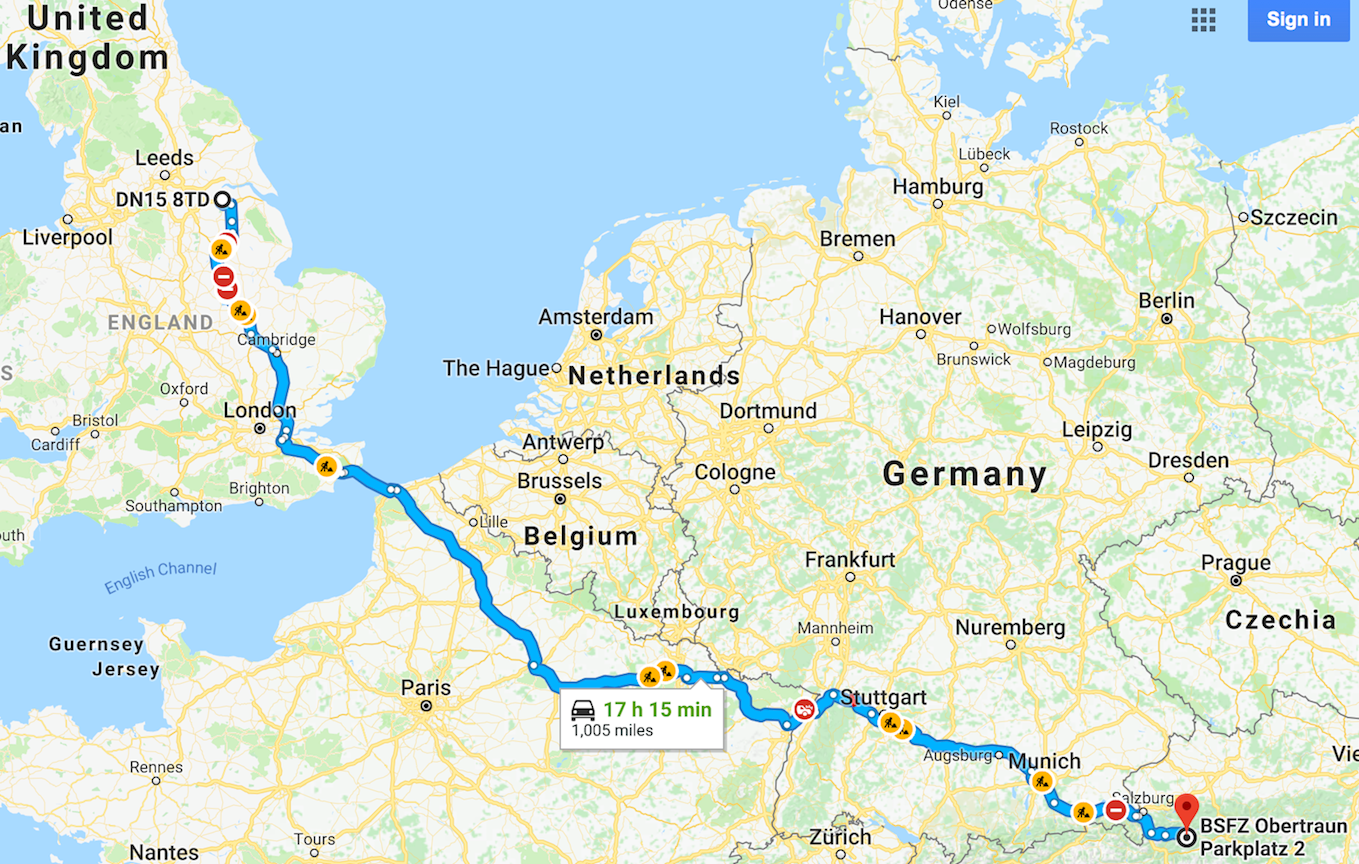 Having done the trip twice, and taking two slightly different routes, we're hoping for an even smoother journey for 2018, as we have learnt different things from our previous trips. Some of which include:

Both of those lessons came from 2017 if I'm totally honest. Firstly, the Sat Nav issue saw us journey on every toll road in France on day one, until we rectified it, before it told us to drive off the toll road in Austria on day two. For anyone that has not driven in Austria, you need motorway tax and you cannot avoid paying it. The Sat Nav, however, was programmed to take us on what can only be described on dirt tracks to try and combat that.

The second issue was the hotel he'd selected in Metz. He clearly hadn't Googled it properly before booking - let's leave it at that.

This year, we are taking the Eurotunnel from Folkestone to Calais, instead of the ferry, which saves around an hour of travel time. On Saturday, we are scheduled to make an 10-hour drive towards Munich in Germany, where we will be staying the night before completing our trip to Obertraun, scheduling ourselves to arrive by lunch time on Sunday.

The players will be meeting at the airport on the Sunday for a 3pm flight to Munich before a coach ride to the complex which is around three hours long.

Travelling over 1,000 miles and covering England, France, Luxembourg, Belgium, Germany and Austria, you're bound to encounter delays. We have been held up around Munich on both occasions, but we shall be hitting that area mid-morning this time around.

Crossing so many borders also means we may get stopped by border control, as we have in the past, particularly being in a GB white van driving across Europe.

Don't miss a moment of the journey, the training, the match action and the behind-the-scenes content as we cover as much as we can!