Ahead of the Iron’s trip to Austria on their third successive week-long tour of the country, we take a look back as some of the side’s trips away in the past.

The Iron spent a week in Austria ahead of the 2017-18 season, beating both opposition sides by six clear goals without reply. 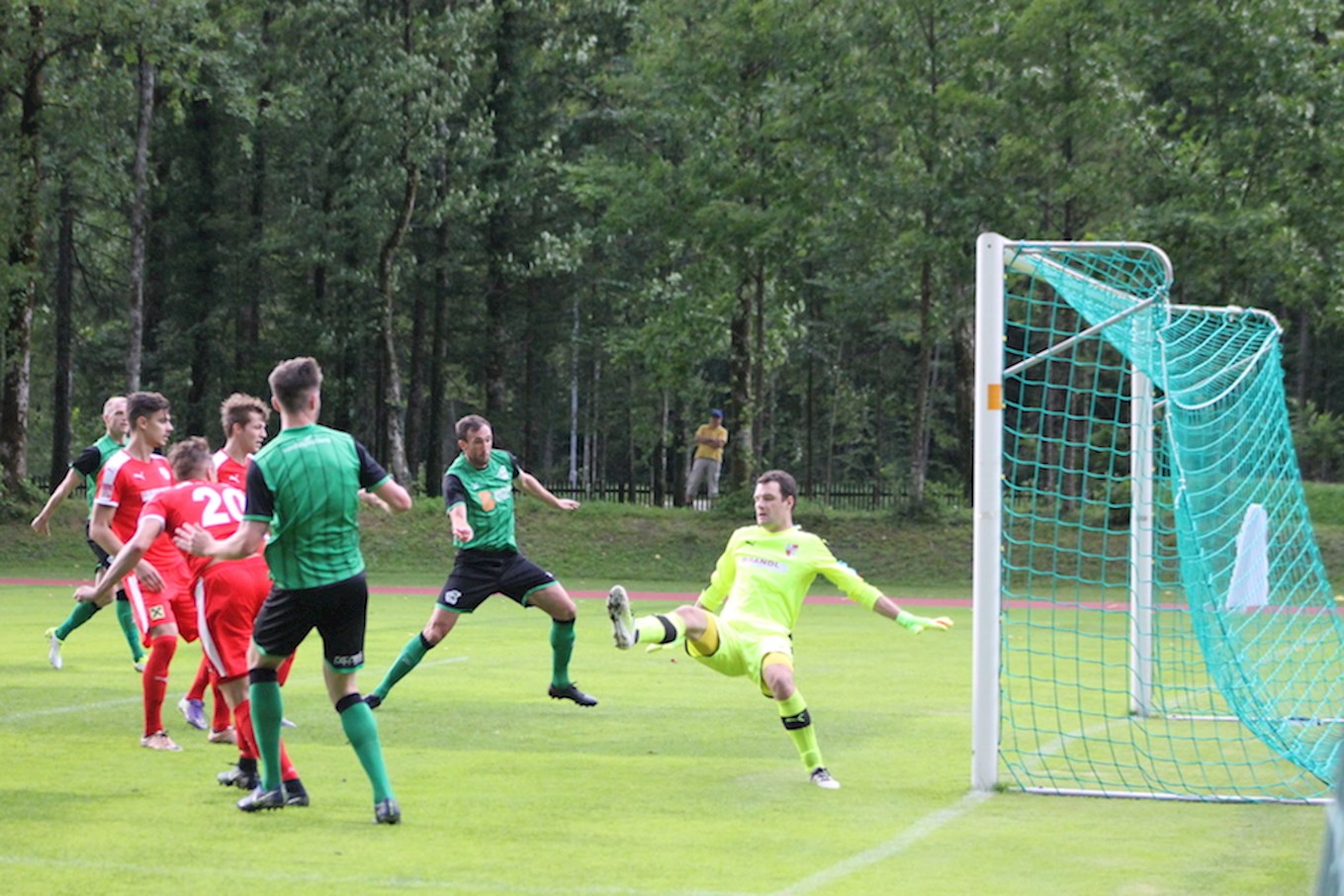 The Iron romped to an easy victory on campus at BSFZ Obertraun, with six different goalscorers getting on the scoresheet.

Central defender Cameron Burgess continued to show his threat in front of goal by opening the scoring, while Sam Mantom soon doubled the lead. Hakeeb Adelakun made it 3-0 before half time, before Josh Morris won and converted a second half penalty to make it four.

Paddy Madden and Kevin van Veen both got in on the act to complete the rout. 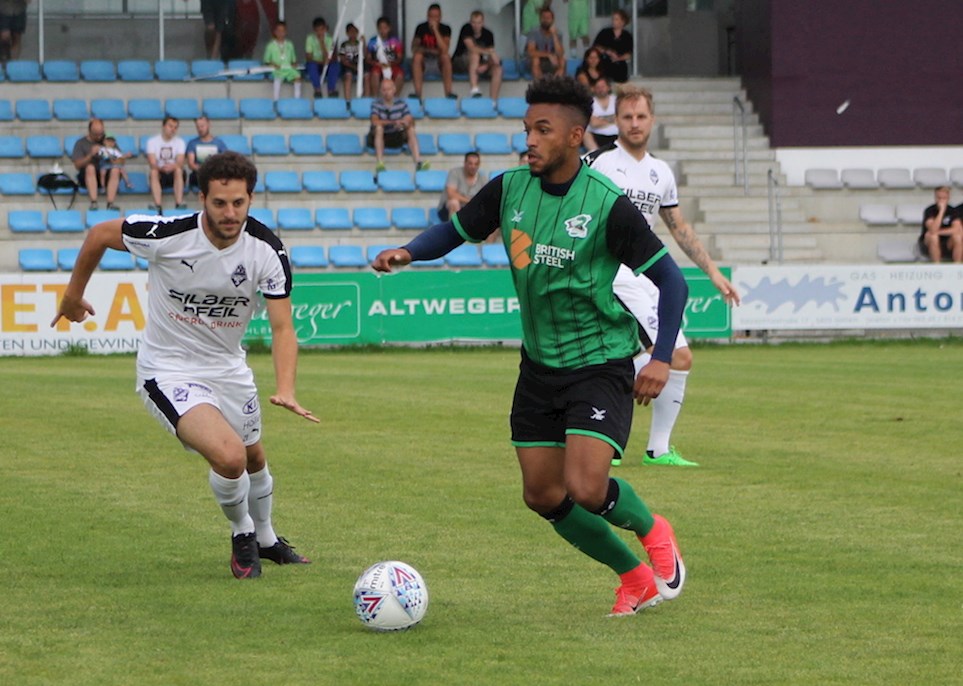 Hakeeb Adelakun added to his goal earlier in the week with a further brace, while four of the other five scorers from the SK Strobl also netted in this encounter. Only Sam Mantom who netted days earlier failed to replicate.

United’s first trip to Austria came ahead of the 2016-17 campaign, playing a game-and-a-third, due to the unpredictable weather in the country.

*Match abandoned after 31 minutes due to weather 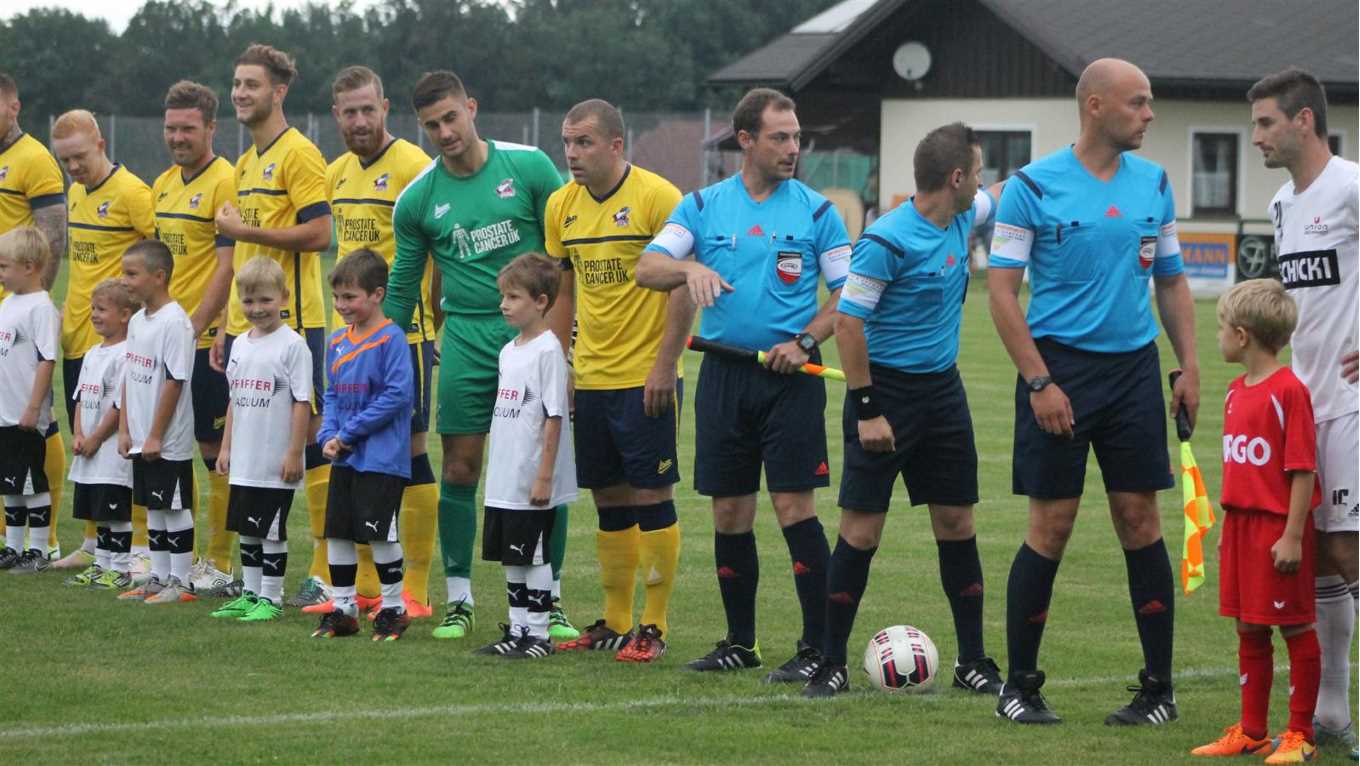 The Iron's first of two pre-season friendlies while on tour of Austria had to be abandoned due to the weather.

Kyle Wootton had slotted Scunthorpe into an early lead, but the thunderstorms that were to follow swiftly waterlogged the pitch, meaning proceedings had to be drawn to a close just after the half-hour mark. 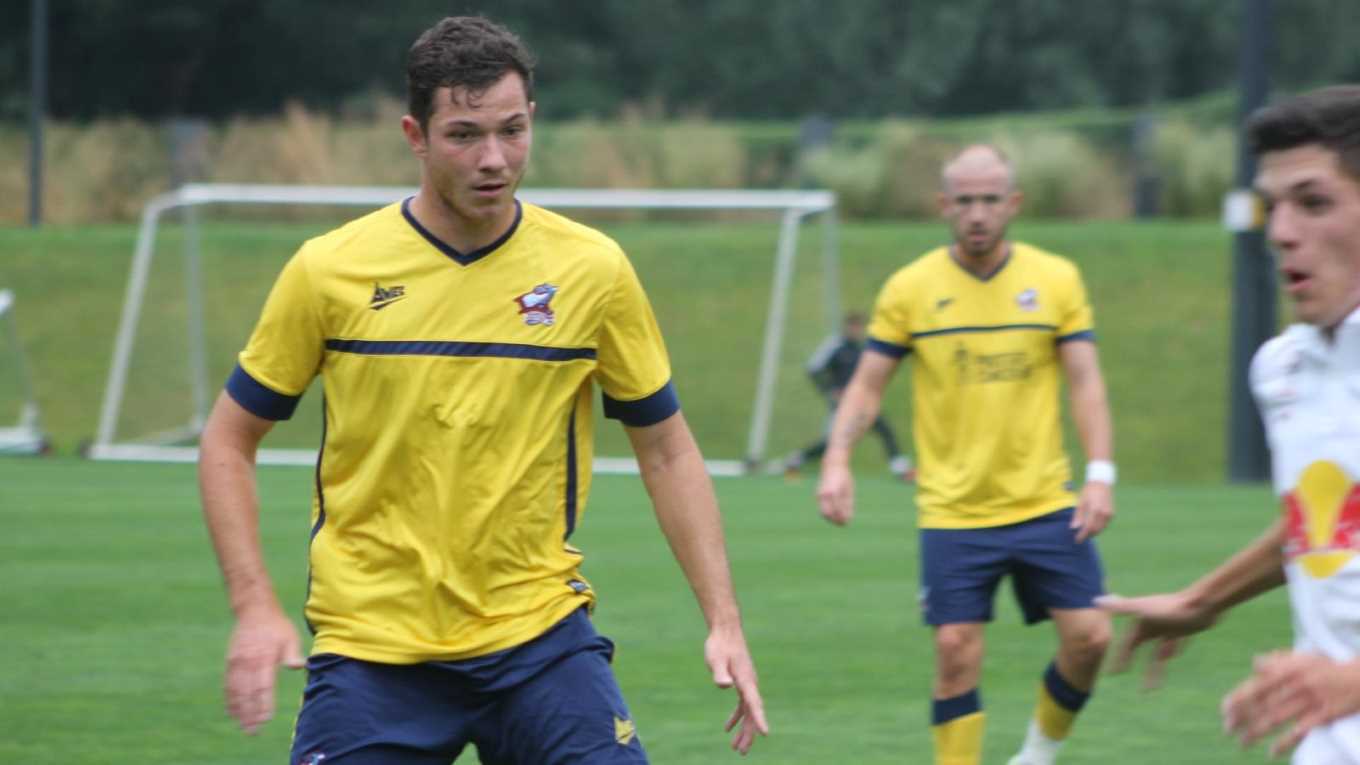 United drew their first tour of Austria to a close with a narrow defeat against FC Liefering.

Red Bull Salzburg’s feeder side triumphed over the Iron, following a quick goal after United made nine substitutions. Tom Hopper had drawn Scunthorpe level against the side at Red Bull Academy with a close range header shortly after going behind in the first half. 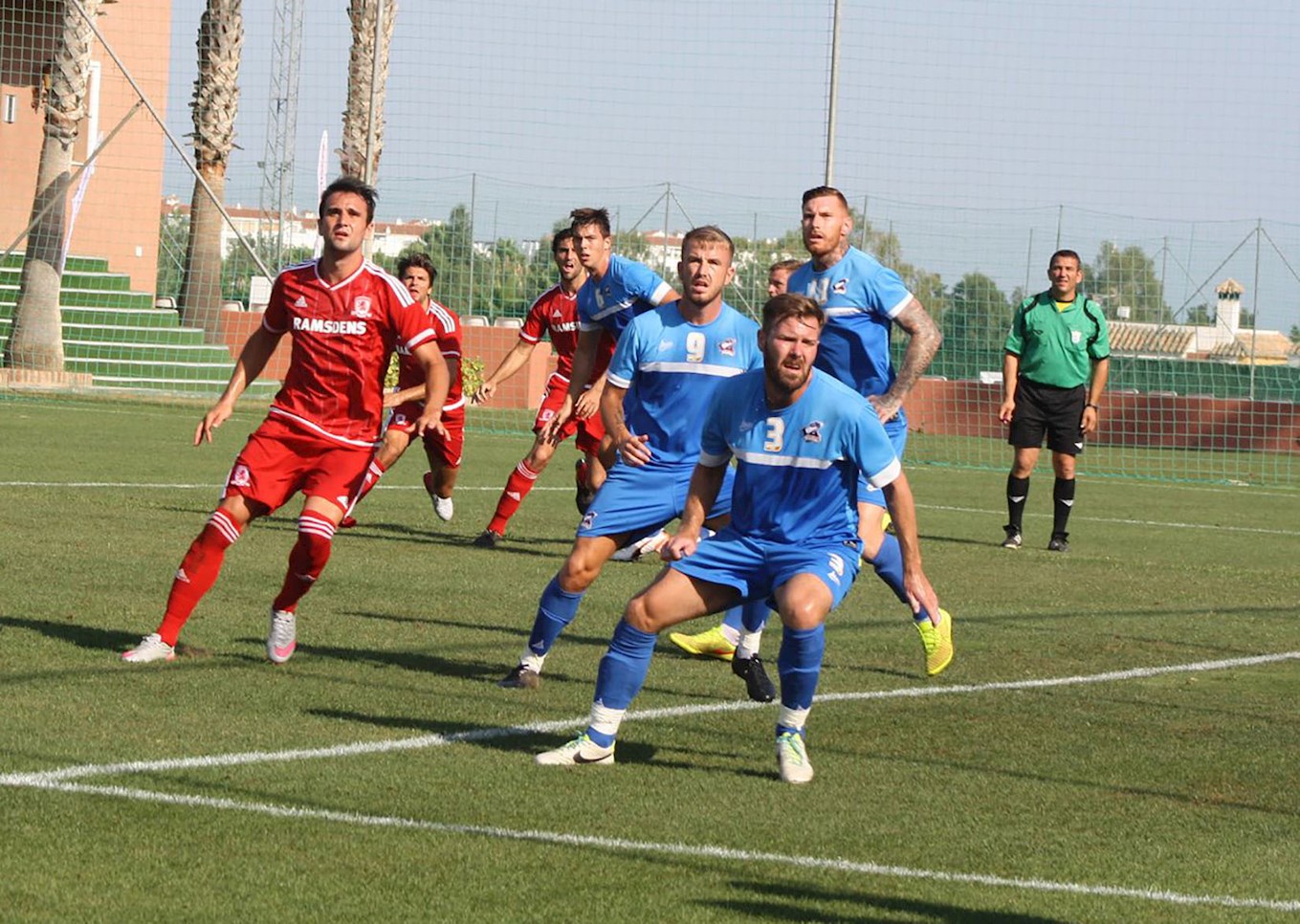 The Iron drew 1-1 with Premier League newcomers Middlesbrough while both teams enjoyed a pre-season tour in Marbella.

Gary McSheffrey’s free-kick was flicked on in the box with Jonathan Burn heading the ball past  Connor Ripley and into his own net for an early Iron lead.

Boro were gifted the chance to equalise in the 38th minute when Yanic Wildschut went to ground following a challenge from Jordan Clarke inside the United box and the referee awarded a penalty. Lee Tomlin took the spot-kick, driving the ball to the keeper’s right but Anyon guessed correctly to pull off an impressive save.

Middlesbrough equalised six minutes from time when Grant Leadbitter tried his luck from distance and although he didn’t connect with the shot as cleanly as he would have liked, the ball bounced in front of the keeper, who misjudged the flight and failed to keep it out.

The Iron travelled to the Republic of Ireland for their pre-season tour of 2012-13, with the trip sponsored by Volkswagen Ireland.

The team stayed at Carton House Hotel, which was the home of Real Madrid and Wolves in preceding two seasons, with Scunthorpe playing two fixtures while in the country.

Andy Barcham netted the only goal of the game as the Iron edged their opening game on their tour of the Republic of Ireland.

He notched his goal shortly before the hour-mark to see Alan Knill's men claim victory, with the next fixture coming in 48 hours time.

United ended their tour of the Republic of Ireland with another slender 1-0 victory.

The Iron managed to sneak past Wayside Celtic courtesy of a goal from Irish youngster Mark Hughes, as the side claimed a 100% record while away on tour.

Scunthorpe got their pre-season off to a flyer this, beating Stockport and Carlisle to win the San-An Cup in Ibiza.

They beat League One newcomers Carlisle on penalties in the final after a goalless 90 minutes.

The Iron were always ahead in the shootout, after Joe Murphy saved the opening penalty by diving low to his left. Andy Crosby, Billy Sharp and Andy Keogh all scored for Scunthorpe, with Dave Mulligan’s miss proving academic in a 3-2 success.

The Iron reached the final after a 1-0 win over Stockport County, while Carlisle had thrashed local semi-professional side UE San Antonio 11-0.

The third/fourth place play-off between Stockport and the local amateur side was abandoned 15 minutes from time when an assistant referee collapsed and needed hospital treatment.

Following the Iron's success at Wembley Stadium in the play-off final against Leyton Orient, the side were on the up to the next division and took the opportunity to prepare for the campaign with a pre-season trip to Belgium, where they played three warm-up matches.

The three games were played inside a five-day period, with FC Hekelgem the first opposition on July 12, 1999. Scunthorpe would beat the side by two goals to nil, with the strikes coming from Lee Hodges and Darryn Stamp.

Both encounters that followed, on July 14th and July 16th against St. Truiden and FC Roeselare, respectively, would result in slender 1-0 defeats for the Iron.

A brief look at other pre-season tours...

The Iron travelled to Jersey for their pre-season training camp in July 2009 and played one encounter against a Jersey XI in St Helier.

The Iron made a short tour to the Republic of Ireland ahead of the 2005-06 season.

Scunthorpe travelled to FC Utrecht for a pre-season friendly ahead of the 2004-05 campaign.

Paul Hayes netted in the 1-1 draw against the side, with approximately 900 in attendance. 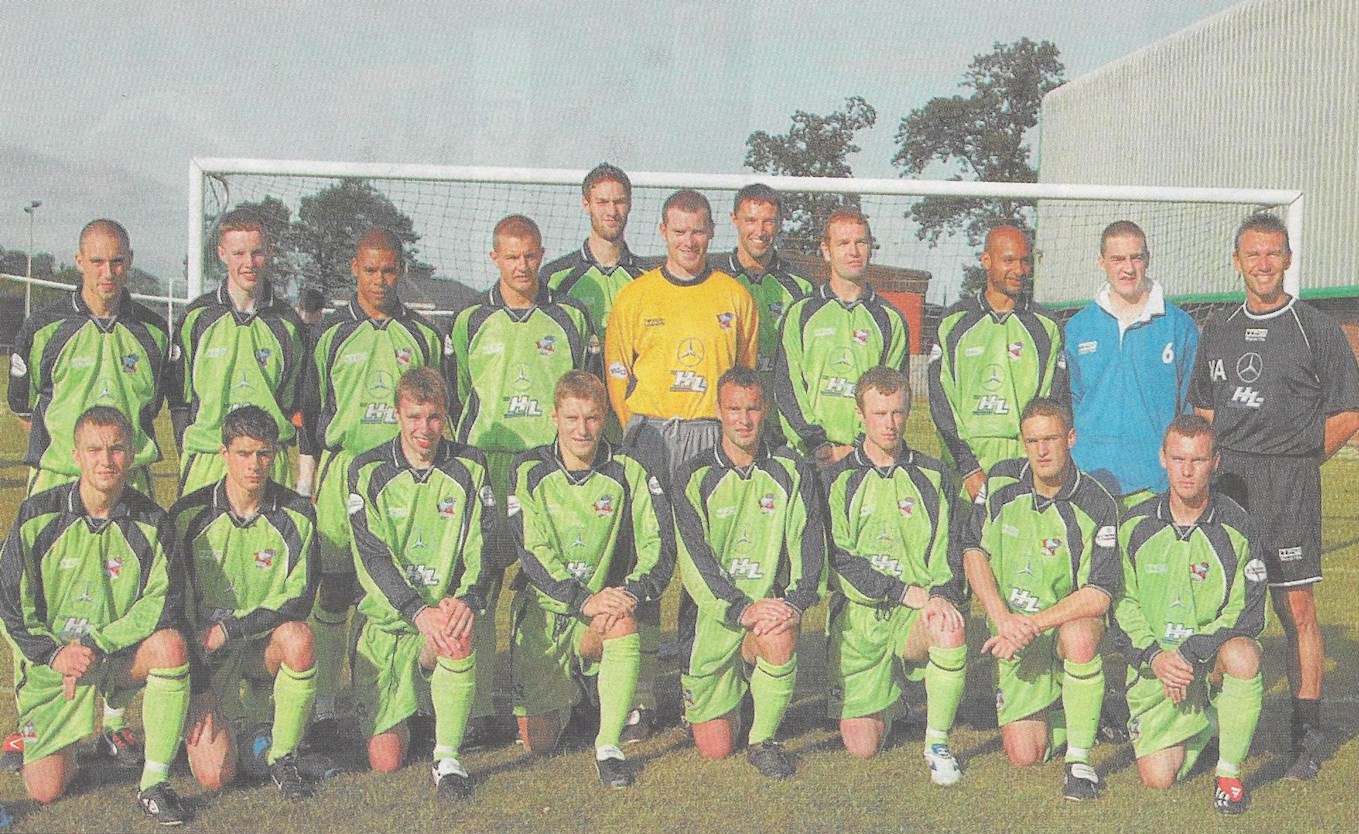 The side took a short tour of Northern Ireland in 2002, playing two fixtures while across the water.

Both games resulted in Iron victories, first beating Ballymena United courtesy of a Martin Carruthers strike, before a 4-0 romping win against Linfield in which Steve Torpey bagged a hat-trick.

The tour was originally dubbed a tour of Scotland, with the first opposition on August 1st set to be St Mirren, only for that game to get cancelled and be replaced with South Shields - a team just south of the Scottish border.

The Iron ended the campaign having arranged to play a public practise match on Monday, August 8, 1966 at the Old Show Ground against Macabbi, Tel Aviv [Israel] - but the game was cancelled.

United left on August 4, 1963 for a pre-season tour to Jersey for training and also taking in three friendly games, a squad of 17 players were taken.

It's still quite a popular thing among the bigger teams in the Premier League, but the Iron also historically took part in some post-season tours, mainly in the sixties and seventies. 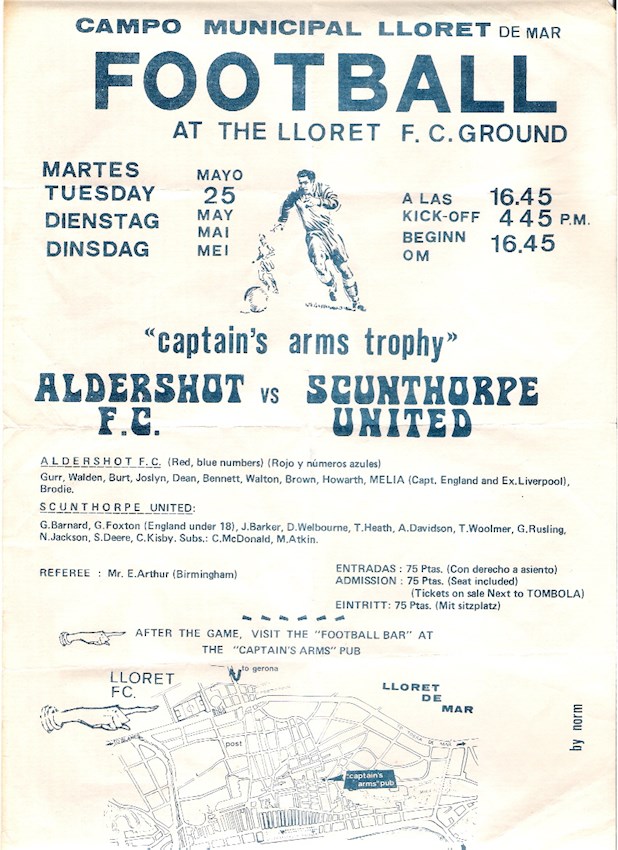 The Iron concluded the campaign by taking a two-week tour of Spain in May 1971.

United were based at Lloret de Mar and were originally expected to play four matches against Spanish Third Division clubs. In the end, Scunthorpe faced one Spanish side and one English side while over in the country. This was because the local sides faced a backlog of fixtures due to adverse weather conditions which had seen a number of their domestic encounters postponed.

Nonetheless, the side concluded the campaign with a 1-1 draw against Manresa and a 3-2 victory over Aldershot, despite the latter opponent originally thought to be Stockport County only 48 hours prior. 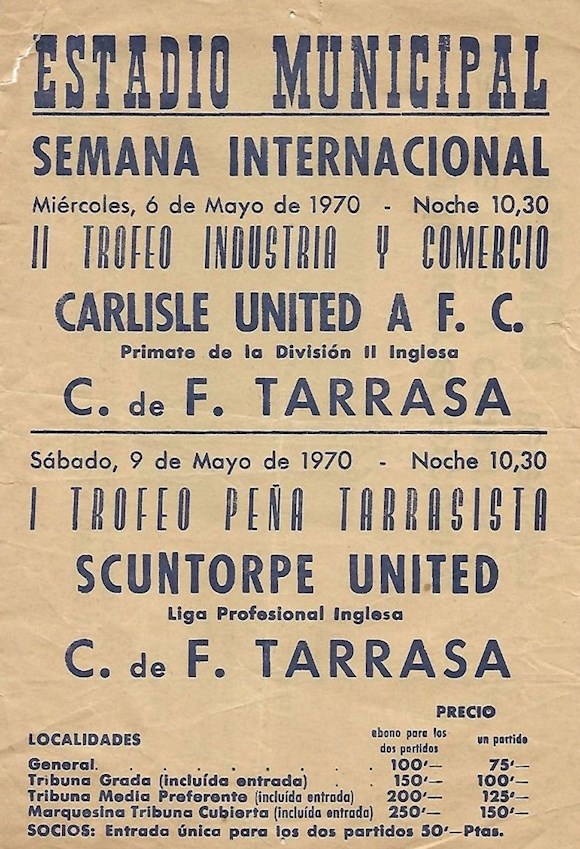 Based in Lloret de Mar, the Iron faced four post-season fixtures while on a post-season tour of Spain.

Maresa, Hospitalet, Tarrasa and Calella were the opposition for the 15-man squad with all matches played within five days, including the final fixture which was in front of 3,000 people at the Municipal Stadium.

As the poster shows to the left, Carlisle United were also opposition for the Tarrasa side.

United took part in a close-season tour where they played two fixtures in Ibiza and two in mainland Spain. Denia and Villarreal were the opposition on the Spanish island and Benidorm FC were twice the opponents in mainland Spain. 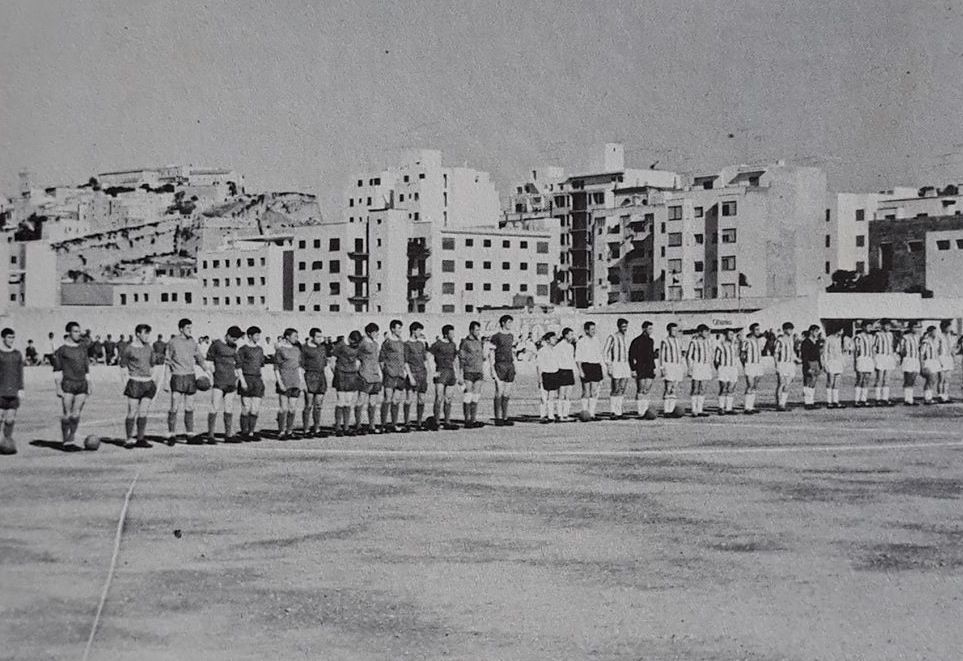 While on an end-of-season tour of Ibiza, the Iron played a two-legged encounter against a select XI, winning a trophy awarded by a local businessman 5-3 on aggregate.

All the first team players who didn’t play first game got a game in the second game including keeper Brian Reeves in goal.

The Iron took a side of 15 players to an end-of-season tour of Central France in May 1959.

The side took part in three festival matches, winning two and losing one over a four-day spell. 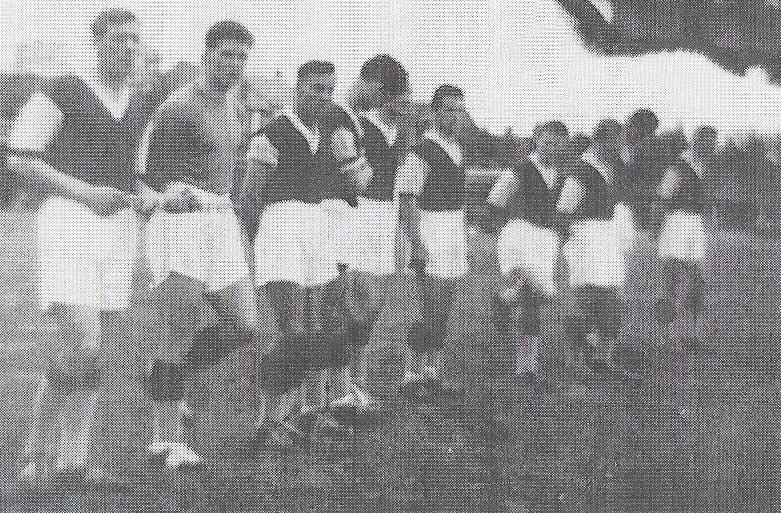