The Iron have started 2018 with a 1-0 victory over Bury at Glanford Park. 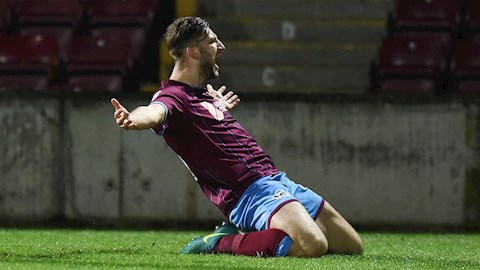 It took them 86 minutes to break the deadlock, but centre-back Charlie Goode ensured his side collected all three points.

Manager Graham Alexander made two changes to his starting eleven, which saw Lee Novak return to the side, along with Levi Sutton.

The Iron got off to a positive start and Duane Holmes tried his luck in the sixth minute with a speculative long range volley, but the ball looped over the crossbar.

Holmes was again on the ball in United’s next attack, playing in Conor Townsend on the left, who put a teasing cross into the area. The ball skipped through the box, awaiting an Iron touch, but it bounced out for a goal kick.

After more pressure from the home side, Townsend looked to score his third goal in four games from 25 yards out. He collected the ball after Kevin van Veen had lost it, trying to curl it into the bottom corner but it rolled wide of the left post.

One minute later, Novak had an opportunity. He controlled the ball with his back foot, cutting inside onto his left foot, but his effort was comfortably saved by Leo Fasan.

Matt Gilks then made a smart save to deny Neil Danns. The Bury midfielder pulled the trigger from outside of the box, but the Iron shotstopper flew to his left to parry out the strike.

Danns again had a shot for the visitors in the 29th minute. It set up nicely for the Bury player, who swung his left boot at the ball, with his volley flying over the bar. 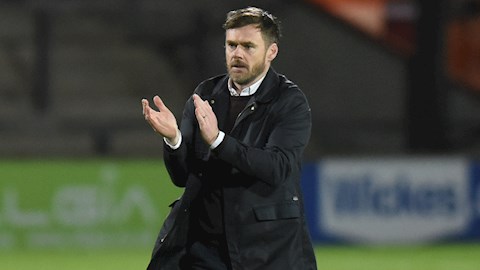 Gilks again had to be alert in the 38th minute, although Callum Reilly’s shot was a straightforward stop for the Iron goalkeeper.

Reilly tested Gilks again in stoppage time of the first half. Space had opened up for the midfielder, who drove a left footed shot, which was held onto by the goalkeeper.

The start of the second half saw Cameron Burgess make an impressive block as Harry Bunn struck from inside the Iron’s box.

That was before Holmes adventured forward for the Iron. He picked up the ball on the halfway line, taking it to the edge of Bury’s box, unleashing a swerving shot which was pushed away by Fasan.

In the 64th minute, Gilks made another good stop to deny Michael Smith. The striker worked the ball onto his left foot, striking a powerful shot, but the captain kept hold of the ball.

The Iron came close to getting a goal in the 79th minute. A good passage of play allowed Townsend to cross to the near post, but Novak’s header was deflected behind for a corner.