It was a superb day for the 'A' and 'B' sides on Wednesday afternoon as they came away with a 100% record from their four encounters at St George's Park. 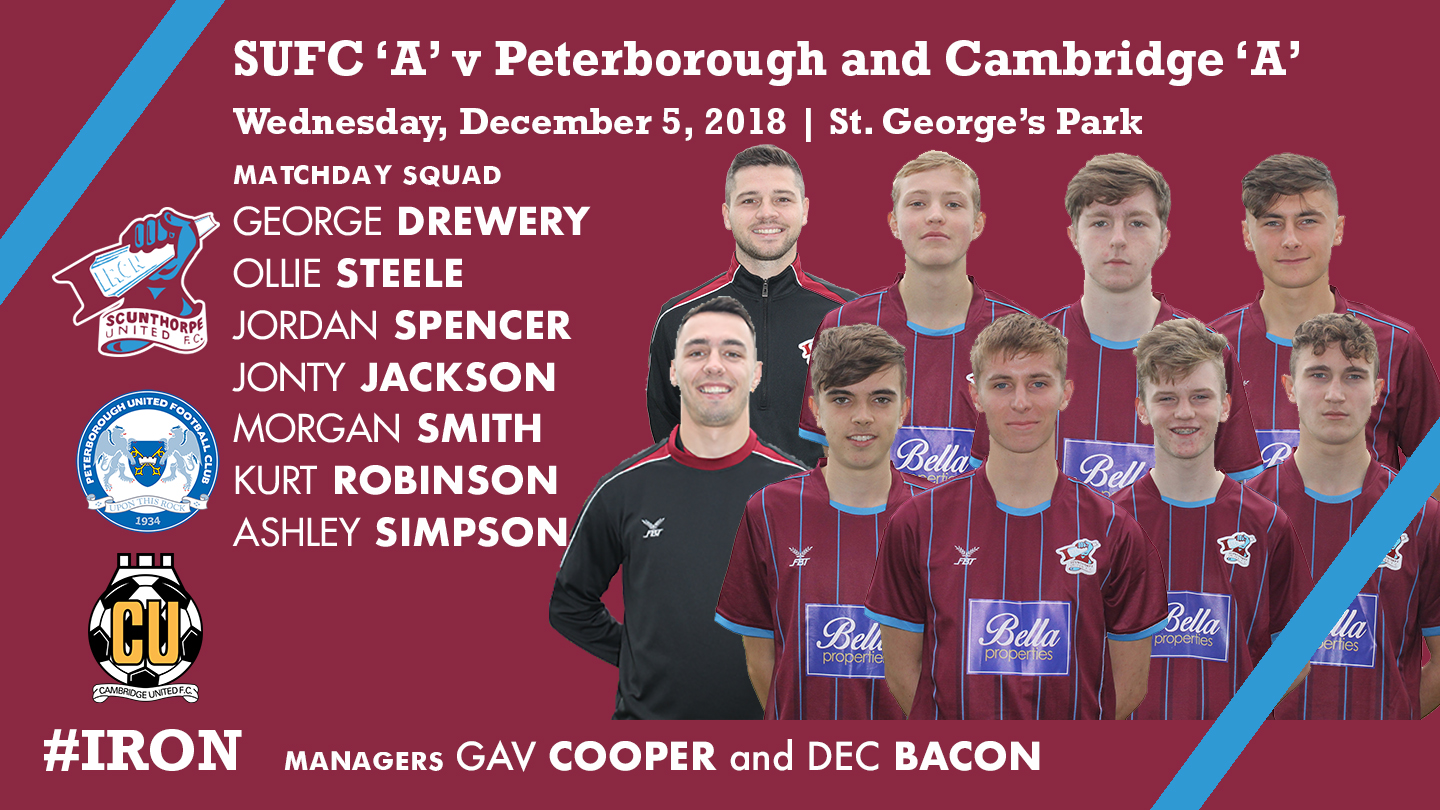 The 'A' team got their day underway with an encounter against Peterborough United and were soon ahead via Jordan Spencer who added to his growing tally of Futsal goals.

Ollie Steele added a second before Morgan Smith netted a quickfire hat-trick to make it 5-0. Ashley Simpson and Jonty Jackson would make it 7-0 before the opposition got one back. Smith and Spencer would both net once more each to make it 9-1 and complete the rout in a game full of attacking Futsal.

Their second game would be the fourth overall for the two sides and despite the large break, Jackson would make it 1-0 to the Iron against Cambridge United's 'A' team.

Simpson made it 2-0 while Steele and Kurt Robinson would double that advantage. Simpson added his second and Scunthorpe's fifth before Smith, Robinson and Jackson completed the rout. The side couldn't keep a clean sheet though as they recorded an 8-1 win. 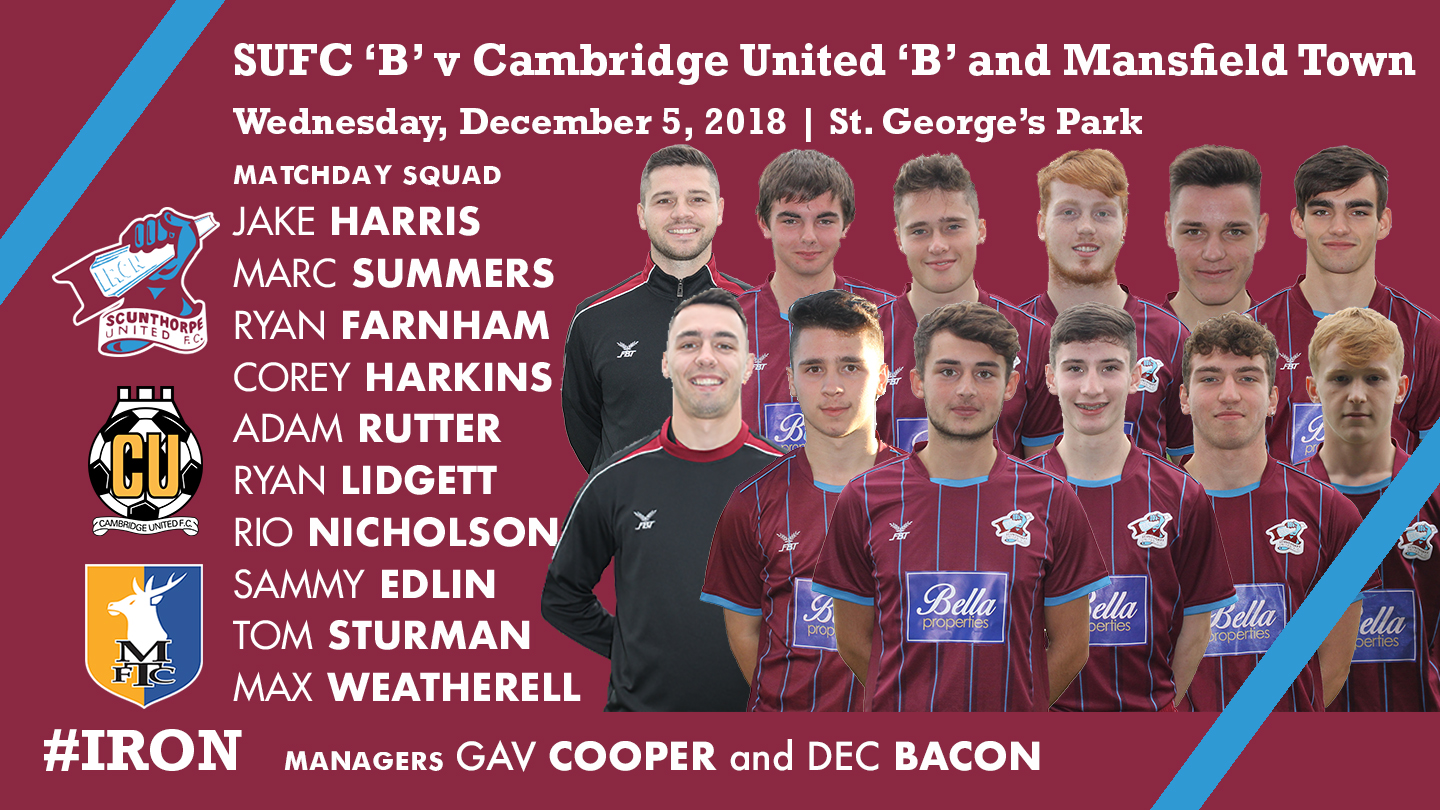 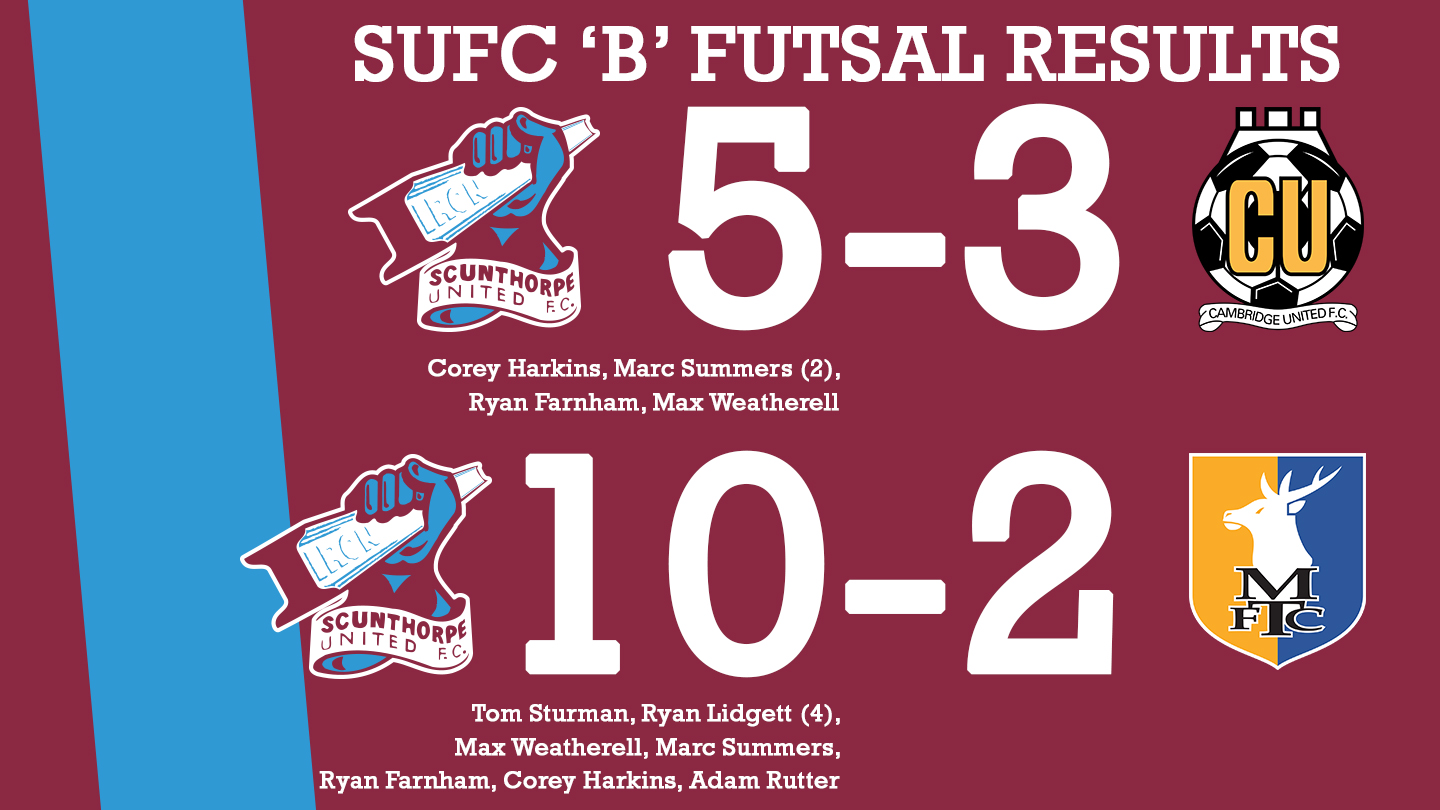 The 'B' side faced a Cambridge United 'B' team first and were quickly off the mark with a goal from Corey Harkins. Despite this early advantage, the opposition would level before Marc Summers restored the lead soon after.

The U's would make it 2-2 before Summers would get his second and the Iron's third of the game but Cambridge came back again and levelled at 3-3.

Ryan Farnham would be credited with the match-winner with Max Weatherell getting Scunthorpe's fifth in the 5-3 win in what was a deserved win.

The team weren't able to rest and were straight back on the pitch for an encounter against Mansfield.

If anything, this allowed them to keep the momentum as Tom Sturman made it 1-0 shortly after kick-off.

The Stags did equalise but the side would then pull away with goals from Ryan Lidgett (2), Weatherell, Summers and Farnham making it 6-1 very quickly.

Lidgett would add his third of the game before Mansfield pulled one back. Farnham, Harkins and Adam Rutter would take the scoreline into double figures. 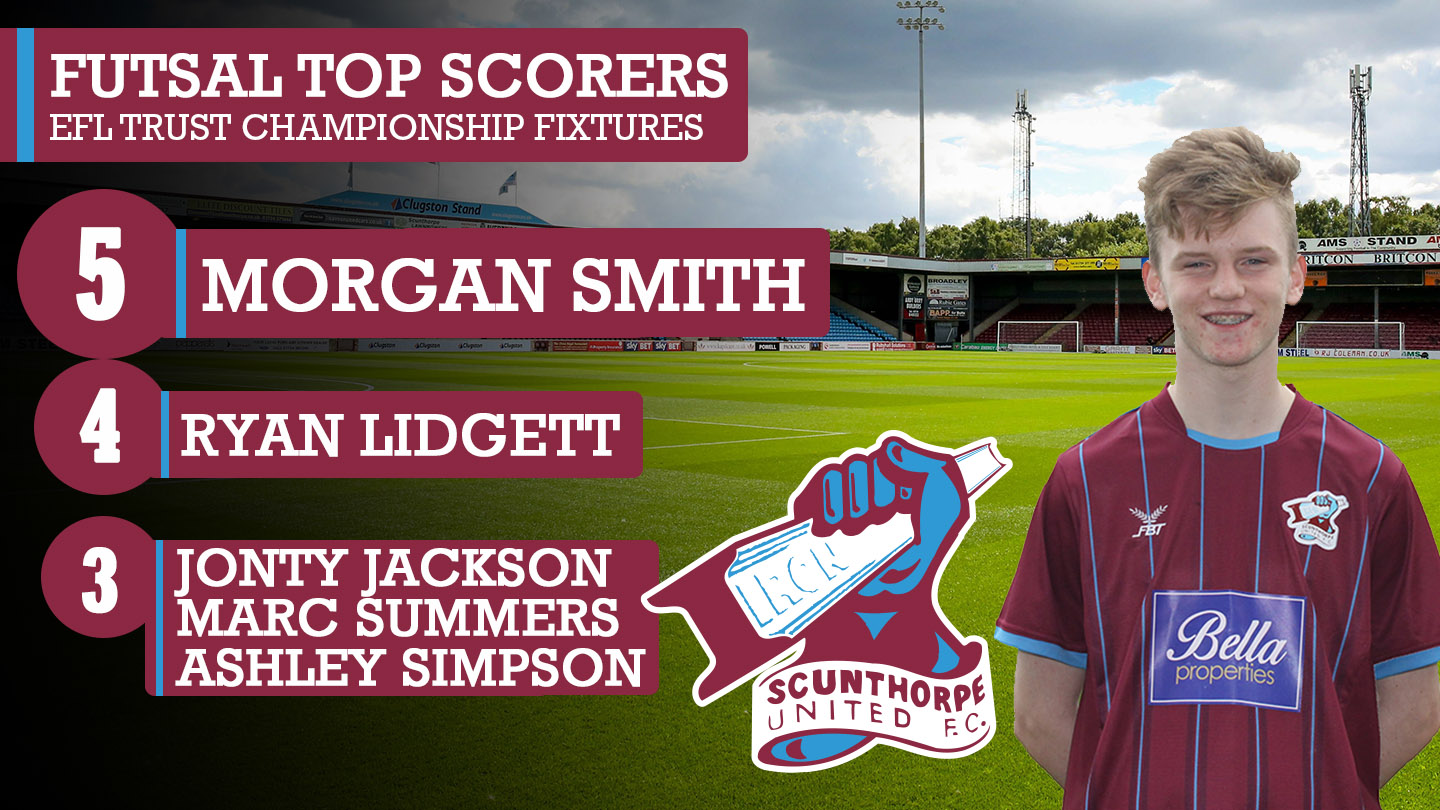