The Iron will be hoping to make it back-to-back wins with a victory at Peterborough United on New Year’s Day (3pm kick-off). 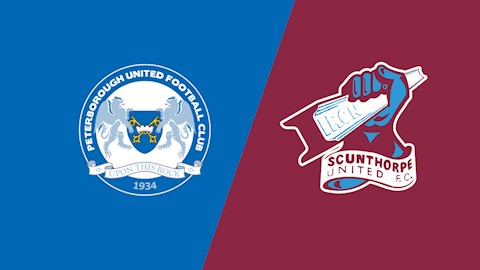 Pay on the turnstile at Peterborough United

Stuart McCall’s side arrested a run of six successive league defeats to defeat Wycombe Wanderers 1-0 at Glanford Park on Saturday, with Kyle Wootton netting the winning goal. We enter the game sitting 22nd in the table.

Meanwhile, the Posh sit fifth and were 4-0 winners at Accrington Stanley, with ex-Scunthorpe loanee Ivan Toney hitting a hat-trick.

Andy Dales was a substitute against Wycombe but came off soon after entering the pitch due to a neck injury, so will be assessed ahead of the Peterborough clash.

The Iron were beaten 2-0 by the Posh at Glanford Park earlier this season, with Matt Godden scoring a brace.

Peterborough hosted Scunthorpe last back in February, with a 2-2 draw played out.

In-form ex-Iron loanee Ivan Toney made it 16 goals for the season with his treble against Accrington Stanley last weekend.

The forward started his career with Northampton Town, before joining Newcastle United for an undisclosed fee.

Loan stays with Barnsley, Shrewsbury, the Iron (twice) and Wigan followed before his permanent move to the Posh last summer.

During his two stints in Scunthorpe colours, Toney notched 15 goals.