It’s derby day for the Iron this Saturday as they make the trip to take on Doncaster Rovers (12.15pm kick-off). 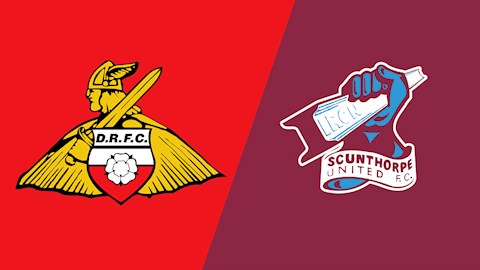 United come into the game looking to bounce back from last week’s 2-0 home loss to Gillingham, and seeking to climb the table from their current 20th position.

Rovers were 4-0 victors at Bristol Rovers and sit just outside the play-off positions.

Manager Stuart McCall reported no fresh injury worries, and was delighted to confirm Matthew Lund has trained pain-free all week after initially worrying there was a problem with his knee that needed a scan earlier this week.

Meanwhile, Jordan Clarke (shoulder) and Funso Ojo (hamstring) have stepped up their returns to training but the game will come too soon.

Our last game against Doncaster came in the Carabao Cup first round back in August, with the South Yorkshire side emerging 2-1 winners. Stephen Humphrys scored the Iron’s goal.

A summer loan signing from Liverpool, midfielder Herbie Kane has excelled at the Keepmoat Stadium so far this season.

The former England U17 international, now 20, is Bristol-born and has scored five times in 25 appearances in all competitions so far.

Rovers will be hoping to keep the talented loanee for the remainder of the season.