New United manager Stuart McCall will be looking to get off to a dream start with three points when his side visit Accrington Stanley on Saturday (3pm kick-off). 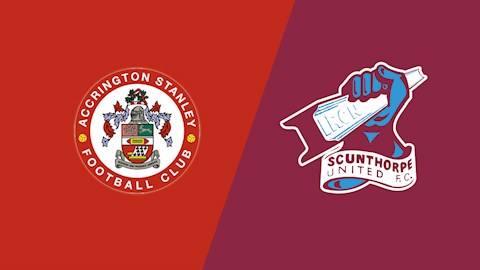 Pay on the day at Accrington Stanley

The Iron head into the game boosted by a much improved display in last week’s 2-2 draw against high-flyers Barnsley, and will be hoping to record their second league victory of the season.

Stanley, who won the League Two title last season, presently sit in eighth position and drew 1-1 away at Blackpool in their last league game.

With the exception of long-term absentees Matt Gilks (knee) and Rory Watson (broken arm), United almost have a clean bill of health.

McCall told the press on Thursday that there are slight doubts over one player, but he will be assessed on Friday and the boss is optimistic he'll be okay for the game.

Jak Alnwick and Ike Ugo, who both signed on loan from Rangers and Chelsea respectively on Thursday, could come into contention for their debuts.

United won 3-2 in dramatic fashion on their last trip to Stanley during February 2014. Sam Winnall, Hakeeb Adelakun and David Mirfin scored as they came back from two goals down on a rainy Valentine’s Night.

Former Iron striker Billy Kee returned for a second spell with Accrington Stanley in the 2015-16 season and became a key member of the squad.

The forward’s first taste of league football came with the Reds in a loan spell from Leicester City in 2009, followed by permanent spells with Torquay and Burton Albion that saw him cement a reputation as a lower league goalscorer.

His form brought a move to United but after a frustrating spell there he returned to the Wham Stadium, finding the net 17 times in 2015-16 as he led the Stanley line to great effect.

The frontman scored 15 times during the 2016-17 season as Stanley pushed for promotion, and followed that up with 25 goals the following season, being awarded the Golden Boot as the Reds were crowned champions of League Two.

ELSEWHERE IN LEAGUE ONE ON SATURDAY…