United manager Nick Daws says Cameron Borthwick-Jackson will be assessed ahead of Sunday’s League One trip to take on Sunderland. 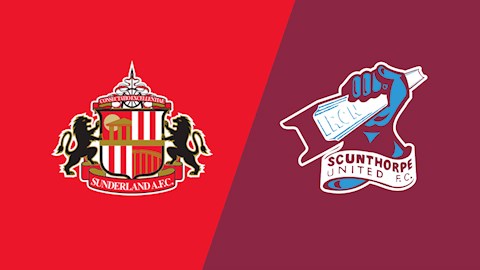 The on-loan left-back came off during the closing stages of the Carabao Cup clash against Doncaster Rovers in midweek, and a decision will be made on the Manchester United player on Saturday.

“Cam came off with a dead leg on Tuesday. He’s being assessed daily, so we’ll have a look at him on Saturday and see whether he’s got a chance of being available for Sunday,” Daws told iFollow Iron.

The game will come too soon for Funso Ojo though, as United look to get the midfielder's recovery right so he can come back firing on all cylinders as quickly as possible.

“He was back on the grass on Friday in terms of doing some running, but he didn’t join in with the football,” Daws said.

“From that point of view, he’s a step closer than he was earlier in the week. As we’ve said before, the important thing is to get the process right to get him back on the grass training fully and then in contention for starting.”

In terms of team selection, there’s a dilemma of the positive kind after Rory McArdle, Josh Morris and Ryan Colclough came into the side in midweek and received important game time.

Daws stated: “It was important we got some minutes into Rory McArdle and Josh Morris, as they’re two players who missed big chunks of pre-season. Ryan Colclough came in and played a key part in the game. We’ll build up towards getting those players into the best shape they can be.

“They all come into the thinking. We have to decide what’s the best team to approach a game away at Sunderland..”

Around 1,200 tickets have been sold to Scunthorpe fans in advance of the game and, with supporters being able to pay on the turnstile, it’s shaping up to be a healthy following from North Lincolnshire at the Stadium of Light.

The boss added: “We’re playing at a big ground against a team with a big following, and it’s a fantastic game to be involved in. I’m sure it was one most of the players and supporters of our club looked at, at the start of the season. It’s nice to go there early on and try to get a result.

“I fully expect there to be a huge crowd, and I know our supporters will also travel in numbers and be really supportive of us. It’s something our boys will really look forward to.”