We've got plenty going on this Saturday for the home clash against Walsall. 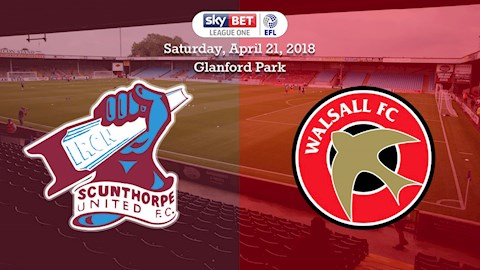 We have 12th Man packages on sale (though buy before 5pm on Friday for the best Early Bird discount) match tickets for all our remaining league matches this term. A full list of the matches we have tickets on sale for can be seen here.

Our club shop is also open from 9.00am, selling this season's replica kits and much more! Visit www.sufcshop.com to see the full range online, which includes the 20 per cent off all FBT replica kit and training wear offer.

1.00pm to 1.30pm - The players arrive
The Scunthorpe United players have to arrive at the stadium by 1.30pm for their pre-match meeting, so if you're around main reception at this time, you'll stand a great chance of getting your autographs!