The Iron’s academy has welcomed two new coaches to their ranks.

Matt Chatfield joins from Rotherham United’s youth set-up as the Foundation Phase Lead Coach while former player Steve Thornber also becomes a part of the structuring of the academy taking an interim role. He assumes the role of Youth Development Phase Lead Coach on a temporary basis while Kev Austin remains off on sick leave.

His most recent appointment in coaching came at Bradford City where he was Head of Academy Coaching before a restructuring saw him depart the Northern Commercials Stadium in the summer.

“We’ve been those two staff down since the start of pre-season, so it’s been very difficult and testing. Nev Burbeary has also been off after being the victim of a car collision in early-August, so we’ve been three full time staff down out of six. It’s just been myself, Andy Dawson - who is in charge of the under-16’s to under-18’s - and Daz (Mouatt, physiotherapist) up until now.

“Matt joins us from Rotherham United, where he was working part time. For that role, we went through the application and interview process and he interviewed very well. He’d been coaching the under-10’s at Rotherham, but has now been with us for four weeks.

“Steve is another ex-player of the club, of which we have a few, which is great. I think it always helps having a former player as they have an affinity with the club and understand the culture. He comes in to oversee the department on an interim basis.

“I look forward to working with them and I am sure that they can bring the appropriate skills to help the academy develop players for the future of the football club.”

Following a number of personnel changes within the academy, please see below a guide to all who are involved. Click on the image to open a larger PDF version. 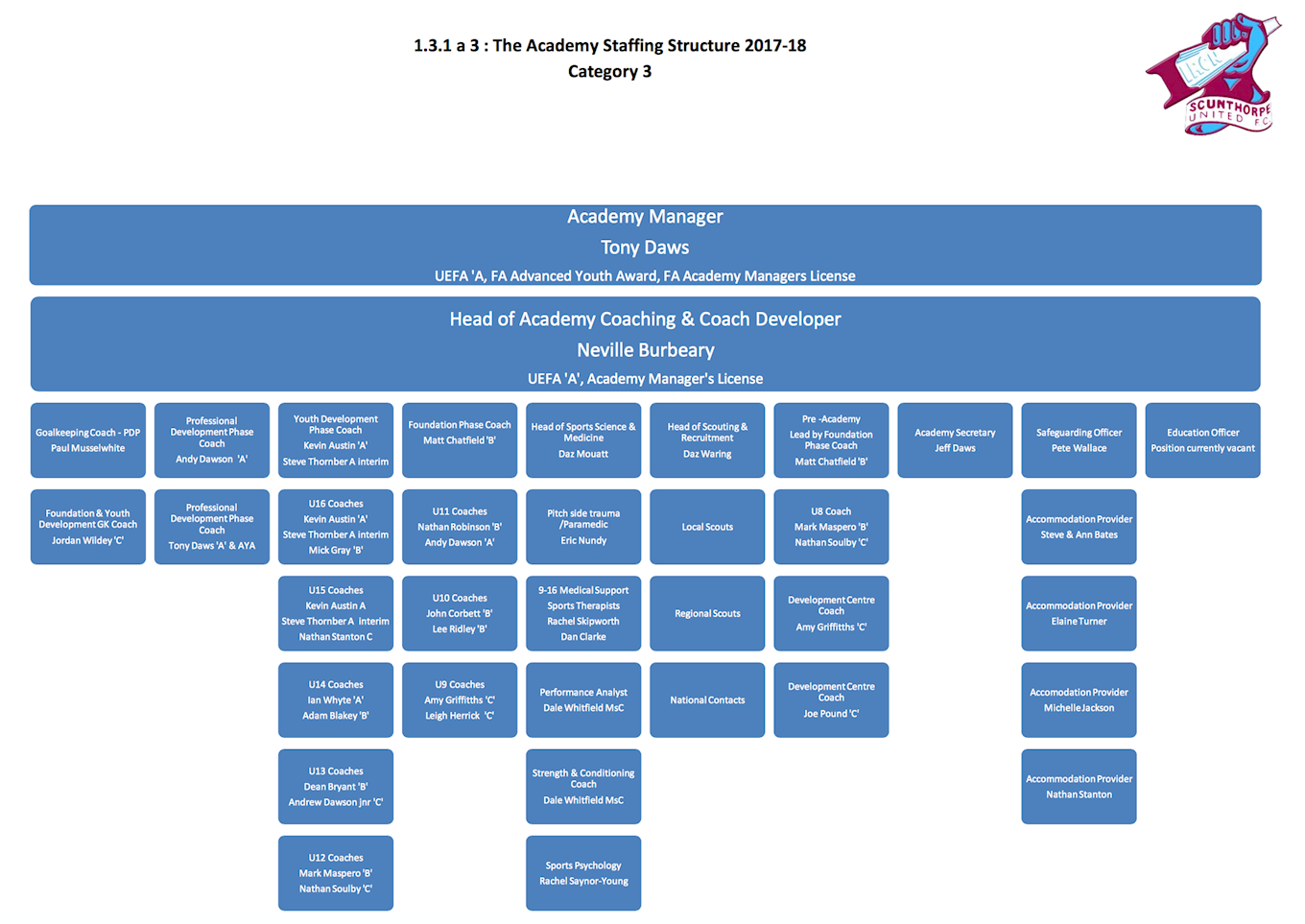