The opening matches of the Sky Bet EFL season will be available worldwide for the first time in English football through the EFL’s new digital streaming platform iFollow.

Launched for the 2017/18 season, more than a million people have already visited the iFollow club platforms ahead of the new campaign, with the innovative service set to revolutionise the way overseas EFL fans follow their team.

More than 1,500 matches will be available in HD quality this season across the iFollow network or comparative club service*. Subscribers will pay the equivalent of £110 per season for the service which will provide coverage of up to 46 live games per club.

League matches selected for live TV coverage, including those on Sky Sports and one other Saturday 3pm kick-off that will be broadcast internationally, will NOT be available to stream on iFollow.

On the opening weekend, Iron fans who live abroad will be able to watch the home encounter with AFC Wimbledon at Glanford Park streamed to iFollow. 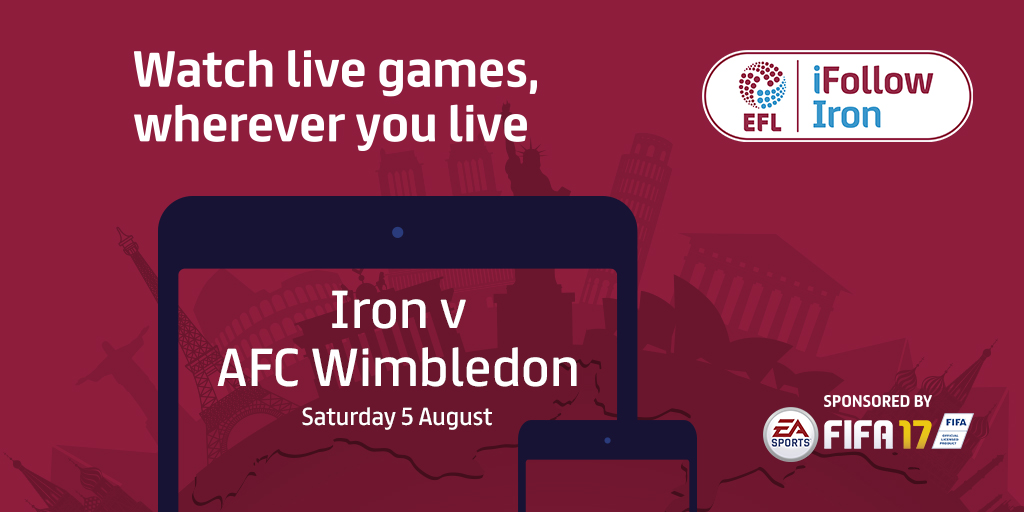 iFollow and the EFL’s new club websites have been optimised for all devices ahead of the 2017/18 campaign. Fans based in the UK and Ireland will still also have access to live audio commentary, highlights packages and exclusive content as part of the new offering, rebranded to replace the EFL’s former PlayerHD platform.

SH: For football fans - wherever they may be in the world - fixture release day is one of the most eagerly anticipated dates in the calendar and this year it has added significance as we are in a position to announce the opening weekend’s games that will be streamed live on our new iFollow service in what is a first for English football.

We are confident that iFollow will revolutionise the way thousands of EFL supporters overseas gain access to their Club, which will not only provide a potentially significant new revenue stream for our clubs but also help raise the profile of our competitions on the international stage.