With less than a week to go until the fixtures are released, we continue a new feature taking an in depth look at all the teams in Sky Bet League One for the 2017-18 campaign, looking at Bradford City. 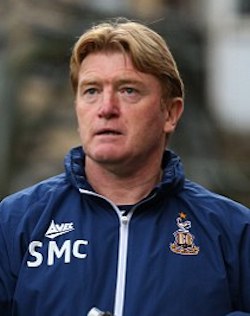 A Bradford City legend, McCall came through the youth ranks to sign professional for the Bantams in 1982 making around 250 appearances in a six year stint in midfield before signing for Everton in 1988. After three years there, he made the switch to Rangers where he played 200 times before a return to Valley parade for four further years in 1998. He'd complete his playing career at Sheffield United, retiring in 2005 with 40 caps for Scotland.

This is McCall's third stint in charge of Bradford City, with him guiding the side to the League One play-off final in the first campaign since his return. 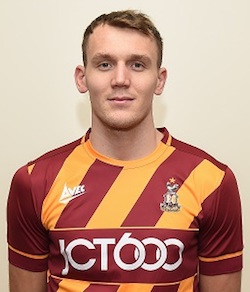 Charlie Wyke
He signed for Bradford City for an undisclosed fee on transfer deadline day in January 2017, alongside Jacob Hanson, Kevin Toner and Matthew Penney.
Wyke took just 15 minutes to score on his debut for the club, scoring in a 2-2 draw at home to Gillingham four days later. He then scored a brace in another 2-2 draw later that month, this time at home to play-off rivals Bolton Wanderers.

Wyke, 24, scored 32 league goals in 77 league games for previous club Carlisle United and joined for an undisclosed fee on a two-and-a-half-year deal.

Valley Parade has been completely rebuilt since the mid-1980's but it is a strange stadium in the sense that one side is large and rather spectacular and the other is very small. The two-tiered two sides which are merged by an corner are a good spectacle, while the other long stand is a single tier.

Away fans are situated behind the ground in the TL Dallas Stand which is an odd-looking small double decker stand. 1,840 fans can be accomodated here with the best view in the top tier of the stand. If demand requires, some fans can be situated in the Midland Road Stand. 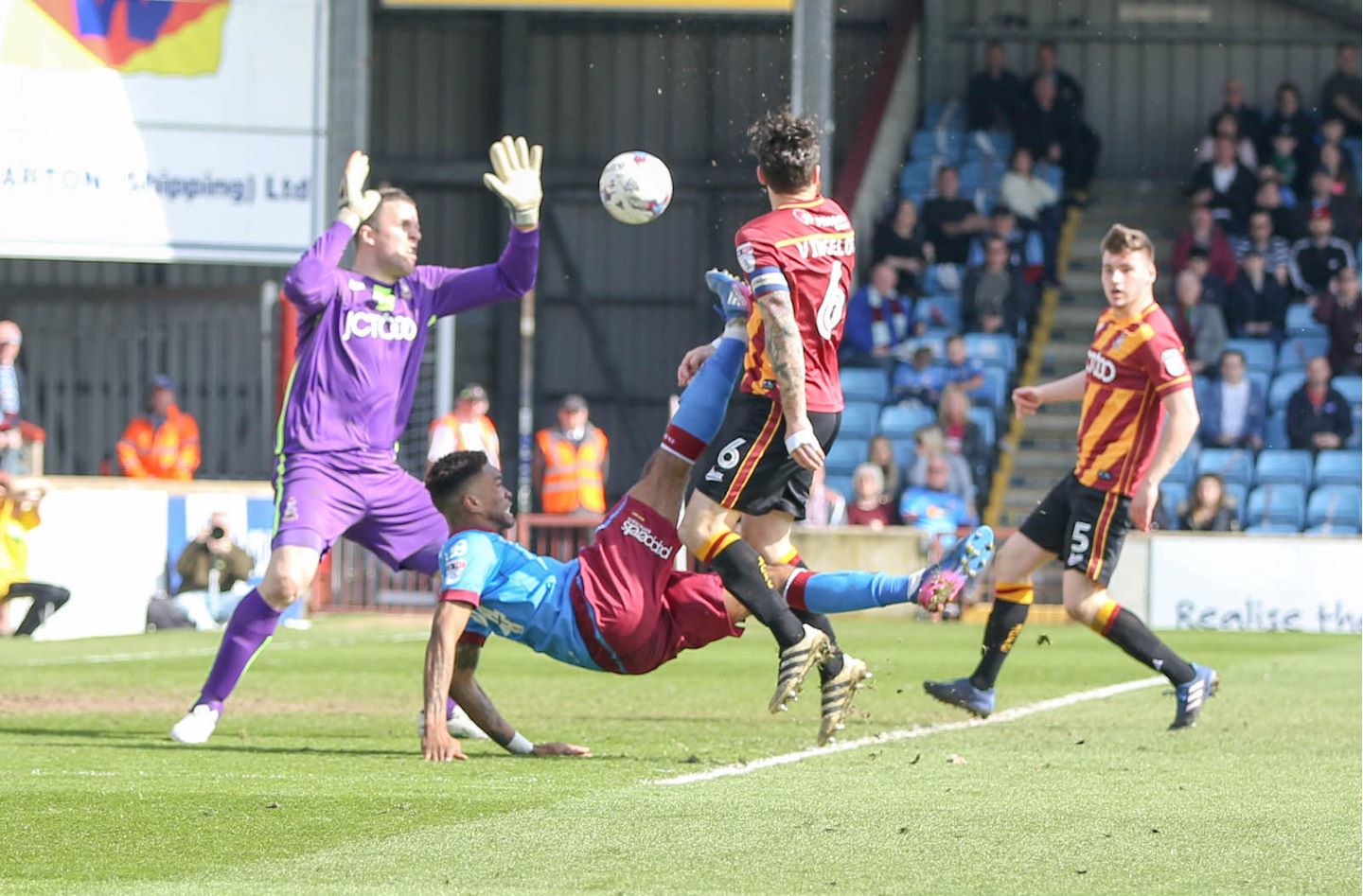 The Iron went ahead, behind and eventually came back to claim three points against play-off rivals Bradford City in front of the Sky Sports cameras.

Newcastle United loanee Ivan Toney broke the deadlock after three minutes as he peeled away from a Josh Morris corner to smash into the roof of the net. Kevin Toner and Alex Jones bagged two quickfire strikes to put the Bantams ahead at half time, with the score 2-1 to Bradford after just 16 minutes.

Toney grabbed his brace two minutes into the second half as he broke the offside trap from a Hakeeb Adelakun ball, controlling and overhead kicking into the net.

Matt Crooks, on loan from Glasgow Rangers, bulleted home the winner, connecting with another Morris delivery.

We've taken a look at the latest Sky Bet odds ahead of the League One campaign to see how the bookmakers think the Bantams will fare in 2017-18.