Tom Hopper says he has recovered well from the shin injury that he picked up at the end of last season.

In an interview with iFollow Iron, the 23-year-old revealed how he is looking to kick on in pre-season and over the course of the 2017-18 campaign now.

ON HIS PRE-SEASON SO FAR…
TH: It’s been good to be back in and amongst it with the boys. It’s been tough and the sooner you get your head around the fact that there’s no such thing as an easy pre-season then the more enjoyable it can be. It’s good to be back with the lads now and back amongst it.

ON HIS FITNESS…
TH: I’ve been in a lot with the physios and the other injured lads, so I’ve not been away from here too much through the summer. However, it’s been good to get it all ready and sorted for pre-season - so touch wood it’s all going well.

ON HIS INJURY…
TH: It has healed up, which is good. I managed to get the green light just literally the day before the start of pre-season from the specialist. Now that should continue to heal and hopefully just continue as normal. It’s never nice to have an injury but, as far as injuries go, it’s good to be ready for pre-season. No-one wants to miss out on pre-season. You don’t want to be falling behind the other lads in fitness. You want to do as much of it as you can.

ON FIGHTING FOR HIS PLACE IN THE TEAM…
TH: You want to be seen to be a part of it and you want to get your fitness levels amongst the other lads. As much as we are a team we are also competing with each other throughout pre-season to be in the starting line-up for the first game of the season. 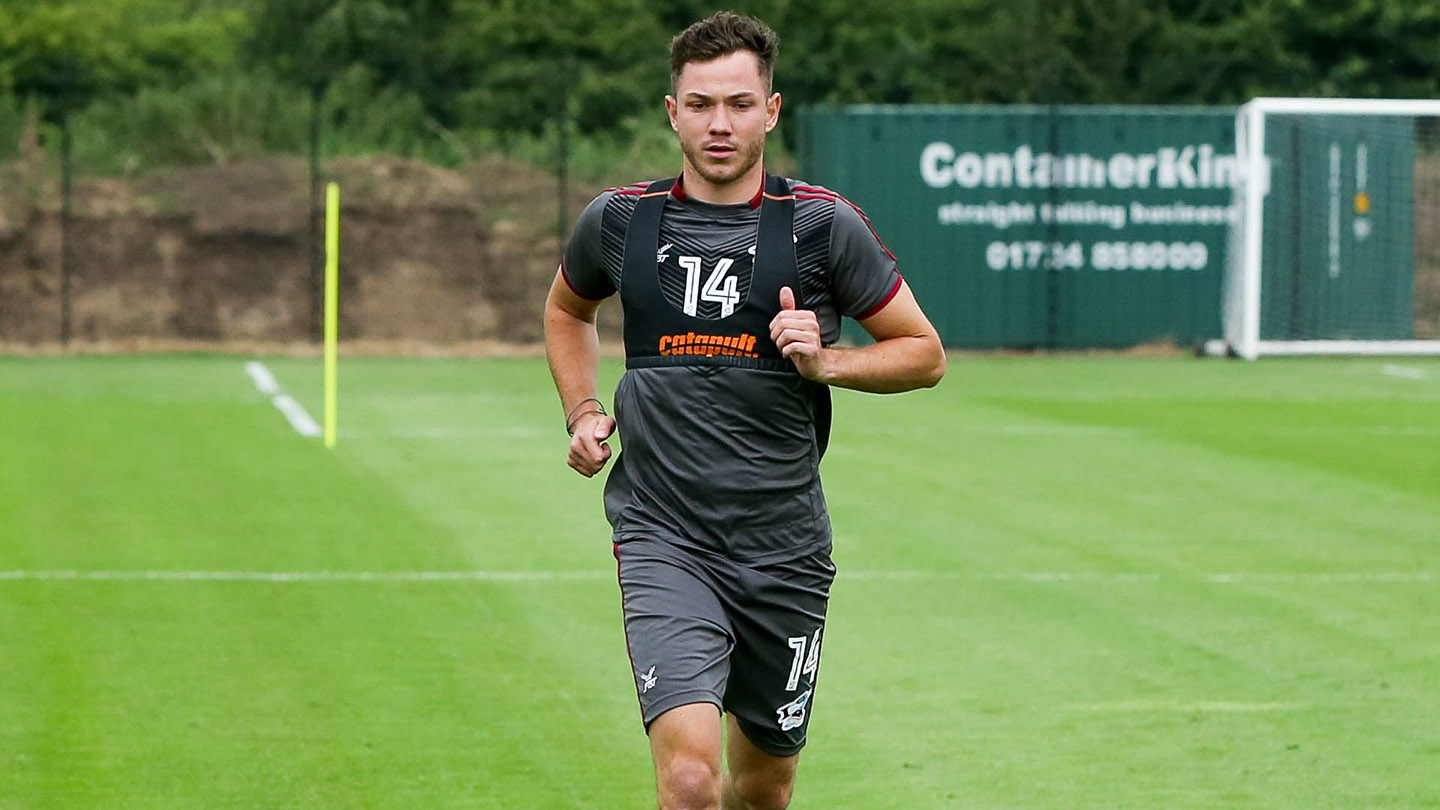 ON PLAYING AGAINST NORTH FERRIBY…
TH: It’ll be nice. It’ll probably feel a bit strange for everyone to be back out on the pitch. The games can’t come quick enough in pre-season because we would all much rather be doing that sort of running than running between poles. There’s nothing like match fitness, so the quicker we can get to doing that the better.

ON THE NEW SIGNINGS…
TH: They’ve all come in and not many of us know them, but they have fitted in really well. It's an easy bunch of lads to come into because we all get on really well.

ON THE UPCOMING SEASON…
TH: We were disappointed not to do what we set out to achieve last season so we will have to improve on that again this year. That’s our aim. We all want to go out and do that, and show who we are.

ON HIS PERSONAL GOALS…
TH: The goal is always to stay fit and play well, and if you do that then the rest will take care of itself.

See much more from Tom Hopper on iFollow Iron.