A week after the 30-year-old first met his new team-mates, United have undergone several training sessions and are building up fitness ahead of the season opener versus AFC Wimbledon at Glanford Park on Saturday, August 5th.

The summer signing from Bradford told iFollow Iron he is looking forward to playing in his first pre-season friendly when his side visit North Ferriby United on Saturday.

ON HIS FIRST FEW DAYS AT GLANFORD PARK…
RM: It’s been good. It’s always a bit different coming into a new environment, having been at my previous club for five years or so. There are a few faces I recognise from playing against Scunthorpe over the years. I know Josh Morris from my time at Bradford and Nathan Stanton (kit manager) from his time playing alongside me at Rochdale. The lads have been great and have made me feel welcome and part of the group already, which really helps. The more we train and work together, we can build on that and hopefully become successful.

ON THE FIRST FEW SESSIONS
RM: it’s been tough but it’s pre-season and it’s never easy. We were eased into it last week. If you come in and do everything 100 miles per hour every day you start picking little niggles up, so the first week was about getting in the building, used to each other and slowly start building into it. We’ll then get the pre-season games out of the way and look forward to the first game of the season. 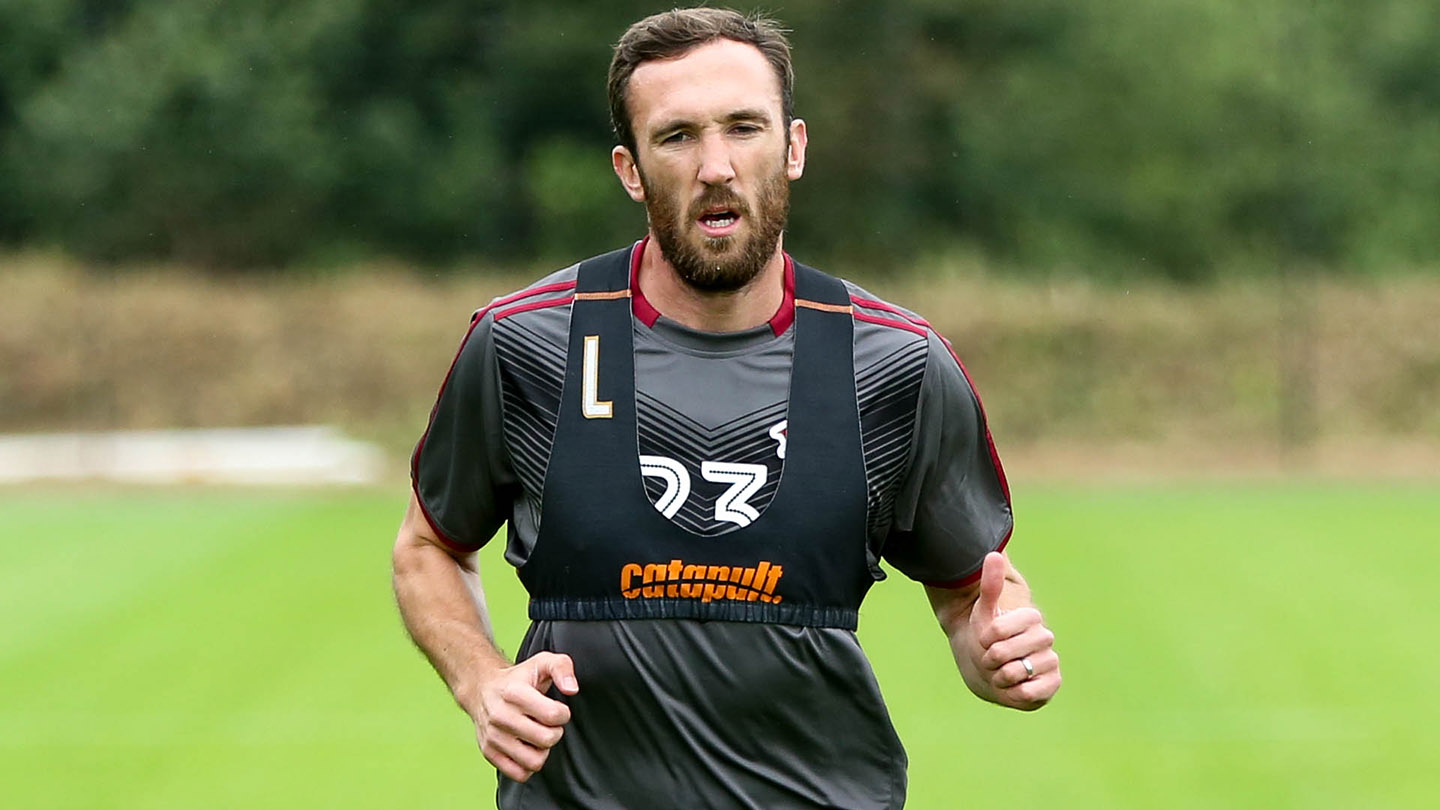 ON THE NORTH FERRIBY FRIENDLY…
RM: The fixtures are coming around quickly, and we’re building on things in training. The gaffer will implement how we wants to play in the pre-season games.

ON THE TRIP TO AUSTRIA…
RM: The pre-season trip is a good way for everyone to get together. You spend 24 hours with each other every day. It’ll be tough I’m sure, but they are the kind of sessions that help bode well for the season. If you build those relationships in Austria where it’s tough and you get someone through, it’s what you need on the pitch.

ON TAKING THE NO 23 SHIRT…
RM: It’s just a number I’ve always had really to be honest. It was one of my first numbers at Rochdale and I also had it for the last five years at Bradford. It was available so I thought I’d carry on in it really. I’m happy with it.

See much more from Rory McArdle on iFollow Iron.