Paddy Madden was delighted to see the goals flowing through the side on Saturday, as the Iron competed in their first pre-season match ahead of the 2017/18 season.

Madden took time to speak to iFollow Iron post-match about how the team’s pre-season has shaped up so far.

ON THE RESULT…
PM: It was a good workout for the boys. North Ferriby were a good side for us to go up against first, but I think our fitness showed in the end. The gaffer has been working on the way he wants us to play, and for the start of the new season. We took that on board, and pressed from the front, and when you press from the front, you’re going to get chances. It was a good workout, and I’m just happy to get another win.

ON HIS THREE SECOND-HALF ASSISTS...
PM: It would have been nice to get a couple (of goals) myself, but the main thing was that we won, so it was nice to get a few assists. It was good to see the young lads, Kyle (Wootton) and Noel (Burdett) banging in a few goals.

ON THE IRON'S IMPRESSIVE YOUNGSTERS…
PM: I thought (Lewis) Butroid at left-back was magnificent. He was overlapping all half, and he’s a good lad off the pitch who keeps his head down. Then there was George (Hornshaw) and Sam (Lilley), the two lads in the middle that did well, so it’s looking good for the future.

ON THE POSITIVE ATMOSPHERE IN THE CAMP...
PM: It took us all a few weeks to get over the heartache (of last season), but we had to get over it and make sure the batteries were recharged for when we came back in. We can’t dwell on it, last year is gone now so it doesn’t make a difference. If we dwell on it, it’s just going to hinder our season this year. We’ve all come back positive, and we’re going to give it a good go this year again. 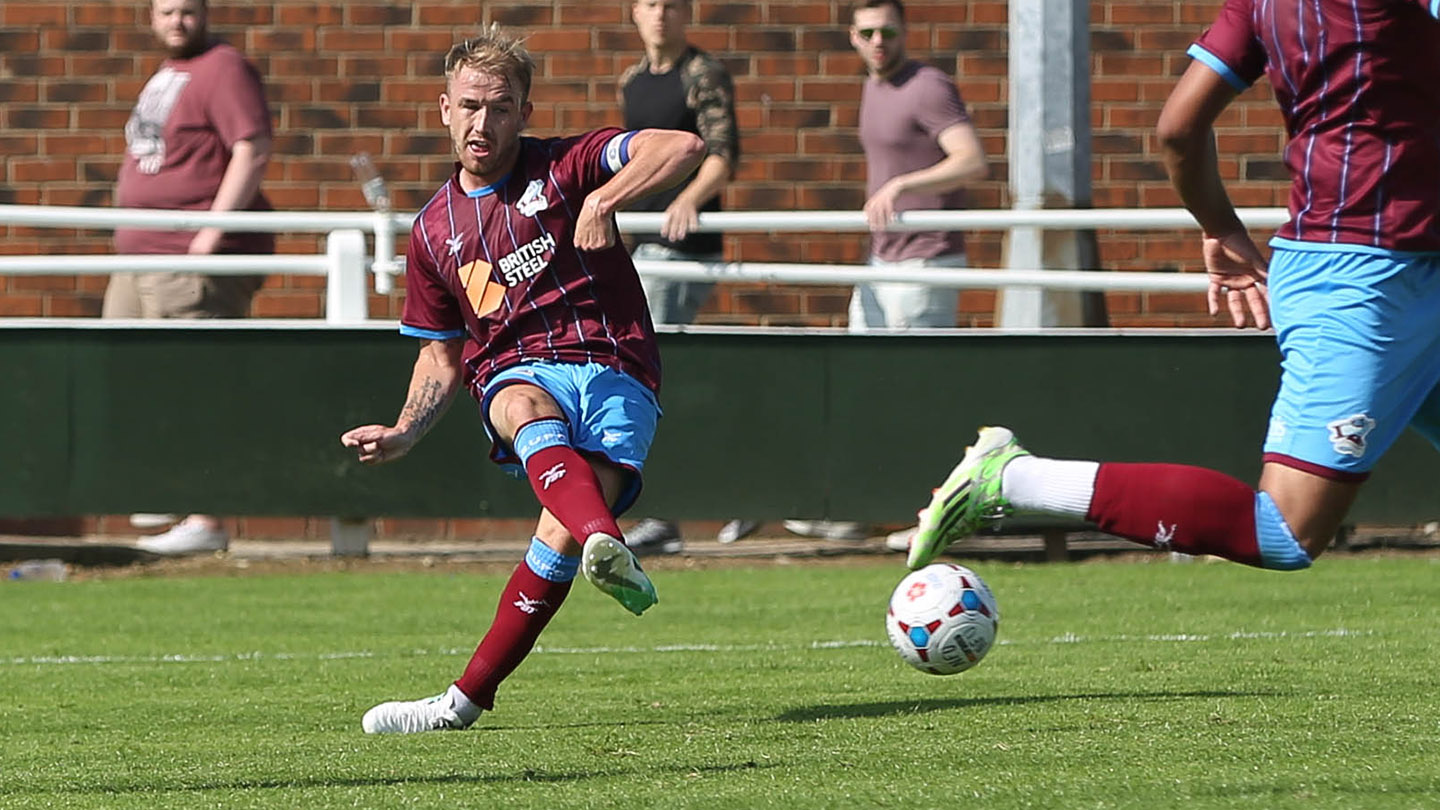 ON HIS PERSONAL TARGETS FOR THE SEASON...
PM: A good pre-season is very important for me. Last year I was nowhere near my best. I still got 11 goals, but 11 goals for me is quite poor. I have confidence in myself to get over 20 every season, if I’m fit. I’m feeling much sharper already this year, and hopefully no injuries come and I get over 20 goals.

ON WEDNESDAY'S TRIP TO FACE YORK...
PM: It’s going to be another tough game, as York are a good side. It will be good to get some more minutes under our belts, and we will look forward to it.

ON THE PRE-SEASON TRIP TO AUSTRIA...
PM: The holidays are gone now, and we’ve had our little time to relax over the summer. We will all go to Austria, and we’ll all work hard like we did last year. It’s a great spot to keep our heads down, and get our training and fitness in.

See much more from Paddy Madden on iFollow Iron.