Iron striker Jonathon Margetts has joined League Two side Crewe Alexandra on loan until the end of the season.

A deadline day signing for Scunthorpe during the previous transfer window in August from Lincoln City, the forward has found first team opportunities hard to come by at Glanford Park, making five substitute appearances and scoring one goal. 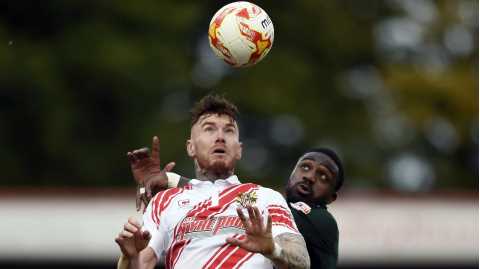 That strike came in United's 2-0 victory over Shrewsbury Town in the Checkatrade Trophy on his debut for the club.

A product of the Hull City academy, the 23-year-old joins the Railwaymen in time for their away fixture at Exeter City on Saturday.