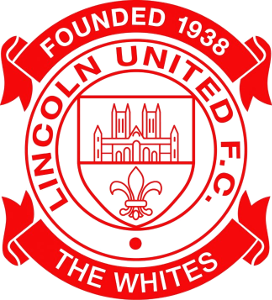 Raynner Silva was on target as the Iron’s Under-23s were narrowly edged out in their pre-season friendly at Lincoln United on Saturday, losing 2-1.

With three minutes on the clock, there was strong defending from Charlie Barks to shrug a Lincoln forward off the ball after a dangerous counter-attack.

Five minutes after, a ball was sent into the box from the right-hand side by Tom Pugh to Joey Dawson, who chested down but couldn’t get his shot off.

Soon after, Jai Rowe beat three men down the right-hand side and was unfortunate not to earn himself a free-kick near the corner flag, where he was dispossessed.

Then, on 15 minutes, an Iron corner was taken by Pugh, narrowly missing the head of Jo Cummings for what would have been a certain goal on the edge of the six-yard box had he connected.

Two minutes later, the hosts took the lead, as a forward latched onto a loose ball to round the goalkeeper and slot in.

Midway through the first half, Mason O’Malley turned defence into attack with a great tackle. His pass found Dawson, who in turns picked out Potts. His shot was then saved by the Lincoln goalkeeper.

Moments later, Dawson again assisted as Silva’s shot was blocked for a corner. The subsequent set-play was cleared.

Dawson held the ball up well on 26 minutes and found Omar Sanyang, making a darting run down the right. He was clattered right on the edge of the box, for an Iron free-kick. O’Malley took the set-piece from 18 yards, and whipped the ball narrowly over the crossbar.

There was a swift Iron counter-attack on 35 minutes as Silva picked the ball up just inside the Lincoln half. His pass found Sanyang on the move, who shot from outside the box but his effort was blocked.

Minutes after, an Iron free-kick was taken by O’Malley from the right edge of the box. It was whipped onto the head of Rowe, who glanced it wide of the far post.

Against the run of play, Lincoln made it two in the 42nd minute as their two forwards combined to slot in at the far post.

The Iron pulled one back straight after the half-time break, as Dawson picked the ball up inside the Scunthorpe half and switched play to Silva, who used trickery to send a defender the wrong way and slot past the goalkeeper inside the box.

Four minutes later, the away side came close again with Dawson once more the orchestrator, finding space in the Lincoln half. He laid the ball off to Sanyang, whose low drive was saved down to the goalkeeper’s right.

With 65 minutes gone, Pugh’s deep cross from the left almost found the head of Sanyang at the back post. Then, straight after, the resulting corner from O’Malley almost found Cummings, but he just couldn’t quite get on the end of it.

After 68 minutes, Hornshaw slipped a ball into Potts, who dragged the ball narrowly wide of the goalkeeper’s left post.

With 72 minutes gone, Pugh’s defence splitting throughball found O’Malley near the byline, whose low cross was blocked away for a corner. A short corner was then played to Sanyang, who beat one man, and another shot was blocked away.

With around ten minutes left, Silva attempted a long-range strike from 30 yards, which went over the crossbar.

There were a number of substitutions made as United tried to get game time into more of the group.

The last half-chance came after patient play involving six players, which saw the Iron earn a corner after O’Malley’s teasing ball was cleared. The resulting set-play came to nothing though.

The Under-23s return to action with a friendly at Frickley Athletic on Tuesday night.

Ticket news has been confirmed ahead of the Iron Under-23 side’s pre-season friendly at Lincoln United on Saturday, July 20th (12noon kick-off).

The game is pay on the turnstile prices, with prices as follows: