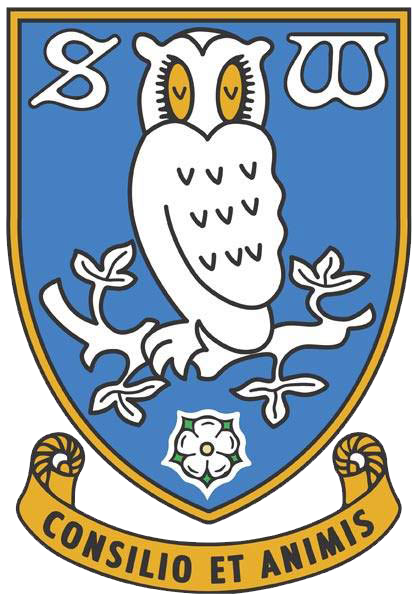 The Iron were narrowly edged out against a very strong Sheffield Wednesday XI made up almost entirely of first team players at their training ground on Monday afternoon.

Goals from Ryan Colclough and Yasin Ben El-Mhanni had twice halved the deficit to just one goal, but the Owl’s firepower of Fernando Forestieri and Atdhe Nuhiu (two) grabbed the home strikes as they claimed victory.

United also named further first-team players for the encounter along with Colclough - who was stepping up his comeback from injury with some more minutes on the pitch - while James Perch (suspended in the league), Kyle Wootton and Kevin van Veen also started the match.

The Owls had their first chance inside the opening couple of minutes with right-back Ashley Baker getting space on the right to fire in a cross which was taken off the toes of Forestieri. The Sheffield Wednesday forward was also the beneficiary of another right-winged cross from the full-back moments later with Perch on hand to block the goal bound effort.

The hosts did take the lead after six minutes though with the front two of Forestieri and Nuhiu both linking up, with the former slotting into the net.

Scunthorpe’s first advance of the game soon after showed moments of brilliance from Colclough on the right, surging past two players before being wiped out by the third. The resultant free-kick into the danger area was cleared.

Wednesday registered their second of the game on ten minutes through a similar process to the first, only roles reversal. Forestieri surged into the box with the ricochet from a tackle falling to Nuhiu too prod into the net.

From there, the Iron settled into the encounter with Wootton and Yasin Ben El-Mhanni both linking up down the left before being snuffed out before similar advances from Jai Rowe and Colclough were also defended well by the hosts.

The Owls and Forestieri threatened to add a third with pacy running by Morgan Fox down the left before a low cross sees Forestieri volleyed over the bar.

The Iron halved the deficit for the first time on 20 minutes through Colclough as he finished off a solo move which saw him advance forward into the area before rifling a shot across goal into the roof of the net.

It didn’t take long for the hosts to re-establish their two-goal lead though with Nuhiu getting his second of the encounter. Adam Kelsey produced a smart save to deny Forestieri but the rebound fell to the edge of the area where it was sent back with interest into the roof of the net.

More good defending followed from Perch midway through the first half as he got in the way to deflect a half-volley over the bar for a corner - which Kelsey commanded his area for to gather the cross.

Colclough continued to show flashes of what he’s about as he was at the heart of the action, linking up with John McAtee on the right before the ball was pushed to Ben El-Mhanni. His shot was blocked.

A chance to reduce the arrears came on 28 minutes from a corner as Colclough went deep with his cross, with Jo Cummings timing his run to perfection, only to see his header fly over the crossbar.

A minute later, Kelsey was called into action again, first denying Matt Penney as he went though on goal. He looked to round the Iron’s ‘keeper but Kelsey got a strong hand to the ball before getting back into position to comfortably gather the incoming follow-up from 20-yards.

Just after the half-hour mark, Scunthorpe were denied both a penalty and a free-kick as McAtee went down under a challenge from behind inside the box following a right-sided corner before Colclough was felled on the edge of the box. Both appeals left the referee unmoved.

Forestieri looked to increase the Owls’ advantage on 34 minutes as he had two chances in a minute. First he sent a volley over following a left-winged cross from Fox before he was played through soon after, sending a dinked effort over Kelsey to net - only for the effort to be ruled out for offside.

On 36 minutes, Ben El-Mhanni brought the score back to 3-2 with a peach of a finish from outside the box. Cummings found McAtee with a good ball forward before the attacker drove at the Wednesday defence. He pushed the ball left to the Moroccan who cut onto his right foot and beautifully curled an effort into the top corner.

The hosts tried to push forward for their fourth of the game before half time, but a series of excellent defending thwarted them. Firstly, Mason O’Malley twice slid in to win the ball back while George Hornshaw produced a fine block to deny a goal bound effort from Fox as the first half ended 3-2 to the Owls.

Early in the second half, the Iron were forced to defend with Rowe doing very well under pressure from  Penney. He turned provider for an effort two minutes later in the 49th minute when he fired in a corner for Nuhiu who headed over the bar.

On 54 minutes, O’Malley and Cummings both defended well. The former did well to head behind for a corner under pressure from Nuhui before the latter headed away the danger from the resultant.

A minute later it was Colclough who tested the Owls backline as he received the ball on the right from Rowe before driving across the edge of the area and rolling a low effort towards goal, which took a deflection en route to the ‘keeper saving.

On 57 minutes, Perch used his experience to match the run of Forestieri from a one-two before shielding him wide of goal before breaking down the play.

Just after the hour mark, the Owls should’ve added a fourth. Forestieri opted not to shoot when slipped in on the left of the area. Nihui then found Fox out wide on the left before Baker fired high and wide following a ball over to the right.

Just after, Ryan Colclough was withdrawn after successfully completing over an hour as he was replaced by Omar Sanyang.

On 67 minutes, McAtee had a chance to level as he plays a one-two with Wootton on the edge of the area but his prodded effort only rolls through to the ‘keeper.

McAtee was presented with another chance four minutes later as he was the recipient of patient build-up play from Rowe. The young full-back teed up the former Shrewsbury Town player, who fired wide of the left-hand post with a low drive.

Sanyang did well 15 minutes from time as he twice got the better of Morgan Fox, winning two free-kicks in a short space of time. Wootton won the header from the second of those free-kicks following a cross from Ben El-Mhanni, but the effort went out for a goal kick.

Late Iron substitutions broke up play in the final ten minutes, although Wootton and Ben El-Mhanni both linked up to provide Tom Pugh with an opportunity, but he couldn’t quite reach the header.

Sheffield Wednesday could - and probably should - have made it 4-2 four minutes from time, but Kelsey did well to narrow the angle as the striker went through. The shot did come in from a narrow angle but O’Malley was on hand to head off the line to deny a certain goal.

United had the final chance of the game as Hornshaw picked up a loose ball and looked to find Wootton running through, but the home ‘keeper was alert to smother the ball