The Iron's Under-18s will be looking to return to winning ways as they travel to face their Mansfield Town counterparts this Saturday (11am kick-off).

United come into the game off the back of a first defeat in six games following five successive wins which had seen the side surge to the top of the Youth Alliance League and then maintain their place at the summit.

The side had come back to win in those victories and went 1-0 down to Rotherham United last weekend, but were unable to get a goal, as the team failed to score for the first time in seven matches.

Mansfield come into the game off the back of a 3-0 defeat against Notts County on home soil at the weekend, while they did beat Burton Albion 3-1 in the midweek prior.

The reverse fixture back in October resulted in a 3-2 win for the Iron, with Patrick Virgo, Dan Gallimore and Joey Dawson all netting.

A win for the Stags could surge them as high as sixth in the league from eighth, out of ten. Mansfield currently have 10 points from their nine fixtures this season.

The Iron are top with 24 points from a possible 33 with Notts County cutting the lead to just two points following their comfortable victory last weekend.

The side were without Joey Dawson last weekend as he was poised to be in the first team 18 following injury doubts for Ryan Loft and John McAtee, although both were able to feature.

Harry Baker has missed the last two games with a knee injury, while goalkeeper Ben Crosher returned to the bench last weekend as the second year scholar made a rare appearance in the squad after a year hampered by injuries.

Alex Wilkinson also spent the latter part of 2020 on the sidelines and is still out while Ben Franklin, who has also suffered with injuries, has returned to the bench in the last couple of weeks and replaced Charlie Strouther at half-time last time out.

A number of the Under-18s continue to get minutes for the Under-23s, but the latest encounter for Russ Wilcox's side isn't until next Tuesday when he takes a team to Walsall. 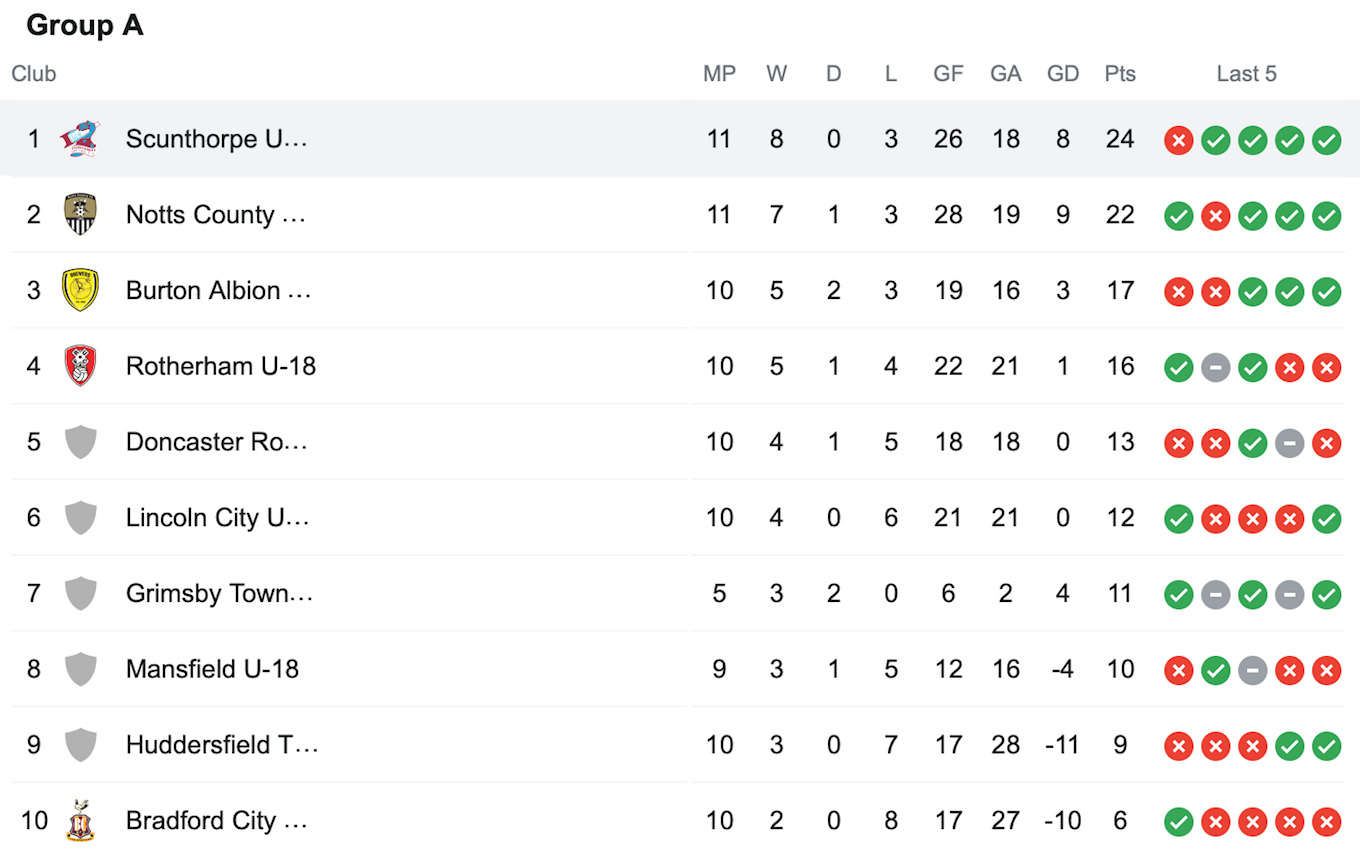