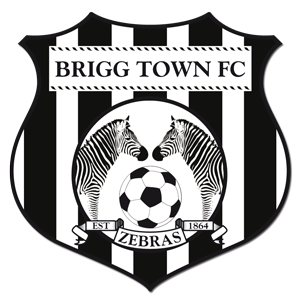 The Iron’s Under-18s came from behind to draw 2-2 against a senior Brigg Town team in their first friendly of pre-season on Saturday.

Harry Jessop and Levi Gallimore were both on target in the final 20 minutes as United’s juniors fought their way back in the match.

The first opportunity of the game arrived on six minutes, as Luca Chadli managed to get a low cross into Jessop. He tried to get a shot away but it was blocked by a Brigg defender.

A minute later, the hosts were ahead as they advanced down the right wing and sent a low cross into the edge of the area, where it was converted low and hard into the back of the net by a home striker.

United thought they had levelled in the 14th minute when Raynner Silva played a clever ball through to Jessop, but his low strike narrowly avoided the bottom corner and went just wide.

Just moments later, Brigg went close again but Tom Collins got down well, saving with his legs, and the Iron cleared the danger.

With 22 minutes on the clock, Levi Gallimore latched onto a throughball down the right-hand side and earned the Iron a dangerous free kick. Charlie Barks met the resulting ball in and headed just wide.

Three minutes after, Chadli capitalised on a defensive mistake, picking the ball up on the edge of box. He sent the ball into the area but it was cleared.

On 27 minutes, the Iron had a goal chalked off after Jessop was adjudged to have fouled a Brigg defender before chipping an effort over the keeper and into the net.

Jessop got the better of a Brigg centre back on the half hour mark, before attempting to lob the keeper, but his effort went over the bar.

Cameron Wilson picked up the ball 25 yards from goal in the 34th minute, and drove the ball low and hard, but the Brigg keeper gathered.

Patrick Virgo beat his man on the edge of the Brigg box with five minutes of the first half left, and fired a powerful strike down to the keeper’s right, who parried to safety.

The 43rd minute saw great trickery by Chadli down the left wing, dummying past his man. He floated a ball into the box and Wilson sent a shot wide of the right post.

The final action of the opening half saw a powerful low Brig drive from the edge of the Iron area held well by Collins.

Following a Brigg corner at the start of the half, the hosts saw a long range volleyed effort go wide.

A home centre-back rose highest from a corner minutes later to head over the bar.

Scunthorpe had their first opportunity of the second-half when Jessop fired an effort towards goal from an angle, but the Brigg goalkeeper managed to keep the chance out at the near post.

Then, from the next attack, Brigg made it two as a corner came in from the right and, following a scramble, a forward tapped in.

Scunthorpe soon broke as they looked to get back into the match and the ball fell to Fin Shrimpton inside the box. He fired a dangerous ball across the six-yard box which was cleared. After the resulting corner, Harry Baker crossed for Virgo, who headed wide.

Minutes later, Joey Dawson fed the ball into Silva, whose goalbound effort was saved by the Brigg goalkeeper.

Then, Virgo found Jessop inside the box, who forced a save out of the Brigg goalkeeper after showing quick feet while surrounded by defenders.

On 65 minutes, Brigg attacked and the ball was sent in from the right for a shot from the edge of the area, which Collins brilliantly saved low down. Soon after, the hosts attacked down the left and sent the ball over the crossbar.

After, Levi Gallimore made a darting run down the right-hand side, and his ball into the box found Jessop, who was thwarted by the goalkeeper and the ball went out of play.

United got the goal their play deserved with 20 minutes left, as Jessop showed composure in the six-yard box to beat the Brigg keeper with his effort following good build-up play from the Iron.

A swift Iron counter-attack in the 77th minute then saw Dan Gallimore fire an effort wide from distance. Not long after, Shrimpton headed narrowly wide from a left-wing cross.

The attacking continued and Levi Gallimore played a ball through to Virgo, who slotted the ball beyond the keeper, with it hitting the post and rolling across the line, but play was stopped after the assistant referee raised his flag for a foul.

Scunthorpe got a deserved leveller with five minutes remaining, as an inch-perfect ball from Shrimpton found Levi Gallimore, who fires into the top corner from just inside the box.

After the game, academy manager Tony Daws said: “The application was excellent, and we could see the patterns of play we’ve been working on.

“After a tough week’s training in Scotland, our lads did really well today.”

The Under-18s' match against Barton Town on Tuesday night has been postponed, so they will return to action with a home encounter against their Sheffield Wednesday counterparts on Friday, July 12th. This will be played at West Street, Winterton, and will kick-off at 12noon.