The Iron play their third away league game of the season this Saturday when they visit Northampton Town. See our handy guide to the articles we've published ahead of the game below.

WATCH LIVE ON IFOLLOW
This match can be seen live anywhere in the world on iFollow Iron.

GEORGE TAFT'S PRE-MATCH THOUGHTS
Hear from the defender ahead of the match.

TRAINING GALLERY
Images as the lads prepare to take on the Cobblers.

FLASHBACK
We pick out some memorable games against the Cobblers, plus look at our full record.

IFOLLOW VIDEOS
See from Neil Cox and George Taft ahead of the game.

ON THIS DAY
See our past record for games played on September 4th.

THE NORTHAMPTON VIEW
See the latest articles from their website.

Down to ten men for over 70 minutes of the game, the Iron suffered a 2-0 defeat at Northampton Town on Saturday.

The Iron entered the fixture making two changes from the side that defeated Tranmere Rovers a week earlier, as Myles Hippolyte and Tom Pugh made way for transfer deadline day loan signings Harry Wood and Hayden Hackney, who both made their first ever EFL starts.

There were also returns on the substitutes' bench for Harry Bunn, Jake Scrimshaw and Alex Perry.

Within 15 seconds, there was an early shot from the hosts, with the effort from 35 yards by Sam Hoskins stinging the palms of Rory Watson, who made a comfortable save.

With four minutes gone, Emmanuel Onariase twice cleared from long throws into the Iron penalty area from the left before Hackney tracked the second ball and diverted a cross out of play for a corner.

Two minutes later, from a free-kick, Hoskins' curled low effort from the left hit Watson's near side-netting, though the United goalkeeper looked to have it covered.

After nine minutes, Lewis Thompson got the first yellow card of the game as Aaron McGowan kept the ball in play, knocked the ball down the channel and took a tumble as the Iron full-back came in. Harry Davis headed away the resultant free-kick before Wood brought the ball away.

Kion Etete fancied his chances in a race against Onariase, knocking the ball 20-yards into space, but the Iron defender did brilliantly to stay in pole position in the race, before winning a free-kick from the Cobblers forward.

With 20 minutes played though, United went down to ten men as Onariase was sent off for denying an obvious goalscoring opportunity on the edge of the box as a ball over the top saw Northampton's Danny Rose hit the deck.

Mitch Pinnock took the subsequent free-kick, but United's wall blocked the attempt and got the ball away for a throw-in, which was successfully dealt with.

With 31 minutes played, the Iron sent a free-kick to the back post which Davis headed into the area. Hackney was denied a shot on goal before a cross dropped to Beestin at the back, with his left-footed half volley deflected over for a corner. Wood’s delivery into the area searched for Taft, but he couldn't connect to the ball under pressure from his marker.

There was then a superb ball from Wood to pick out the run of Green, who was onside. He brought the ball down, but the angle was narrowed by the goalkeeper who made the save, resulting in an Iron corner. Taft then connected with Thompson's subsequent set-play from the right but his header was blocked away from goal by Liam Roberts. The subsequent corner searched for the run of Jarvis, but was cleared away.

After 35 minutes, Davis went down with a head injury inside the box following a challenge with Etete, but the referee allowed play to continue as the hosts attacked. Jai Rowe then blocked one effort on the line before Etete stabbed wide. Davis was soon up to continue.

Three minutes after, Pinnock latched onto a loose ball into the air, before striking the ball on the volley on the edge of the area, with the effort flying wide.

Then, in the 40th minute, Hoskins tried the acrobatics as an in-swinging cross came in from the right by Pinnock - an attempt which went wide of the target.

In the 45th minute, there was another decent delivery into the box from Wood, as his curling effort troubled the Cobblers defence who conceded a corner. The set-piece from Wood searched for Taft, but Roberts gathered the effort. They then broke but Rowe got in a good block to thwart the home side.

Just on the stroke of half-time, a right-wing cross was sent in to Hoskins at the near post whose effort drew a superb reactionary save from Watson at point blank range.

The first chance of the second period came the home side's way in the 50th minute when Paul Lewis chested the ball down onto his left foot before sending the ball wide of Watson’s right-hand post from 12-yards out following a cross into the box.

Just a minute later, Davis got in a last ditch tackle on Etete, who was clear on goal, as Watson gathered.

In the 54th minute, Watson turned the ball around the post as Danny Rose challenged, as Northampton got another corner, which was quickly followed by another as the Iron again cleared, but Davis headed that last one away.

Two minutes later, Etete drove down the left and cut the ball back to Lewis, who sent his effort over the stand from 12-yards out.

Then, a loose ball dropped 25-yards from goal, with the subsequent effort taking a deflection for a corner to Northampton. The Cobblers took it quickly, with the header cannoning off the bar and going out for a goal kick.

There was a Scunthorpe change just after the hour mark, as Hackney was replaced by Perry.

The home side managed to go ahead in the 64th minute when Danny Rose stabbed the ball home from close range, getting on the end of Hoskins' ball from the right.

The Iron made a further alteration in the 68th minute when Jarvis was replaced by Scrimshaw, with the final change arriving eight minutes later when Bunn came on for Taft, who had been down receiving treatment.

With 80 minutes gone, Green beat his man on the right wing and sent in a cross which Scrimshaw almost connected with, but the ball went out for a goal kick, as the Iron claimed the goalkeeper got the last touch and it should have been a corner.

Then, at the other end, after the home striker was clipped in, Watson dashed out to make a good save from Nicke Kabamba.

United attacked in the closing stages to try and force a leveller, but the home side stood firm to their corners and balls into the box.

Then, on the break in the third out of five minutes of stoppage time, the Cobblers made it two when Dylan Connolly attacked down the left and though his shot was initially blocked on the line by Rowe, the ball was forced home by Hoskins.

Scunthorpe return to action next Saturday when they host Exeter City at the Sands Venue Stadium (3pm kick-off).

Tickets and travel are on sale for the Iron's League Two trip to face Northampton Town, which takes place on Saturday, September 4th (3pm kick-off).

We have been handed an initial allocation of 400 South Stand tickets for the game, which will also be available to stream live in the UK and overseas on iFollow Iron under EFL streaming regulations (video match passes will be available to buy in the week running up to the game).

Should they not sell out, match tickets will remain on sale from the Iron ticket office until 3.30pm on Friday, September 3rd.

Meanwhile, official coach travel will also be also on sale, costing £20 members and £22 non-members. Departure times are 10.30am from the Hornsby bus depot, 10.35am from Ashby Broadway, 10.45am from the Museum and Baths Hall, and 11am from the Sands Venue Stadium. Travel must be purchased in advance from our ticket office or online via www.sufctickets.com.

*Matchday sales are card only from the Cobblers' ticket cabin

There are also wheelchair and carer tickets amongst the allocation, with prices as per the above categories for disabled tickets and free for the carer. 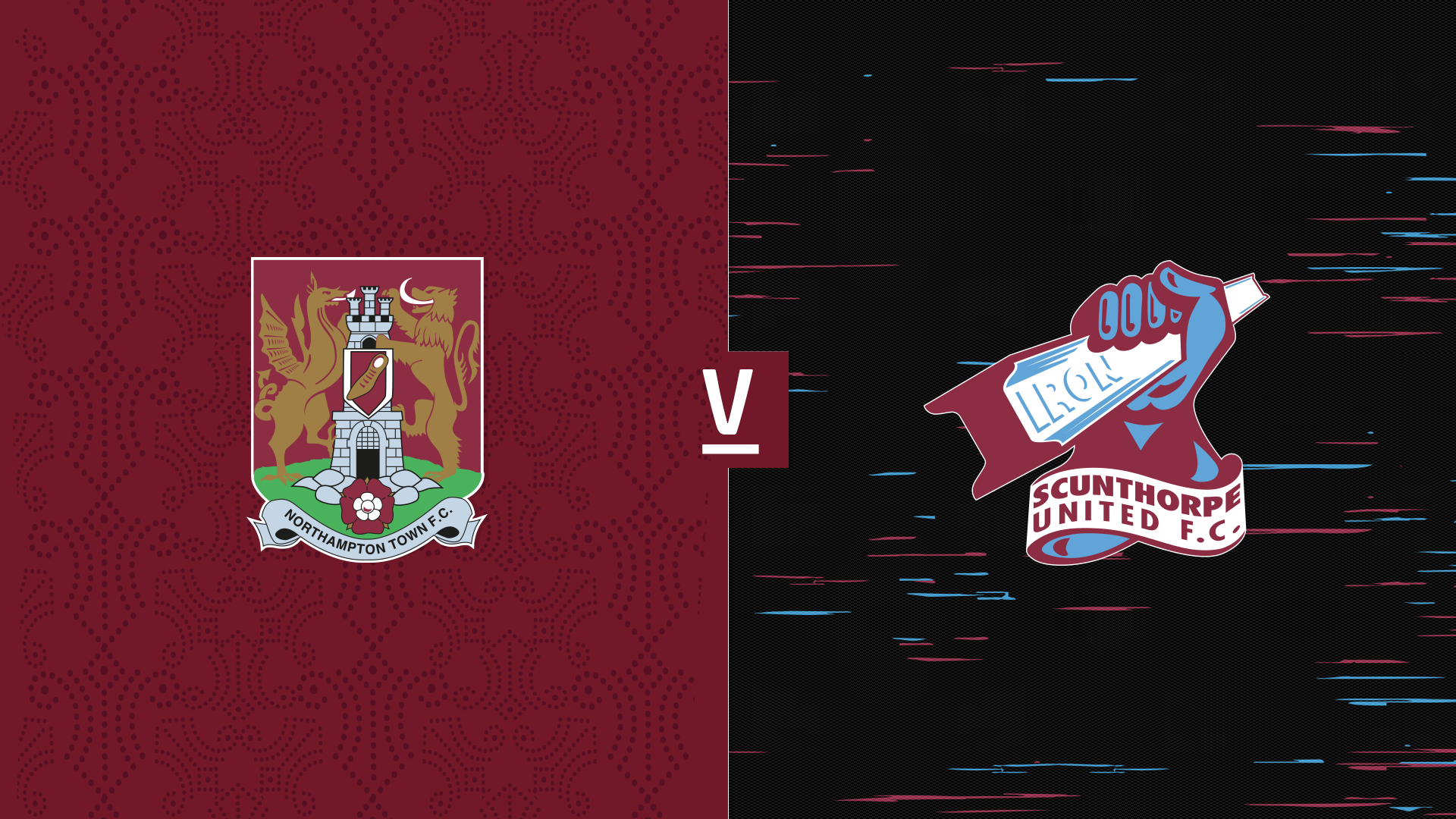 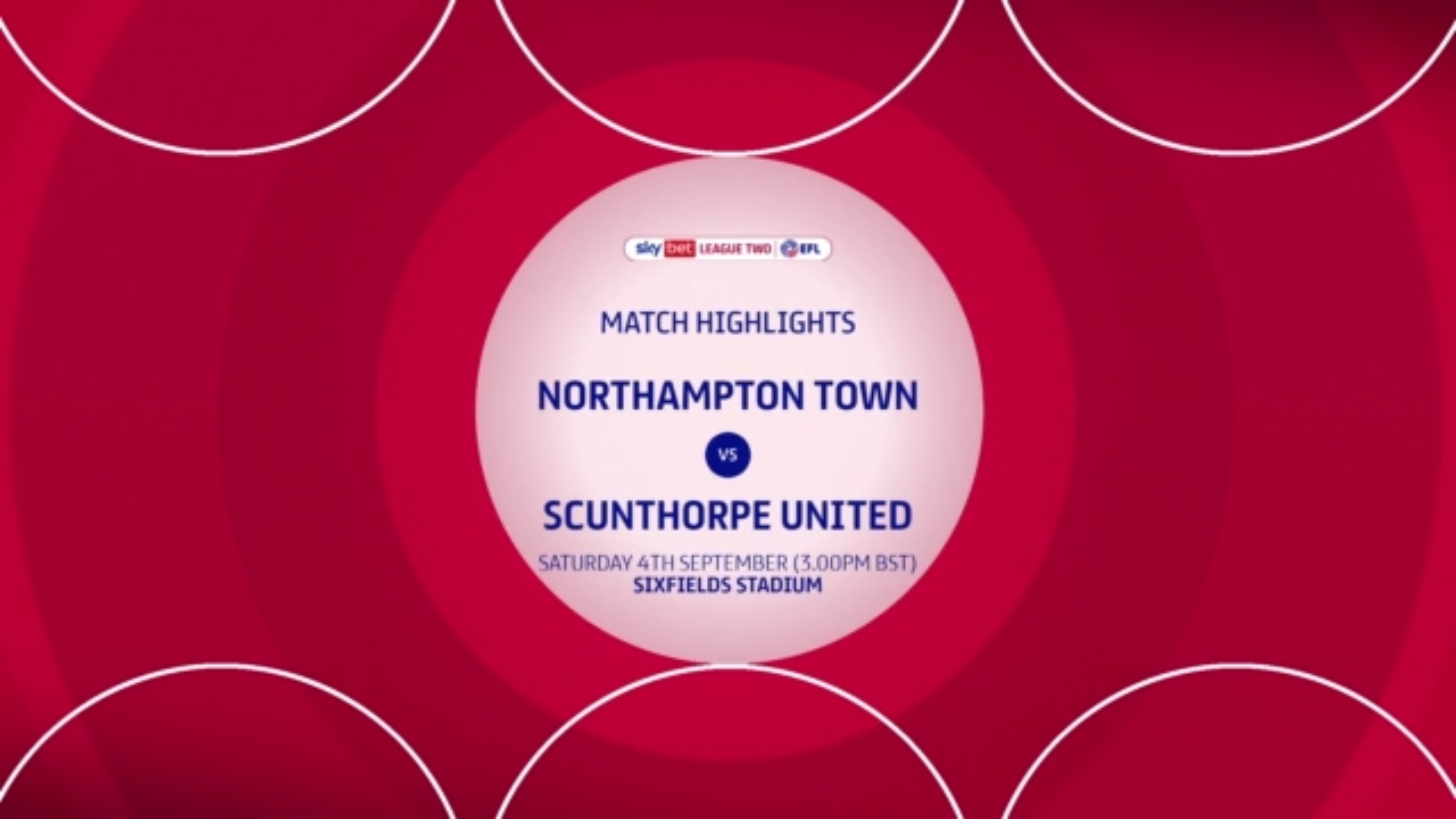 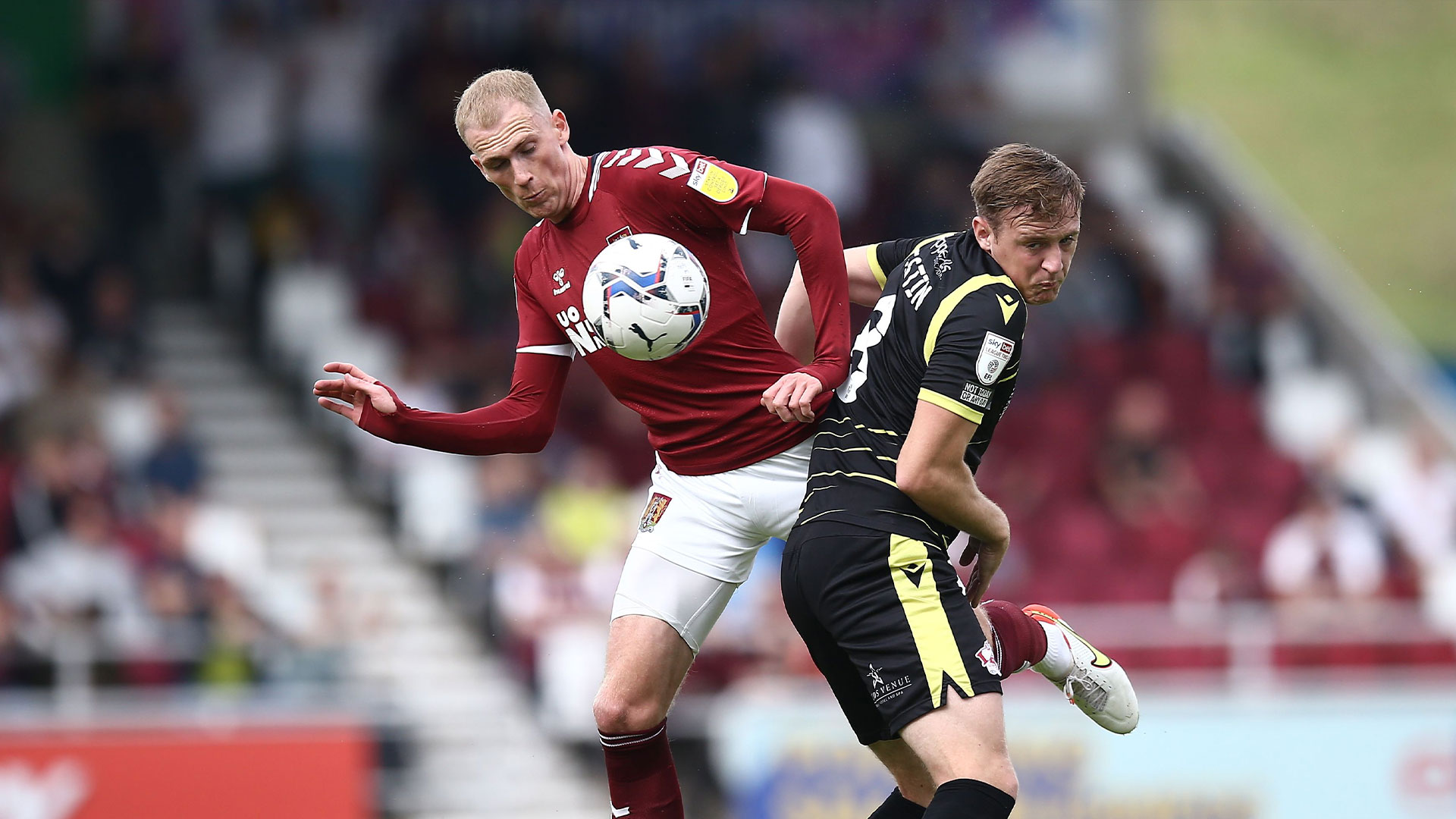