The Iron will be looking to make it back-to-back wins when they visit Colchester United on Saturday. See our handy guide to the articles we've published ahead of the fixture below.

TICKETS AND COACH TRAVEL NEWS
Details for all fans who are travelling to Essex.

HAYDEN HACKNEY'S PRE-MATCH THOUGHTS
Hear from the on-loan midfielder ahead of the match.

TRAINING PHOTOS
The players' preparations ahead of this weekend's away match.

FLASHBACK
We look back at previous matches against Colchester United.

OVERSEAS STREAMING
Details of how fans who live abroad can watch on iFollow.

IFOLLOW VIDEOS
See from Neil Cox and Hayden Hackney ahead of the game.

ON THIS DAY
See our past record for games played on October 30th.

THE COLCHESTER VIEW
See the latest articles from their website.

Harry Davis pulled a goal back late on but the Iron were beaten 2-1 away at Colchester United on Saturday.

They entered the game making one change from the side that defeated Crawley Town 2-1 at home a week earlier, as skipper Davis returned to the team in place of Jai Rowe.

Scunthorpe's first chance came in the second minute when they broke and Hayden Hackney played Ryan Loft in down the left side, whose powerful effort went just wide at the near post.

However, in the fifth minute, the home side went ahead as a free-kick was sent in from the right by Charlie Daniels, which was hooked into the path of and converted at the far post by former Iron loan striker Freddie Sears.

Scunthorpe tried to respond instantly, and Jake Scrimshaw sent a header just over the crossbar after Myles Hippolyte sent a dangerous cross into the area from the left.

The hosts doubled their advantage though with 14 minutes gone, as Armando Dobra cut in from the left wing and arrowed a right-footed shot into the roof of the net from the edge of the 18-yard box.

Colchester almost added a third with 23 minutes gone when Sylvester Jasper's curled effort 25 yards out, from the right, ricocheted back into play off the Iron crossbar.

The hosts then won a free-kick down the left flank, with Daniels sent in a cross from. The ball was cleared as far as Noah Chilvers, whose half volleyed cleared the crossbar.

Watson was tested again in the 37th minute, as Chilvers stung his palms with a powerful low shot from the edge of the area, and Emmanuel Onariase was then quick to get to the loose ball and clear.

There was a double Scunthorpe change at the half-time break as Devarn Green and Alfie Beestin replaced Hippolyte and Tom Pugh, and Green had the first chance of the second period a minute later when he fired over the crossbar after Ross Millen's cross had searched for Scrimshaw, before Hackney charged down the clearance.

A minute later, the ball was fed neatly into Green, who turned on the edge of the box before drilling a low effort across goal and narrowly wide.

On 52 minutes, Millen sent in a cross from the right searching for Loft, but George gathered. Moments later, from the other flank, Thompson sent in a searching cross which was headed behind for a corner.

With 57 minutes gone, Green received the ball centrally and drove forward before sending a shot wide of goal from the edge of the area.

Two minutes later, Green attacked down the left flank and sent a cross in which was cleared as far as Hackney, whose low drive was saved by George.

At the other end though, the hosts remained a threat and hit the crossbar when they broke, Sears was played through on the right and his powerful strike came back into play off the woodwork, with Watson getting the slightest of touches to the ball to turn it onto that.

There was a United change in the 61st minute when Loft was replaced by Aaron Jarvis.

With 75 minutes played, Hackney’s inviting cross into the box was turned behind under pressure from Jarvis, but the referee gave Colchester a free-kick.

Five minutes later, Jarvis latched onto a through ball and pulled the trigger, but Welch-Hayes came across to block the effort.

On 82 minutes, the Iron pulled a goal back as a corner was played in from the right, and Colchester survived two handball shouts in a goalmouth scramble before skipper Davis turned the ball home from close range.

There were four minutes of added time given, and in the first of those Beestin and Jarvis probed to try and work an opening but the home goalkeeper managed to gather.

There were no more chances for the away side though and the Iron suffered defeat in Essex.

Scunthorpe return to action next Saturday when they host Doncaster Rovers in the Emirates FA Cup first round.

Tickets and travel are on sale for the Iron's League Two trip to face Colchester United, which takes place on Saturday, October 30th (3pm kick-off).

Iron fans will be located in the North Stand, with tickets (AKA permits) available to buy from Colchester's ticketing site by clicking here. We still receive 5% of any sales in advance of the matchday.

The tickets can be purchased online right up until kick-off and the U's turnstiles have scanners that will read a ticket from a print out or from the screen of the smart phone, although Colchester advise that all purchased are made well in advance to avoid any last minute issues.

Colchester have also confirmed there will be no phone sales, or in person sales - not even on matchdays.

The only exception is for ambulant disabled/wheelchair and carer (those that have DLA/PIP), whose tickets MUST be purchased over the phone. The ticket office number for these purchases is 01206 755161 (Monday to Friday, 10am-3pm, unless otherwise stated on Colchester's website).

Colchester's away stand is behind the goal at the northern end of their stadium. Fans can choose which away section they wish to sit in but their system will allocate their specific seat.

To allow groups of fans to sit together whilst operating social distancing (when appropriate) fans can create their own groups ('bubbles'). This will allocate tickets together with anyone else that purchased tickets in the same sections using the same group name.

When a purchase has been made, a confirmation email will be sent advising what happens next.

Meanwhile, official coach travel will be on sale from the Iron ticket office, costing £31 members and £33 non-members. Departure times are 8.00am from the Hornsby bus depot, 8.05am from Ashby Broadway, 8.15am from the Museum and Baths Hall, and 8.30am from the Sands Venue Stadium. Travel must be purchased in advance from our ticket office or online via www.sufctickets.com. 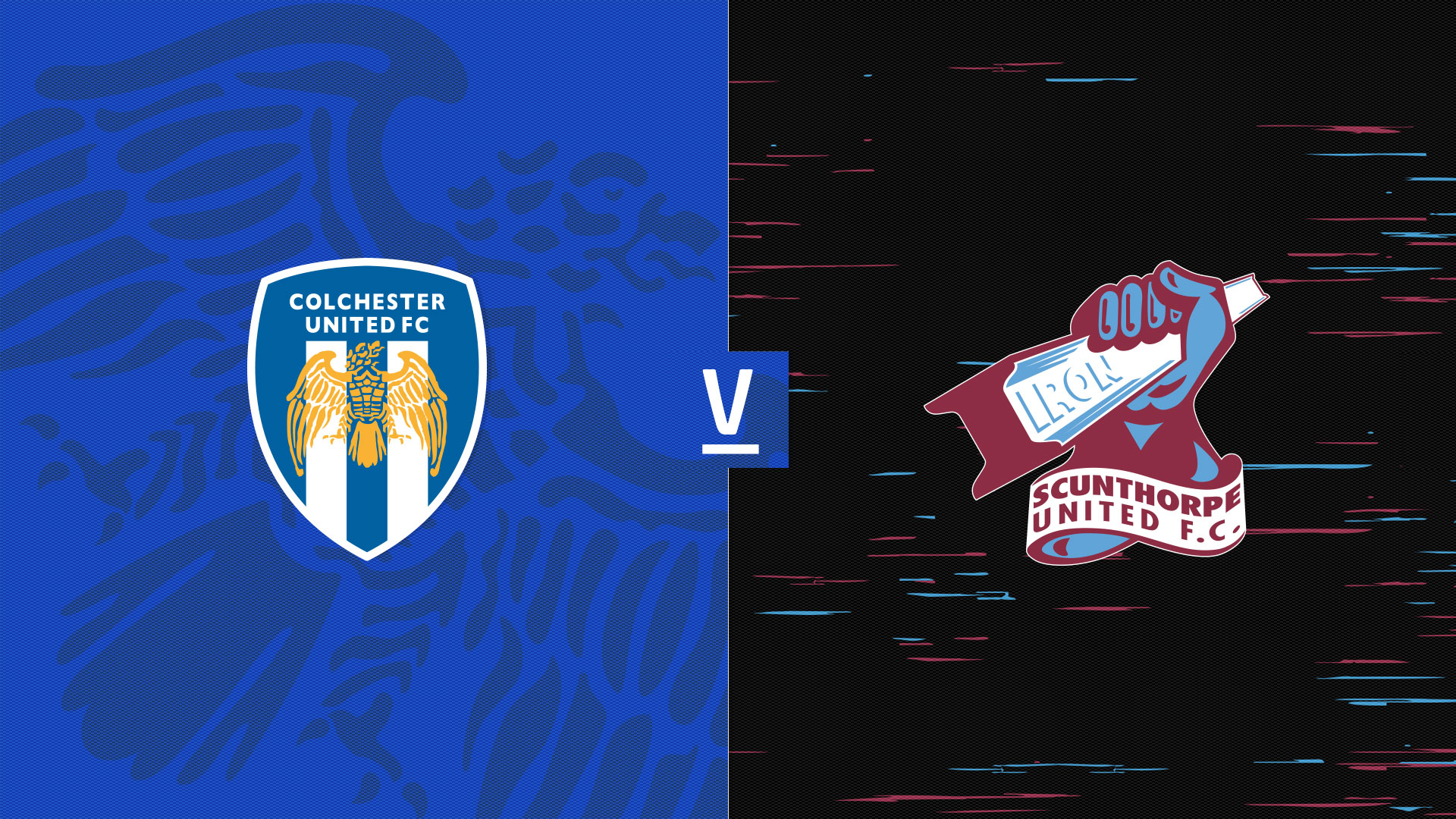 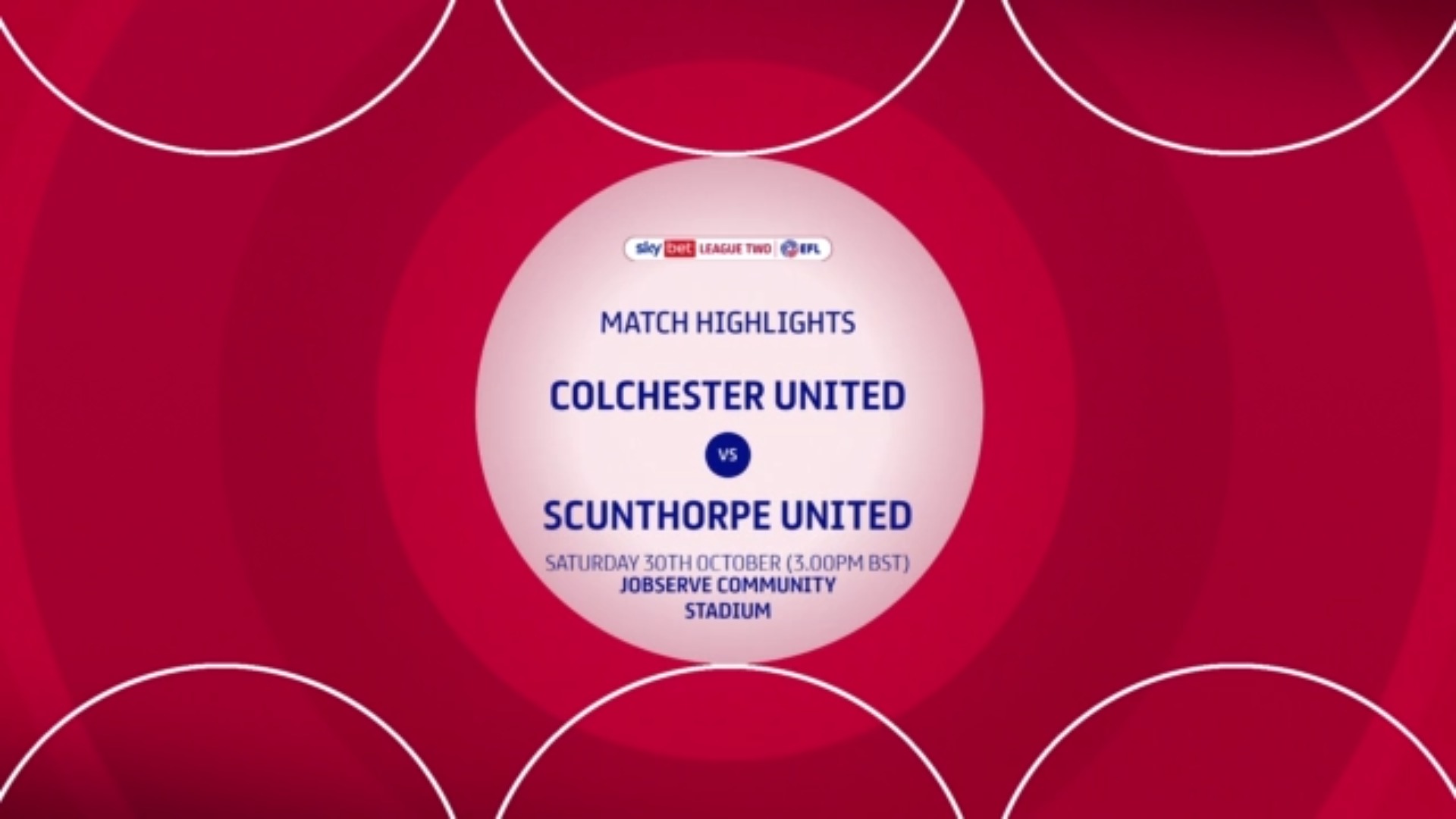 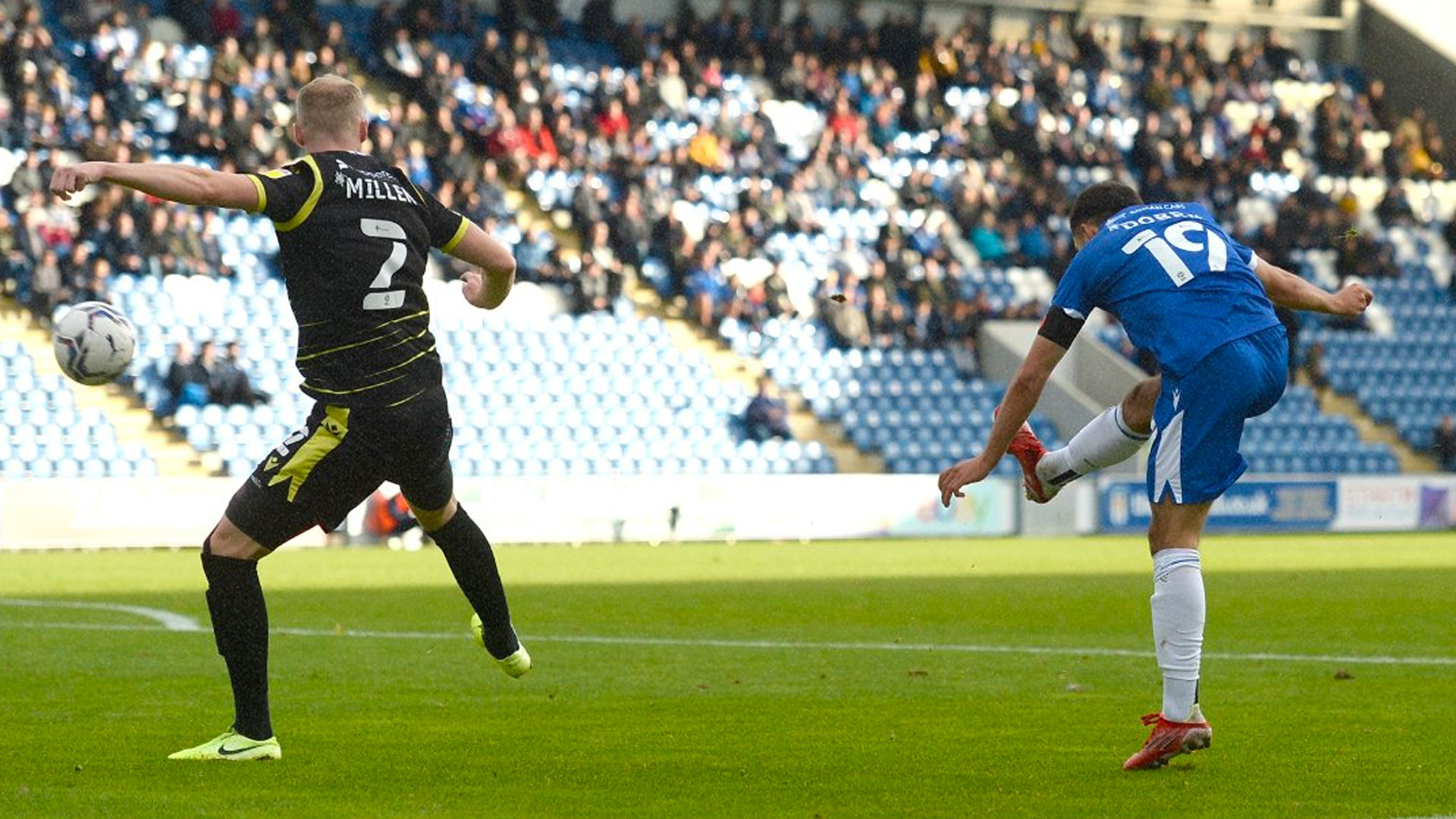