The Iron return to action with an away game at Barrow in League Two on Tuesday night. See our handy guide to the articles we've published ahead of the fixture below.

JAKE SCRIMSHAW'S PRE-MATCH THOUGHTS
Hear from the striker ahead of the match.

FLASHBACK
We look back at previous matches against Barrow.

OPPOSITION PROFILE
An overview of our hosts this midweek.

ON THIS DAY
See our past record for games played on October 19th.

ELSEWHERE IN LEAGUE TWO
See the other fixtures for this Tuesday.

THE BARROW VIEW
See the latest articles from their website.

George Taft scored a header in the first half, but United were pegged back late on to share the spoils in a 1-1 draw away at Barrow on Tuesday night.

The Iron made two changes heading into the game, as the injured Harry Davis and Mason O'Malley make way for Ross Millen and Lewis Thompson from the side that faced Forest Green Rovers at home on Saturday.

There was a good chance for Scunthorpe in the first minute, as Ryan Loft headed the ball back towards half way, with it then played to Jake Scrimshaw who broke the offside trap. His looping half-volley was pushed behind for a corner by home goalkeeper Paul Farman. The subsequent corner by Myles Hippolyte was cleared.

Just a minute later, the Iron won a penalty as Hippolyte was clipped in the area. Loft stepped up to take, but sent wide as Farman dived the other way.

After nine minutes, the hosts' Joe Grayson sent in an in-swinging free-kick into the box, which was headed behind for a corner to the Bluebirds that was then dealt with by United.

Soon after, Jai Rowe took a clattering on halfway after a challenge but was able to carry on, while then 10 minutes later he went in for a header and received another boot to the face.

The hosts threatened in the 24th minute as Remeao Hutton's low cross from the right caused danger in the area, but United gathered the ball through Rory Watson.

At the other end, Loft knocked the ball down just outside the box, and the ball dropped for Hippolyte who took the effort first time from 20-yards, with his low drive going across goal and wide of the target.

With 32 minutes gone, Hayden Hackney won the ball on halfway and played it to Loft, who tried to play Scrimshaw through, but the away goalkeeper came out to claim.

Receiving the ball two minutes later, home midfielder Ollie Banks fired a shot from 25 yards which took a couple of deflections and was handled by Watson.

Four minutes before half-time, Scrimshaw was played in down the left side by Thompson, as Hippolyte dummied, and fired a near post shot which was tipped wide for a corner by Farman.

From the subsequent corner, Taft got on the end of Hackney's excellent left-wing delivery to head his side into the lead. It was his maiden goal for the Iron, and first for exactly two years.

The hosts looked to probe for a leveller straight away, but Taft made a really good block on the edge of the area and got the ball clear.

Soon after, Robbie Gotts took aim with a shot from range for Barrow that cleared the crossbar.

Two minutes into the three of first half stoppage time, Loft sent an inviting low cross into the area for Scrimshaw, which the forward chased and he found Thompson. He then sent the ball to Loft, who fired wide.

Early in the second half, Thompson attacked down the left flank and sent a teasing cross in which was headed away for a corner by the home defence. Hippolyte probed after the corner was half cleared and sent another cross in which went out for a goal kick.

Rowe sent the ball forward soon after, and Loft connected to send a volleyed effort just wide from the left side of the area.

Substitute Josh Kay then forced Watson into a save with a shot from the left side of the area, which took a deflection.

With 58 minutes gone, Barrow won a corner and Pugh headed it away before Onariase hooked clear. Another cross came in and Ozzy Zanzala fell on the ball, and was penalised for obstruction.

Then, Alfie Beestin replaced Hippolyte in the first Scunthorpe change of the night.

Soon after, Thompson did well on the left channel before pushing the ball to Loft on the left angle of the penalty area. His powerful effort stung the palms of Farman, who held onto the ball.

At the other end, Josh Gordon then got the ball set-up to him on the edge of the box, with his low drive heading towards goal, with Watson making a comfortably save, holding onto it.

With 65 minutes gone, Loft sprinted forward as the ball was played forward and he was one-on-one with Mark Ellis in defence. Both went shoulder to shoulder, but Ellis went down and won a very soft free-kick.

Five minutes later, Beestin danced along the edge of the area before seeing his shot blocked. The hosts counter attacked, but Pugh and Thompson doubled up on the right channel to send the Barrow player out of play.

Barrow won a penalty in the 74th minute as Pugh was adjudged to have handball a right-wing cross into the box.

Banks took a long run-up, but Watson stood up until the last moment and saved with his feet.

The final Scunthorpe change came soon after, as Hackney was replaced by Aaron Jarvis.

In the 79th minute, Dimitri Sea saw an effort blocked by a combination of Watson and the post before a follow-up shot hit Onariase in the face. The Iron then cleared before Ellis got on the end of a cross and drew Watson into a superb one-handed save.

The equaliser came for the hosts shortly after, as Robbie Gotts steered an effort into the corner of the net following a tackle inside the box.

A Scunthorpe opportunity came in the 85th minute as they broke through Loft and Thompson, and the ball fell to Pugh on the right side of the 18-yard box but he dragged his effort wide.

A minute later, Barrow attacked and Gordon sent a looping header towards goal, with the ball coming back into play off the crossbar.

The home side continued their pressure, and Wood blocked an effort well on the edge of the box before Kay drove forward and drew a save from Watson, diving low down to his right.

There were five minutes of stoppage time, and in the second of those, George Williams struck a shot from outside the area which took a deflection but was saved by Watson, low down to his left, while he also caught a deep right wing cross in the final of those minutes.

United return to action on Saturday when they host Crawley Town (3pm kick-off).

Tickets are on sale for the Iron's League Two trip to face Barrow, which takes place on Tuesday, October 19th (7.45pm kick-off).

We have been handed an allocation of 200 tickets for the game at the Dunes Hotel Stadium, which will also be available to stream live in the UK and overseas on iFollow Iron under EFL streaming regulations (video match passes can be purchased here).

Should they not sell out, match tickets will remain on sale from the Iron ticket office until 12noon on Tuesday, October 19th.

On the day, Barrow's prices will increase by £1 per ticket type. Supporters will be able to purchase from their ticket office on the day, subject to availability. 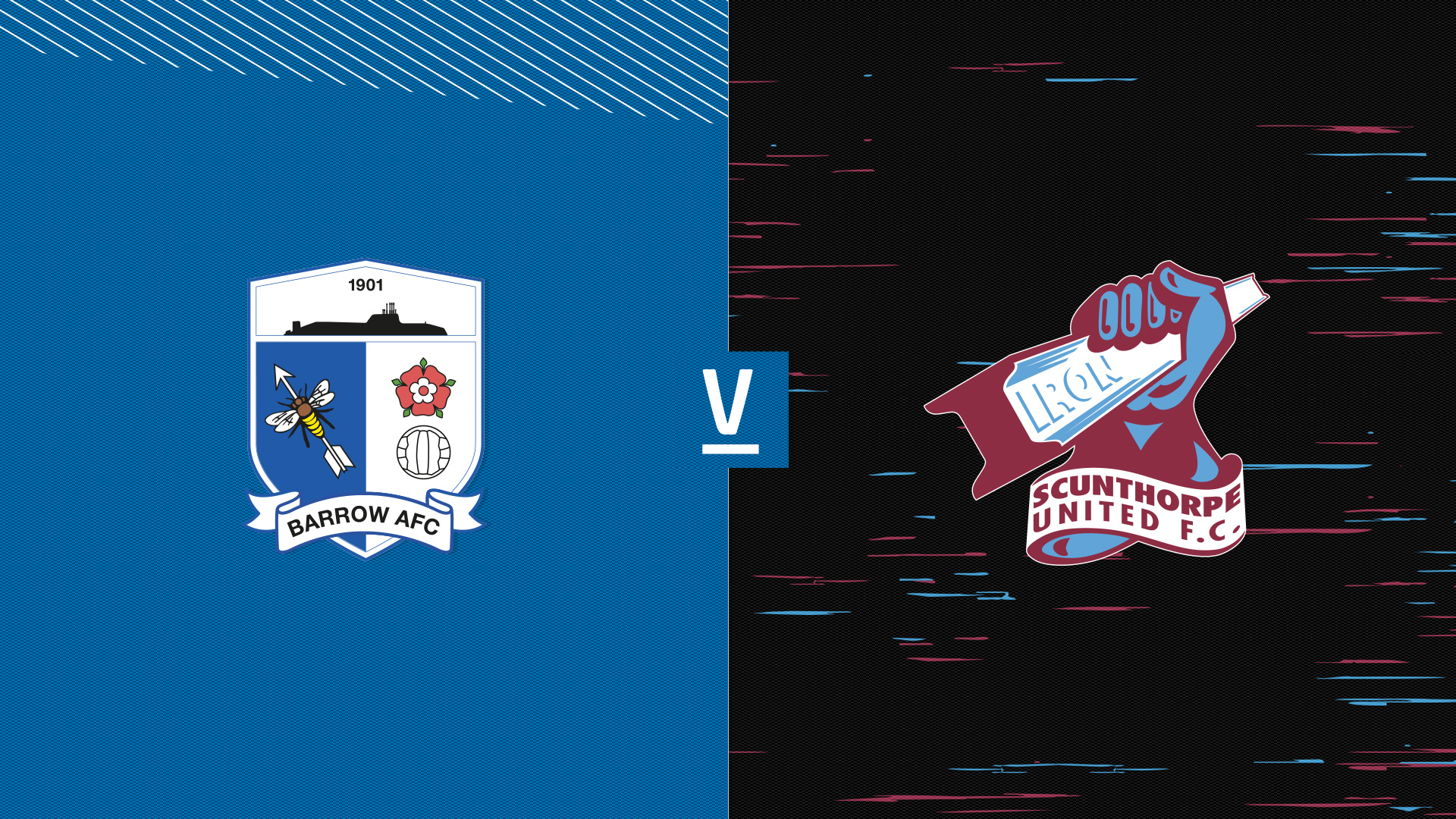 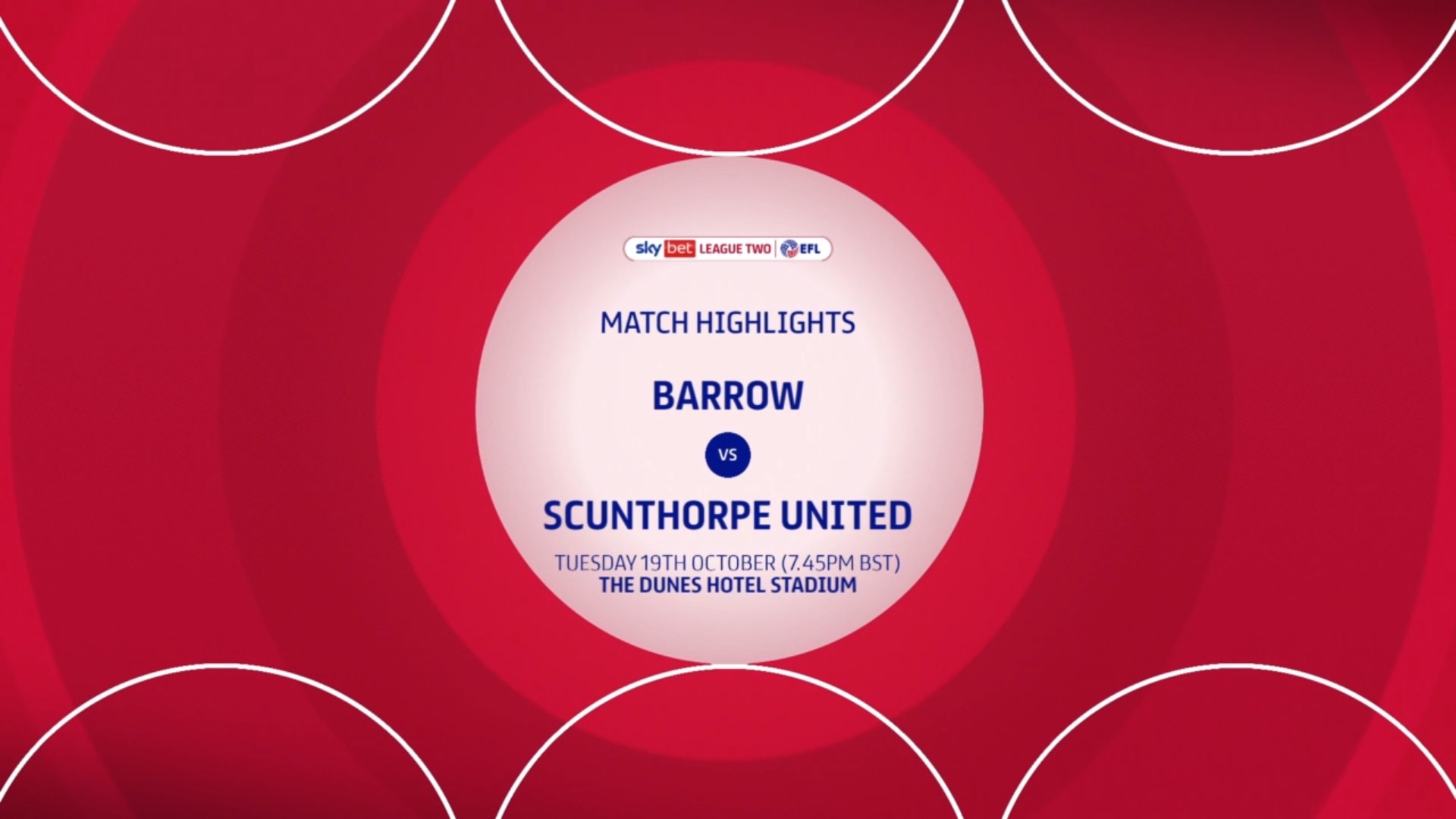 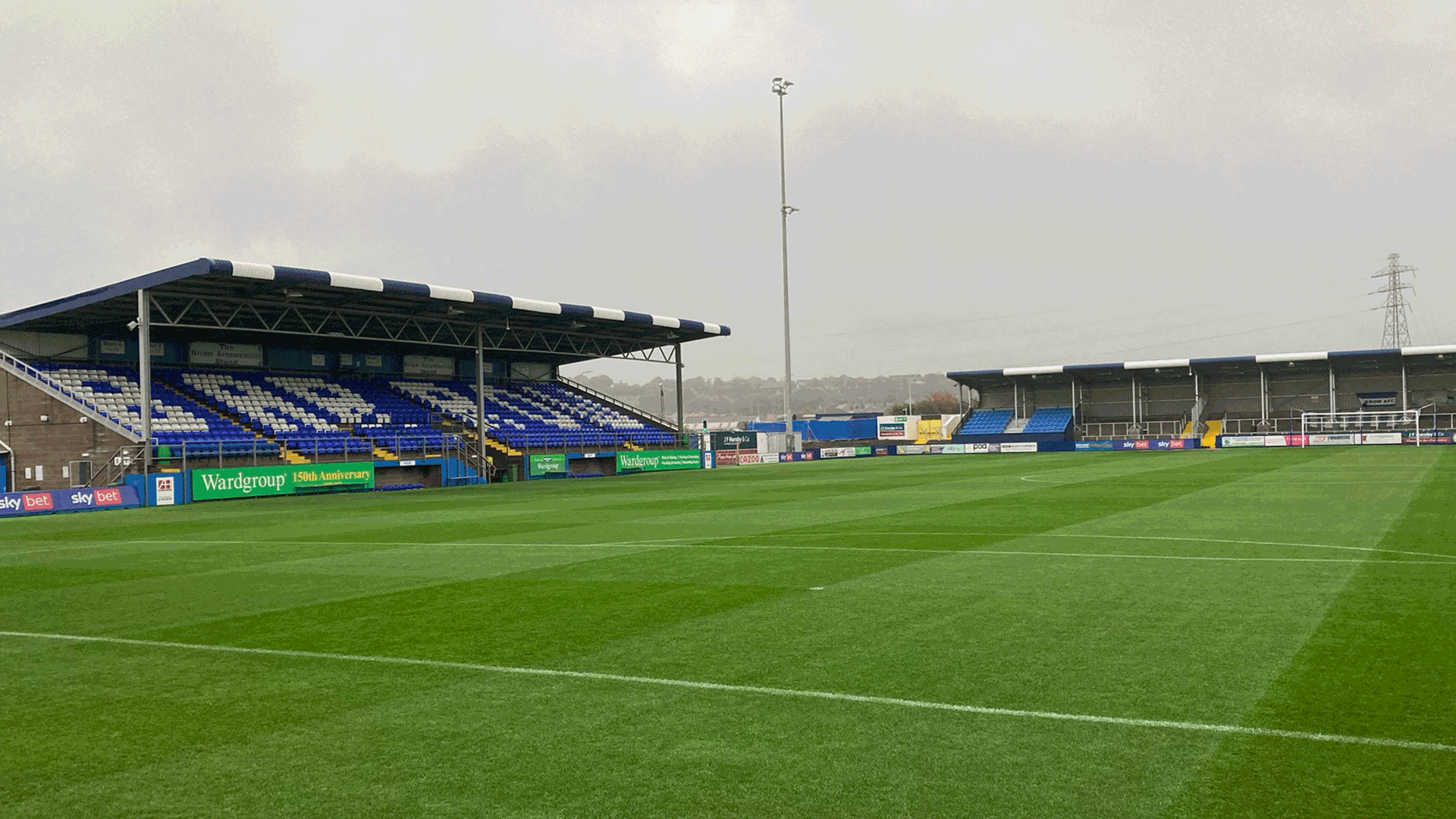