The Iron are in Sky Bet League Two action on Tuesday when they host Barrow (7.45pm kick-off). Here is your one stop guide to all our pre-match content published building up to the game (just click the headings to see the respective articles).

JOE NUTTALL PREVIEWS BARROW CLASH
Hear from the striker as we prepare for Barrow.

HOSPITALITY ON SALE
Dine in style before the midweek game.

BARROW FLASHBACK
A look back at our full record against our visitors.

MAN IN THE MIDDLE
See who the officials are.

WHAT'S ON GUIDE
Read as we prepare for the midweek match.

ON THIS DAY
See our past record for games played on March 15th.

ELSEWHERE IN SKY BET LEAGUE TWO
See the other fixtures for this midweek.

The Iron were beaten 1-0 by Barrow at the Sands Venue Stadium on Tuesday evening, with John Rooney’s strike the only difference between the two sides.

Keith Hill’s men performed valiantly for large parts of the game, having been reduced to ten men when midfielder Anthony Grant was shown a straight red card for a challenge on Josh Gordon.

Despite Barrow also finishing the game a man down and United’s best efforts late on, it was the Bluebirds who left North Lincolnshire with all three points.

Within a mere 30 seconds of the first whistle the Iron carved open the game’s first opening. Forward Sam Burns combined well with Tyrese Sinclair, with the latter firing his effort just over the bar.

Barrow responded shortly after, creating their own first chance of the game. Anthony Glennon found space to break forward down the left hand side, with the ball falling kindly too midfielder Robbie Gotts, as his effort sailed high and wide.

With 22 minutes gone Scunthorpe were reduced to ten men as Grant was shown a straight red card for a challenge on Gordon.

Just seconds later Barrow came forward with Rory Watson and then George Taft preventing Scunthorpe from going a goal down, both denying Gordon on separate occasions, as he initially broke through one-on-one.

The resulting corner also asked questions of the Iron’s defence, with Glennon’s in-swinging delivery clipping the crossbar on its way out for a goal-kick.

Watson was again called into action with 39 minutes played, as he smartly denied Aaron Amadi-Holloway from close range. Ollie Banks also tried his luck from distance soon after, but his low drive sailed wide of the mark.

United then fell behind on the stroke of half-time, as some clever build up play from the Bluebirds down the left flank enabled John Rooney to fire home inside the penalty area.

As the second-half rolled into action, substitute Hayden Hackney’s appeals for a penalty follow were waived away following a strong tackle inside the penalty area, as Scunthorpe looked to draw level.

Barrow came close to doubling their lead soon after, with ex-Iron defender Niall Canavan heading wide from a corner.

Gotts was then the next Bluebirds player to come close for the visitors, as goal scorer Rooney turned provider, finding the midfielder unmarked, with Watson once again on hand to deny.

Tom Beadling was then presented his own opportunity seconds after, fortunately dragging his left-footed effort wide of the mark.

Captain Banks found space in the area on the hour mark, teeing up Amadi-Holloway who couldn’t fully connect inside the Iron’s penalty area.

Joe Nuttall fired a United free-kick into the wall after Sinclair had been brought down from 30 yards out, with Barrow then racing forward on the counter attack.

Gotts subsequently had the ball in the net on the breakaway, however later disallowed by the linesmen for offside on the far side.

With 15 minutes left to go, Watson was once again on hand to deny Gordon, as he sprung the offside trapand shot at goal, bidding to double the visitors advantage.

Canavan went close with a header for the Bluebirds, with only Ryan Delaney preventing him by cleverly positioning himself on the goal line.

Harvey Cribb saw his goal-bound effort blocked on the edge of the area with Hill’s side looking to equaliser late on, as Mark Cooper’s men defended resolutely with the game entering its latter stages.

Liam Feeney’s free-kick was headed goal wards by defender George Taft, as the Iron continued to come forwards, unfortunately coming to no avail.

Beadling was then dismissed as the game entered its final knockings, as he received his second caution of the evening, following a late foul on Harry Lewis.

Cribb was the next Scunthorpe player to test his luck late on, with his left footed effort easily collected by Bluebirds goalkeeper Paul Farman.

But it was Barrow who hung on for the three points, with there to be no late drama for Scunthorpe.

United return to action on Saturday afternoon, as they travel to the Peninsula Stadium to face Salford City in Sky Bet League Two.

Early Bird rate tickets are on sale now for the home game against Barrow on Tuesday, March 15th, 2022 (7.45pm kick-off).

Supporters can buy at the early bird prices until 4pm on Monday, March 14th, and also until three hours before kick-off online via our ticketing website (www.sufctickets.com). Matchday prices then apply. 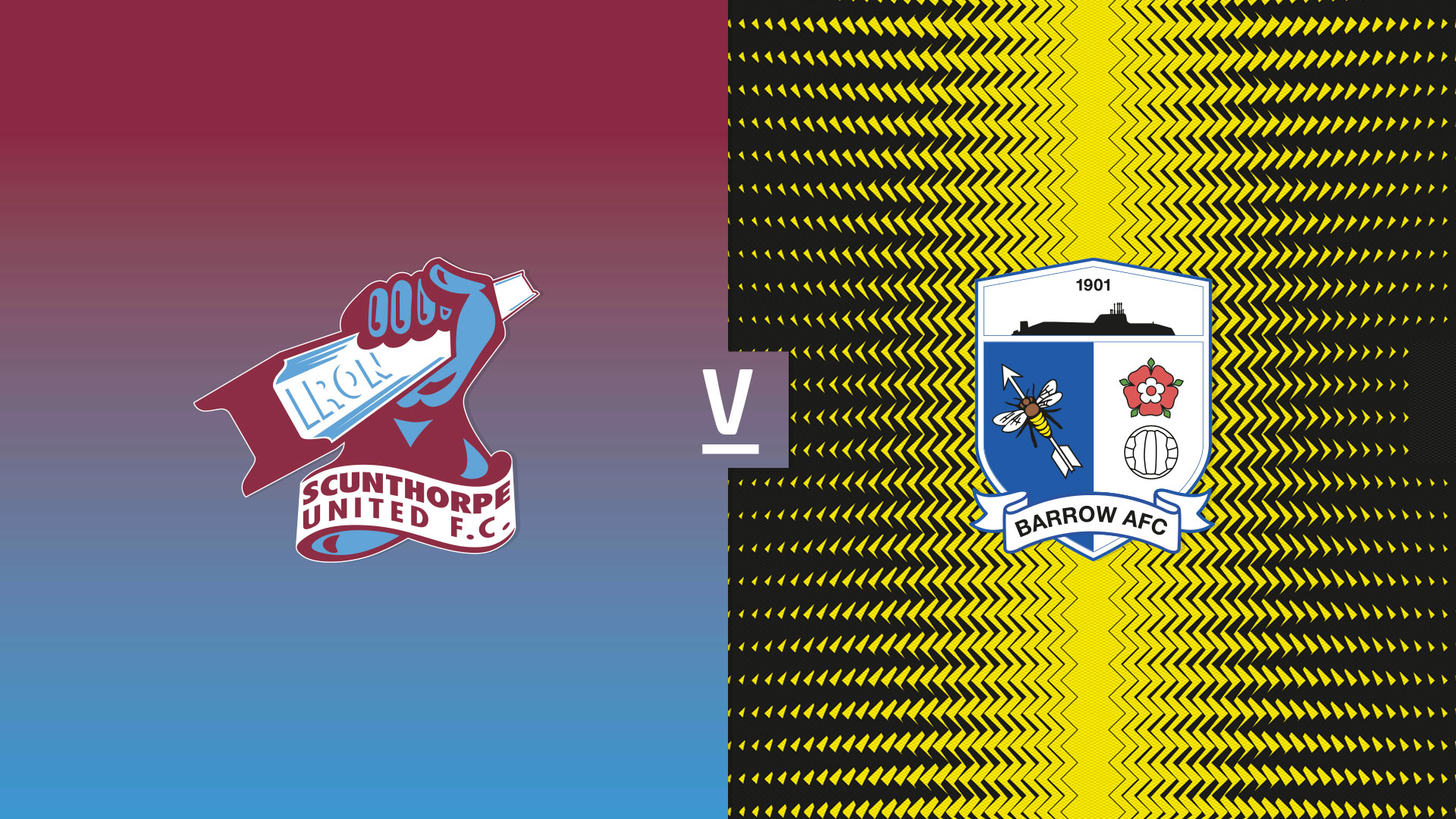 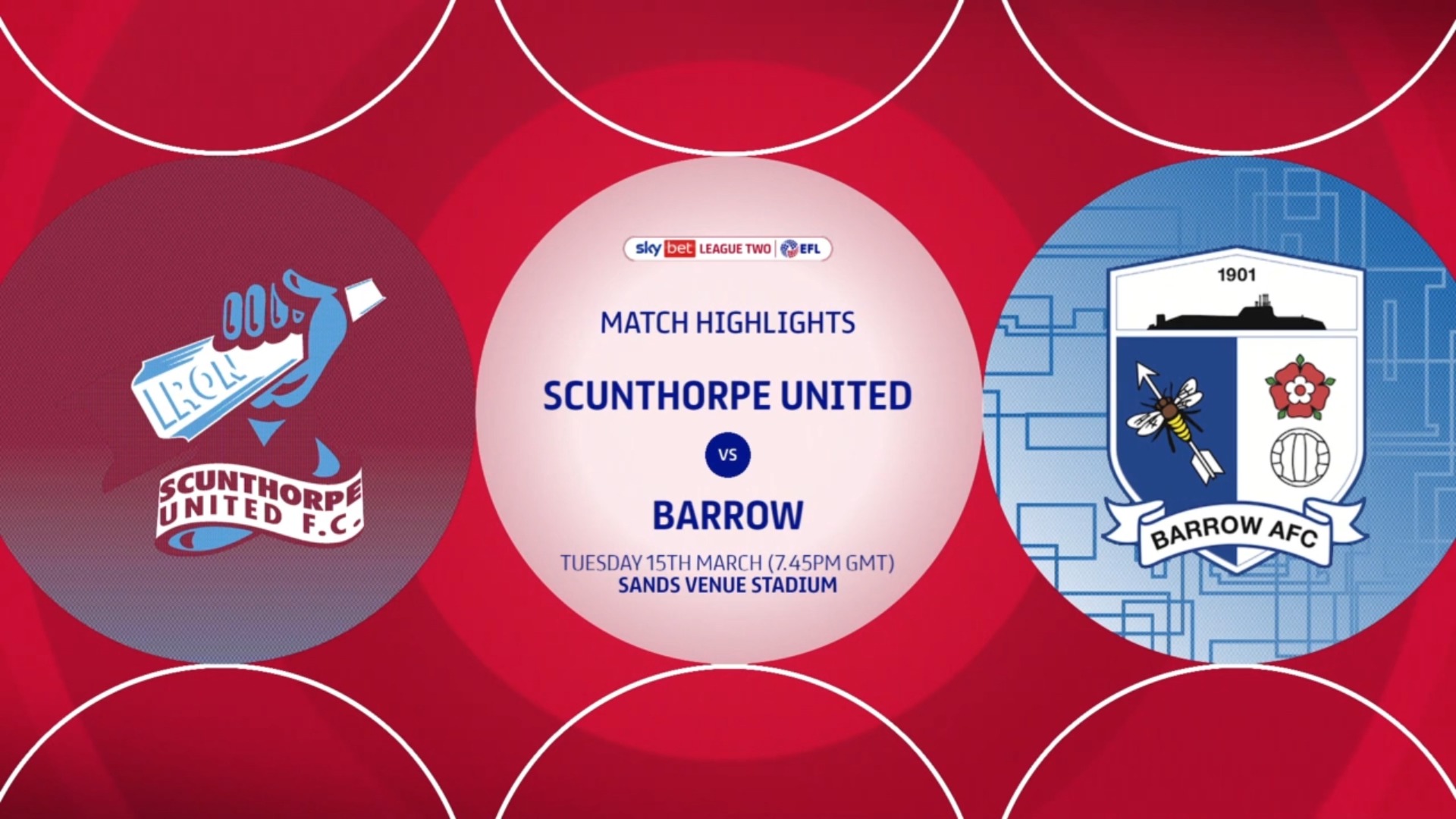 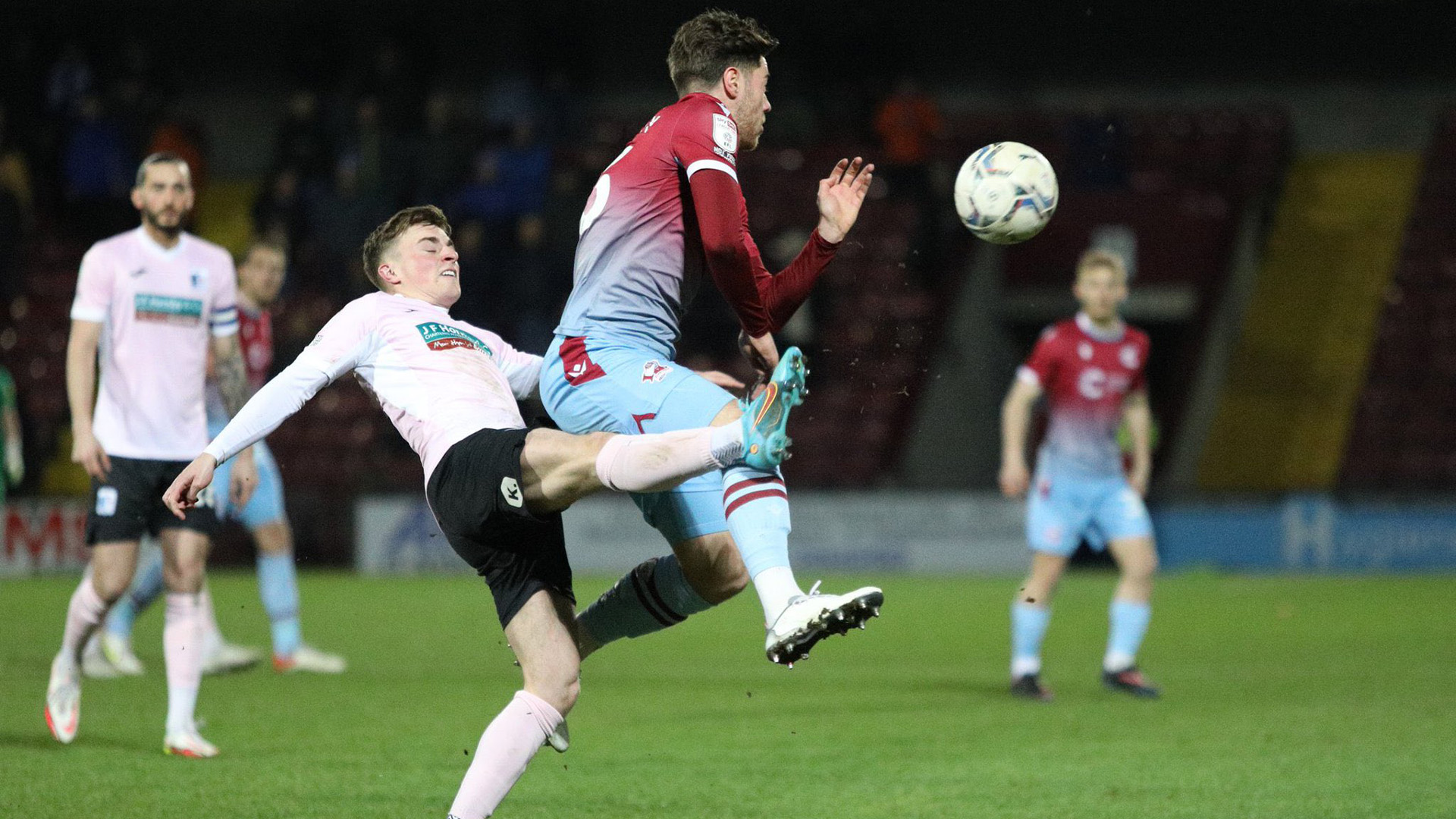