The Iron visit Salford City this Saturday (3pm kick-off) and you can see all the build-up articles via the links below.

TICKET DETAILS
Ticket details ahead of the game at the Peninsula Stadium.

TYRESE SINCLAIR AHEAD OF SALFORD
Hear from the on-loan Mansfield man prior to the match.

FLASHBACK
We look back at previous matches against Salford City.

IFOLLOW VIDEOS
See from Keith Hill and Tyrese Sinclair ahead of the game.

ON THIS DAY
See our past record for games played on March 19th.

THE SALFORD VIEW
See the latest articles from their website.

Joe Nuttall was on target in the second-half but United were beaten 5-1 at Salford City on Saturday.

The Iron went into the game making three changes from the side that faced Barrow in midweek, as Alfie Beestin, Harry Lewis and Luke Matheson come in for Anthony Grant, Mason O'Malley and Sam Burns.

With a minute gone, Beestin was clearly pulled back in the middle of the pitch, which allowed the Ammies to come out with possession. They looked to play through the Iron defence, but the ball was intercepted and then cleared by Matheson.

After six minutes, Liam Feeney broke the offside trap and played a reverse pass into Tyrese Sinclair, who had made a run centrally towards the area. An Ammies defender nipped in and sent the ball back to Tom King, with Sinclair again looking to charge down the clearance.

Two minutes after, Nuttall played a neat give and go with Matheson before wriggling free on the edge of the area. He rolled the ball to Lewis, who opened up and drew King into a save. The ball was sent upfield with Rory Watson out to punch clear a cross from the left.

With 12 minutes gone, Matt Smith was threaded into the Iron penalty area and slotted the ball into the net, but his celebrations were ended by the assistant referee Helen Edwards who raised her flag for offside.

18 minutes in, Matt Smith latched onto a ball into the box by Jason Lowe to head the Ammies into the lead.

Soon after the goal, Harvey Cribb latched onto a loose ball before feeding Sinclair, who turned and sent a half-volley goalwards. It was blocked by a defender, with the Mansfield loanee’s handball claim dismissed by the referee.

On 23 minutes, Cribb then slid in on Matthew Lund to win the ball. Sinclair came out with the ball before Nuttall challenged for the aerial with Theo Vassell, with the Ammies defender sending the ball out for a corner.

Nuttall climbed highest to win the header, sending the effort towards goal. King flew across the right of his goal to claim the ball and deny the equaliser.

With 28 minutes gone, Brandon Thomas-Asante looped a header towards goal and over the crossbar following a left-winged cross.

In the 33rd minute, Sinclair was at the thick of the Iron attack again, peeling away to receive the ball before feeding it wide. He was tripped in the meantime, with the free-kick into the box headed away by Lund for a corner.

George Taft was the player to rise highest from Feeney’s latest corner, with his powerful header towards goal blocked by a defender en route to goal before the ball was prodded away to the nearside channel.

The 40th minute saw a superb save from Rory Watson as he denied Thomas-Asante with an effort from 18-yards following a low cross from the left. Jai Rowe slid in as the rebound opportunity presented itself, winning a double ricochet and a goal kick.

A minute later, Lewis and Feeney combined on the left before Beestin nipped in and slotted in Feeney. His cross was turned behind by Ibou Touray for a corner. The set-play was cleared, but the Iron maintained possession. Feeney and Matheson combined to force the ball to Sinclair inside the area, but he couldn't get the ball under control.

In the first minute of stoppage time, Thomas-Asante doubled Salford’s lead with a finish from close range.

At half-time, Burns came on for Lewis, and early in the second period, Thomas-Asante sent a header high and wide of the target as he connected with a right-winged cross.

On 55 minutes, Watson made a fine save down to his left from point blank range to deny Lund before a second effort was blocked by the Iron defence. Ryan Delaney then cleared.

In the 62nd minute, the Iron halved the deficit when Burns got in down the right side and sent in a low ball which Nuttall met, sweeping the ball home from close range for his second goal in Iron colours.

With 66 minutes gone, Hunter was denied by Watson as Thomas-Asante teed him up on the left side of the area.

A minute later, Nuttall and Burns combined, with the Iron’s goalscorer receiving possession back on the edge of the box. He rolled the ball to Beestin, who took one touch before firing wide.

However, the hosts regained their two goal advantage in the 68th minute when Thomas-Asante got through following a ball over the top to slot into the net.

With 70 minutes played, Sinclair rolled in Matheson on the right channel. He checked back and was hacked dow, resulting in a free-kick on the edge of the box on the right side. Sinclair’s free-kick was met by Taft with the header, with the ball rebounding off an Ammies defender and out for a corner.

Seven minutes later, Stephen Kelly curled in a fourth for the away side from the edge of the box.

Then, at the other end, Sinclair wriggled free of three challenges before seeing his 20-yard effort saved by King.

On 82 minutes, Watson made a fine save to deny an effort from point blank range, but Thomas-Asante followed it up to complete his hat-trick.

Immediately after, Beestin was replaced by Hayden Hackney and with 89 minutes played, Sinclair flashed an effort across goal and wide.

United return to action next Saturday when they host Harrogate Town.

Tickets and travel are on sale now for the Iron's trip to take on Salford City on Saturday, March 19th (3pm kick-off).

We have been handed an initial allocation of 500 tickets for the game, with 284 standing and 216 seating.

Should they not sell out, match tickets will remain on sale from the Iron ticket office until 3.30pm on Friday, March 18th.

Ticket prices for standing and seating are as follows:

Supporters who claim higher-rate DLA or enhanced PIP should pay at the age/status appropriate rate but are entitled to one complimentary carer's ticket, should it be required. 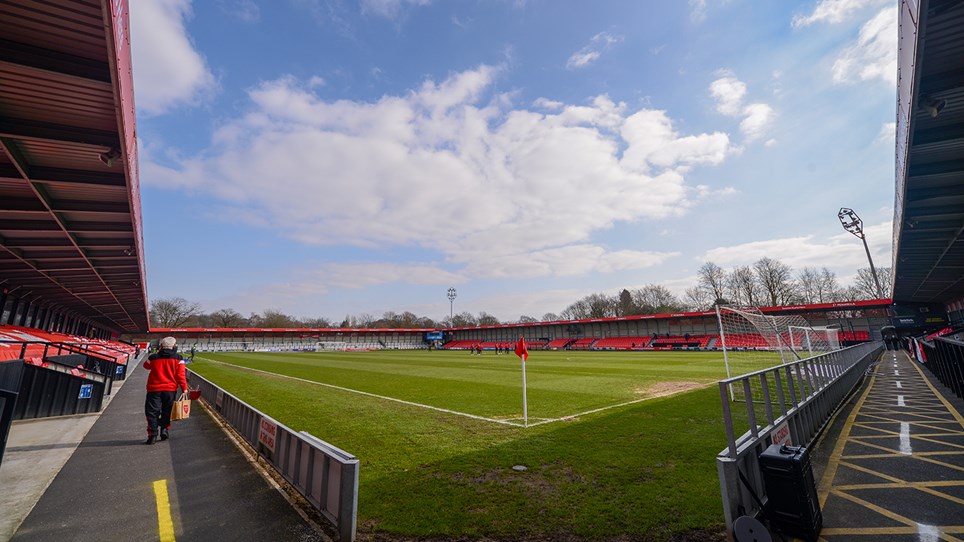 Tickets now on sale for Salford away


Tickets and travel are on sale now for the Iron's trip to take on Salford City on Saturday, March 19th (3pm kick-off). 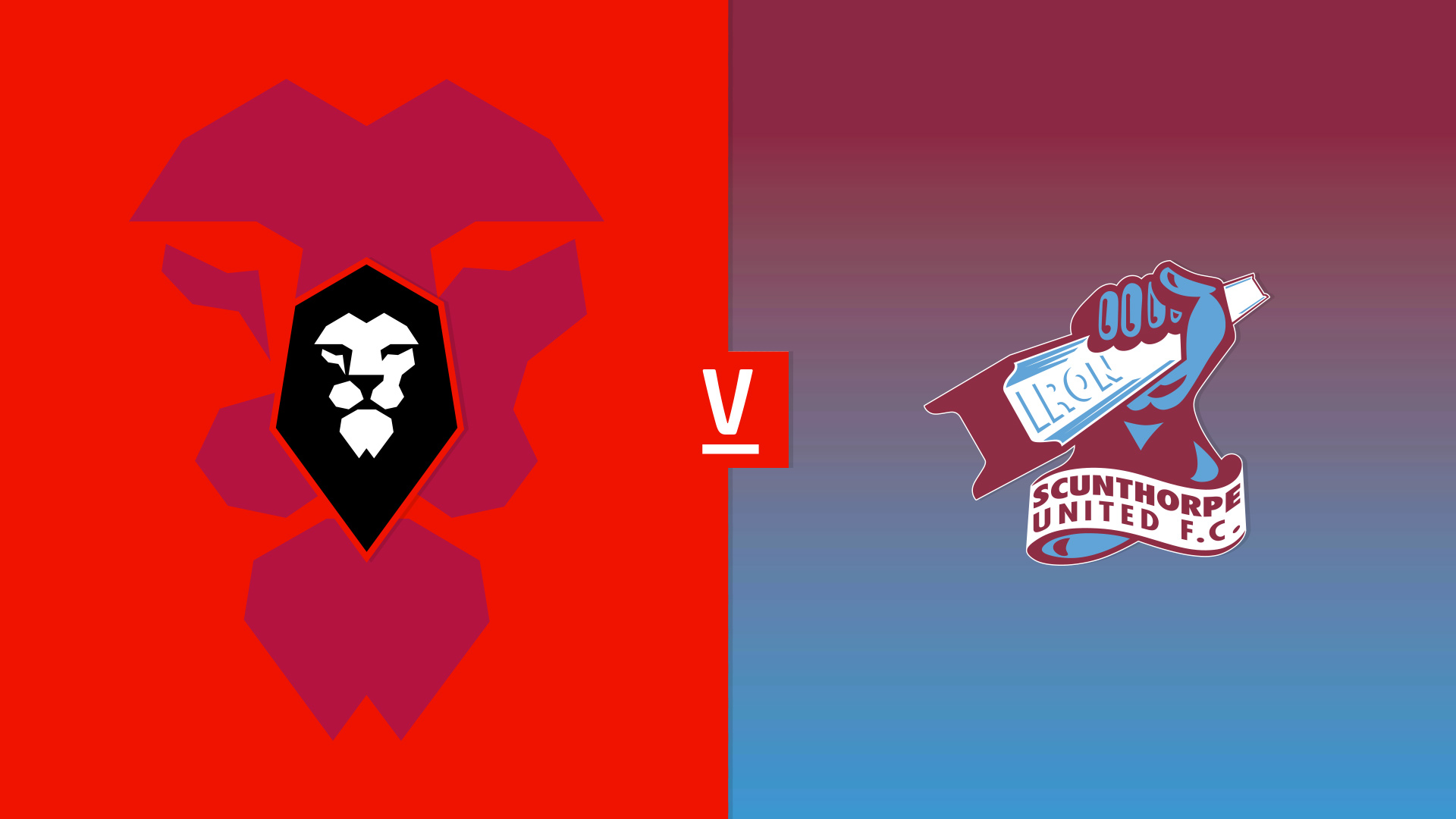 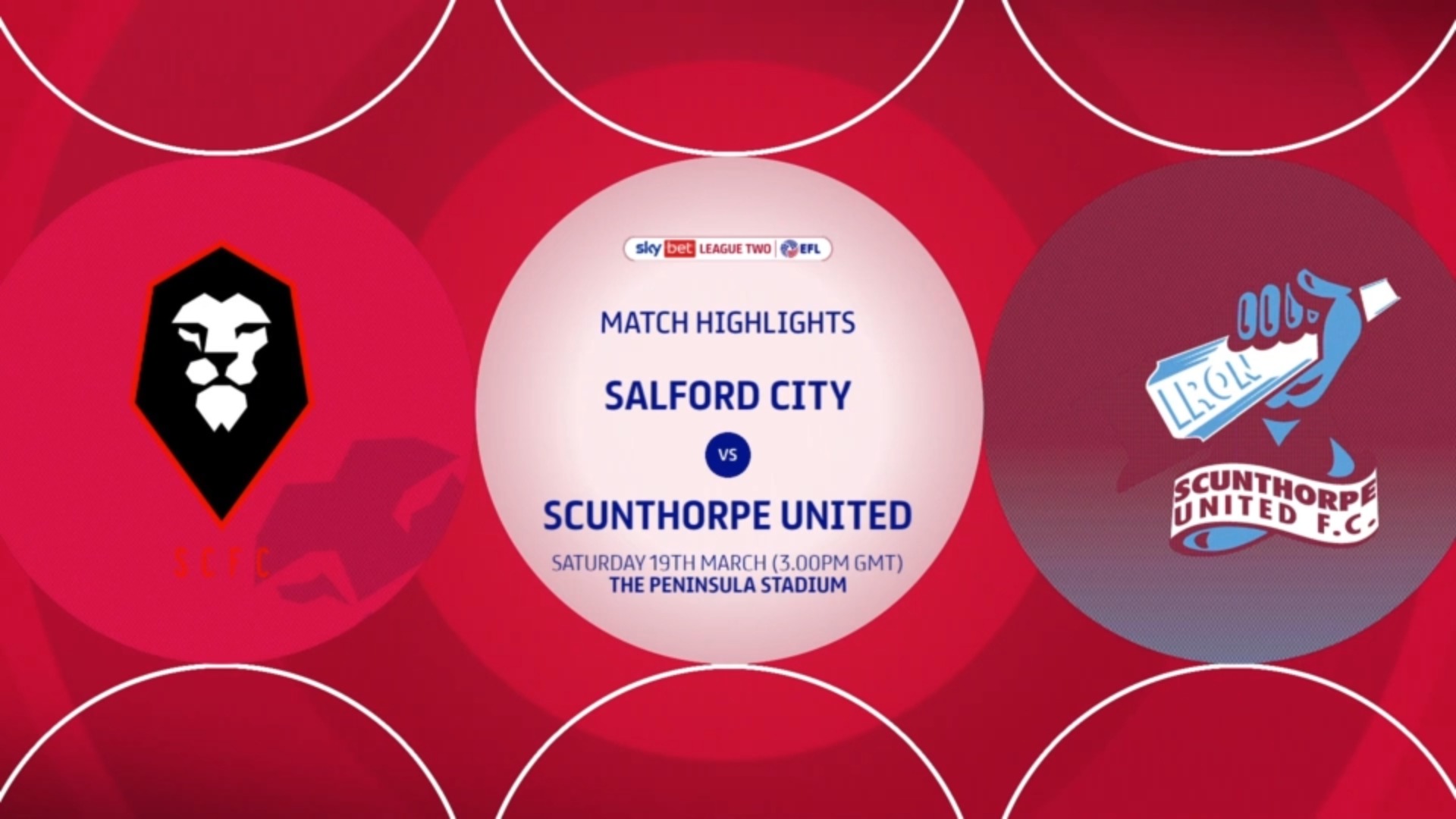 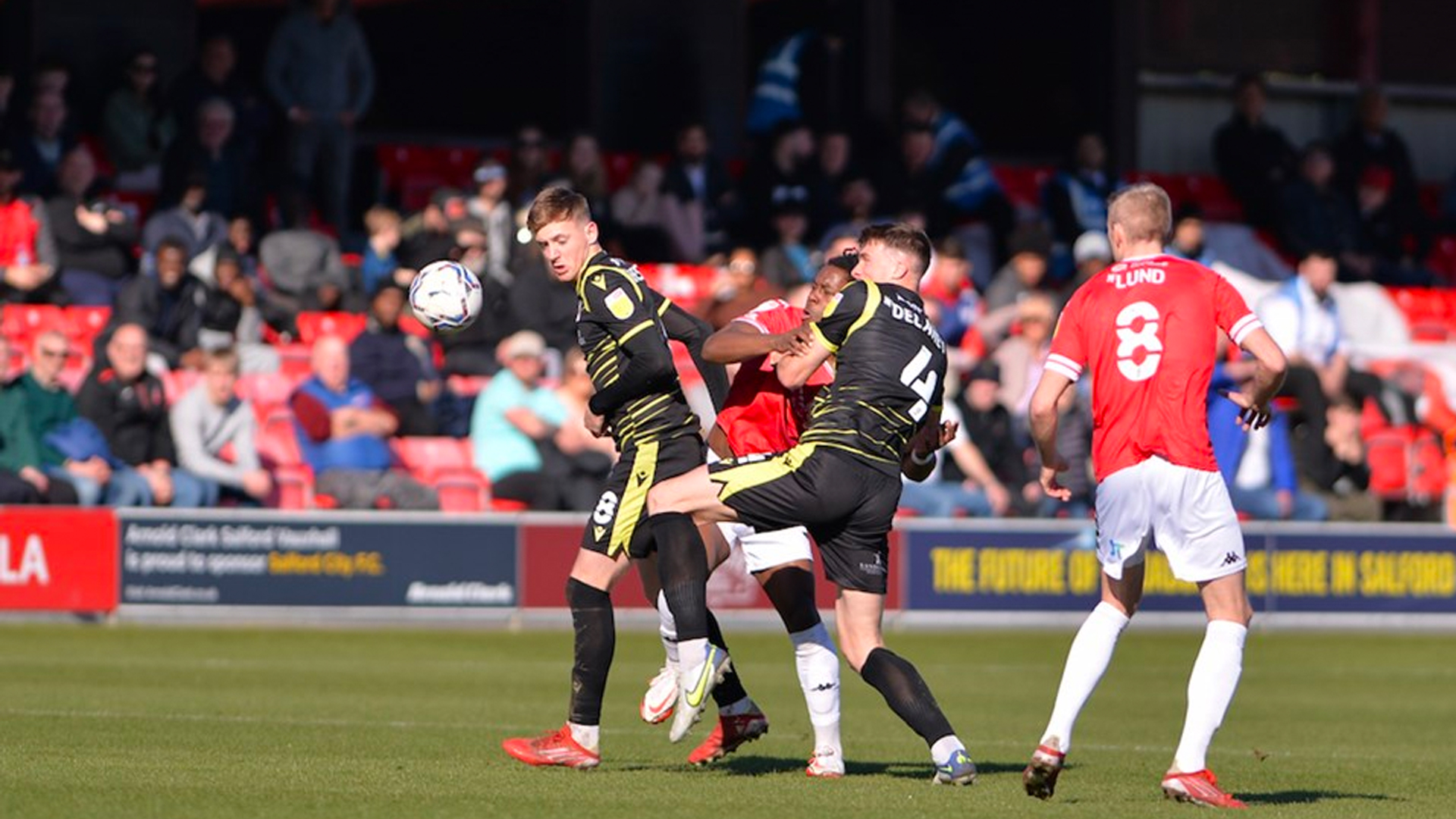