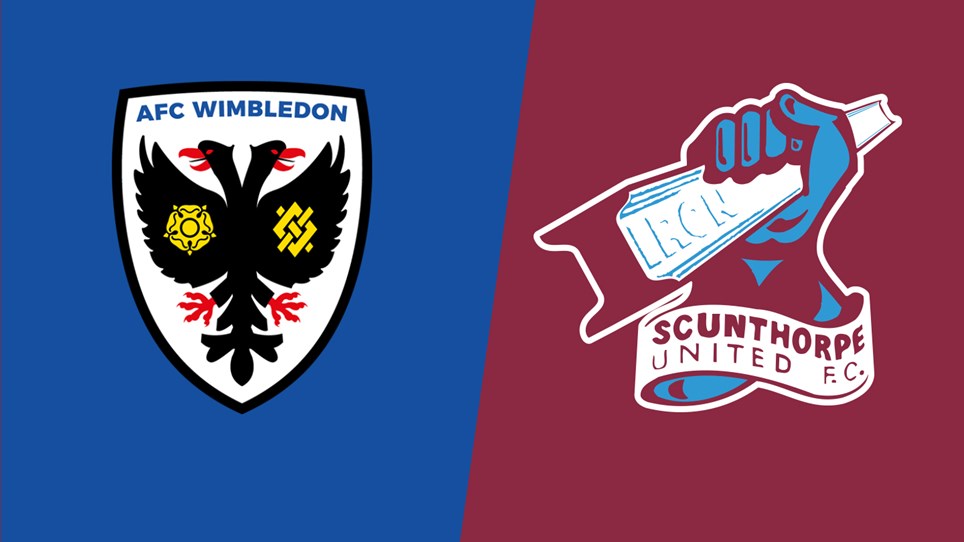 A deflected effort by Harry Bunn and a penalty from Ryan Loft saw United come from behind to win 2-1 in a pre-season friendly away at League One side AFC Wimbledon.

Loft looked to cause a nuisance in the Dons’ back line inside the first minute following a loose pass, but the hosts worked their way out of danger.

The hosts won a penalty in the third minute though as a free-kick came into the box and was nodded down, with the referee adjudging there to be a foul inside the area as a Dons player took a tumble. Ollie Palmer stepped up and sent Tom Billson the wrong way, firing low to the on-loan showstopper's right and into the net.

In the sixth minute, United looked to respond quickly as Tyrone O'Neill held up a forward pass into him well before trying to play Loft in down the right. The frontman almost got on the end of the ball, but for a sliding intervention which saw the ball go out for an Iron throw.

On 15 minutes, the hosts won a free-kick on the left channel with the ball going long into the area. Lewis Thompson headed away from danger under pressure before the follow-up cross went out for an Iron throw.

With 25 minutes played, Loft seized on possession with the home goalkeeper a distance from his goal. He brought the ball closer to the edge of the area before drawing the ‘keeper into a good save. O’Neill looks to then drive into the area but was dispossessed.

The 31st minute saw an equaliser for the Iron as Thompson’s left-winged cross was headed clear. Bunn chested down and sent a right-footed volley towards one corner, with the ball taking a wicked deflection and nestling in the other.

Three minutes after, Kenyon and Alfie Beestin worked together in the middle to come away with possession before sending Thompson down the left. He drove down the channel before searching for Loft in the centre, but the ‘keeper came out to grasp the ball.

The Iron were awarded a penalty themselves in the 38th minute when Beestin won the ball back, finding Bunn, who turned neatly. The ball was played into the box to Loft, who controlled and shot. The ‘keeper saved, but Loft was taken out with a tackle on the follow through.

The forward then picked himself up to drill the spot kick straight down the middle to fire the Iron ahead.

There was almost an immediate response from the hosts as the ball came down the left, before being played inside, with the shot across goal by Luke McCormick comfortably saved by Billson.

United started the second-half well as Loft won a free-kick for the Iron inside 20 seconds of the second half, with an opportunity to get the ball into the box. Bunn took the kick, aiming for the run of Emmanuel Onariase at the far post, but the home shot stopper read it and came to claim the ball.

The 49th minute saw a chance for AFC Wimbledon as the ball was played down the left channel with a low ball across the box getting a slight touch from one of their forwards, but not enough to direct the ball on target.

On 57 minutes there was a superb save from Billson as a low ball came across the area from the right. He spread his body as the effort came in from Palmer at the back post to divert the ball around the post for a corner, which was dealt with.

Just before the hour mark, the Dons came down the left side and got into the area before checking the ball back to the penalty spot where a low effort went in from Palmer. Billson got down to make the save though.

Cameron Wilson came on for Green soon after, and then Billson was drawn into a further save, beating away a long range effort before the subsequent corner was cleared.

Not long after, Thompson and Wilson both combined down the left side with Wilson holding his run to remain onside. He then teed up Thompson for the cross, but the ‘keeper gathered at the second attempt.

With around 20 minutes left, Jordan Hallam and Alex Perry replaced O'Neill and Bunn.

There was almost a perfect introduction as Wilson played the ball along the box for Loft, who teed up Perry. He was just about to pull the trigger as the flag went up for a marginal offside call.

Onariase sent the ball to Thompson on the left in the 76th minute before the ball was later teed up for Hallam following a cross, with a controlled drive pushed around the post for a corner.

Jai Rowe and Mason O'Malley came on for Pugh and Thompson with 12 minutes left and, within a minute, Wilson broke the offside trap down the left side before taking on one man and nipping the ball beyond another. He was then wiped out with the incoming challenge inside the box, but no foul was given.

The Iron then won a corner, as Beestin got space down the left to squeeze in a low cross, with the ball turned behind as Hallam came in. Nothing came from it though.

The Dons upped the pressure in the closing stages, with Billson clawing away a cross-cum-shot which was put out for a corner, and then a minute later there was a brilliant one-handed save from Billson as he flashed across his goal to his right to claw a powerful effort behind for a corner.

Moments after that, Finley Shrimpton and Harry Jessop came on for Beestin and Loft, and then when the ball broke for him just seconds afterwards, Wilson clipped a speculative long range effort just wide after seeing the goalkeeper off his line.

Billson was drawn into another save from a long range effort, while he also made a brilliant stop in the 90th as a Dons striker looked to net from point blank range.

United are next in action when they visit Grantham Town in a Lincolnshire Senior Cup quarter-final on Tuesday night (7.45pm kick-off).