The Iron will be hoping to build on the 3-1 win at Oldham Athletic on Boxing Day and make it back-to-back successes when they host Carlisle United on New Year's Day. See our handy guide to the articles published ahead of the game below.

TOM PUGH PREVIEWS CARLISLE CLASH
Hear from the midfielder as we prepare for the weekend.

CARLISLE UNITED FLASHBACK
A look back at our full record against the Cumbrians.

ON THIS DAY
See our past record for games played on January 1st.

CARLISLE UNITED WEBSITE
Read up further on the opposition ahead of the weekend.

The Iron unfortunately succumbed to a 1-0 home defeat on New Year’s Day at the Sands Venue Stadium, with Rod McDonald’s first half goal the only difference between the two sides.

Scunthorpe dominated large periods of the game but could not extend their unbeaten run, thus falling to their first defeat in six games.

It was the visitors who were presented with the game’s opening chance, as Sam Fishburn's header flashed wide just two minutes into the encounter.

The Iron then came forward, with Tom Pugh spraying a wonderful pass out to Devarn Green, who in turn drove at the visitors backline before firing his left footed effort over the bar.

As the 15 minute mark approached, it was Scunthorpe who began to take a rather large foothold in proceedings, with Myles Hippolyte the next player in claret and blue to come close, dragging his strike wide of the mark.

Jon Mellish then tested Rory Watson as he broke into the Iron penalty area, with his left footed effort easily collected.

Harry Bunn went close as he connected with Green’s cross before deflecting out for a corner.

Green then wonderfully plucked the ball out of the air before playing in Bunn, with Mark Howard smartly closing the angle down quickly to prevent any further danger.

Rod McDonald then connected with a looping header which almost caught Watson out as it bounced off the top of the crossbar on 32 minutes, with Jai Rowe receiving the game’s first caution after being adjudged to have held back Mellish as the visitors looked to break away on the counter attack seconds later.

Ryan Loft was then presented with the Iron’s best chance of the half as a perfectly timed flicked pass from Bunn enabled the forward to race through one-on-one before being closed down at the dying second as he looked to pull the trigger.

Carlisle then took the lead just two minutes later, with the ever threatening McDonald meeting Callum Guy’s corner to nod the visitors ahead just before the break.

As the second half began, Jordan Gibson was the first opposing Blues player to come close, as his strike was easily gathered by Watson.

Minutes later, the visitors again broke forward, with Guy’s cross whipped in before appeals for a penalty for a foul on Mellish were waved away due to the offside flag being raised by the linesmen.

Hayden Hackney then had his own penalty appeals waved away, after believing he was fouled as he looked to respond with some tricky footwork on the by line.

Another half chance then came the Iron’s way on 60 minutes, with a wonderful corner from Mason O’Malley neither connected with after their own attempts by both George Taft and Bunn.

Scunthorpe appeals for another penalty were again denied as this time the ever present Bunn looked to get at Kelvin Mellor before referee Ben Toner pointed for a goal kick soon after.

Corey Whelan then cracked his own effort into the away end after picking up a loose pass from Devarn Green, with the game teetering on a knife edge heading into the final 15 minutes.

Debutant substitute Harry Lewis was the next to test his luck, as his left footed fizzed effort was easily gathered by Howard in the Carlisle goal.

Brennan Dickinson then tested his luck inside the Iron penalty area, with his effort once more blazing over Watson’s crossbar.

Hackney’s late free-kick was too high to unfortunately trouble Howard, with Jordan Hallam the next to come close as he flashed an effort wide of the Cumbrians goal, deep into stoppage time.

But it was the visitors who hung on as five additional minutes were indicated, much to the joy of the travelling away contingent..

The Iron return to action next Saturday, as they travel to Birkenhead to face Tranmere Rovers (15:00 kick-off).

Supporters can buy at the early bird prices until 4pm on Friday, December 31st, and also until three hours before kick-off online via our ticketing website (www.sufctickets.com). Matchday prices then apply.

This is a Category A fixture. 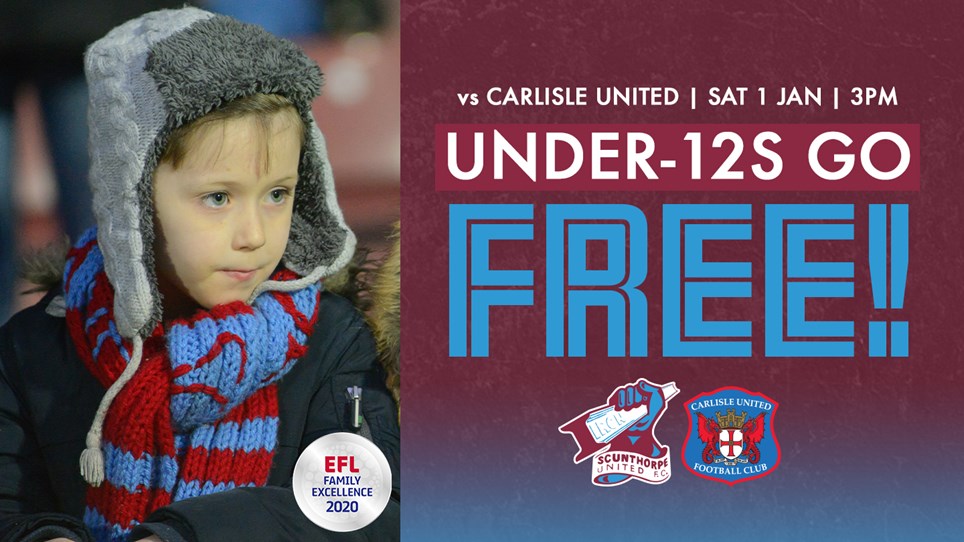 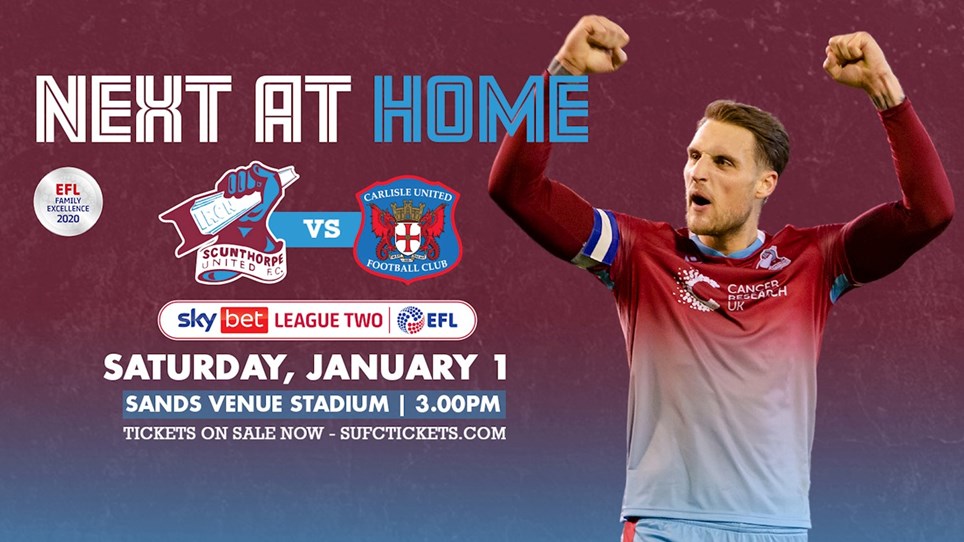 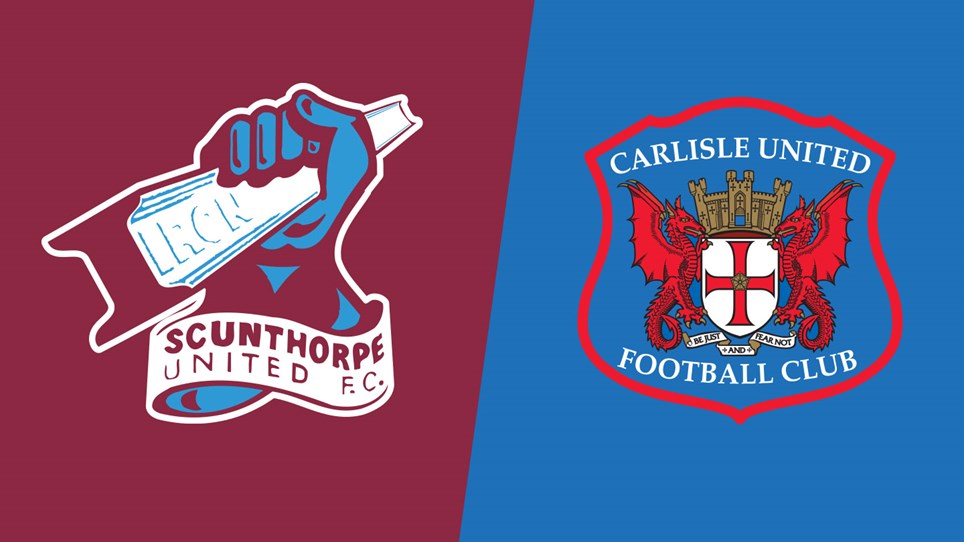 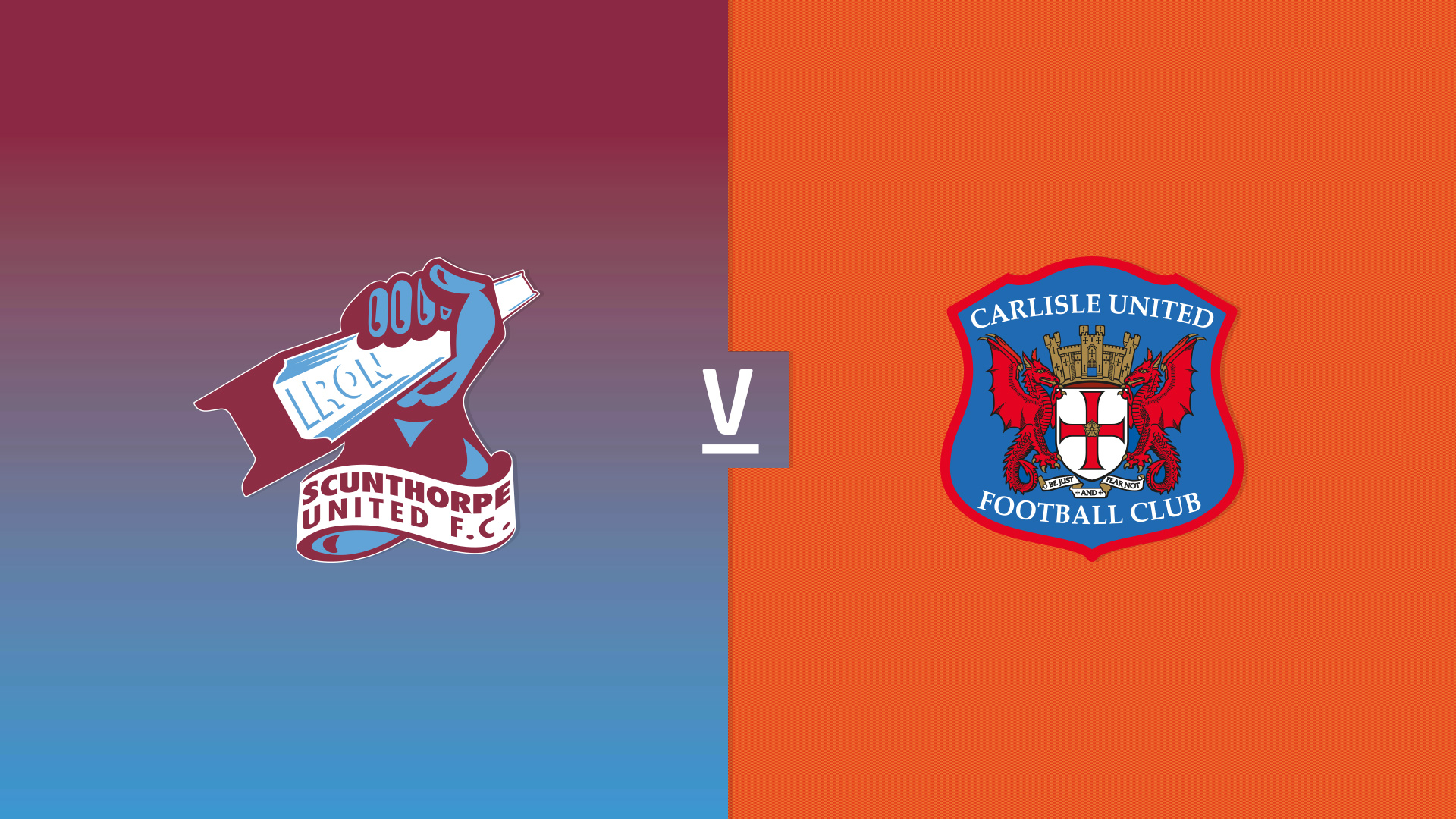 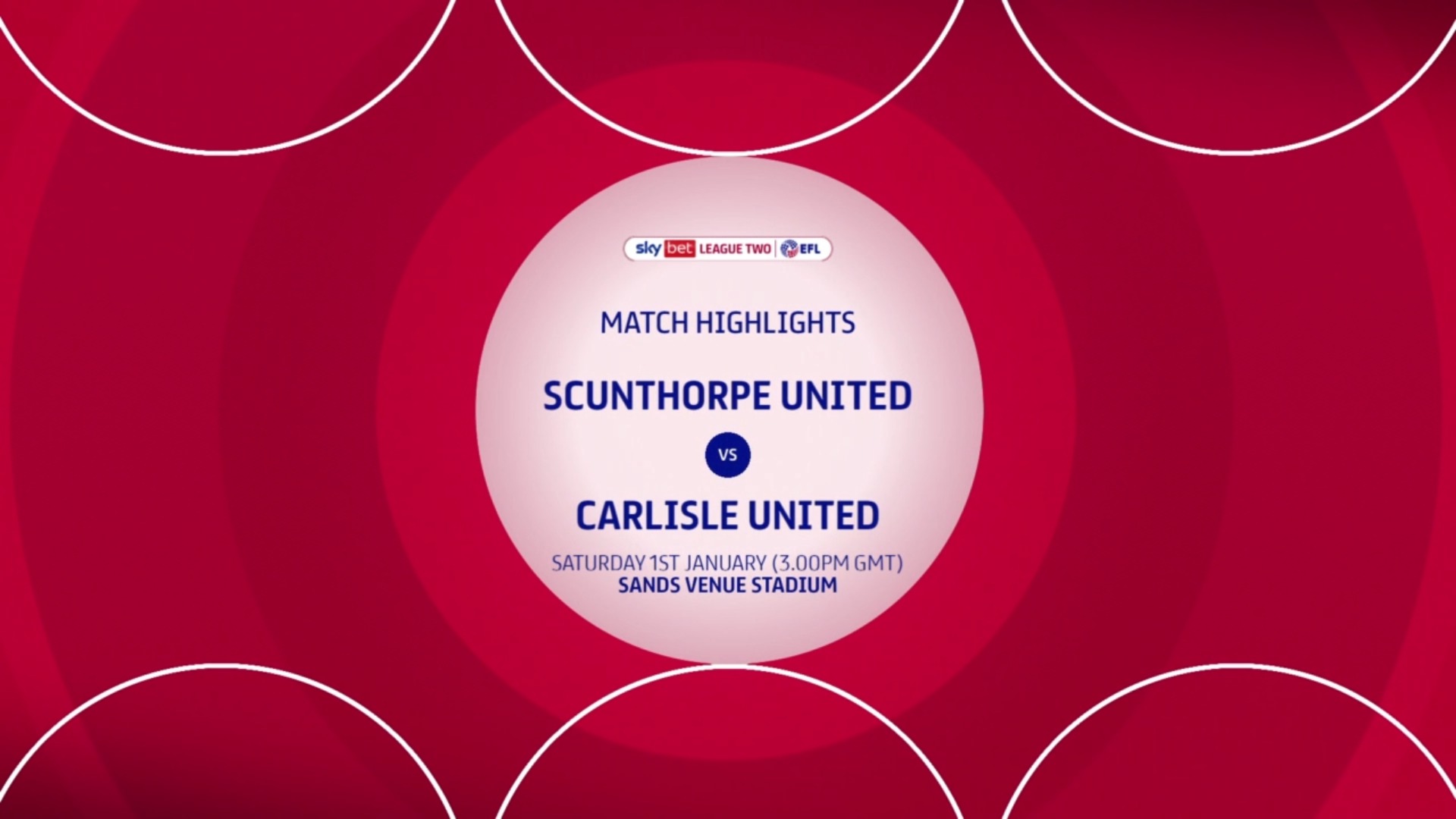 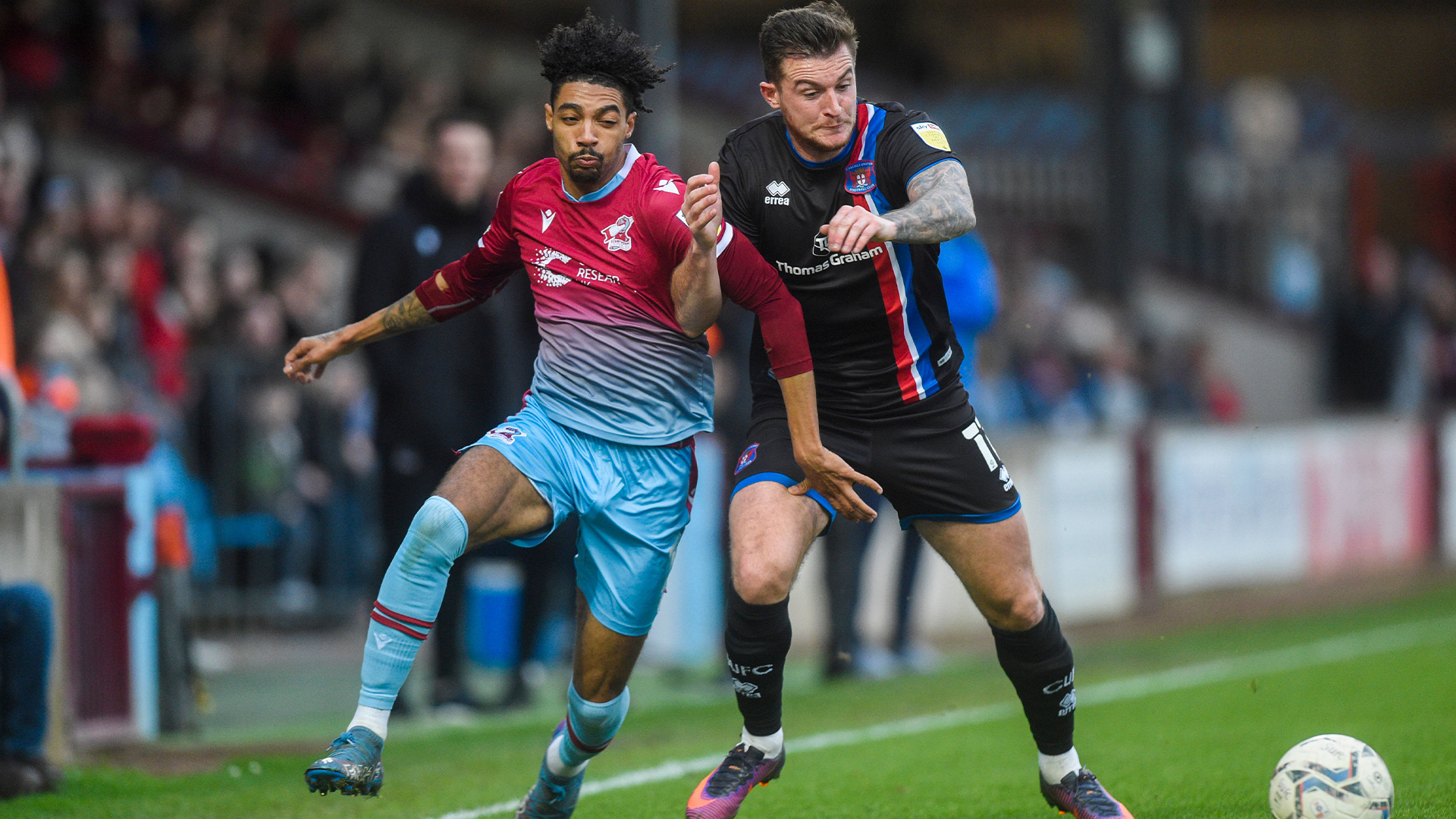