The Iron visit Exeter City this weekend and you can see all the build-up articles via the links below.

TICKETS DETAILS
Follow the Iron away at St James Park.

JAI ROWE'S THOUGHTS PRIOR TO EXETER
Hear from the defender ahead of the match.

FLASHBACK
We look back at previous matches against Exeter City.

IFOLLOW VIDEOS
See from Keith Hill and Jai Rowe ahead of the game.

ON THIS DAY
See our past record for games played on January 15th.

THE EXETER VIEW
See the latest articles from their website.

Goals from Jevani Brown and Offandre Zanzala saw the Iron defeated 2-0 at Exeter City on Saturday.

With a minute gone, the hosts got down the left channel with a low cross into the area stopped by Rory Watson down to his left before the loose ball was stabbed wide for a goal kick.

Two minutes later, the Grecians came down the right side this time, with the ball bobbling across to Timothee Dieng, who sent a right-footed effort into the side-netting.

After six minutes, the Iron won a free-kick on the left channel as they worked it forward from a free-kick on half-way. Myles Hippolyte was stopped before Mason O’Malley put his body in the way, going down to win the free-kick. The ball went into the area with Taft challenging for the ball, but he was penalised for an alleged infringement by the referee.

In the tenth minute, Onariase came across with a great challenge inside the box as Offandre Zanzala advanced. There was half a shout of a penalty from the home crowd, but the ball ricocheted off Zanzala and went to Watson.

Five minutes later, the Grecians won a free kick down the right which was sent in by Brown but George Taft managed to head away for a corner, which was then well defended by United.

Scunthorpe won a free-kick on the left side of the Exeter half following a foul on Jarvis. O’Malley sent a good ball into the area, and Onariase made a good run, but the ball was just above his head. The central defender got a touch on the ball, but couldn't direct the effort towards goal.

At the other end, the ball dropped to Dieng 25-yards from goal, and he opted to take a touch and fire a shot goalwards, with the effort dragged wide of the target.

Then, on 27 minutes, Jake Caprice checked onto his right foot on the edge of the box before sending his shot high and wide of the target.

With half an hour gone, Zanzala advanced towards the Iron’s penalty area but was thwarted by a fine sliding challenge by Taft before he blocked an incoming cross down the right. Brown’s resultant shot was then off-target.

Soon after, at the other end, Burns broke down the right side and tried to play a ball in for Jarvis in the box, but there was just too much on it and Exeter managed to get the ball clear.

In the 37th minute, Zanzala won a knockdown with the ball reaching Brown, who sent an effort well over the crossbar.

On 41 minutes, Jay had a quick shot towards goal following a short free-kick. Watson had it covered as he got down to his right before moving his body out of the way as the effort cleared the post.

Just before half-time, Exeter wanted a penalty again as Caprice went down as Onariase came across. Onariase was grabbed around the neck before the Grecians full-back went down and a goal kick was given.

At the start of the second period, Zanzala looked to work an opening for the Grecians and sent a low left-footed shot goalwards which Watson saved.

Caprice and Brown then linked up down the left for the hosts, with the former's ball across goal deflected away for a corner.

After O'Malley did excellently to keep the ball in play down the left flank in the 55th minute, the ball was played to Hackney on the left whose cross was turned over the crossbar by Jarvis.

Three minutes later, Exeter won a free-kick down the right side which was taken by Archie Collins and met by Sam Stubbs, whose header was turned past the post by Watson. United then dealt with the subsequent set-play.

Zanzala threatened again down the left and saw an effort blocked away for a corner before Stubbs headed off target following the set-play.

Scunthorpe made their first change at around the hour mark as Burns was replaced by Beestin.

The home side took the lead in the 63rd minute when Brown found himself in space on the right side of the 18-yard box, before curling his effort past Watson.

They threatened again through Zanzala a few minutes later, who drove down the left before cutting inside and firing wide at the near post.

At the other end, in the 67th minute, Hackney latched onto the ball on the left before slotting through O’Malley on the advancing run. His low cross was left by Cheick Diabate and flashed across goal and out of play for a throw.

Then, Jarvis teed up Hippolyte on the edge of the box with his ferocious drive worrying Dawson. The effort just cleared the crossbar.

Exeter had a chance not long after when Brown's delivery into the box was almost met by Zanzala, but the ball went out of play.

There was a Scunthorpe change in the 72nd minute when Kenan Dünnwald-Turan replaced Rowe for his first Iron appearance of the season.

Soon after though, the hosts made it two as Zanzala converted home at the back post after a right-wing cross fell into his path.

After receiving treatment for concussion, Hackney was replaced by Harry Wood with five minutes left.

The home side attacked soon after, with Caprice's shot deflected wide for a corner, which the Iron managed to get clear. Then, just before the 90-minute mark, Josh Key's shot from distance cleared the crossbar.

In the second minute of stoppage time, United were forced into a fourth change as Hippolyte suffered an injury and limped off to be replaced by Harry Lewis.

Then, Beestin sent a cross in for Jarvis from the right, which the forward headed over the crossbar, before Wood sent a long range shot over the crossbar for the last chance of the afternoon.

United return to action next Saturday with a home game against Newport County.

Tickets are on sale now for the Iron's trip to take on Exeter City on Saturday, January 15th.

We have been handed an initial allocation of 200 tickets for the game at St James Park.

Should they not sell out, match tickets will remain on sale from the Iron ticket office until 3.30pm on Friday, January 14th.

Meanwhile, the official coach travel for the game has been cancelled due to a lack of uptake.

BABES IN ARMS: Exeter's policy on this now relates to children aged four and under, who do not require a seat. As such, any child aged 0-4 will not require a ticket to enter the match.

WHEELCHAIR DISABLED FANS: Exeter have three pairs of tickets for away wheelchair fans in the away disabled bay of the Main Stand (by the away seats). Prices here are a maximum of the concession price for this stand with the assistant free. Under-18s therefore pay Under-18s prices in advance.

AMBULANT DISABLED: These fans are charged the appropriate age-related price and an assistant recieves a free ticket. 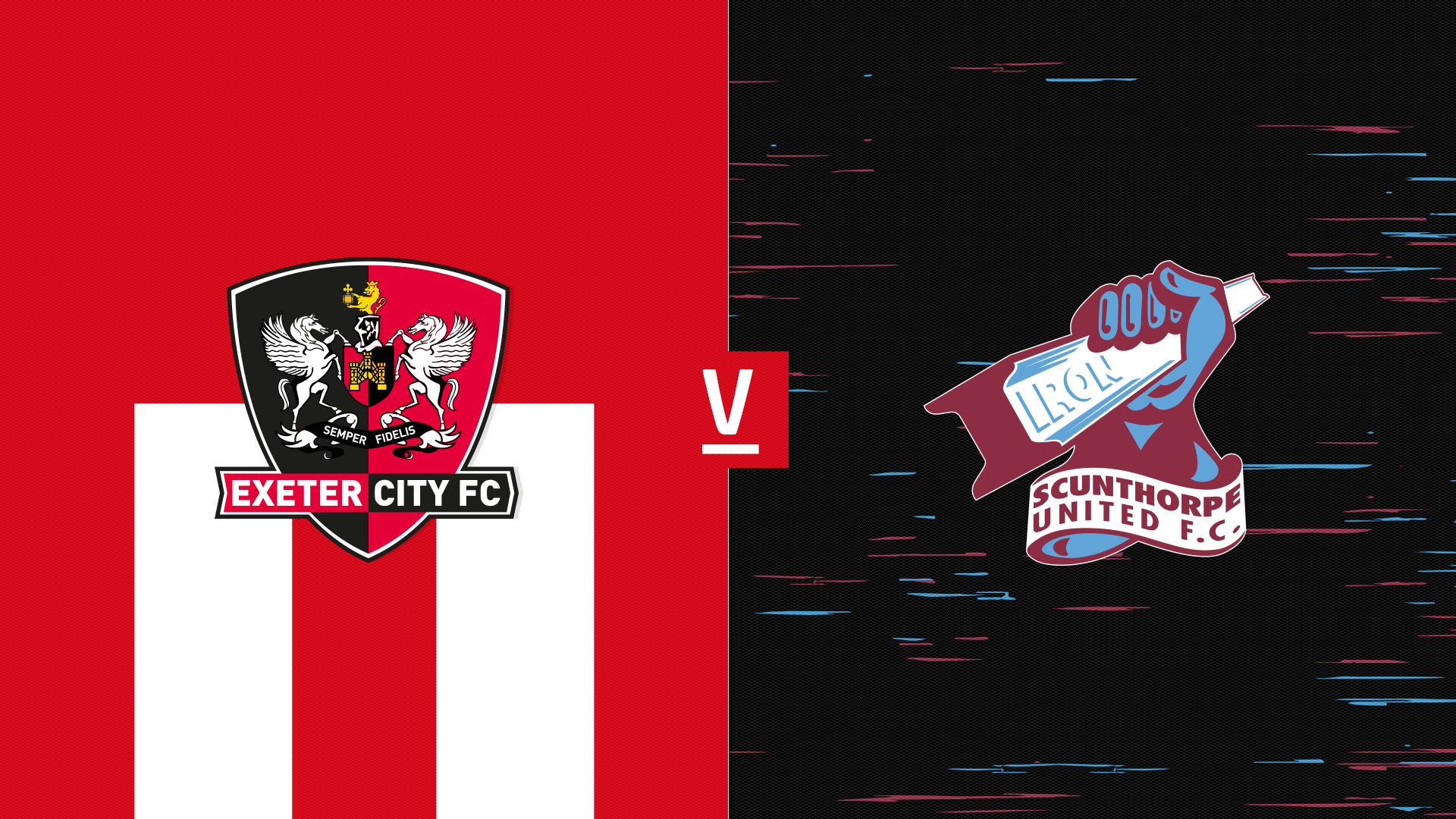 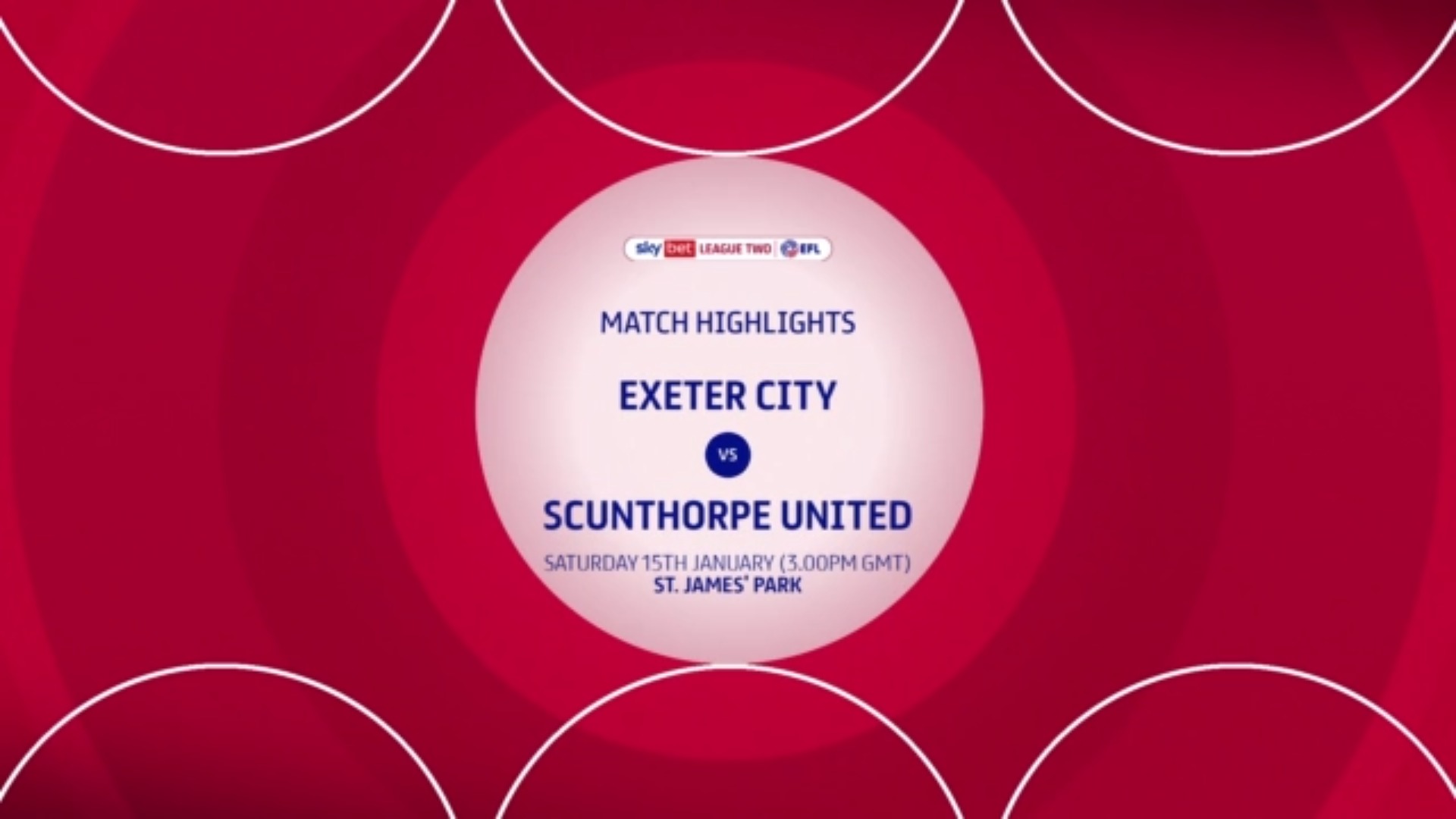 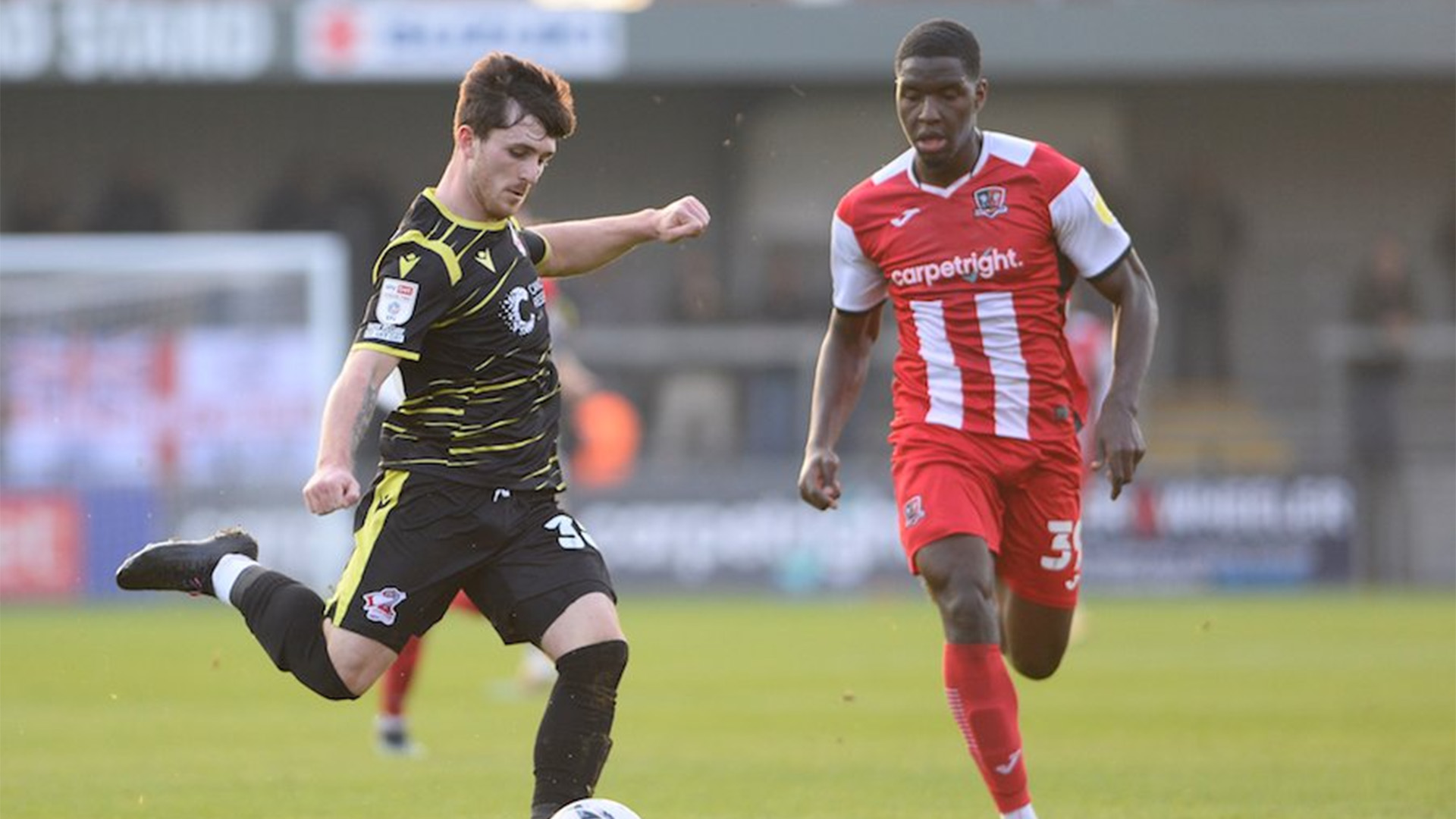