After 10 days without a game, the Iron return to action away at Stevenage in League Two on Tuesday night. See our handy guide to the articles we've published ahead of the fixture below.

MYLES HIPPOLYTE'S PRE-MATCH THOUGHTS
Hear from the midfielder ahead of the match.

FLASHBACK
We look back at previous matches against Stevenage.

OPPOSITION PROFILE
An overview of our hosts this midweek.

IFOLLOW VIDEOS
See from Keith Hill and Myles Hippolyte ahead of the game.

ON THIS DAY
See our past record for games played on December 7th.

ELSEWHERE IN LEAGUE TWO
See the other fixtures for this Tuesday.

THE STEVENAGE VIEW
See the latest articles from their website.

There was also a first ever appearance on the substitutes bench for Under-18s left-back Harry Lewis.

With a minute gone, Hippolyte seized possession and the Iron had an early three-on-three as they advance across the half-way line. The ball was threaded through to Aaron Jarvis, but he appeared to be held. The ball then ran through to home goalkeeper Adam Smith.

With six minutes gone though, the home side went ahead as Luke Norris cut in from the right and curled an effort in off the far post.

Soon after, Emmanuel Onariase came across inside the area to intercept as Elliott List took the ball down and shaped to shoot.

Nevertheless, United levelled with 13 minutes played as Hippolyte smashed in his third goal of the season. The goal came as Pugh battled in midfield to come away with the ball. Hippolyte then persisted to send the ball wide to Green. His shot was blocked before his cross found Jarvis. He beat Smith to the ball, with the loose ball guided in.

Four minutes later, Jarvis looked as though he was fouled on half-way as he held up possession, but the hosts retrieved the ball and slipped Norris in down the right. O’Malley and George Taft both stalled his movements before he dragged an effort across goal and wide.

On 19 minutes, Hippolyte shaped to shoot more than once as he took on his marker on the edge of the box, before he was eventually forced wide. He got the ball back from a one-two, but his cross was too close to goal, with Smith gathering.

Jamie Reid was adjudged to have broken the offside trap two minutes later, to the fury of the Iron backline, despite looking a good yard or two off. Onariase got back to block the effort for a corner, with the resultant kick overhit for a goal kick.

With around half an hour gone, the Iron broke quickly as Hippolyte slid in. He slotted through to Pugh who then turned and slotted Beestin through down the right. Goalkeeper Smith did well to claw away his cross, with Green looking to meet it.

After 35 minutes, O’Malley sent a free-kick into the danger area. Onariase peeled away at the back post and headed the ball back into the six-yard box, but Adam Smith came across to gather the ball.

Three minutes later, Rowe went in with a challenge on List on the nearside touchline, and looked to have played the ball as well as bringing down List, but the referee bounded across, giving Stevenage the free-kick, and issuing the first yellow card of the game. Rowe was the one to head clear the resultant free-kick.

After 43 minutes, Onariase connected with a free-kick which was taken from deep in the Stevenage half, but the home goalkeeper comfortably gathered.

In the second minute of first half stoppage time, Rowe was brought down right on the edge of the box, but play continued and the Iron soon won a late first-half corner, which was sent into the danger area but Stevenage managed to clear.

There was a Scunthorpe change at the break as Loft came on for Green.

Three minutes into the second period, O’Malley got in down the left side to squeeze in a cross shortly after Jarvis stole in to win back possession. The cross was headed away though for an Iron throw.

Soon after, Beestin looked to break and nipped the ball past Ben Coker before taking the challenge. He won the free-kick, which the Iron took quickly and looked to break. Pugh drove to the edge of the area but was dispossessed.

At the other end, with 53 minutes gone, Jamie Reid turned onto his right foot on the edge of the area and placed the ball across goal and wide of the target.

Pugh and Ross Millen combined down the right three minutes later for the latter to cross. His ball was headed away before the Iron recycled possession with a long range Millen strike almost catching out Smith. He spilled the ball, but the hosts cleared the loose ball.

Soon after, Jarvis took down the ball brilliantly and allowed Pugh to spread play left to O’Malley. His ball was taken down by Hippolyte before the Iron won a free-kick on the edge of the box.

The Iron did well to maintain possession after the free-kick was cleared, with Hippolyte taking the ball down on the right before his cross was met by Jarvis, but the header was deflected wide. It resulted in a corner which Stevenage eventually cleared.

With 62 minutes gone, Jarvis was replaced by Scrimshaw for the second Scunthorpe change.

Shortly after, there was a superb save from Watson as List read the ball over the top to connect with it on the edge of the area. The United goalkeeper had narrowed the angle and blocked the effort before a follow-up came in from range, with the effort going over the bar.

List again looked to latch onto a ball over the top in the 67th minute, with Taft and Watson both doing well - the skipper for putting himself in between List and the ball and Watson for gathering the loose ball.

The hosts then spilled a high, looping cross into the area from the right, with Pugh latching onto the ball. His shot was blocked by a defender, with his handball appeals turned down.

On the break, Norris sent a half-volley wide of the target with his left foot, before remonstrating with the referee that he should have had a corner, with Onariase coming across to deal with the threat.

The clock showed 70 minutes played, and as a cross came in from the right behind him, Scrimshaw attempted an acrobatic effort, but couldn't direct the ball on target.

With 75 minutes gone, Hippolyte worked his way into space on the right side of the Stevenage box and drilled a low effort which was blocked away and eventually cleared at the second attempt. There were handball shouts but referee Brett Huxtable was having none of it.

Five minutes later, Beestin was urged to shoot by the travelling fans as he was played the ball 25-yards from goal, but his effort went over the bar. It came after Hippolyte won the ball back, with Loft playing the square ball.

Millen was found on the right with a great ball in the 81st minute. His cross was blocked before Scrimshaw, Pugh and Hippolyte found space. Beestin then knocked the ball into the area, but Smith was out to gather.

At the United end, Pugh was yellow carded for an earlier challenge, but play continued, with a penalty shout turned down for the hosts as a coming together inside the box saw a Boro man take a tumble.

There was a final Iron alteration in the 85th minute as Hayden Hackney came on for Beestin.

He soon looked to work an opening as he played the ball to Loft, who then passed to Pugh, whose shot was deflected over for a corner. Hippolyte took but the home side cleared.

Scrimshaw and Hackney then combined to win the ball down the right side, with the ball reaching Millen, whose deep cross cleared the crossbar.

There were two minutes of stoppage time but neither side could make the breakthrough, although List flashed a last-gasp effort wide for the hosts, and Luke Prosser came close with an effort from a corner, not long after O'Malley's cross into the box resulted in a flag for offside.

Scunthorpe return to action when they visit Hartlepool United on Saturday (3pm kick-off).

Tickets are on sale for the Iron's League Two trip to face Stevenage, which takes place on Tuesday, December 7th (7.45pm kick-off).

We have been handed an allocation of 400 tickets for the game at the Lamex Stadium.

Should they not sell out, match tickets will remain on sale from the Iron ticket office until 12noon on Tuesday, December 7th.

Fans are able to pay on the night at Stevenage, by cash or card on the away turnstile. Matchday prices will apply though.

Meanwhile, official coach travel for the game has now sold out. Departure times are 2.30pm from the Hornsby bus depot, 2.35pm from Ashby Broadway, 2.45pm from the Museum and Baths Hall, and 3pm from the Sands Venue Stadium. 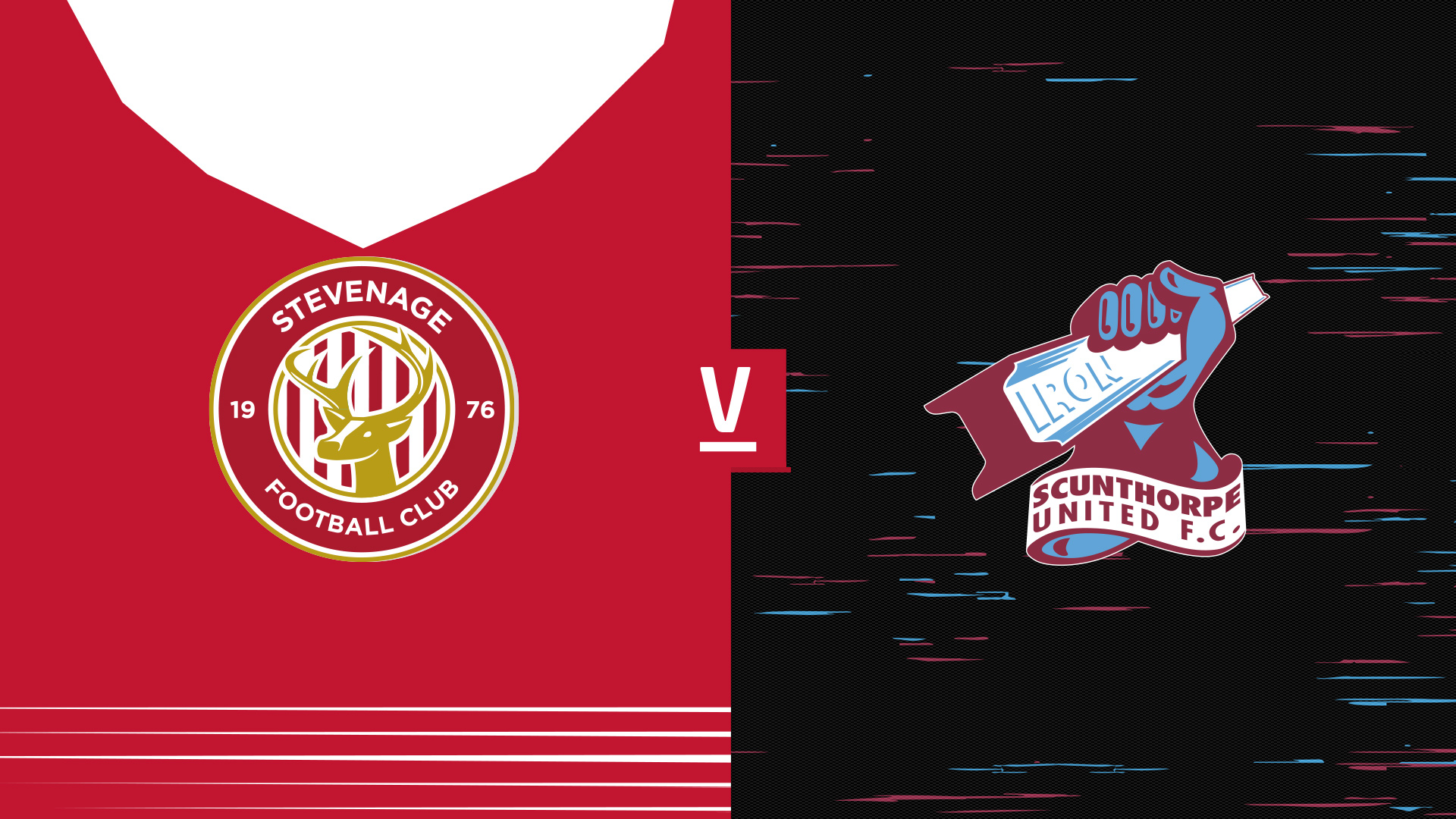 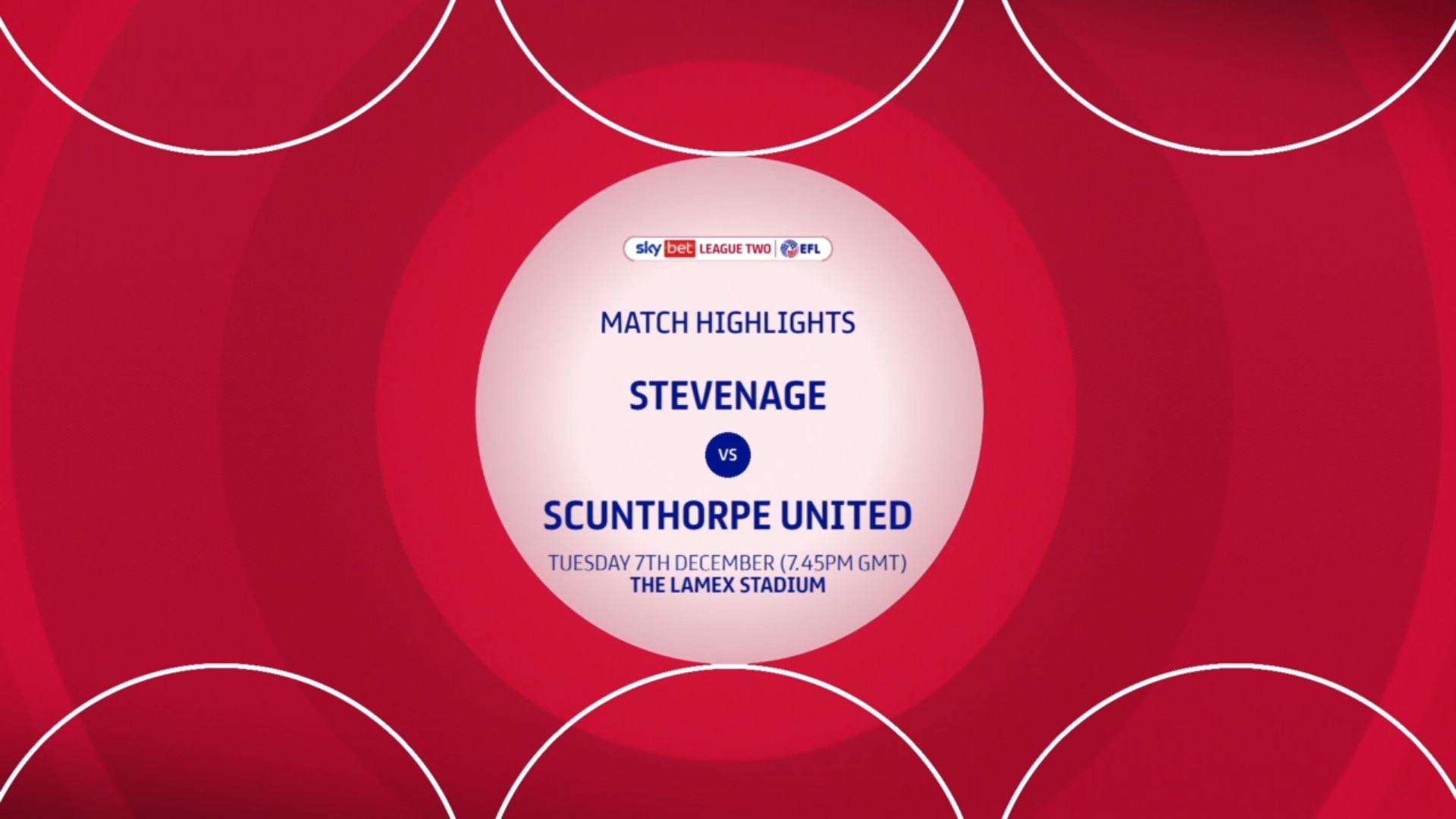 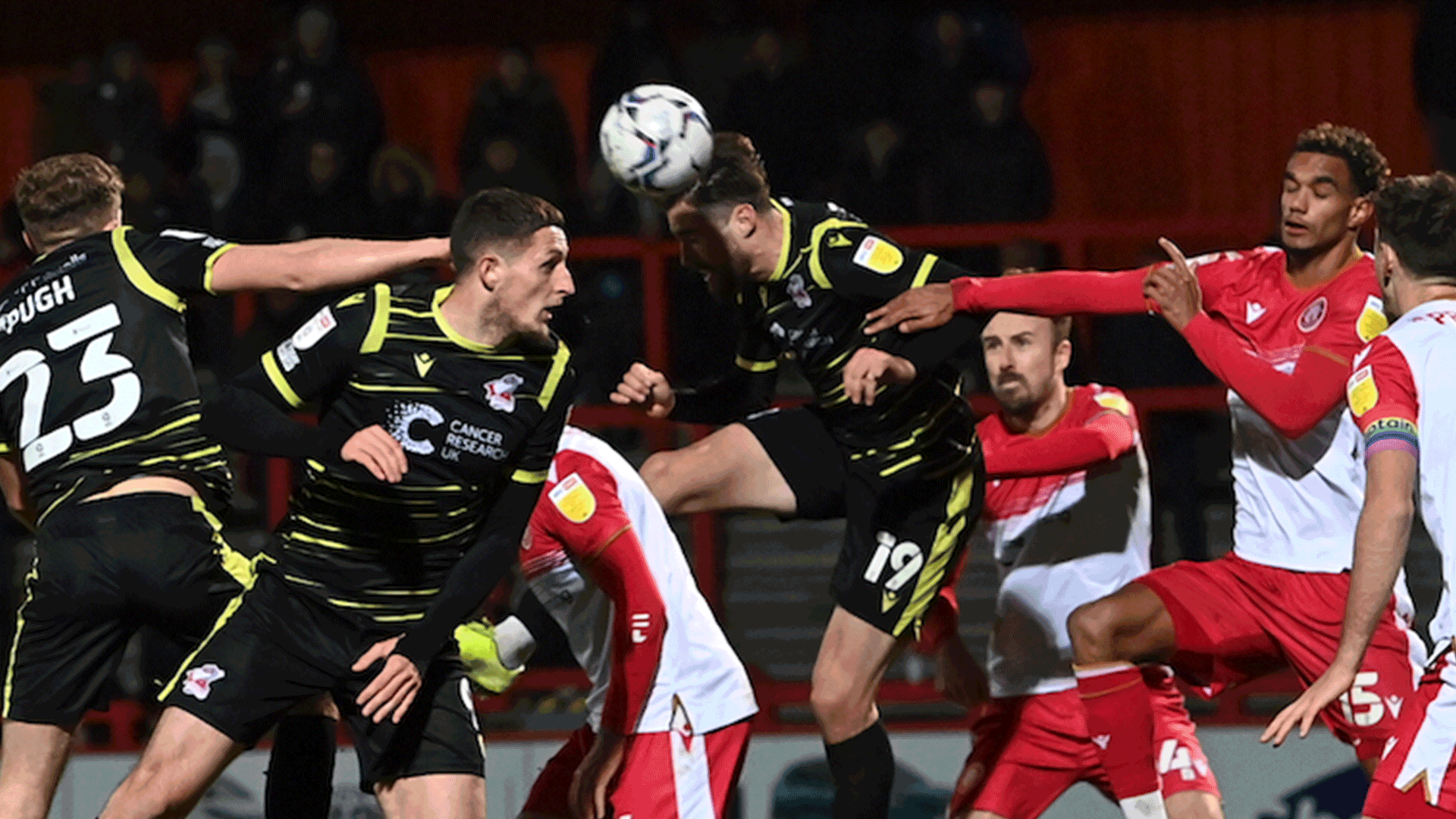