The Iron return to action on Tuesday evening when they face Barrow away in the first round of the Carabao Cup. See our handy guide to the articles we've published ahead of the game below.

TICKET NEWS
Details of how to buy in advance or on the night.

SUPPORTER GUIDE
Published by Barrow for fans who are attending.

LEWIS THOMPSON'S PRE-MATCH THOUGHTS
Read what the new arrival has to say after making his league debut.

FLASHBACK
Read about our last win over them, plus our full record.

IFOLLOW VIDEOS
See from Neil Cox and Lewis Thompson ahead of the game.

ON THIS DAY
See our past record for games played on August 10th.

ELSEWHERE IN THE CARABAO CUP
See the other fixtures for this week.

THE BARROW VIEW
See the latest articles from their website.

A spectacular goal early in the second half secured a place in the Carabao Cup second round for Barrow, as the Iron suffered a 1-0 loss at Holker Street.

Rory Watson, Mason O'Malley, Emmanuel Onariase, Myles Hippolyte and Alex Perry came in for Tom Billson, Lewis Thompson, Alfie Beestin, Devarn Green and Tyrone O'Neill as United made five changes from the side that faced Swindon Town on the opening day of the season.

After both teams did some probing in midfield, the first chance of the night came the home side's way on 10 minutes as Jamie Devitt had a go from range, with his right-footed shot moving all over the place en route to goal. Watson watched it all the way as he parried the ball away from danger.

With 15 minutes gone, Harry Bunn stole in to win possession and teed up Loft before the ball ended up with Perry. United then looked to put the ball into Ryan Loft, but home goalkeeper Paul Farman collected on the edge of his box.

Four minutes later, Barrow's Remeoa Hutton got down the right channel before whipping in a ball towards the far post which skipped off the surface and out of play for an Iron throw.

Then, straight after, Devitt turned on the edge of the box and hit a first-time shot, but Onariase got in the way of the effort to block, with Watson scooping up the loose ball.

The hosts continued their pressure, and George Taft towered above the home attack to head away a long throw into the penalty area by Hutton. Onariase then blocked a long range effort before Mark Ellis had a go from outside the box, with his effort flying wide.

Linking up well with Loft, Bunn had a go from 25-yards out, with his rifling shot flashing just wide of the target on 30 minutes.

Five minutes later, the Iron went direct through the middle with Perry who found Loft. He muscled through two players before his angled shot across goal was spectacularly saved by Farman.

With 39 minutes gone, former Iron left-back Kgosi Ntlhe hit a volley towards goal from a Barrow corner, but the effort was blocked by an Iron body before his follow-up cross was hacked clear by Loft.

There was a further Scunthorpe chance with three minutes of the first half left, as Hippolyte did well to lift the ball over one defender inside the area on the left before he drove a left-footed effort towards goal, with Farman getting a touch on the ball to divert it behind for a corner.

From the resulting O'Malley corner, Hippolyte connected with a volley, but his effort needed to travel through bodies en route to the corner and was inevitably blocked.

Early in the second period, Dimitri Sea gained possession 25-yards from goal before sending a low drive towards it, with Watson getting down to his right and seeing the ball skip wide of his post.

Then, in the 50th minute, the same player spectacularly connected with a long throw into the box to send an acrobatic volley into the back of the net and give Barrow the lead.

On the hour mark, Watson sprawled out to deny Sea as he broke the offside trap and went through on goal, with the Iron goalkeeper taking possession of the ball.

On 67 minutes, after some good play around the edge of the Barrow area, Bunn fired a strike which took a deflection and was saved by Farman.

A minute after coming on, Ozzy Zanzala drove down the left flank and sent a ball into the area which Watson got down well to deal with.

Just prior to then, there was a double United change as Beestin and Green replaced Alex Kenyon and Bunn.

Zanzala tested Watson again as he cut inside from the left on 75 minutes, with Watson making a good save, tipping over the crossbar.

There was a change of shape with the final change for the Iron, as Harry Davis was replaced by Cameron Wilson.

With 83 minutes gone, there was a chance for the hosts as a cross into the area was turned away by Taft before Brough put the ball back across goal. Perry then cleared for a corner, which was dealt with.

Three minutes later, Green played to Beestin who controlled and had a go from range with his effort skipping up off the surface and blocked by a Barrow body, with handball claims dismissed.

Just before six minutes of added time were indicated, Pugh beat his man on the right channel and instead of looking to cross he fired the ball goalwards, with the ball narrowly clearing the crossbar.

Scunthorpe pressed during those final minutes, and Green fizzed a shot just wide from the edge of the area, which was deflected out for a corner. That resulted in an O'Malley delivery being cleared for another, and then a third was won as his delivery into the area caused problems. However, the home side dealt with the danger.

Barrow have confirmed ticket details for Iron fans ahead of our Carabao Cup first round tie against them at Holker Street on Tuesday, August 10th (7.45pm kick-off).

Click here to read a supporters' guide created by Barrow ahead of the game for those travelling.

United fans will also be able to buy their tickets for the game by navigating to the 'Away Match Day Tickets' section of Barrow's ticketing website, which can be accessed here.

Tickets will be available on the day of the game from Barrow's Ticket Booth in the Fan Zone but fans are advised to buy in advance online to avoid matchday queueing.

Please note: Carabao Cup matches are not eligible for streaming domestically or internationally, so the game won't be shown live on iFollow Iron.

We are taking interest for coach travel to Barrow for this game. A decision will be made by Thursday 5th August if there is enough interest. If the coach travel goes ahead, it will leave the Sands Venue Stadium at 2.30pm plus the usual earlier stops. It would be priced at £31 members and £33 non-members. Email sufctickets@scunthorpe-united.co.uk or call our ticket office 01724 747670 during opening hours to confirm interest. 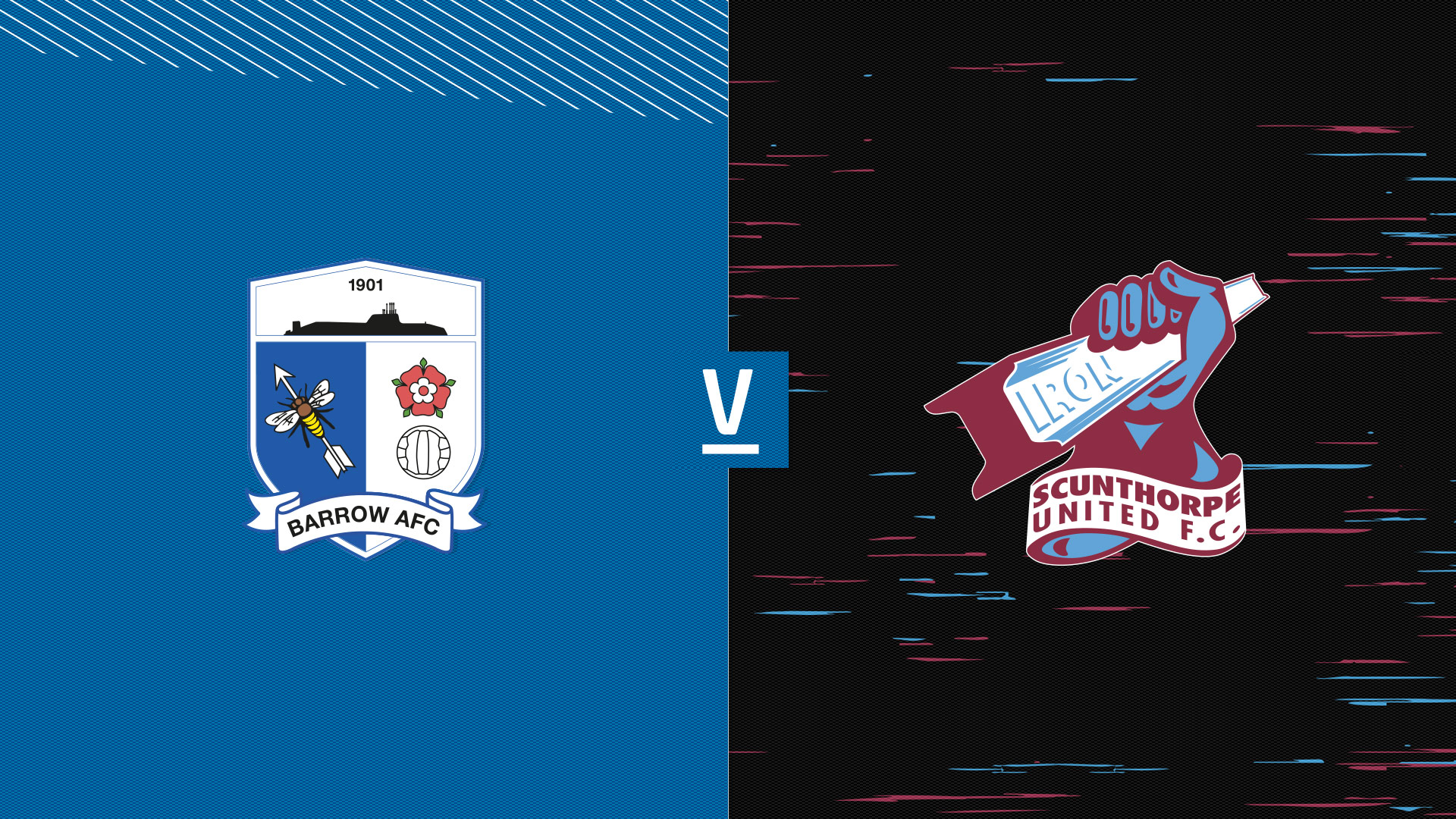 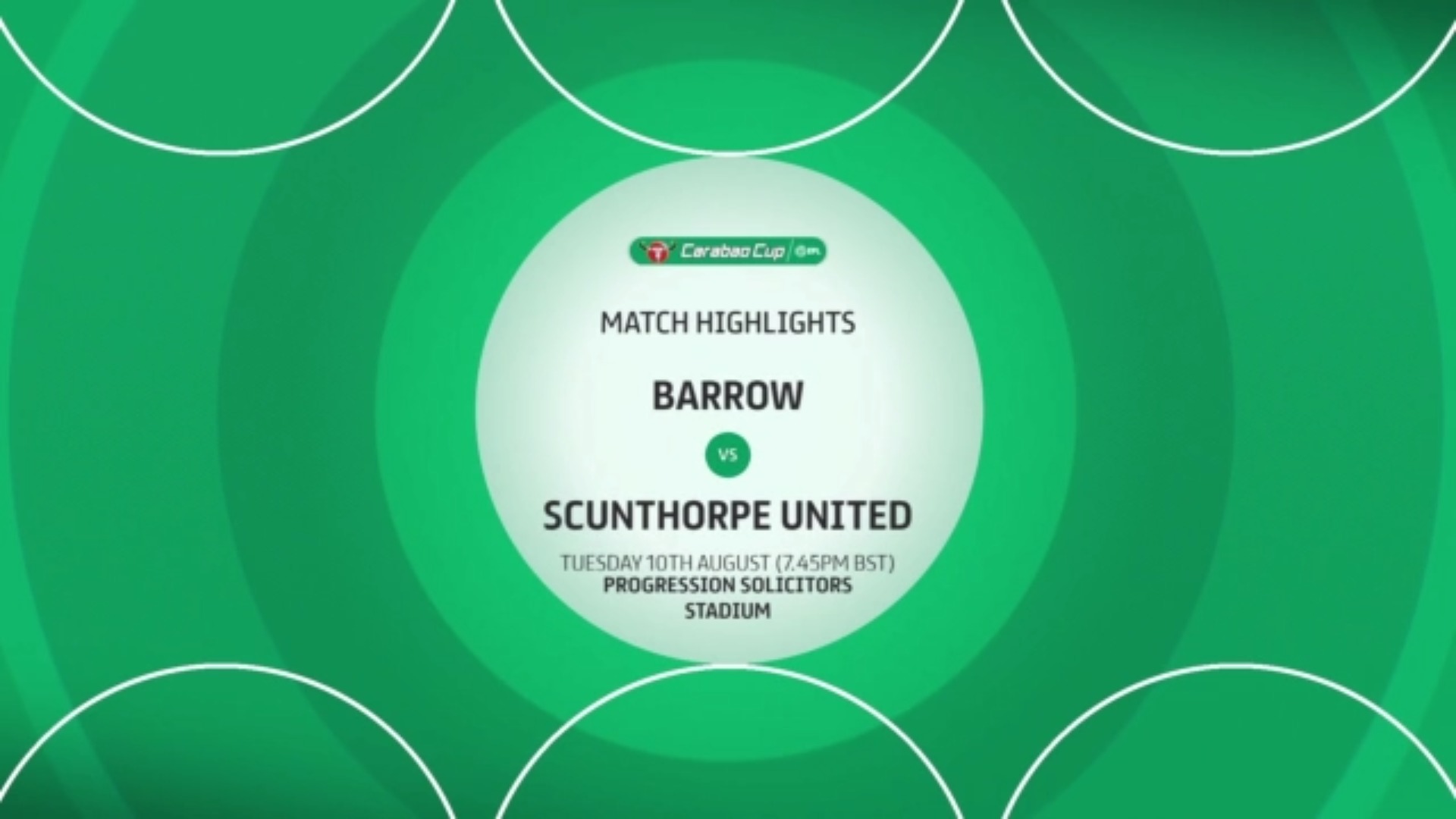 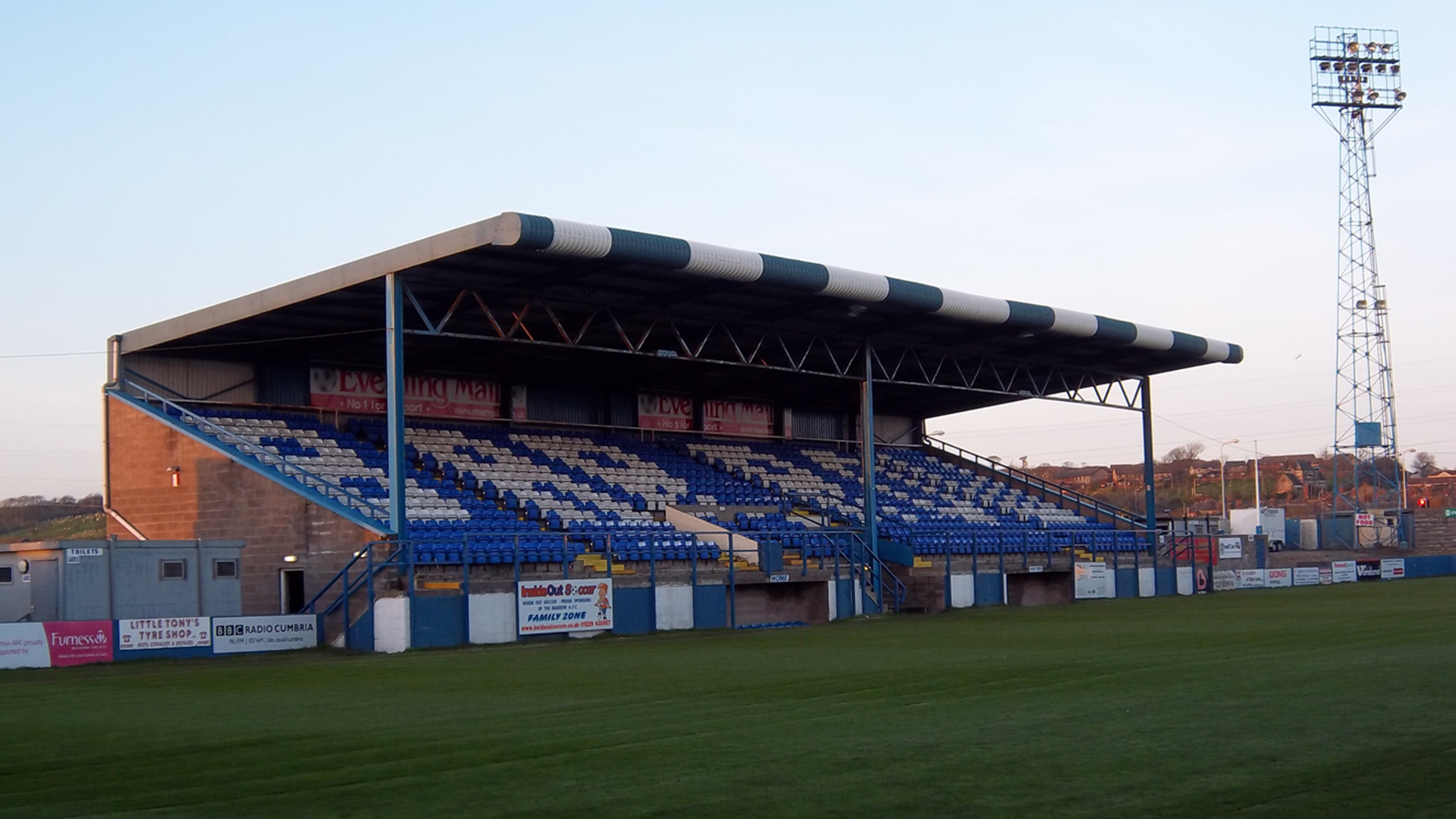