The Iron host a competitive league game at the Sands Venue Stadium for the first time in 189 days on Saturday, with Newport County arriving in North Lincolnshire for the Sky Bet League Two curtain-raiser.

First Team Manager Neil Cox takes charge of his Scunthorpe United side in the league for the very first time as the Iron look to get this season's campaign off to a winning start.

The side face Newport County, who finished in 14th place last season after the campaign was curtailed. The Exiles had taken 46 points from their 36 games.

Newport County got their competitive campaign off to the best possible start when they made it through to Round Two of the Carabao Cup by beating Championship side and fierce Welsh rivals Swansea City 2-0 at Rodney Parade.

Tristan Abrahams notched a brace on the day to set up another home tie in Round Two, this time against Cambridge United. Should they progress to Round Three, they will host Oxford United or Watford.

The side faced Cheltenham Town at home in the EFL Trophy in midweek, but were beaten 1-0 on the night.

Newport played four games in pre-season, most recently beating Hereford United 4-0, while two 50-minute matches against Cardiff City saw them lose 1-0 and 2-0, respectively. The other result warming up for the campaign saw the Exiles draw 1-1 with Bristol Rovers.

Kevin Ellison was the latest player to join the Exiles, penning a one-year deal and joining a new club for the first time in a decade after ten years at Morecambe. The 41-year-old scored 88 goals in that time. Scott Twine, Liam Shepherd, Saikou Janneh, David Longe-King and Ryan Taylor have all arrived at Rodney Parade for the campaign ahead. 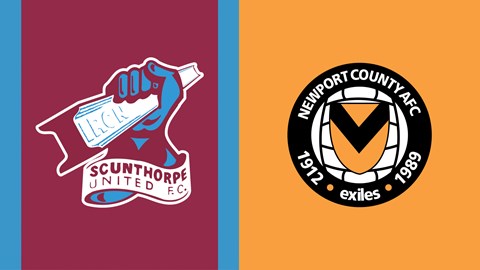 Defender Harrison McGahey got his first minutes of pre-season in midweek against Lincoln City in the EFL Trophy, completing 65 minutes in the 1-1 draw at the LNER Stadium - 20 more than initially planned for.

Myles Hippolyte was a used substitute in the game, while Kelsey Mooney and Kenan Dünnwald-Turan are two of the new signings not to feature in either competitive match so far. Injuries picked up in midweek could bring those two into contention, with Andy Dales (dead leg) and Devarn Green (foot) both being assessed after enforced alterations at Lincoln.

United will definitely be without forward Kevin van Veen who underwent a knee operation last Friday, John McAtee who was forced to self-isolate after another member of the squad tested positive for COVID-19, and that player himself, who remains unnamed.

One of Scunthorpe's other new signings Emmanuel Onariase will also continue to miss out following a hernia operation. Elsewhere, Jordan Clarke (calf) and Olufela Olomola (hamstring) are both sidelined for this cup match, while Jai Rowe is also on the injury list after he jarred his knee in training last Thursday.

The Iron were defeated 2-1 in both games last season, with the last encounter coming in January at the Sands Venue Stadium.

Scunthorpe were in a promising position thanks to Abo Eisa's goal, but Lee Novak's last action in claret and blue was to get sent off on 75 minutes - just three minutes after the Exiles equalised - before their winner came moments later in a bad four-minute spell.

Prior to that, there have been five draws in six, with United winning the other game back in September 1987, which was the last time the Iron took maximum points from this fixture.

The Iron drew 1-1 at home against Newport County in the first game of the Sky Bet League Two season on Saturday, after Ryan Loft fired home from 30-yards to equalise in the second half.

Within moments of the game starting, the Iron had a chance as Alex Gilliead got to the ball before passing to Abo Eisa. This was crossed to Ryan Loft but his header went marginally wide.

Five minutes in, Lewis Spence got the ball on the edge of the area and Eisa charged down the left. Eisa attempted to cross the ball in, however the area was crowded.

Eight minutes in, a weak shot from Newport saw the on-target effort be collected easily by Rory Watson. This was cleared away and allowed the Iron a run.

With 11 minutes played, a left corner was taken by Matt Dolan. This was taken short to Liam Shephard and crossed into Kyle Howkins but his header went wide of the target.

Six minutes later, Myles Hippolyte had to slide in and knocked the ball out for a corner. From the resultant set-play, the ball looped into the box and resulted in numerous goal attempts but all were cleared away.

Shortly after, from the final clearance, Loft had a run down the left and he sent the ball goalwards but it was blocked by Nick Townsend.

With 20 minutes gone, a free-kick from Scott Twine went into the box, George Hornshaw headed it away. Watson then saved the following shot which was a long-range attempt.

Soon after, Hippolyte had a run down the left side and crossed it into the box, before the ball was cleared away again by Newport County.

With 25 minutes played, an Iron ball into the area was volleyed goalwards by Hornshaw. The ball was well saved by Townsend for a corner. However, nothing came from the following corner.

With 32 minutes gone; the visitors went ahead. After a set-piece down the left side, Tristan Abrahams flicked the ball into the back of the net.

Six minutes later, Ryan Taylor went down the left and crossed the ball into the area. The ball went wide after pressure from the Iron defence.

With 41 minutes played, Jacob Bedeau defended the ball well in the area and it went out for a right corner. The ball looked dangerous before it was cleared by Hippolyte for another corner.

Just before half-time, Bedeau went down due to a head injury. With four minutes of added time, Hornshaw slid in and conceded a corner but nothing came from it.

With 50 minutes gone, a run down the centre for Eisa gave him a long-range shot on target. This again was well collected by Townsend.

Three minutes later, Hippolyte turned his man twice. It looked as though he had won a corner but it ricocheted off for a goal kick.

A moment after, Hornshaw looped the ball to Eisa, who headed it narrowly off target.

With 57 minutes gone, Bedeau made a run down the left side after a one-two with Hippolyte. This went out for a corner from which Vincent curled the ball into the box but it was easily gathered by Townsend.

With 58 minutes played, the Iron equalised after a brilliant shot from Loft 30 yards out, as he turned and struck it into the back of the net.

An hour in, Gilliead brought the ball from the left side, and he attempted a long-range shot but this went just off target.

Soon after, Eisa powered forward but his right-footed shot was blocked.

With 72 minutes played, Hippolyte had a shot from just inside the area after a pass from Eisa. But the ball went up and over the bar.

A moment later, Ryan Haynes had a shot from the edge of the box which was saved by Watson.

83 minutes gone, after McGahey blocked a cross, Newport got awarded a right corner. The corner curled in and was headed down by Howkins but it bounced down and over the bar.

Mere moments later, a right corner went into the six-yard box and Tyler Cordner cleared it away.

In the five minutes of added time, a free-kick was given to the Iron taken by Eisa. A cross curled to the back of the box but this went out for a goal kick.

The Iron face Crawley Town on Saturday away, and this game can be viewed on iFollow Iron. Match passes will be available to buy from early next week. 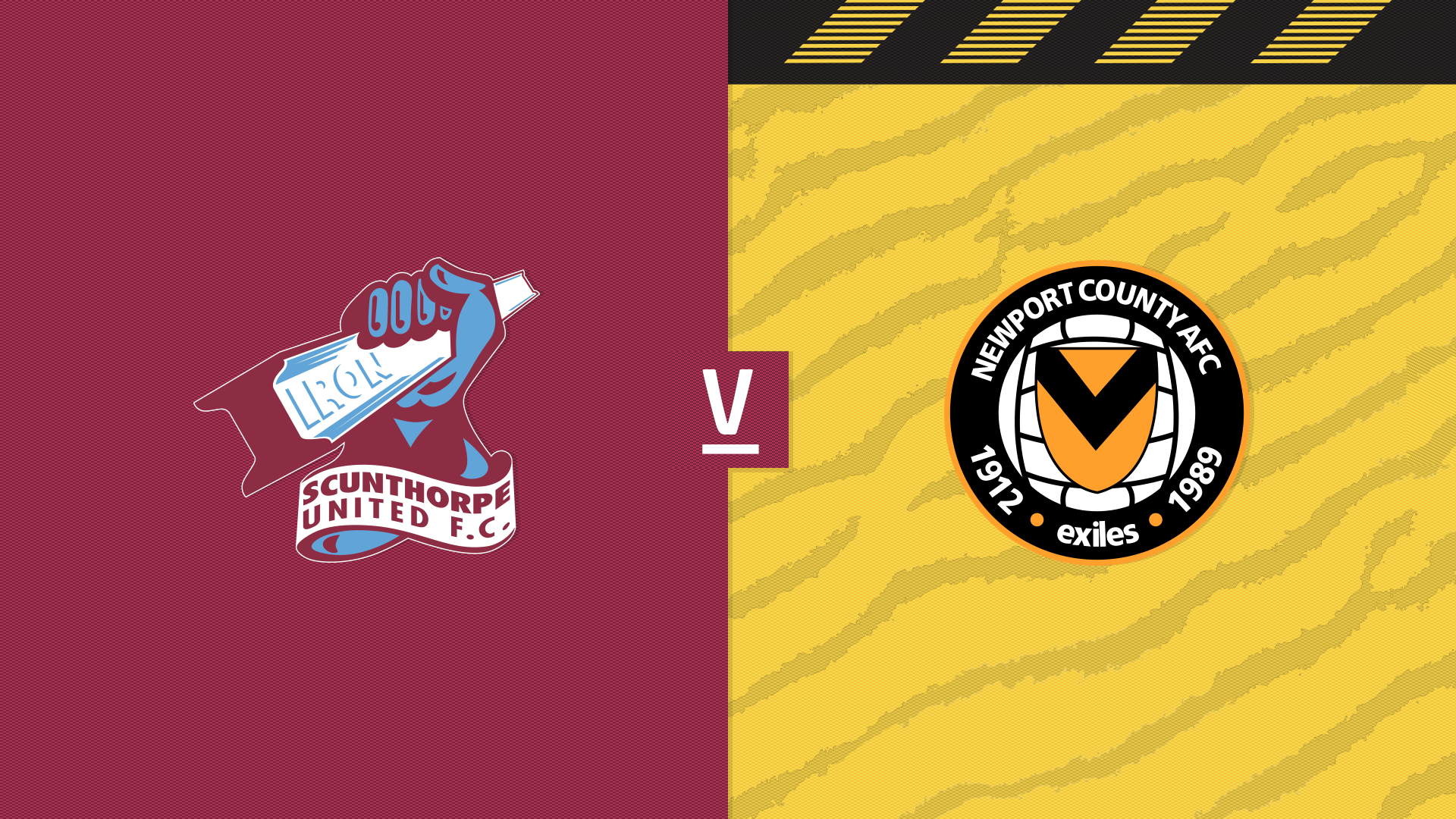 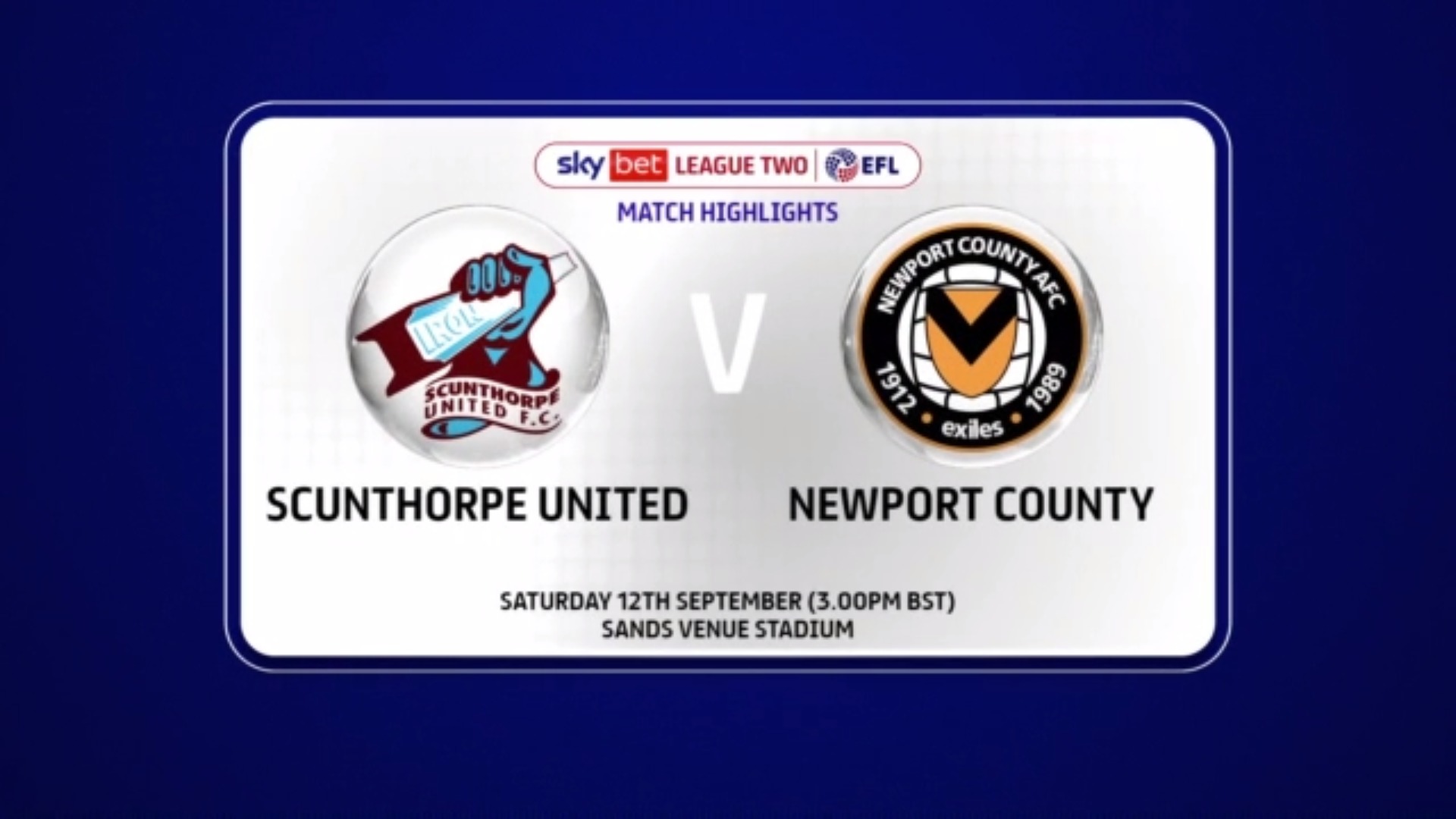 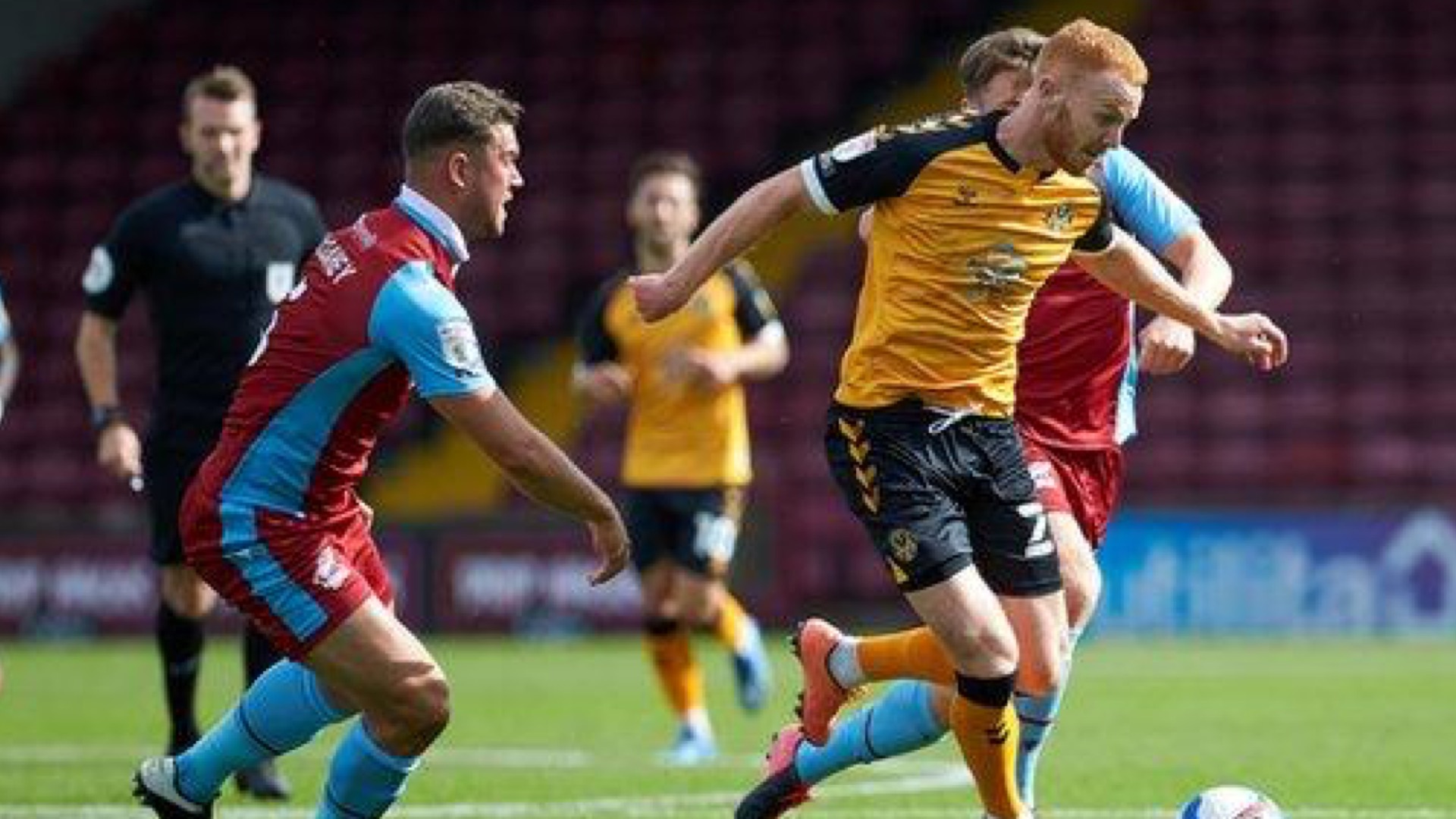