The Iron quickly return to action in the EFL Trophy, welcoming Manchester City Under-21s to the Sands Venue Stadium for the second of our three group stage encounters (7pm kick-off).

The Iron come into the match in third place on the back of a 1-1 draw against Lincoln City at the LNER Stadium in the opening round of fixtures. The Imps took the bonus point in the penalty shoot-out.

Meanwhile, City come into the match top of Group E following their comprehensive 3-0 win over Mansfield Town last time out.

Both sides met in the competition last season, with United dumping the Blues out in Round Three after advancing to Round Two, finishing second in Group A behind Leicester City Under-21s. City, meanwhile, went through as Group F winners last season with six points from a possible nine.

Manchester City confirmed a management restructure for their Elite Development Squad and Under 18s ahead of the 2020-21 campaign.

Enzo Maresca was appointed as manager of our EDS group in succession to former Scunthorpe midfielder Paul Harsley following the expiry of his contract.

The 40-year-old Italian enjoyed a highly successful near 20-year playing career, representing a host of clubs including Juventus, with whom he won both Serie A and the Italian Super Cup, and Sevilla where Maresca was part of the Spanish side that won five major honours including two UEFA Cups and the Copa del Rey.

Adrian Bernabe scored the winner in their game last month against the Stags, notching after 25 minutes before Liam Delap came along with a brace in the final two minutes of the game. Delap is the son of Rory and made his debut for the senior side last week, becoming the first Manchester City player born in 2003 to score for the club competitively. He netted in the sisde's 2-1 win over AFC Bournemouth in the Carabao Cup Round Three.

Also amongst the City squad is John McAtee's younger brother James, while Shaun Wright-Phillips' son D'Margio Wright-Phillips is also part of their side.

Kenan Dünnwald-Turan will be absent through injury after also missing out on making his home debut at the weekend. Despite this, he is expected to return to full training on Thursday ahead of Saturday's trip to Tranmere.

Jordan Clarke will also remain on the sidelines as he suffered a slight thigh injury on Monday, while Harrison McGahey (hamstring) and Kevn van Veen (knee) are set to miss the entirety of October at least. Olufela Olomola (hamstring) is nearing a return to action, but this game may come too soon.

Jai Rowe (knee) could come back into the squad for this match, as could John McAtee as he looks to rebuild his fitness after returning to training following a fortnight of self-isolation after coming into close contact with the Iron's player who tested positive for COVID-19 over three weeks ago.

The two sides met competitively last season in Round Three of the EFL Trophy, with the Iron dumping a young Blues team out by three goals to one.

Kevin van Veen notched a brace while Matthew Lund got the other goal in what was a strong first half performance. The away side got one back from the penalty spot in the second half, but United progressed onwards.

A much-changed United side was defeated 4-0 by Manchester City U21s in the EFL Trophy group stages on Tuesday night.

The Iron entered the game making eight alterations, with just George Hornshaw, Tyler Cordner and Jacob Bedeau retaining their starting places from the league victory over Carlisle United at the weekend.

United attacked in the second minute, as Abo Eisa got the ball on the left side of the area and tried to work space for a low shot which was eventually blocked.

Then, Lewis Butroid’s deep cross from the left was headed behind for the first corner of the game.

The subsequent set-play drew a great save from James Trafford, as he clawed at and then gathered a header from Cordner, which took a wicked deflection en route to goal.

Shortly after, Aaron Jarvis was almost in on goal following a throughball, but Trafford was alert to come off his line and clear.

Jarvis then did the hard work to outmuscle a defender but saw his square ball intercepted. Eisa tried a cross-shot, but it was turned behind for a corner.

Soon after, Bedeau came near post to get a good connection on a header, but it flashed wide of the far post.

With 17 minutes gone, Ben Knight broke the deadlock for the visitors as he raced through the middle before slotting into the net.

Three minutes later, Trafford did just enough as Jarvis almost stole in on a backpass. The City goalkeeper slid in to win the ball just in time.

Shortly after, Eisa and Jarvis interchanged but couldn't work an opening, but United soon won the ball back and tried to find pockets of space before City were awarded a free-kick.

After 28 minutes, Adam Kelsey saved at his near post from James McAtee before both collided going for the loose ball. Kelsey saved and was then awarded a free-kick.

A minute later, Eisa strode down the left and worked the ball onto his left foot before firing a powerful cross into the box which Trafford did well to gather and hold onto.

After 31 minutes, Knight fired over for City from 25-yards after a quick-paced passing move down the right side.

Three minutes later, City placed the ball down the left side and cut the ball back into the area with Devarn Green clearing the ball, as well as getting a boot down the back of the Achilles. He carried on though.

With 10 minutes left, James McAtee strode forward for the visitors and unleashed a low, powerful left-footed shot which skimmed just wide of the post. It resulted in a corner to City following a touch, which was cleared before Kelsey gathered.

Shortly after, Green cut in from the left and had a go from 25-yards, but his low strike didn't trouble Trafford who made a comfortable save.

After 38 minutes, Eisa was next to have a go from range, but Trafford again made the save.

Six minutes before half-time, Jarvis peeled away with the ball on the edge of the box and made it a trio of quickfire long range efforts from the Iron, with Trafford again making a save.

Shortly after, Samuel Edozie strode forward down the left and cut inside on his right foot, squeezing in a shot close to the near post, with Kelsey making a good stop.

Then, James McAtee drew a fine stop from Kelsey at his left post following a fast move into the Iron area.

The first moment of note in the second half saw substitute Emmanuel Onariase’s first involvement, as he turned the ball behind for a corner following a low cross from the left channel. Bedeau then cleared the resultant corner.

With 52 minutes on the clock, Green almost drew the Iron level as his shot from outside the box went towards the post, but the slightest of touches put the ball out for a corner.

Soon after, there was good defending from Onariase as he stepped across to intercept from Gomes before sending Jarvis on his way with the ball. His subsequent shot was off-target, however.

Another chance came soon after as Colclough got possession following City losing the ball after a goal kick, but his left-footed strike from 25-yards flashed wide of the post.

The away side doubled their lead on 59 minutes as Knight slipped Alpha Dionkou in down the right side and Edozie converted from close range.

With 62 minutes played, Eisa shaped to shoot but was instead forced to play the ball left to Butroid. He hung up a cross, but Trafford was out to gather.

Two minutes later, Ben Knight got his second of the game to make it 3-0 to City, lifting the ball into the net from range after racing through.

Then it became four in the 66th minute when Edozie got his second, attacking down the left before cutting onto his right foot and curling in.

United probed to try and get back into the game, and had a chance in the 80th minute when McAtee glanced a header just wide of the target following a left-wing cross from Butroid.

The last chance of the night came with a minute left when Gyabi hit the side netting for City after weaving his way into the area on the right side.

The Iron return to action in the league on Saturday when they visit Tranmere Rovers (3pm kick-off). 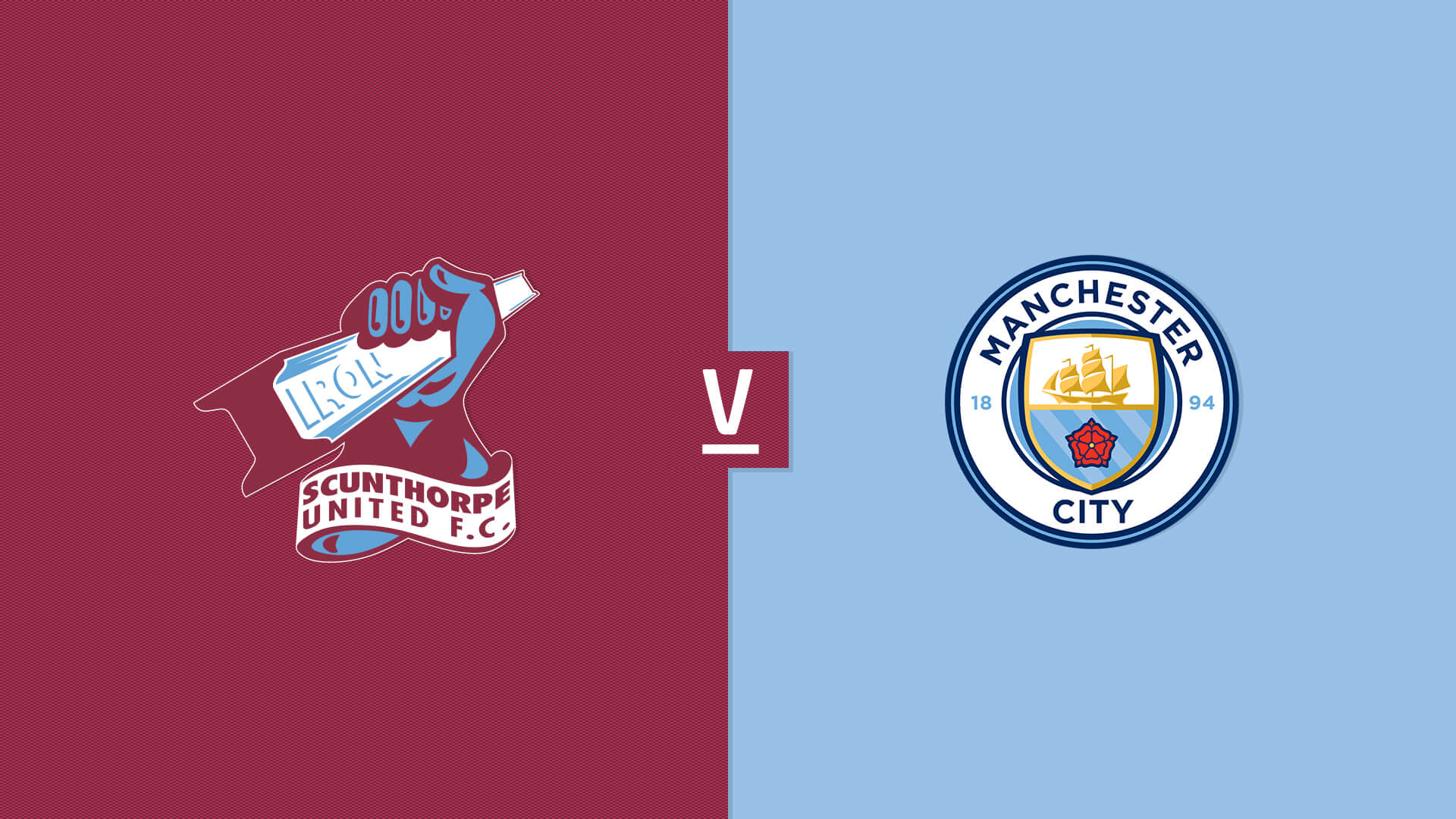 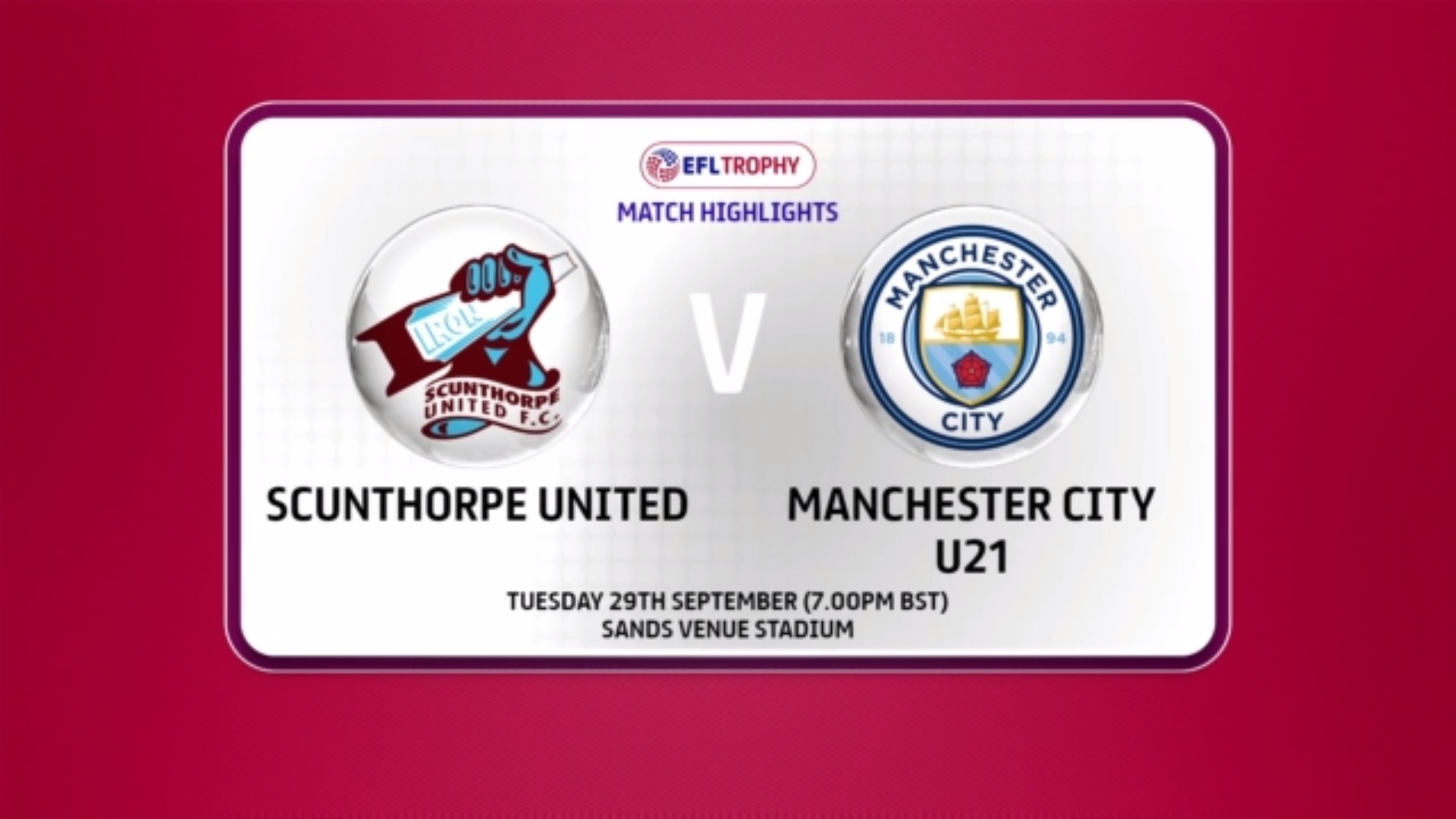 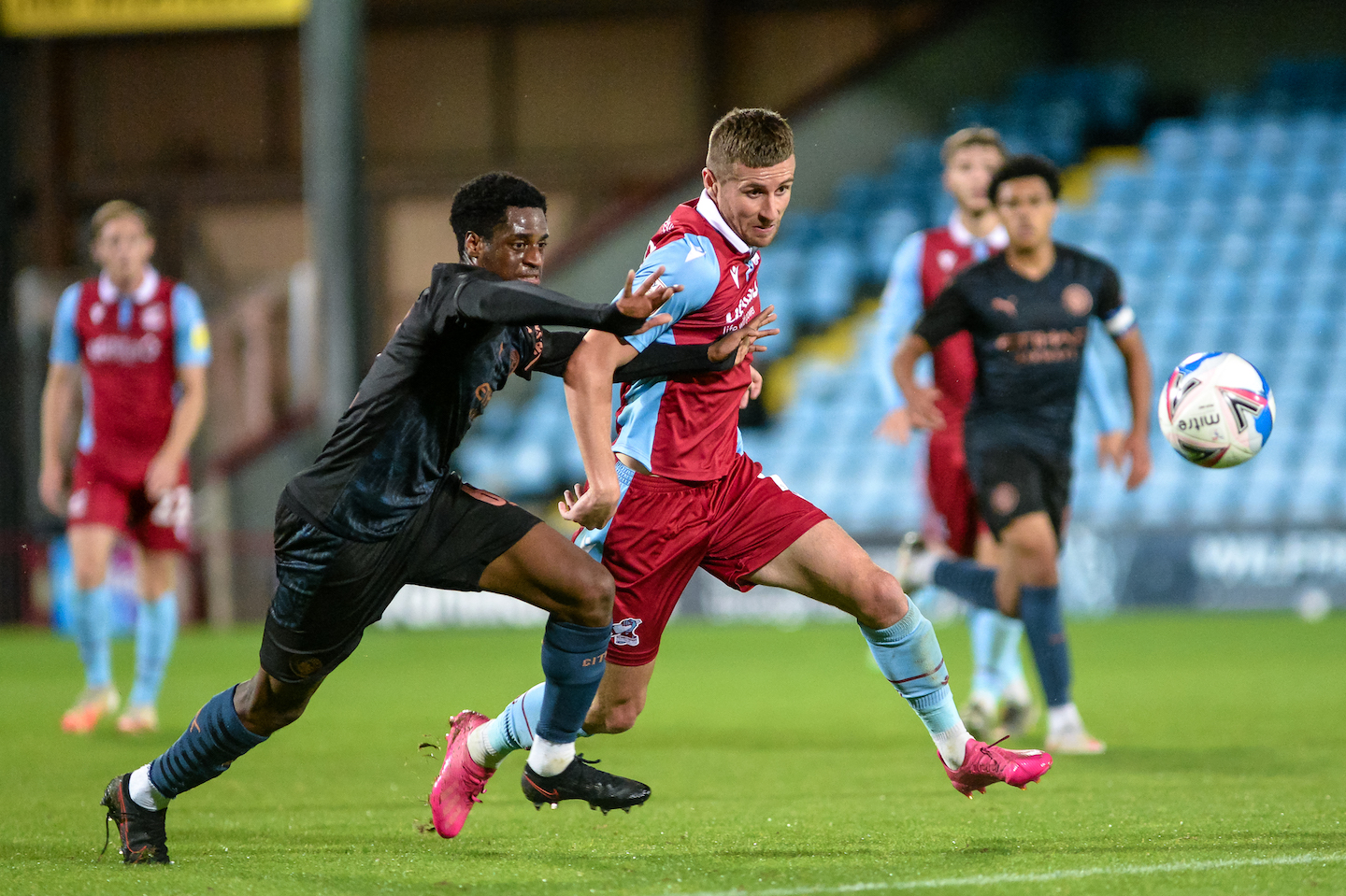