The Iron will be seeking to make it back-to-back home league wins when Forest Green Rovers come to town on Saturday (3pm kick-off).

Though United were beaten 2-0 away at Tranmere Rovers last time out in the league, we did defeat Carlisle United two weeks ago at the Sands Venue Stadium.

Jordan Hallam scored the winner in the first-half while Rory Watson made three important saves as Scunthorpe won 1-0 and kept their first clean sheet of the season.

The Iron come into this weekend sitting 18th and looking for a win that could help us climb the table as we get ready for consecutive home games (Cambridge United visit next Saturday).

Mark Cooper's side sit 10th in the league and a victory for United could see them overtake their opponents in the table.

Their only league victory of the season so far came away at Bolton Wanderers on the opening day, with Carl Winchester scoring the decisive goal that day.

Since then, though they're unbeaten in the league, they've drawn their last three games. Winchester and Aaron Collins scored as they came from behind to draw 2-2 with nine-man Bradford City in a heated affair, while a goalless stalemate at Salford and 1-1 home draw against Walsall followed.

Summer signing Jamille Matt scored his first goal for the club in the latter of those matches.Coming from Newport, the striker was one of their most high-profile summer arrivals, although former AFC Wimbledon man Scott Wagstaff and ex-Grimsby midfielder Elliott Whitehouse have bolstered the centre of the park. Wing-back Jayden Richardson also joined on loan from Nottingham Forest and will be a familar face to the Iron's Jake Taylor, who is also on loan from the same club.

Jordan Clarke will continue to sit out after missing the last two matches with a thigh problem as a precaution. He was set to make his first appearance for nine months in the EFL Trophy game against Manchester City Under-21s.

Jordan Hallam (hamstring) will also sit out the game against Mark Cooper's side after missing out last week.

Harrison McGahey (hamstring) still has about three weeks on the sidelines after coming off at half-time against Crawley Town last month, while Kevin van Veen (knee) also continues his rehabilitation four weeks after his operation.

Olufela Olomola (hamstring) and Jai Rowe (knee) continue their returns to training and could be involved for the Under-23s away at Huddersfield Town next Wednesday.

We have met on just three previous occasions, with John McAtee scoring the decisive goal in a 1-0 victory at the Sands Venue Stadium back in February.

The Iron suffered a 4-1 defeat at home against Forest Green on Saturday.

Within the first five minutes, after some nice passing between the Iron players, George Hornshaw got the ball into space and passed to Aaron Jarvis. He slid the ball into the back of the net but it was ruled offside.

Nine minutes played and the Iron did take the lead, as Jarvis took a good touch and fired the ball into the back of the net on his first league start.

Soon after that, the Iron had another chance. Lewis Spence was fouled, which let Abo Eisa get a shot in but this was fired over.

One minute later, Alex Gilliead broke down the right, getting a low cross into the area but Luke McGee collected the ball. Despite Jarvis’ efforts to get there.

18 minutes in, Forest Green mounted their first challenge as Jordan Moore-Taylor made a run down the left. This resulted with a ball into the area, but Rory Watson collected the high looping ball.

With 21 minutes played, Forest Green had a shot from the left. This resulted in a corner from the right for the visitors. There was a scrappy attempt on goal from Ebou Adams. However, Watson saved the ball on the line.

Five minutes after, the Iron won back possession and Spence had a long-range attempt. This was well saved by McGee.

With 32 minutes played, Liam Kitching stormed forward and passed it to Matt but Jacob Bedeau saved at the last minute by looping the ball away.

Less than a minute later, Forest Green went ahead. Matt scored again, this time with a header from the resultant corner.

Eisa created space down the left with 36 minutes gone but it went too high for Gilliead to convert into an effort.

Just before half-time, Bedeau was pushed down as Eisa played a free-kick. Bedeau and Gilliead looked for the ball but it ricocheted for a visitor’s goal kick.

After half time, with 50 minutes played, Eisa made a run down the right side while taking on two defenders. This, however, went wide and past the goal.

Mere moments later, Aaron Collins had a long-range shot marginally above target but Watson had it covered.

Two minutes later, a right corner taken by Frank Vincent went to Eisa as the ball curled towards the goal but straight into McGee’s hands.

Ten minutes later, Eisa pushed down the middle. He had a left-footed shot on target but it was saved by McGee.

Moments later, the visitors got back possession. Collins had an effort from outside of the box but this went well over the box.

At 83 minutes there was an onslaught of attacks by the visitors. The final chance came from a close left-footed shot which completed the hat-trick for Matt.

Three minutes later, Taylor fired an effort just wide of goal for the Iron, and McGee had to scramble for it.

In the third minute of stoppage time, Eisa weaved his way into the box. He played the ball through and fired the ball just over the net.

In the final minute of added time, Stevens fired in the fourth. Watson got a hand to it but it went into the back of the net.

The Iron return to action next Saturday against Cambridge United at home for their next League Two encounter (3pm kick-off). 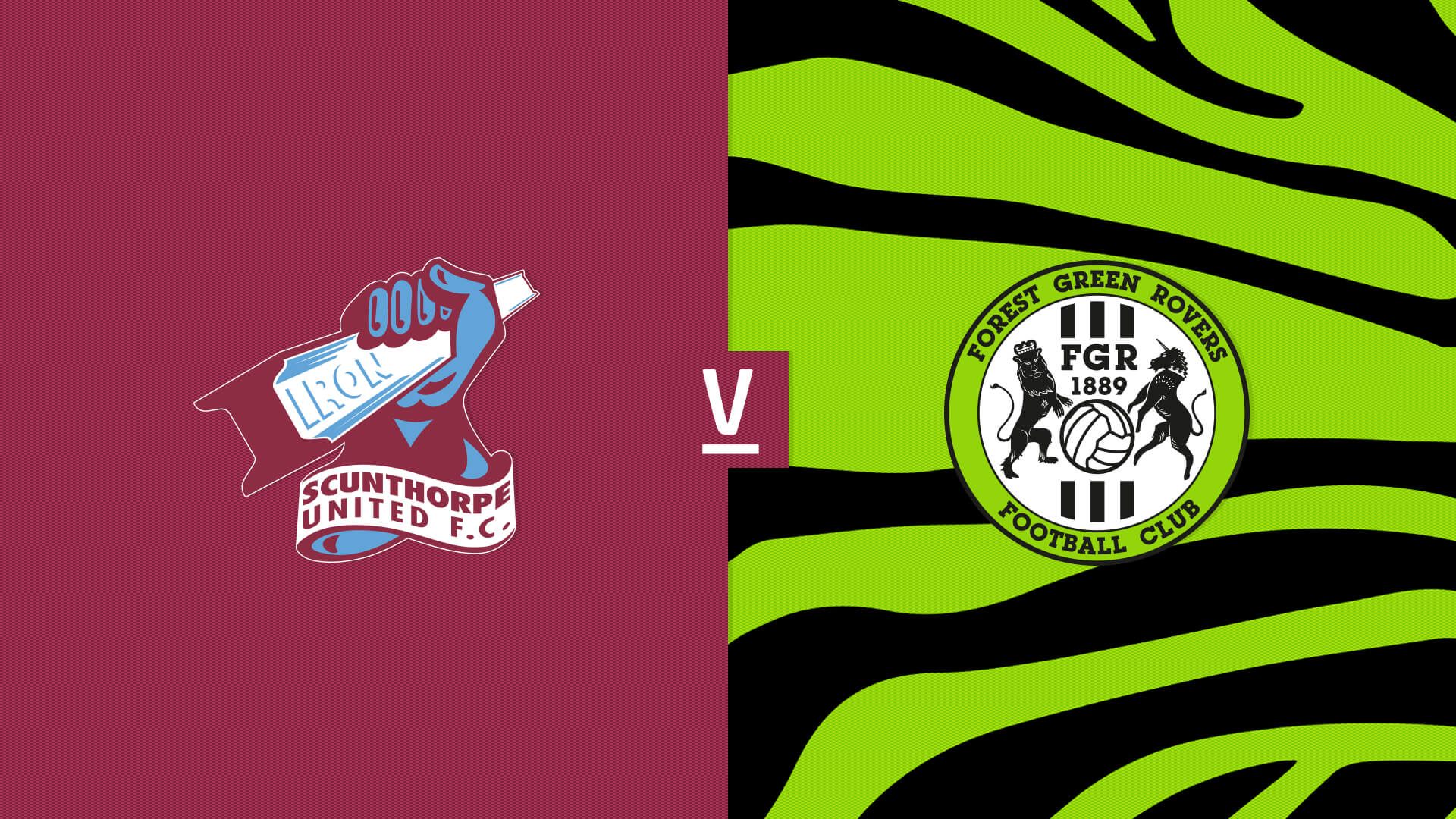 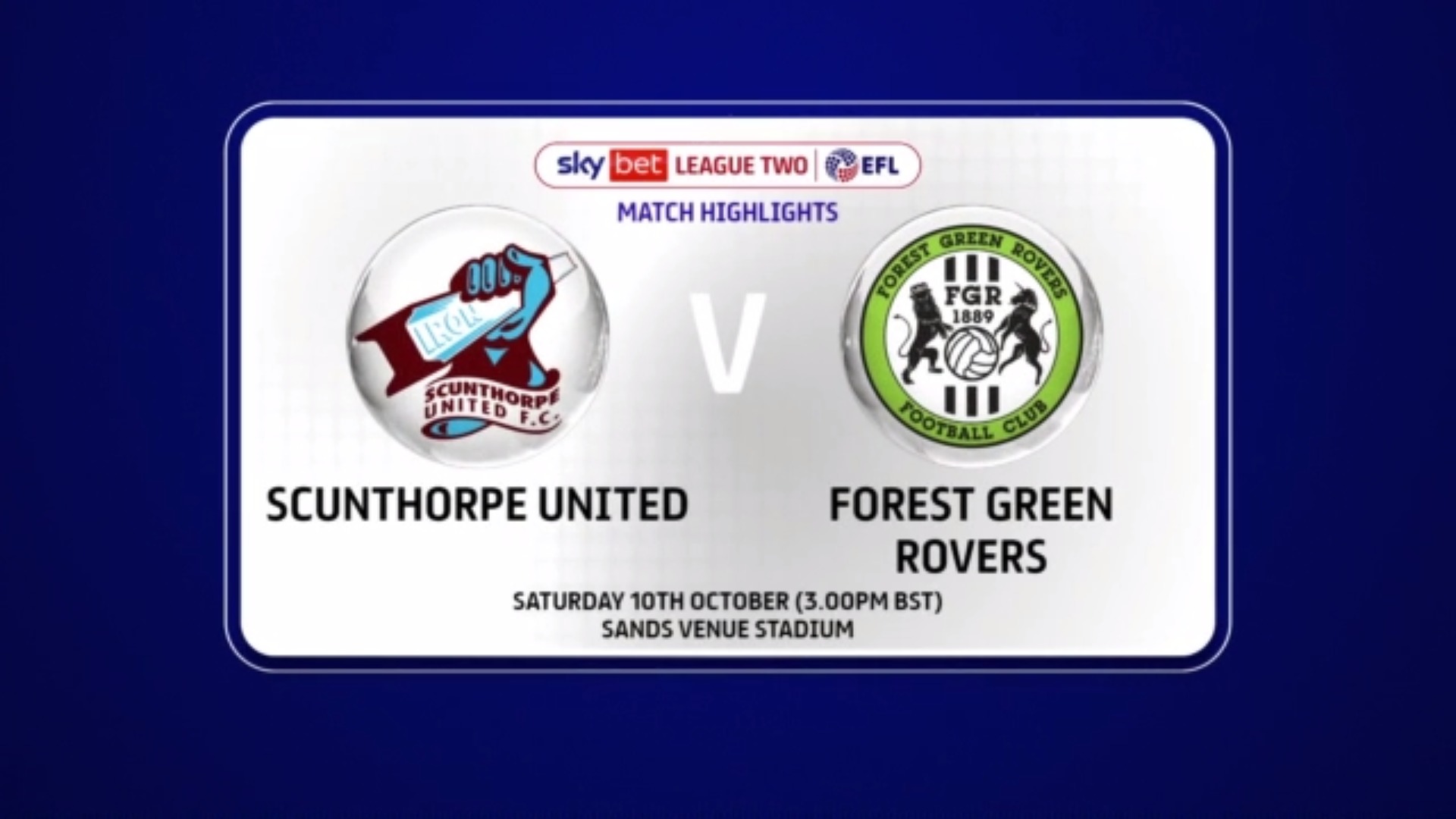