The Iron will be seeking to record their second home league win of the season on Saturday when they welcome Cambridge United to the Sands Venue Stadium (3pm kick-off).

Scunthorpe lost their unbeaten run at home last weekend following a 4-1 defeat against Forest Green Rovers, but prior to that they did record a 1-0 win over Carlisle United.

The Iron come into this weekend sitting 20th with four points from five games.

Mark Bonner's side sit second in the league with 10 points from their five games so far.

Winning three of their games, including their last outing a week ago at home to Newport County - avenging for their Carabao Cup Round Two defeat to them last month, it's only Exeter City (L0-2) and Tranmere Rovers (D0-0) who have stolen points off the U's this season to date.

They've also enjoyed back-to-back wins in the EFL Trophy to make it through to the knockout stages, also beating Carlisle United (3-0) and Morecambe (5-0) in the league.

A player who has often been a thorn in the Iron's side over the years for his various clubs is summer signing Wes Hoolahan. The 38-year-old has been given another stab at EFL football following a campaign at Australian side Newcastle Jets last season, but will be most remembered for spells at Blackpool and Norwich City. He spent a decade at the Canaries, making in excess of 300 appearances for the side.

The away side also have former loanee Liam O'Neil who is approaching his fourth anniversary at the Abbey Stadium following 18-months at Chesterfield. He came on loan to Scunthorpe from West Bromwich Albion in November 2014 and scored two goals in 22 league games.

The side currently have three players in on loan; Idris El Mizouni from Ipswich Town (who was on loan last season and also scored against the Iron in this corresponding fixture), Robbie Cundy from Bristol City and Hiram Boateng from Milton Keynes Dons.

Olufela Olomola (hamstring), Jai Rowe (knee) and Emmanuel Onariase (hernia) all stepped up their return to action after being involved for the Under-23s away at Huddersfield Town on Wednesday.

Olomola got an hour following his pre-season injury and is likely to be needed in the coming weeks, although Saturday will come too soon, while Rowe and Onariase could both be in contention for Saturday.

George Hornshaw is likely to miss out this weekend following a hamstring injury which he has battled with for the last few games, with both Rowe and Jordan Clarke sidelined. The Iron skipper, Clarke, has resumed full training and is close to making his return for the first time in nine months.

Harrison McGahey and Jordan Hallam (both hamstring) continue to recover from their injuries, with the former joining in full training this week, while Kevin van Veen (knee) also continues his rehabilitation after his operation in early September.

The Iron lost 2-0 in this corresponding fixture last season, the first league meeting at home for over 14 years.

That game came in April 2005, when the Iron gained all three points en route to promotion from League Two. The scoreline finished 4-0 at Glanford Park with goals from Richard Kell, Andy Crosby and a brace from Cleveland Taylor.

The Iron suffered a 5-0 defeat at home against Cambridge United on Saturday.

Two minutes into the game, United won their first corner as the visitors turned the ball behind. Myles Hippolyte’s corner was knocked across goal by Tyler Cordner, with Aaron Jarvis’ header being saved by Dimitar Mitov.

A couple of minutes later, Cambridge had their first chance of the game. The ball dropped on the edge of the area, with a volley sent over the bar.

Eight minutes on the clock, Cambridge won a free kick on the edge of the area on the right. A cross was met with a header which bounced just wide of the far post and out for a corner.

Two minutes after, there was a big handball shout as Jacob Bedeau got in the way of goalbound shot. Play continued with Cambridge awarded a corner following a deflected cross.

16 minutes in saw a big chance for the Iron as Jarvis peeled away from his man and broke the offside trap for a ball into him. He controlled before he sent his half-volley narrowly over the bar.

Two minutes after, a goal was disallowed for Cambridge. Rory Watson saved the initial shot from the edge of the area, with Joe ironside putting the ball in, but he was flagged offside.

With 22 minutes played, Harrison Dunk sent a left-footed shot goalwards from 20-yards, with Watson going down to his right to save it.

Three minutes later, good combination play was seen from Ryan Loft, Jarvis, and John McAtee before the latter was threaded into the area and worked his way past two players.

On 29 minutes, good defending was seen by Emmanuel Onariase as Ironside made his way into the area, but he came across to block the effort out for a corner.

A penalty was awarded to Cambridge in the 34th minute. Paul Mullin converted it after Paul Digby went down under a challenge from Alex Gilliead in the area.

Minutes later, Watson saved a shot from Dunk after he peeled away from the six-yard box and met a low cross from the right side.

Another penalty was given to Cambridge 44 minutes in, this time after Bedeau was alleged to have brought down Digby, with Mullin scoring a second.

Two minutes in the second half, Hippolyte got the first yellow card of the game as he fouled Luke Hannant.

Moments later, Jake Taylor was yellow carded as Hannant was fouled again after a fall down the right channel.

With 51 minutes on the clock, Hannant scored a third for Cambridge from the left side of the area.

A minute after, Lewis Spence was yellow carded after a Cambridge player fell over him while the Iron midfielder was on the floor.

55 minutes in, Hippolyte was given a second yellow card and was sent off.

With 72 minutes played, Harvey Knibbs met a cross from the left but sent the effort off the bar.

Three minutes after, Eisa rode past four challenges which were all fouls, before his shot was deflected behind for a corner.

On 83 minutes, Ironside headed in a fifth from the left side of the area to cap the win for Cambridge. 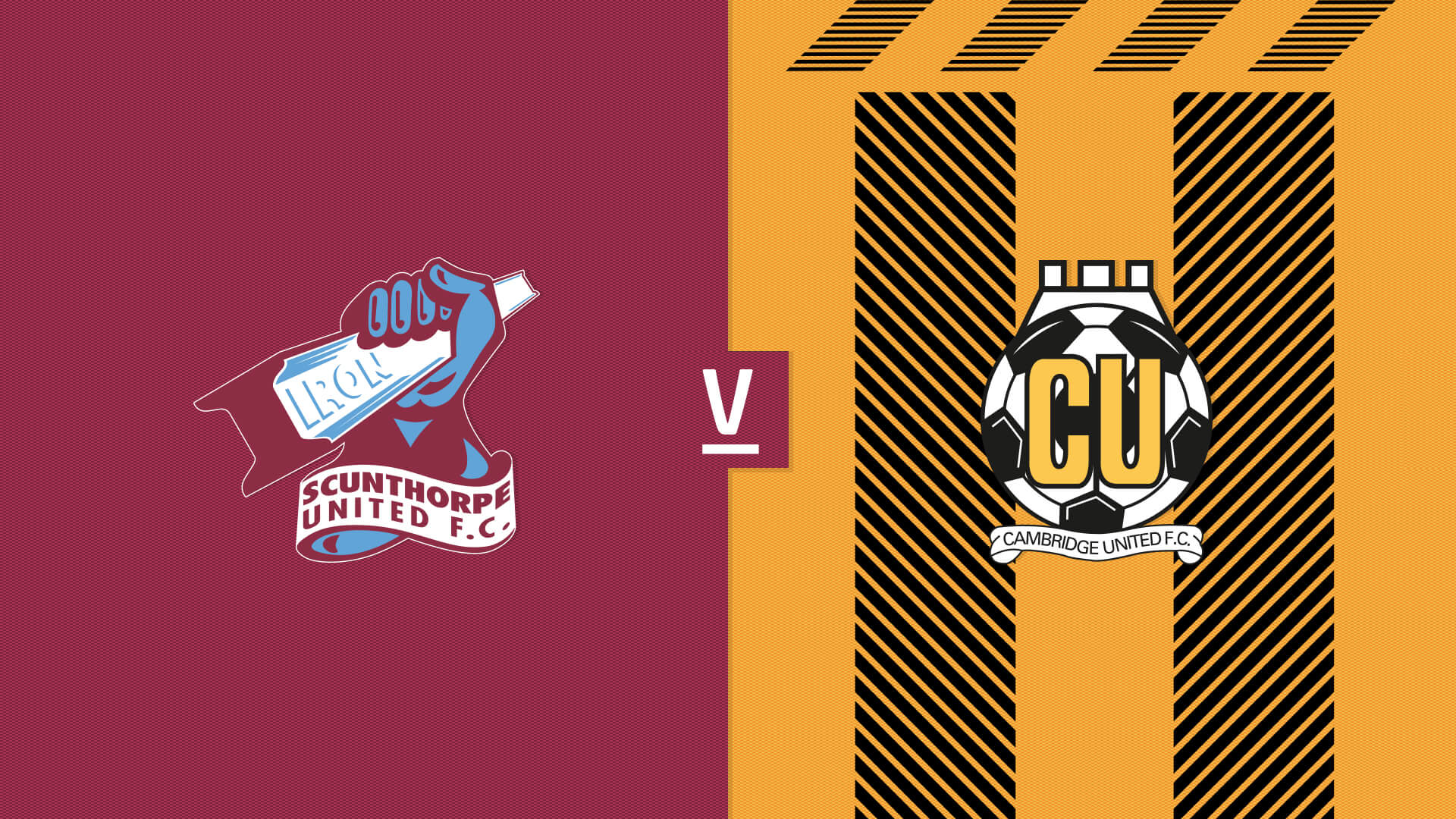 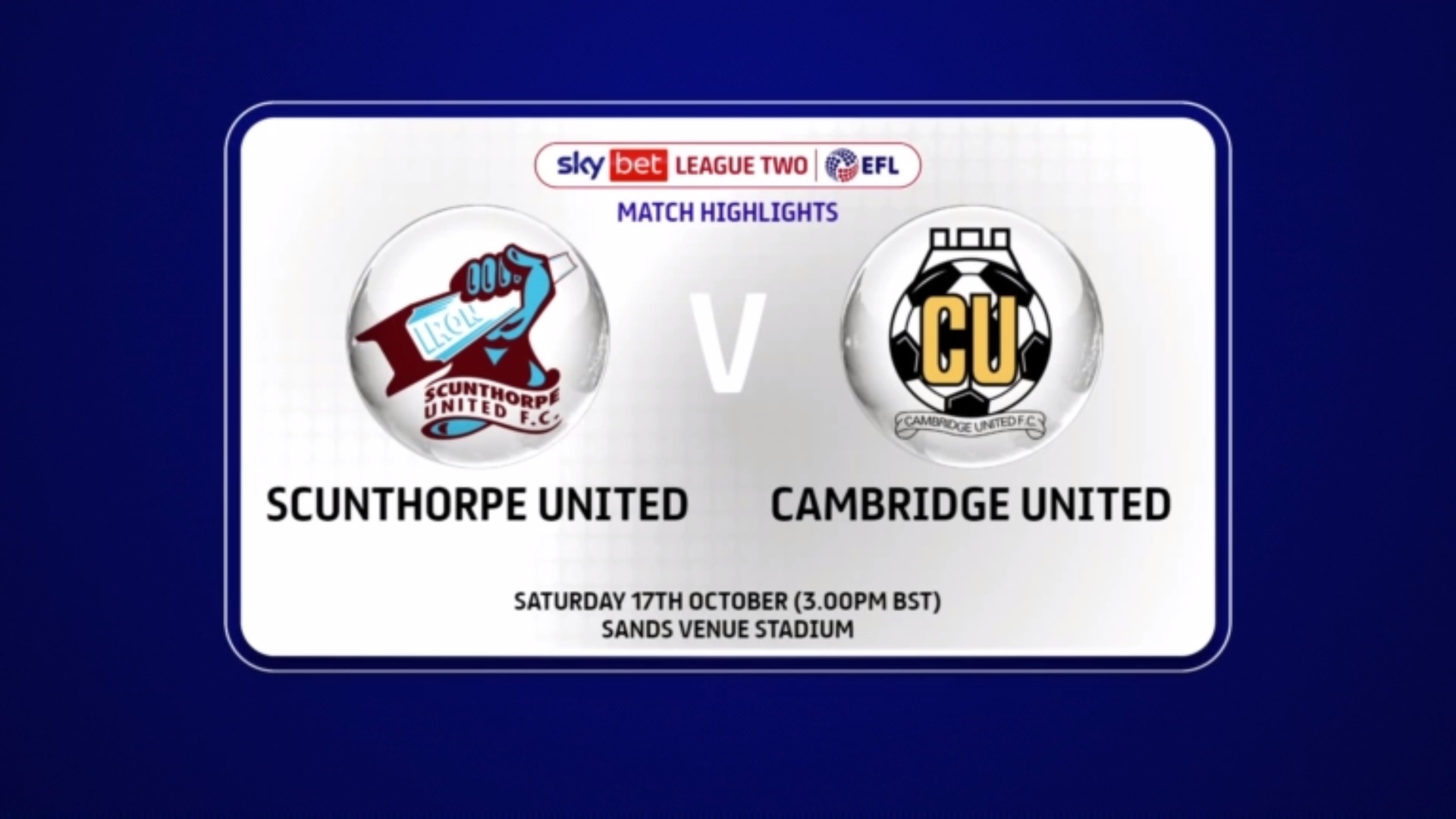 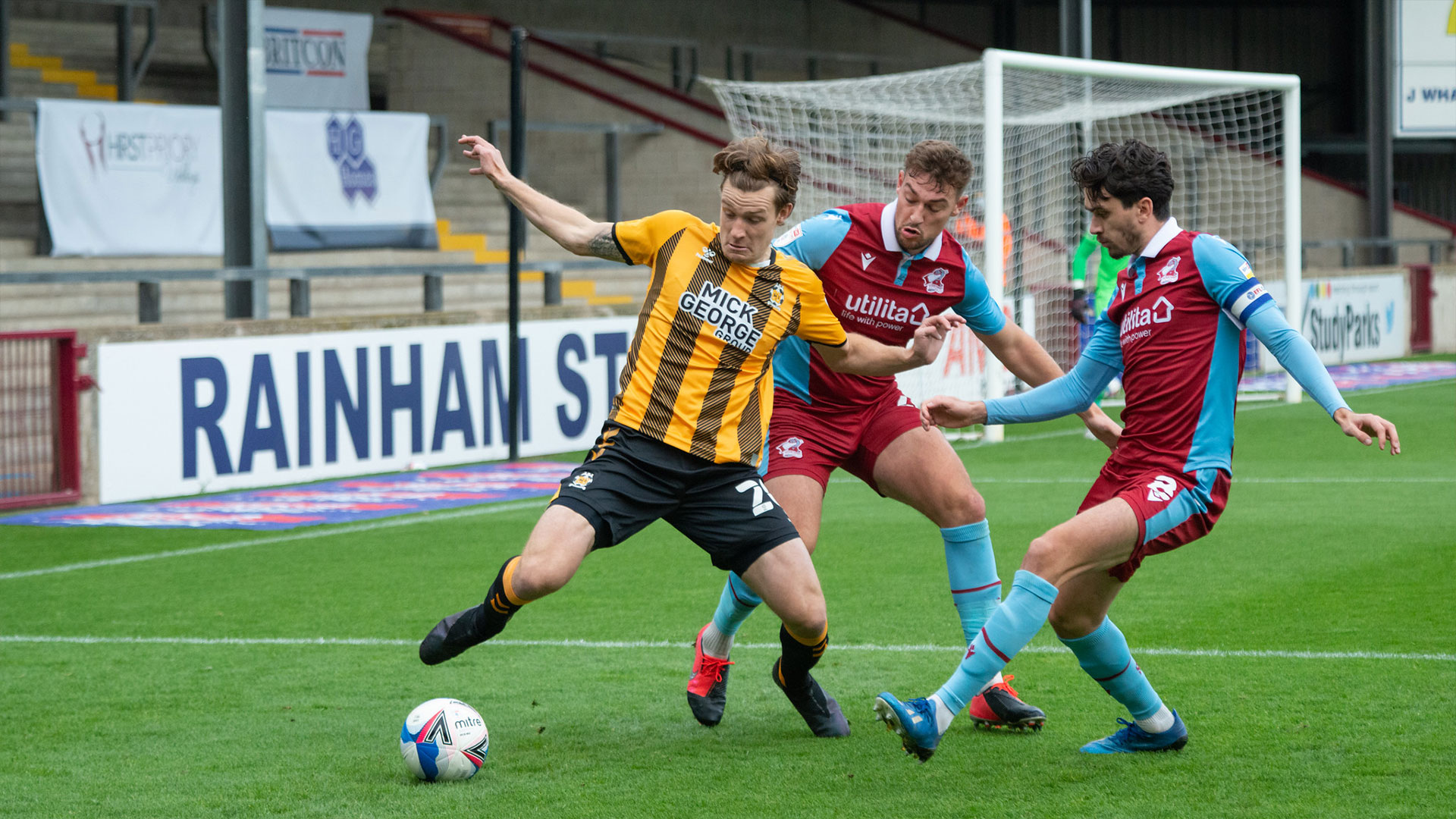