United make their second long journey of the week when they travel to face Exeter City on Saturday (1pm kick-off).

Scunthorpe come into the game on the back of a narrow 1-0 loss at high-flying Cheltenham Town, which saw an improved performance from United, who lost to an early Reuben Reid penalty.

The Iron come into this match looking to get a win that could see them climb from their current position of 23rd in the League Two table.

The Grecians come into the fixture sitting ninth in League Two after defeating Crawley Town 2-1 in midweek, as Jake Taylor and Ryan Bowman got late goals which sealed a home success.

They had drawn their previous two away games (0-0 at Walsall and 2-2 at Southend), and defeated Cambridge 2-0 in their second from last home fixture.

They have only suffered defeat once this season in the league, which was a 2-0 loss at home to Port Vale on the second weekend of the campaign.

Former Iron skipper Rory McArdle arrived in the summer after leaving us, but hasn't played during the last fortnight due to a knee injury, which is reported could result in a 'lengthy absence'.

Myles Hippolyte returns to contention after serving a one-match ban for his two yellow cards which resulted in a dismissal in the defeat at home to Cambridge United last week.

However, fellow midfielder Lewis Spence will miss out through a one game suspension after picking up his fifth league booking of the season in Tuesday night's game at Cheltenham.

Frank Vincent (thigh) will also miss out this game, after being absent for the trip to Cheltenham.

The Iron's skipper, Jordan Clarke, has resumed full training and is close to making his return to the squad for the first time in nine months.

Harrison McGahey and Jordan Hallam (both hamstring) continue to recover from their injuries, with the former joining in full training this week and also close to a return to the squad, while Kevin van Veen (knee) also continues his rehabilitation after his operation in early September.

Goalkeeper Mark Howard, who signed on Thursday morning, comes into contention, while Junior Brown has continued to train hard this week after signing on Sunday but is more likely to be involved next week.

An unnamed member of the Iron squad misses out after a positive COVID-19 test, while a fellow player who has come into close contact with them also has to self-isolate.

Our last game against the Grecians came in October last season when United won 3-1 at the Sands Venue Stadium. James Perch opened the scoring with the Iron's best goal of last term, and it was followed up by strikes from Jamie Ward and Alex Gilliead.

United gained promotion to League One the last time the two sides met at St James Park, despite it being the end of a 28-game unbeaten run.

The Iron put in a spirited performance away at Exeter in the face of adversity, but were ultimately beaten 3-1 on Saturday afternoon.

United got proceedings underway at St James Park with the first opening falling to the away side after two minutes when George Hornshaw broke down the right, with the low cross into the area seeing John McAtee and the home goalkeeper Ward challenge, with the latter gaining possession of the ball.

A minute later the hosts came forward, with Hornshaw this time on defensive duties to clear, while goalkeeper Mark Howard got his first touch in a Scunthorpe shirt on four minutes after a challenging ball into the area.

On eight minutes, the hosts got the first corner of the game when Emmanuel Onariase was forced to clear, with Jai Rowe heading away the initial cross before Howard claimed the second delivery.

Aaron Jarvis fired goalwards on nine minutes, but saw his effort blocked following good play from Myles Hippolyte. Hornshaw picked up the pieces and delivered another ball into the area, with the defence clearing for a corner, which the Grecians also dealt with.

On 14 minutes, Hornshaw challenged and blocked for a corner, which was subsequently swung in by Jay on the left and then punched away by Howard. Another ball was sent in and then headed away once again by Onariase.

United’s positive start continued as three minutes later, Green and McAtee combined down the right to get the ball crossed in. It reached Hippolyte on the left who sent the ball back in but Jarvis just glanced his header wide.

Randall came forward for the hosts midway through the first half, but a brilliant tackle from Rowe stopped him in his tracks. Williams picked up possession, with his pile driver from the edge of the box well saved by Howard.

Green was also on defensive duties a minute later as he worked back to half an attack before hooking clear.

On the attack, United remained dangerous with Alfie Beestin feeding the ball to Green before a dangerous cross in from the right which just evaded the run on Jarvis.

Both Howard and O’Malley got the ball clear on 25 minutes for the Iron as United defused the danger following an attack from the right.

Just moments later, Howard again made a superb save, stretching to tip a looping header from Williams away for a corner.

The hosts were forced into a substitution on 28 minutes, with Jack Sparkes replacing Lewis Page.

Beestin and Green worked well again on the half-hour mark to find Hornshaw down the right with his cross blocked and out for a corner. O’Malley’s set-piece dropped for the Iron but Exeter clear.

Three minutes later, Jay fed Randall into space down the left and he attempted to cross in, but Hornshaw blocked away for a corner. The set-piece was headed away by Hippolyte, and then Jarvis also headed clear the following ball in.

On 36 minutes, and largely against the run of play, Exeter took the lead as Randall slotted beyond Howard after Jay had played the ball into the area.

That advantage was doubled just two minutes later as Jay turned from provider to scorer to slot in following Sparkes’ cross from the left.

With five minutes to go until half-time, the Iron looked for a quick response as McAtee's free-kick into the area, taken from the left, almost droped for Jarvis and Rowe, but the latter's shot was blocked by a defender and cleared.

Jarvis was cautioned on 42 minutes for a foul on Sparkes.

Howard was again down to save a minute later as Bowman set up a shot on the edge, with the Iron debutant again making a good stop.

Hornshaw sent another dangerous ball into the area just before half-time, but Ward claimed under pressure from Hippolyte. Green came forward in the next wave of the attack and won a corner which Ward dropped. The ball fell to Hippolyte but the effort is blocked and cleared.

Into the second half, United again started brightly with a well-worked Iron opportunity that saw Green receive the ball on the edge of the area and send and effort just over.

On 48 minutes, Howard was again called into action from point blank range as Bowman got on the end of a cross from the right. The Iron cleared any immediate resultant danger.

On 49 minutes, the Iron halved the deficit as McAtee first won a corner. O’Malley’s corner was met by the head of Rowe to get his first goal for the club on only his second league start.

With the tails up, O’Malley again crossed a minute later, with McAtee trying to connect, but the ball dropped for Jarvis who span before firing wide.

On 53 minutes, Green won a free-kick on the right side of the penalty area, which O'Malley crossed in. The ball looked to reach Onariase at the back post but it went out for a goal kick.

Three minutes later, O’Malley won a corner on the left. McAtee took it and attempted to reach goalscorer Rowe at the back post, but it went just above his head and out for a goal kick.

On 59 minutes, a swift attacking move by the Iron saw Green plays it to McAtee, who sent a quick ball across but there was nobody there to connect.

On the hour, the Grecians made their second switch as their Jake Taylor came on for Harry Kite before the home side won a corner on the right. United dealt with the danger.

Taylor and Hippolyte combined down the left soon after with the return ball to Taylor seeing him shape to shoot only for Exeter to get it clear before he can pull the trigger.

On 66 minutes, Taylor spread play from left to right, finding Green with the Iron winning another corner following his cross. Ward punched that corner clear before a break in play for over five minutes which saw the shot stopper receive treatment.

After the restart on 73 minutes, the hosts came forward with Jay sending in a cross from the left with Howard gathering. He sent Hornshaw on the attack before his cross searched for Jarvis, with the ball headed clear.

The Iron made their first switch 13 minutes from time as Ryan Loft replaced McAtee, with Hippolyte forcing an opening down the left before the hosts get the ball clear.

Seven minutes from time, Loft used his strength to win the ball from Key on the left wing, but his effort to get the ball into the danger area was blocked.

A minute later, Hippolyte brought a good ball from Hornshaw down before firing goalwards, with Ward making a fine save at his near post. Hippolyte was on defensive duties soon after to block Jay’s shot.

With time running out, United brought on Kenan Dünnwald-Turan to make it a 4-2-4 formation and soon after Loft looked to connect with O’Malley’s cross  but the hosts got the ball clear.

Howard would make two fine saves soon after with Collins angling a first effort across goal with a full stretch save sending the ball out for a corner. Second second of the saves came from close range soon after before the hosts added a third just as six minutes of added time were indicated, with substitute Taylor firing home.

In the fifth minute of added time, the hosts hit the post with Bowman connecting to the ball following a right-winged cross, before the Iron’s Taylor saw a long range deflected effort deflect over the bar.

The last chance of the game fell to the Iron as Rowe connected to another corner, but his headed bounded up and wide of the target. 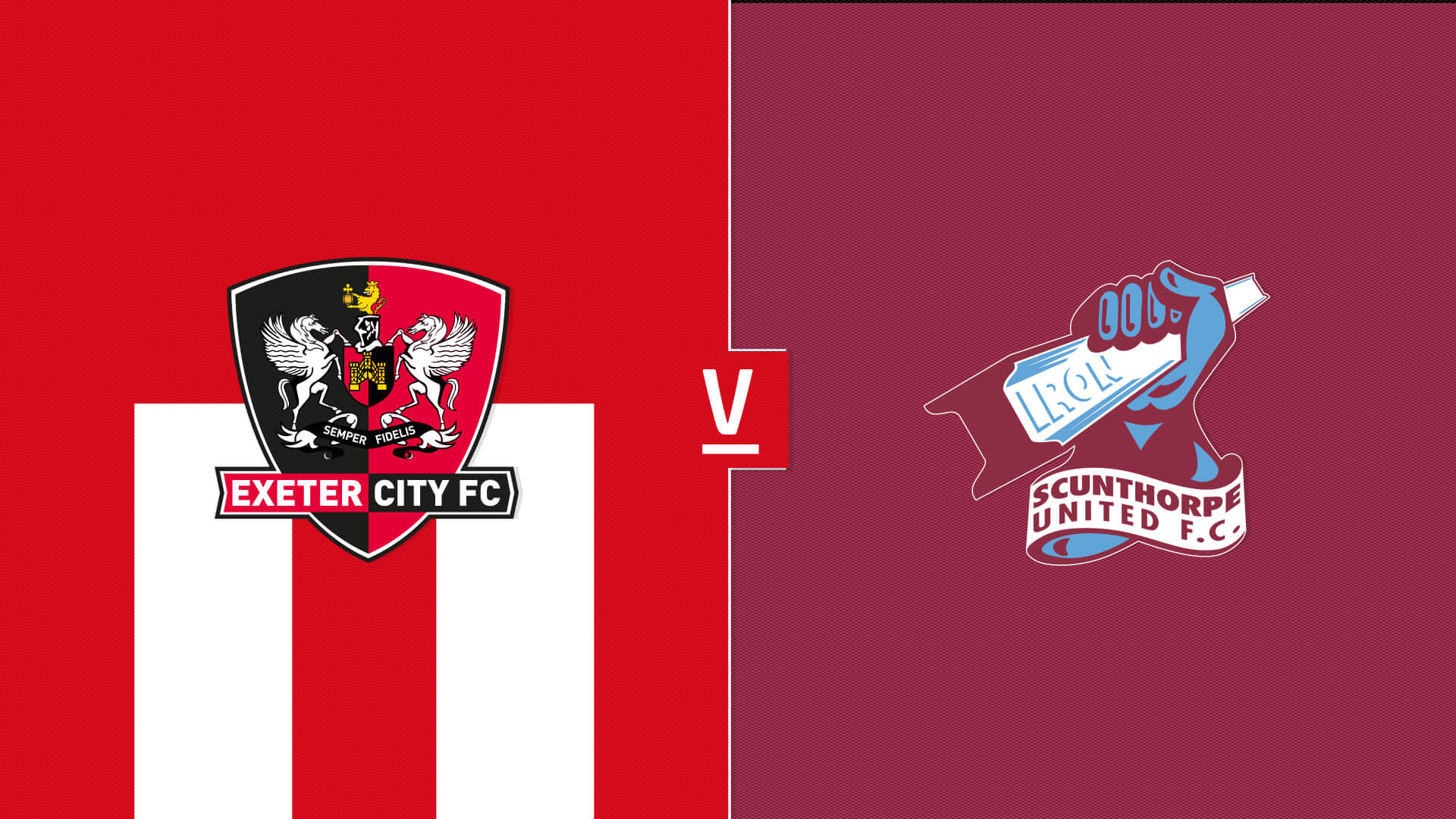 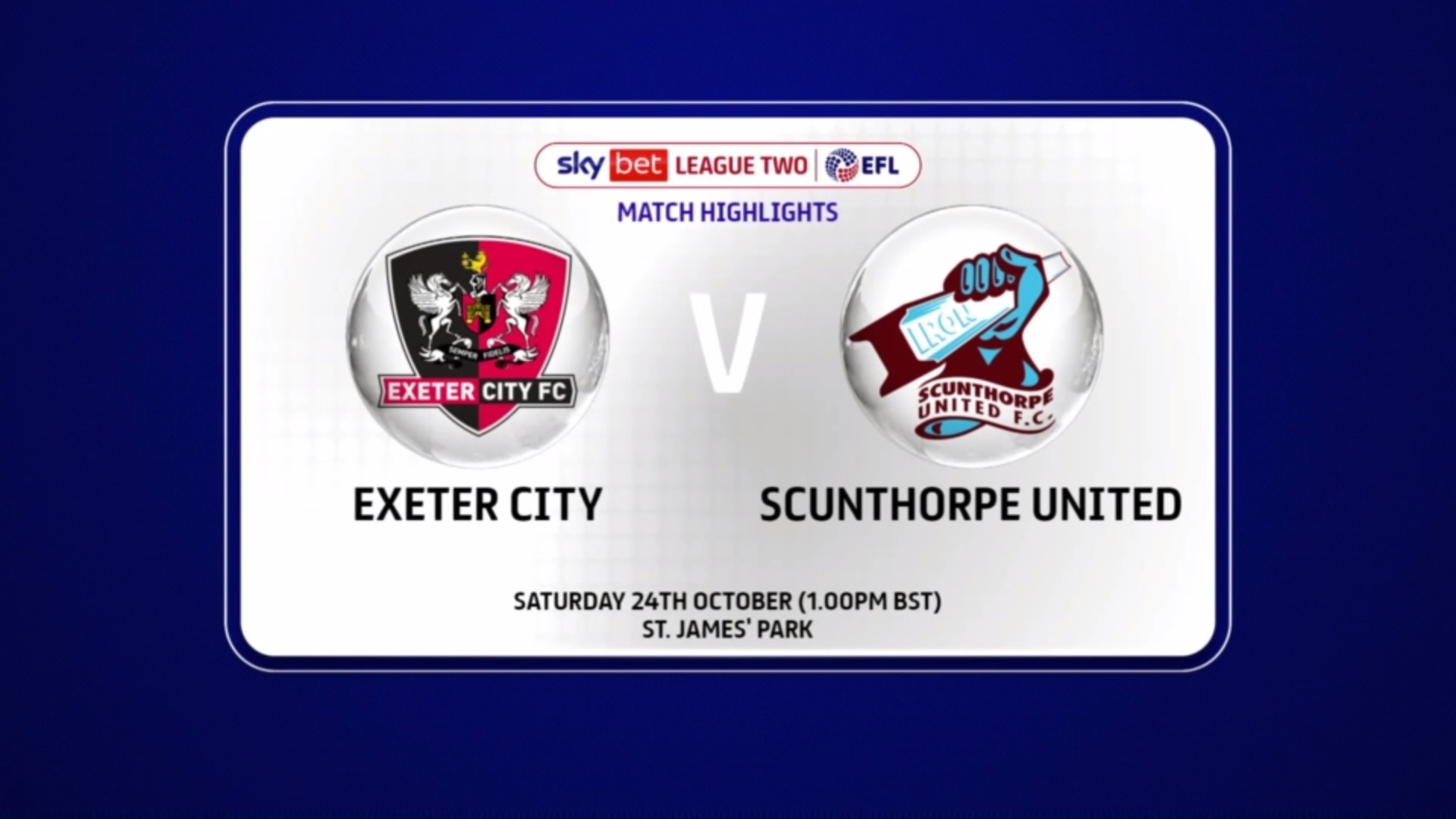 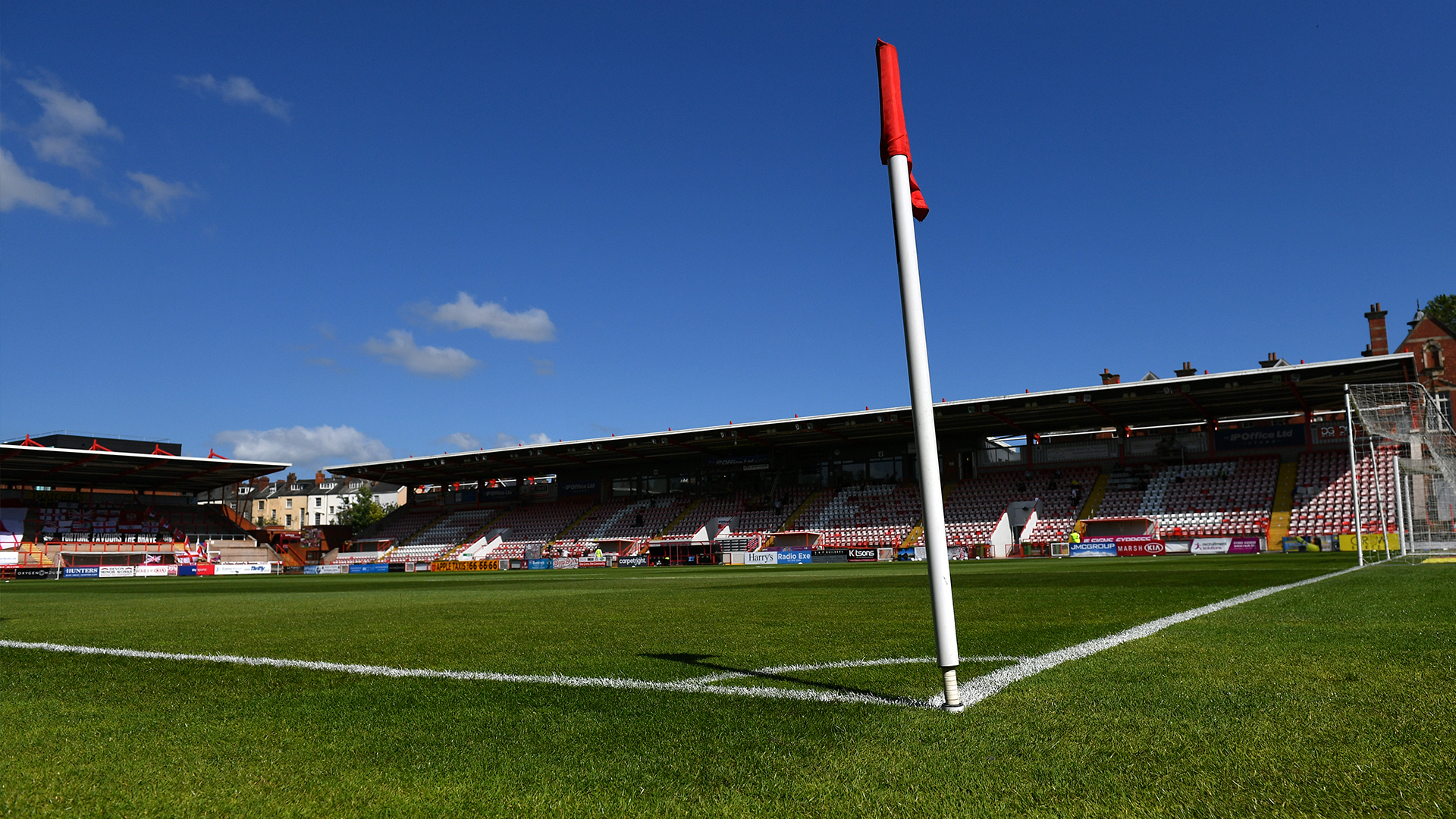