The Iron will be looking to build on their #DerbyDay victory at the weekend when they host Port Vale at the Sands Venue Stadium on Tuesday (7pm kick-off).

United will be buoyed with confidence after picking up their first three points of 2021 at the weekend against their local rivals Grimsby Town.

Abo Eisa grabbed a brace, including an exquisite free-kick to break the deadlock, while Ryan Loft notched the other goal to make it a comfortable win on home soil.

The Valiants lost 3-1 at the weekend to Walsall with their last victory being their own 3-0 triumph over the Mariners on January 9th. Prior to that, their last league win was a nine-goal thriller as they saw off Bolton Wanderers 6-3.

Port Vale come into the game in 16th position with 29 points from 25 games. The Iron are three points further back having played a game less. A win for Scunthorpe by a four-goal margin would see them leapfrog the Valiants on goal difference.

The Iron were 1-0 victors in the reverse fixture among a five game losing run for Port Vale back in November. Following that poor run, the side would go onto win just one game in eight, culminating in John Askey losing his job four days into the calendar year.

Danny Pugh is in interim charge of the side, but won't journey to the Sands Venue Stadium having began a period of self isolation last week. Frank Sinclair led the team at Vale Park at the weekend.

A familiar figure in the opposition team is midfielder Jake Taylor, who spent the first half of the season in claret and blue. He was recalled to then-parent club Nottingham Forest at the start of the window before he was sold to Vale, who he was on loan to last season, on a three-and-a-half year contract. Since returning to the side, he's made three appearances.

Goalkeeper Scott Brown is the most-appearing player for the Valiants this season, having featured for 2,250 minutes, while Devante Rodney is their top goalscorer with seven league goals to his name.

Meanwhile, 35-year-old defender Leon Legge hasn't featured in the league under the new regime as he was sent off for the second time this season on January 2nd.

Jordan Clarke (thigh) and Abo Eisa (knee) will be assessed on the morning of the game after picking up knocks at the weekend.

Myles Hippolyte (ankle) returned to the bench at the weekend, while Ryan Loft (back) was passed fit to play and scored his fifth goal for the club. Manny Onariase also got through his first full game since December 19th after his recent injury troubles, while John McAtee also shook off a dead leg to be a used substitute.

Harrison McGahey (hamstring) will be missing once more after he managed 45 minutes at Barrow before feeling his previous injury, while Aaron Jarvis (also hamstring) continues to be missing for a total of 10 weeks.

Jordan Hallam (thigh) played over 75 minutes last Tuesday in the Under-23s and came off the bench at the weekend to see the game to its conclusion.

Junior Brown returns to contention after serving a one-match ban following his red card at Barrow, while Kevin van Veen continues his rehabilitation, but is ever edging closer to a return. Fin Shrimpton (ankle) is also back on grass, along with Andy Dales (ankle), as they both work their way back to fitness.

Abo Eisa struck the winner at Vale Park in the reverse fixture as he received the ball from a quick release from Mark Howard before sending his long range effort into the net to seal all three points.

It'll be the second time the two sides have met at the Sands Venue Stadium this season, with Vale edging through in the Carabao Cup, despite a goal from Ryan Loft.

Ryan Loft scored a brace as United made it back-to-back home league wins for the first time since October 2019 with a 2-0 home victory over Port Vale on Tuesday night.

The frontman built on his goal in the 3-0 local derby win over Grimsby Town on Saturday by netting two in the first half.

The Iron made two changes to their starting line-up for the game, as Jordan Clarke and Alfie Beestin were replaced by Jai Rowe and Lewis Spence.

Rowe received a yellow card within the first minute after a foul on Alex Hurst. From the subsequent free-kick, sent in from just inside the Iron's area, former Iron defender Shaun Brisley connected with a header and forced a save from Iron goalkeeper Mark Howard.

With five minutes played, Rowe sent a ball forward which tempted a wayward touch from Vale’s defender. He prevented the corner, but it resulted in a throw for the Iron.

There was then good work from Jem Karacan on the right channel from that throw as he won a free-kick, but nothing came from it.

After nine minutes, Mason O’Malley sent in a free-kick to the far post, with Emmanuel Onariase winning the header. Alex Gilliead won the second header, but Vale cleared for an Iron throw.

A minute later, Rowe did well to block Hurst’s cross from the left and then prevent the corner. The Iron looked to break with Eisa but the visitors intercepted the pass through.

On 14 minutes, Abo Eisa put pressure on the Valiants’ backline to force the ball to be played out for a throw after Devarn Green won an aerial battle in midfield. Eisa rolled his man from the resultant throw and had a go from range, but the effort flew wide.

Soon after, there was a chance for the visitors as the ball came down the left. It was squared to the edge of the area with Howard making a double save, once from long range and once from close range. The latter effort was ruled offside.

With 20 minutes gone, Brisley threw himself to the ground as Onariase went in with the tackle inside the box. A corner was given after the Iron central defender played the ball, and nothing came from it.

A minute later, Eisa and Green broke with the latter getting in a cross. The ball was headed out to Spence, who controlled and saw his long range effort blocked.

On 22 minutes, the Iron looked to play a quick free-kick in behind. The ball was nodded down into the path of Loft, but his volley from range went wide.

Following that, there was a great move down the left side. Eisa’s pace proved too much and his low cross found Loft, but he couldn't steer in a shot, with Gilliead waiting to potentially slot home.

United went ahead after 26 minutes when Loft rolled his defender on half-way, he looked to have been fouled but he shrugged him off, advanced to the area and slotted a brilliant effort across goal for his sixth goal of the season.

Soon after, there was a corner to Vale on the left side as the visitors looked to respond to that goal. The ball into the Iron box hung up, but was headed wide of the mark by Vale.

Nevertheless, United doubled their lead with 32 minutes played as Loft got his second of the night, and seventh of the season. This time he fed the ball wide to Gilliead. He side-stepped well and fired in a shot which was saved by Brown, but Loft was there to steer home the rebound.

With 34 minutes played, Mark Cullen looked to halve the deficit for Vale as he received the ball in the area. Just as he swiped his boot through the air, the Iron hooked clear for a corner.

The 40th minute saw superb play from the Iron as Rowe found Loft. He held up play and linked in the midfield which then saw Gilliead attack down the right. His cross was turned behind for a corner. Taft won the header from the corner but Vale cleared and broke. Karacan chased back the break and tackled the Port Vale player before being cautioned.

On 44 minutes, there was superb play from Green as he weaved in and out of the Vale players before being brought down. It resulted in a free-kick to the Iron and a yellow card for Zac Mills.

A minute into the two of added time, Loft had a chance for his hat-trick as he advanced on goal. He shifted to his left foot and saw his effort blocked, with Green then sending his shot wide.

Early in the second period, David Worrall knocked down a cross from the left side for Vale, with Kurtis Guthrie almost seeing the ball drop to him, but Howard ended up gathering possession.

After 48 minutes, Green was pulled back as Eisa slipped him into the area, but advantage was played. Green saw his cross blocked, but it ricocheted off him and out for a goal kick.

Just after, the visitors had a spare man at the back post from a cross, with the ball edged to Tom Conlon on the edge of the box. He looked to dink in an effort, which Howard saves.

Then, straight after, David Amoo glanced the ball towards goal following a right-winged cross, but Howard again made the save.

On 57 minutes, Worrall broke the offside trap shortly following an Iron break, but Howard read the play and pounced on the ball as it entered his area.

During what was a quiet second half in terms of chances, United made their first alteration on 67 minutes when Beestin came on for Karacan, and then Green was replaced by Jacob Bedeau.

In the 74th minute, Howard made a routine save as he clutched hold of a Worrall header following a left-winged cross by David Fitzpatrick.

Four minutes later, George Taft did well to track his man’s run and hook the ball out for a corner. Onariase and Spence both headed clear before the follow-up cross went to the other channel with Loft sliding in to win the ball.

On 80 minutes, Bedeau blocked a goal bound shot before heading away the follow-up cross. Gilliead then brought the ball away on the break.

There was a third Scunthorpe alteration with 84 minutes gone, as two-goal Loft was replaced by Myles Hippolyte.

Port Vale had a lot of possession throughout the second-half but United held firm and restricted any real clearcut chances, keeping their second clean sheet in succession.

The Iron return to action on Friday night when they visit Colchester United (7pm kick-off). 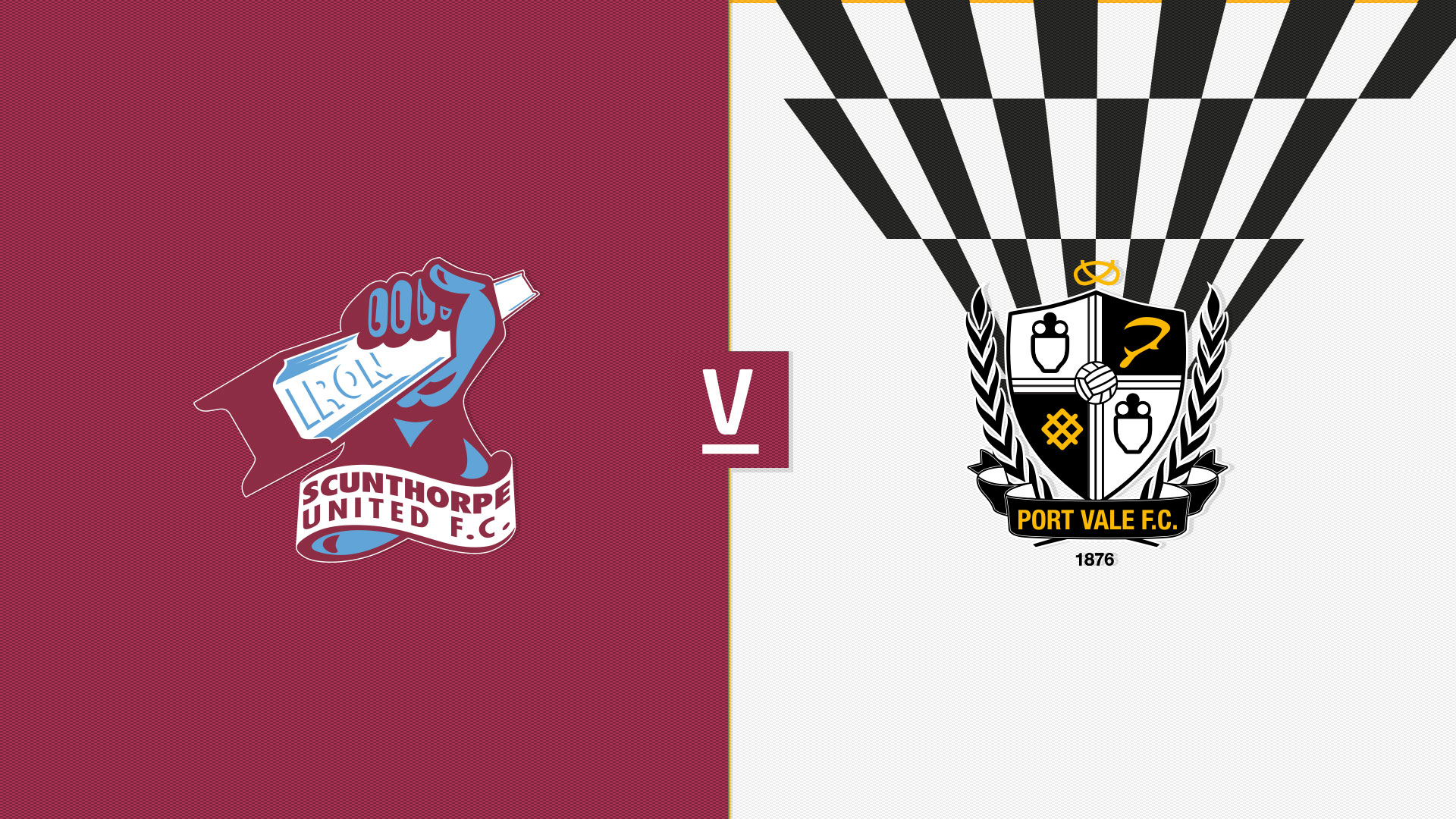 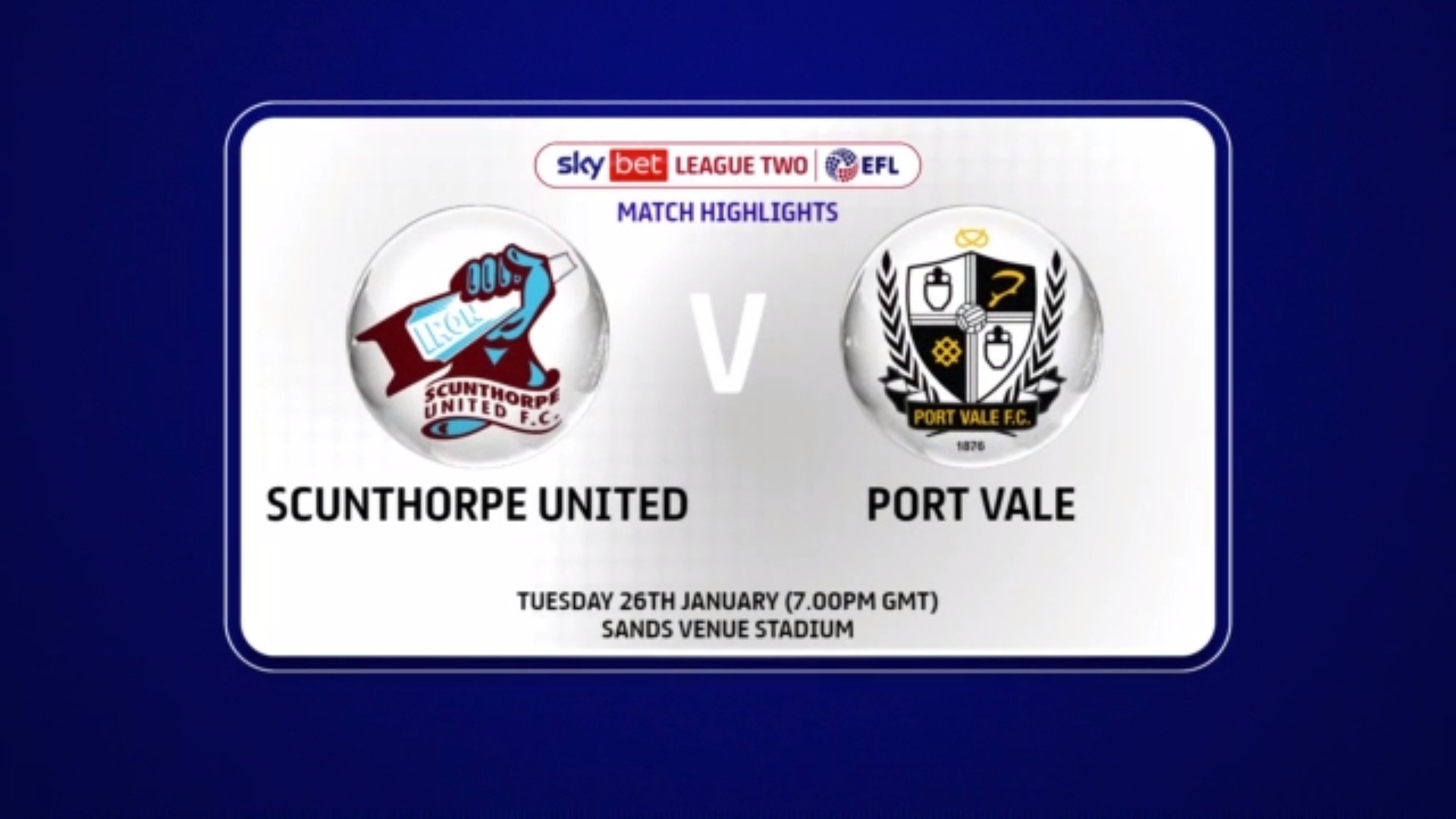 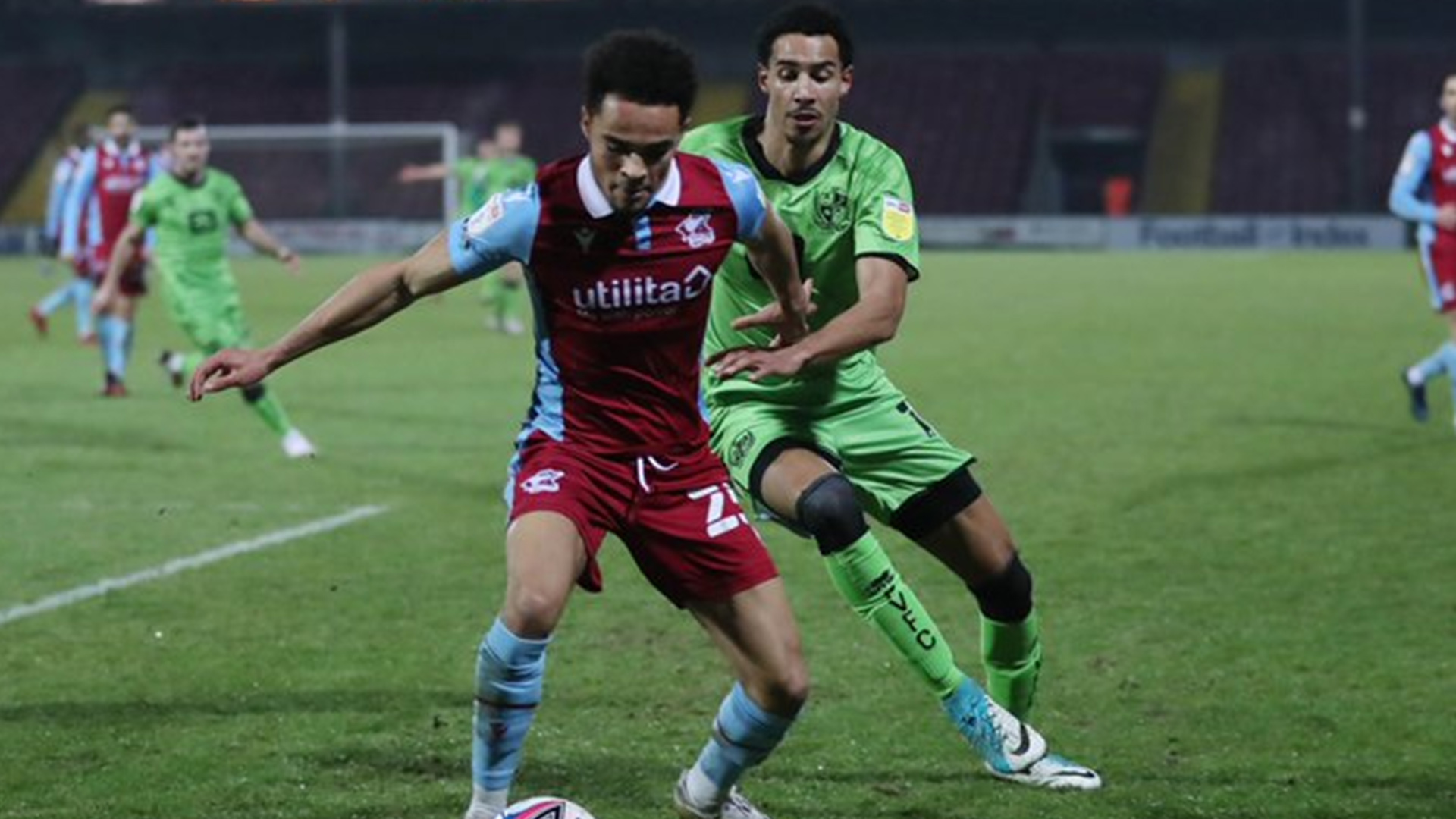