The Iron head to Bolton Wanderers on Tuesday night seeking their fifth league win in a row for the first time since April 2017.

Scunthorpe returned to action following a three week break caused by postponements and a match abandonment by seeing off Harrogate Town 3-1 at the Sands Venue Stadium on Saturday. Devarn Green, Ryan Loft and Lewis Spence scored the goals.

It backed up victories over Grimsby Town, Port Vale and Colchester United prior to then, and Neil Cox's side head to the University of Bolton Stadium full of confidence.

The match sees Cox return to the club he represented as a player between 1997 and 1999, and will also see Mark Howard, George Taft and Jem Karacan return to face their former club.

Ian Evatt's side sit 10th in the division and are buoyed by two late goal away wins in a row. Shaun Miller got the winner at Southend United on Saturday, as they won 1-0 there, and they came back from two goals down last Wednesday to win 3-2 at an in-form Mansfield Town.

They arrive into the match unbeaten in five games, and looking for a fourth win in a row having seen off Stevenage 1-0 at home a week-and-a-half ago in their last fixture at the University of Bolton Stadium.

Top scorer for the Trotters is the familiar name of Eoin Doyle, who has 11 strikes to his name following a summer move from Swindon Town. Nathan Delfouneso has notched on seven occasions, with Antoni Sarcevic also scoring five.

Centre-back Ricardo Santos tops the appearance charts with 29 league starts, while former Iron custodian Matt Gilks has turned out 18 times between the sticks, and also doubles up as goalkeeper coach.

Defender Harrison McGahey has returned to full training following a hamstring injury and will be in the squad, with fellow centre-back Emmanuel Onariase rated 50-50 with a sore groin which forced him off in the 78th minute against Harrogate.

The two sides met at the Sands Venue Stadium in November, with Peter Kioso scoring the decisive goal early in the second-half. 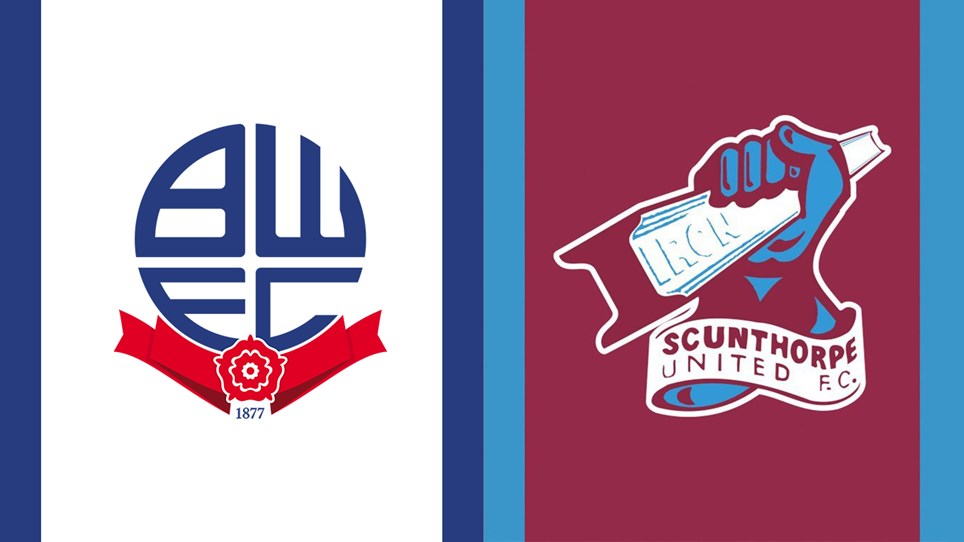 
The Iron’s away League Two game at Bolton Wanderers on Tuesday, February 23rd will now kick-off at 7pm.

The Iron were defeated 2-0 by Bolton Wanderers at the University of Bolton Stadium on Tuesday night, as their four game winning run came to an end.

A controversial penalty decision in the first-half resulted in Eoin Doyle netting from the spot, while Antoni Sarcevic added another during the second period on the break as Scunthorpe pushed for a leveller.

United went into the game making two changes from the side that defeated Harrogate Town 3-1 at the Sands Venue Stadium three days earlier, as Jai Rowe and Jacob Bedeau came in for Jordan Clarke and Emmanuel Onariase.

The third minute saw a corner to the hosts as Oladapo Afolayan opened up onto his right foot on the edge of the area and saw his 18-yard effort deflected out of play.

Junior Brown headed away the initial corner into the box before the second cross was sent into the six yard box with Mark Howard claiming under pressure from Doyle.

With eight minutes on the clock, Devarn Green almost emerged with a 50-50 as Alfie Beestin hooked it towards him with Gethin Jones just about coming away with possession.

After 16 minutes, Bedeau tracked the run of Doyle down the left side and blocked his cross for a corner to Bolton.

From it, George Thomason saw his long range shot blocked before Doyle’s left-footed volley was also halted by George Taft, with the ball looping over the goal and hitting the top of the net. It resulted in another corner which the Iron dealt with, as a combination of Alex Gilliead and then Beestin cleared.

Four minutes later, a misplaced pass from Gilliead’s pressure put Loft in space with two to beat. He drove before awaiting the run of Green. His cross into the area searched for Loft, but he couldn’t get a touch.

As the game reached half an hour played, an inviting ball was sent in across the Iron penalty area from the right, with Doyle peeling away at the back post, but he couldn't connect and the ball sailed out for a goal kick.

Then, at the other end, Bedeau played a free-kick short to Jai Rowe, who sent in an inviting cross which almost saw the Bolton defence make an error with one defender striking the ball against another.

Soon after, former Iron goalkeeper Matt Gilks lashed a ball clear as Abo Eisa was played in behind. Fortunately for him, the loose ball dropped for MJ Williams rather than an Iron player.

With 35 minutes gone, the hosts advanced forward with Afolayan, with his low drive across the box from the edge of the area gong wide of the post.

The hosts were awarded a penalty just a minute later when Nathan Delfouneso was contentiously adjudged to have been fouled by Bedeau. Doyle stepped up and blasted the ball past Howard to open the scoring.

With 40 minutes gone, Doyle latched onto a cross from the left, but Taft hooked the ball away just as he turned to pull the trigger.

Two minutes after, Green won a free-kick as he looked to hook the ball past his man, with a Bolton player handling. Eisa took it, bending around the wall, but his shot was saved by Gilks.

There was a triple Iron change at the break as Clarke, Harrison McGahey and Kevin van Veen replaced Rowe, Bedeau and Green.

With 48 minutes gone, play was spread wide to Clarke on the right, who put in a cross, with Loft not able to connect with the ball.

Four minutes later, there was good work from Loft over on the right side as he won a corner for the Iron. Taft twice connected to the cross. His first contact dropped the ball to his feet before the second sent the ball towards Gilks’ right corner, but he got down to save.

On 54 minutes, play was spread left by the hosts to Doyle, who held the ball until Declan John overlapped him on his left. The first time shot went high and wide.

A minute later, the Iron had one cleared off the line as Gilks came out to thwart Eisa as he went through, but van Veen sent the ball goalwards, with the ball hooked off the line by Alex Baptiste as it was heading in.

Then, Gilliead and Eisa saw subsequent efforts blocked before Brown got free on the left to see his cross turned behind for a corner, but the hosts dealt with it.

Next to come close was van Veen on 63 minutes, as he allowed the ball to roll onto his left side and fired his shot wide of the target from the edge of the area.

Brown found Loft with a cross from the left in the 73rd minute, but Gilks saved the headed effort.

Just a few moments later, at the other end, Lloyd Isgrove played the ball back to substitute Sarcevic, whose low shot went into the back of the net.

There was a double United change straight after, as Lewis Spence came on for Karacan, and Brown was replaced by Mason O'Malley.

With 77 minutes gone, Eisa was slipped the ball on the edge of the box, but his left-footed effort went over.

Six minutes later, Clarke blocked a goal-bound effort for a Bolton corner, with a couple of handball claims dismissed.

Straight after, van Veen was chopped down on the left side. Advantage was played as he looked to chip Gilks, but the keeper got a slight touch on the ball. From Gilliead's corner, Taft's header took a deflection for another corner but the subsequent one was cleared.

United continued to press in the closing stages as they seemed a way back into the game, putting in crosses and winning a couple more corners, but the hosts dealt with the threat and saw the win out.

Scunthorpe return to action on Saturday when they host Cheltenham Town at the Sands Venue Stadium (3pm kick-off).


The Iron’s away League Two game at Bolton Wanderers on Tuesday, February 23rd will now kick-off at 7pm. 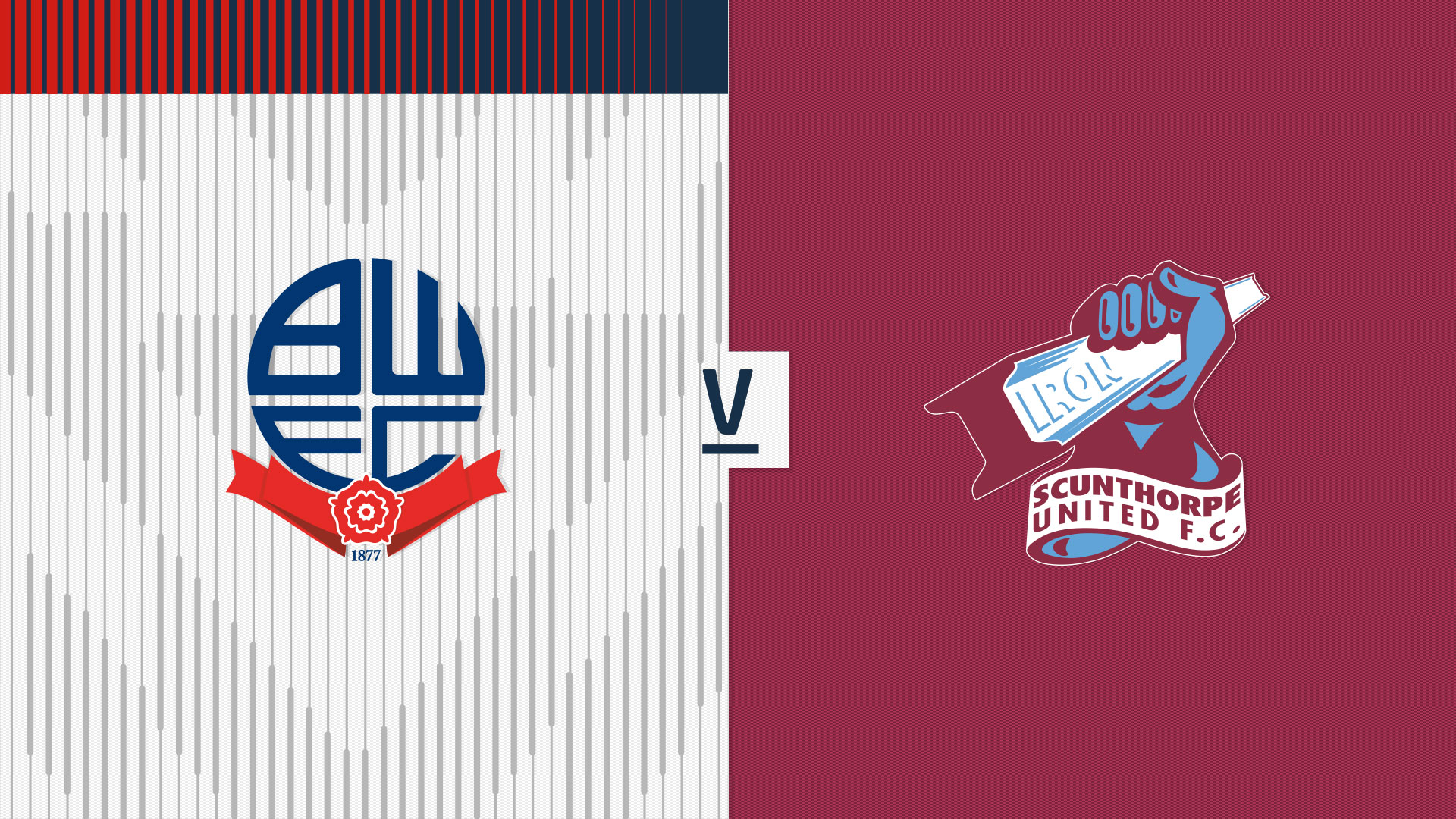 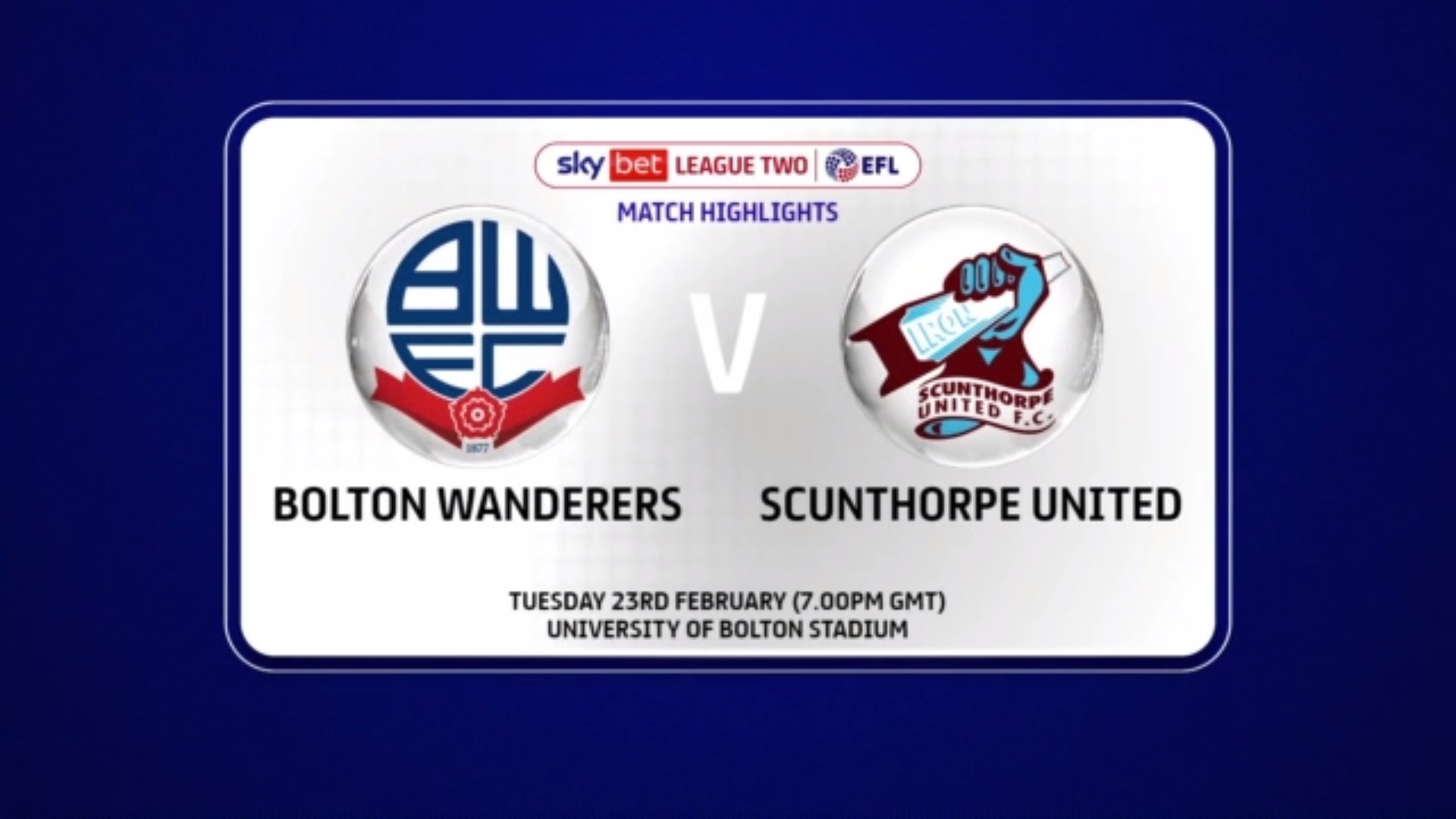 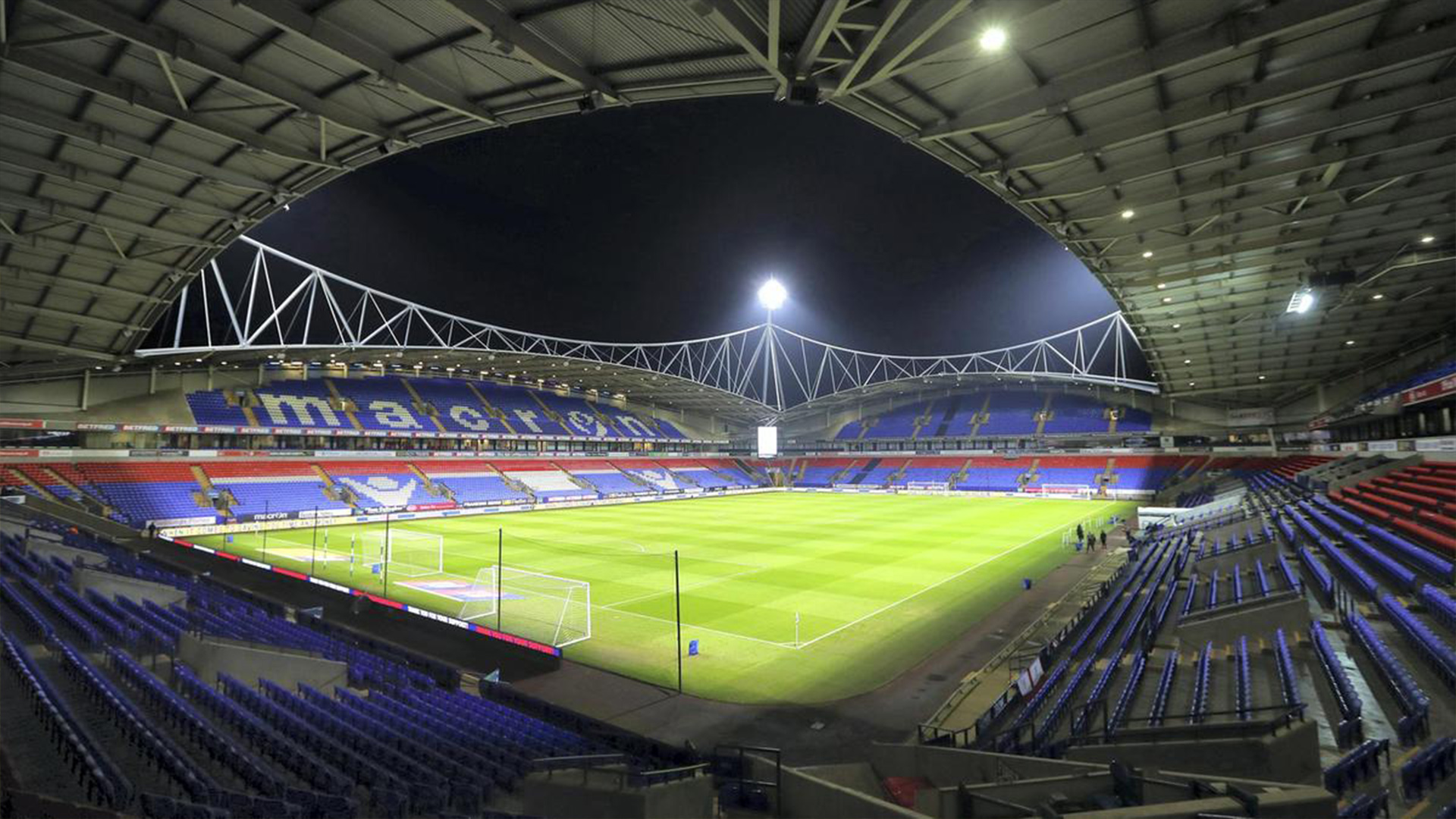