The Iron will be looking to record back-to-back wins for the first time this season when they take on Salford City this Saturday at the Peninsula Stadium (3pm kick-off). 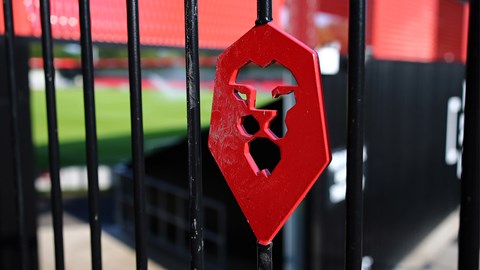 SOLD OUT! Iron to be backed by over 1,300 at Salford City

Scunthorpe come into the match on the back of a convincing 3-1 home win against high-flying Exeter City, making it back-to-back home wins for the first time since the turn of the year. United will be looking to claim their first three points on the road this season.

The Ammies come into the fixture following a positive 2-1 victory away at Mansfield Town in midweek, as they bounced back from their own disappointment of a 2-0 defeat at Northampton Town last weekend.

Manager Paul Hurst has confirmed there are no fresh injury news ahead of the encounter, with the squad coming through the encounter against Exeter City in midweek.

Jordan Hallam (ankle) is close to a return and featured for the Under-23s at Bottesford on Wednesday as did John McAtee (shoulder) and Jacob Bedeau (calf).

George Miller (quad strain) is back with Barnsley for assessment on his injury, while Andy Dales (calf) remains absent. Jordan Clarke is out following an appendix operation, although the latter two were both back on grass running on Monday.

The two sides have never met in their history, so Saturday will be the first-ever clash between United and the Ammies.

Had Scunthorpe progressed past Shrewsbury Town in last season's Emirates FA Cup, they would have met in Round Three, but the Shrews edged the encounter 1-0.

The Iron took a point on the road in a 1-1 stalemate with Salford City at the Peninsula Stadium, facing former manager and current Ammies boss Graham Alexander.

Kevin van Veen opened the scoring but Iron loanee Cameron Burgess cancelled out the strike on the stroke of half-time.

Within four minutes, Craig Conway pickpocketed possession in the final third and let fly from the edge of the area but the winger skied his shot.

Three minutes on, the Iron threatened. Ryan Colclough’s cross in from the right picked out Jamie Ward. The number 13 swivelled inside the box and with his back to goal, took aim but it was high of the target.

Colclough came knocking again moments later, racing down the right and cutting inside before unleashing an effort that flew over the bar.

With 14 minutes on the clock, Ward won a free-kick for the Iron on the by-line. Colclough played the set-piece short to Kevin van Veen but the striker’s effort was headed away.

United kept the move alive as Junior Brown slid a low ball in from the left which caused problems for the Ammies but it was eventually cleared.

Van Veen had a speculative shot from range with 17 minutes gone but failed to trouble Mark Howard in the Salford goal as it sailed over the bar.

A minute later, Novak won the ball back and threaded it through to Colclough who tried his luck from 20 yards but it fizzed narrowly over the woodwork.

On the 20-minute mark, van Veen saw his effort superbly saved by Howard after Novak controlled a weighted pass before cutting it back to his strike partner who side-footed towards goal but the shot-stopper palmed the effort away.

With 25 minutes played, the Ammies were awarded a free-kick in a dangerous position on the edge of the area, off to the right after some debate. Rory Watson was called into action, beating away Ibou Touray’s powerful set piece.

Colclough sprung the offside trap before laying the ball off to Ward whose effort was blocked in then 28th minute before Colclough followed up with a strike of his own.

The latter’s effort took a deflection through to Howard as Novak almost cut the shot out before being penalised for fouling the ‘keeper, knocking the ball from his grasp.

The Iron eventually broke the deadlock in the 34th minute through van Veen. The Dutchman linked up well with Ward who returned the ball to van Veen in the box before he blasted into the roof of the net to make it 1-0.

With a minute of added time remaining, Salford equalised. The Ammies made it 1-1, Cameron Burgess heading in Touray’s free-kick and his first goal for the club just before half-time.

Early in the second period, United won a corner. Colclough’s delivery was met by Rory McArdle who glanced wide.

Six minutes in, the Ammies went close from a set piece. Rooney knocked the it down in the area for Burgess who headed at Watson, the shot-stoppers smothering the ball.

In the 57th minute, van Veen registered an effort off target, hitting a first-time effort from the edge of the area after receiving the pass from Ward.

The hosts had two chances in quick succession mid-way through the second-half. Mani Dieseruvwe spurned an opening for Salford after latching on to Conway’s ball from the left at the near post. Then, the substitute was off target from Scott Wiseman’s ball.

Jake Jervis and Lois Maynard both saw efforts from distance blocked as the Iron defended well, getting bodies in the way.

In the remaining 15 minutes, Novak hit the target after some good work from Eisa, digging out a shot but Howard got down well.

Moments later, the Iron had a scare. Watson denied Joey Jones with Rooney lurking for the rebound, but McArdle was on hand to make a last ditch clearance before he could.

From the resulting corner, Watson made another save and a scramble in the box ensued as Salford shots were blocked by Iron defenders on the line and United somehow scrambled it away.

With five minutes to go, Lund cued an effort just wide from around 20 yards after some good hold-up play from Novak.

Minutes later, a Salford defender made an excellent block to keep out Novak after Eisa carried the ball from the Iron half and drove into the box before setting up the striker but it was to be the last action of the game, ending odds even.

The full allocation for the Iron's League Two trip to face Salford City, which takes place on Saturday, October 26th (3pm kick-off), has now sold out. 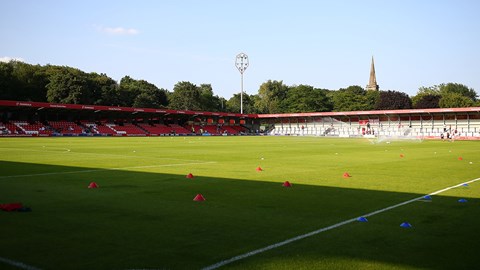 THURSDAY UPDATE: The ticket office are taking a list of interest in the event any returns are brought back to the Sands Venue Stadium. Get in touch to put your name down!

There will be no more seating tickets made available by the Ammies.

Away supporters are accommodated on the East Stand terrace and North Stand Block ‘H’ seats. Please note, only seat ticket holders will be allowed to enter Block ‘H’. 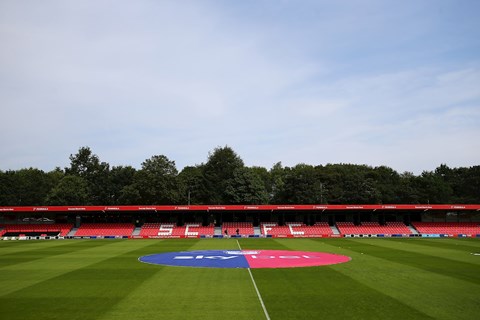 Coach travel departure times are 11.00am from the Hornsby bus depot, 11.05am from Ashby Broadway, 11.15am from the Museum and Baths Hall, and 11.30am from the Sands Venue Stadium.

If you'd like to register your interest for any returns, please call 01724 747670 or email sufctickets@scunthorpe-united.co.uk.

UPDATE: Final few tickets remain for Salford away this weekend 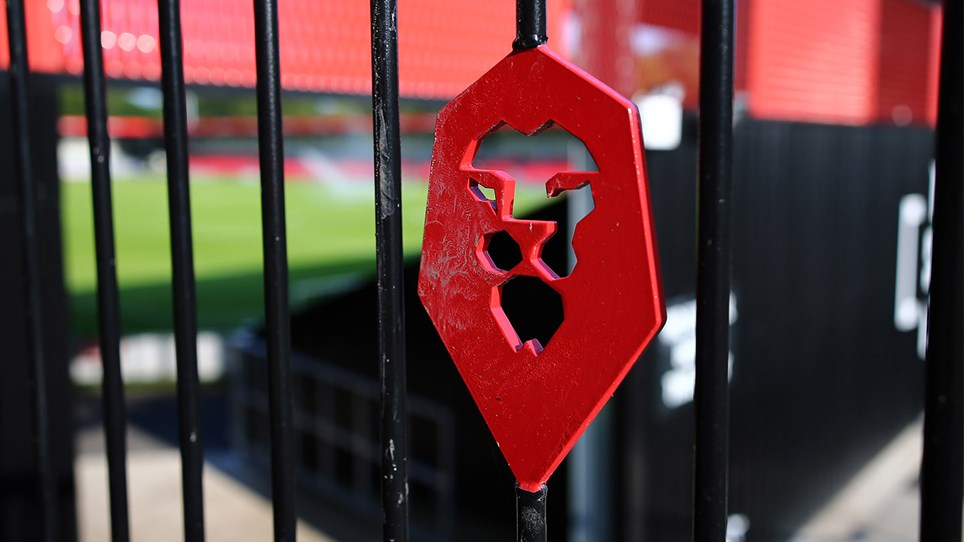