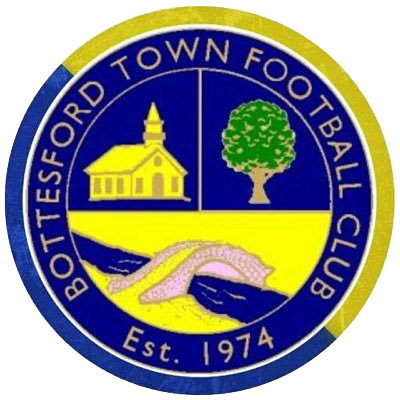 Most importantly, valuable game time was accumulated by the players as their pre-season preparations continued with a victory at Birkdale Park.

The first chance arrived on two minutes as a right-wing cross was cleared to the edge of the box. The ball then reached James Perch, who fired over the crossbar.

After some early probing, Scunthorpe took the lead with 10 minutes on the clock. Hammill received the ball on the left flank and cut inside before firing a strike from the edge of the area that bounced back into play off the crossbar. Olomola was then on hand to volley in the rebound.

Within two minutes, there was almost a second for the Iron as Wootton fired an effort low and across goal from just inside the area, but wide. He then came close again just after, with a shot deflected wide for a corner.

Hammill made it two in the 14th minute. He won a penalty after being fouled on the right side of the area. The same player then stepped up and fired beyond the goalkeeper’s dive low to Hammill’s left.

Wootton then came close again, driving forward down the left side of the area and striking an effort which the goalkeeper saved.

Wootton soon made it three in the 19th minute, outjumping the goalkeeper and heading into the back of the net.

Soon after that, following receiving a pass from Perch, Hammill turned before shooting towards goal and saw his long-range effort saved by the home goalkeeper.

With 25 minutes on the clock, Hammill took the ball into the area and drew a save from the home goalkeeper with a driven effort.

Next to register an effort was Trialist A, whose shot from 25 yards cleared the crossbar.

On the half hour mark, Hammill had another shot from distance, thumping an effort just wide of the home goalkeeper’s right-hand post from 25 yards.

United make it four in the 31st minute as Olomola received the ball down the right and played it into the box for Wootton, whose effort beat the home goalkeeper to find the net.

34 minutes in, Trialist B played the ball down the right to James Horsfield, who then played a pass to Olomola on the edge of the box. He then curled wide.

Trialist B fired a strike from the edge of the area which was tipped wide three minutes later. Following the corner, Perch then sent a shot wide from the right side of the box.

Next to come close for the Iron was Olomola, who attacked down the left and saw his shot tipped wide for a corner, but nothing came from it.

In the 42nd minute, after Wootton’s pass from the right side, Hammill brought the ball towards the edge of the area before unleashing an effort over the bar.

The last chance of the half saw the Bottesford goalkeeper save from Olomola, who sent an effort goalwards after a right-wing Hammill cross.

The second-half was one of fewer chances. Early on, Trialist B sent in a cross which nobody could get on the end of, and then not long after he played the ball to Hammill, who tested the goalkeeper with a shot from distance.

Just prior to the hour point of the game, after receiving a pass from the left side, Hammill fired an effort wide of goal from distance as United looked for a fifth.

A raft of substitutions followed, with Yasin Ben El-Mhanni coming close after receiving the ball from Lewis Butroid on the left and curling an effort that was tipped over the crossbar. Meanwhile, last to come close was George Hornshaw, who fired over the crossbar from long range.

Ticket news has been confirmed for an Iron XI’s away pre-season friendly at Bottesford Town on Saturday, July 13th (3pm kick-off).