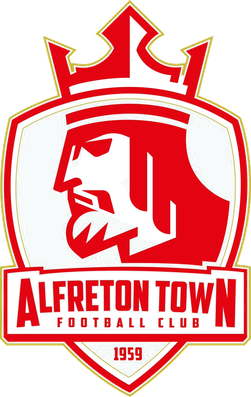 The Iron triumphed 4-1 at the Impact Arena in their penultimate pre-season friendly, dominating proceedings throughout, despite an early set-back.

United kicked off for the first half and, within the first two minutes, Adam Hammill sent a corner in from the left hand side. The delivery met the head of Yann Songo’o, whose towering header flew narrowly over the crossbar.

Shortly after, Scunthorpe broke forward with Jordan Hallam down the centre. He slipped a ball into Matthew Lund, who sent a dinked effort just over the bar.

In the 11th minute, Alfreton opened the scoring after Amari Morgan-Smith latched onto a long ball and slotted home from close range. Moments later, the Iron found themselves under some more pressure but goalkeeper Jake Eastwood produced a brilliant low save from Danny East’s powerful drive inside the box.

Hallam broke down the right wing in the 22nd minute, his cross was blocked and the resulting corner was headed goal-bound by Andy Butler but referee Danny Middleton stopped play for a foul in the box.

Following this, United continued to apply pressure with a series of crosses into the box, narrowly evading their intended targets.

In the 26th minute, Hammill’s corner from the right side found Hallam, who twisted and turned the Alfreton defenders as he saw two shots blocked in quick succession.

Six minutes later, Hammill carried the ball past multiple Alfreton defenders from the left wing, marauding into the box before firing a low strike down the centre of the goal, which was saved by the home goalkeeper, Jack Atkinson.

35 minutes in, Hammill again picked the ball up on the left wing, this time cutting inside to float a delightful ball onto the head of Lee Novak, who glanced a header towards the bottom corner. Atkinson got down low to parry and Lund was adjudged to be offside after turning the ball home.

With 38 minutes on the clock, the Iron equalised. Hallam had possession on the right side, and after a direct run, he floated a cross towards Hammill who was bundled over inside the box, but Lund slotted home neatly from close range, regardless.

On the verge of half time, Jordan Clarke lined up an audacious strike from all of 30 yards, leaving Atkinson scrambling across the goal as the ball whistled past the bottom left corner.

Soon after, Hammill was crunched on the edge of the box to the left side, the aforementioned winger took the resulting free kick, forcing another save out of Atkinson.

After going into half-time level, United emerged from the break unchanged in a bid to build fitness levels before the start of the season.

The visitors started the second half positively as they finished the first, with Songo’o firing wide from 20 yards after a clever dummy from Hallam.

Moments after, a scramble inside the box was controlled by Novak, who laid off to Hallam under pressure. The winger then poked his effort narrowly wide of the left post.

In the 56th minute Scunthorpe almost took the lead. Songo’o sent in a cross that looked to be heading goal-bound after a deft flick from Novak, but Atkinson saved and cleared to avert the danger.

Six minutes later, Iron left back Kgosi Ntlhe broke down the left hand side, whipping a dangerous low ball across the face of goal, but Novak couldn’t connect.

The Iron deservedly took the lead in the 64th minute through Gilliead. The ball was switched cross-field, and after forcing his way into the area, the Iron number 20 squeezed the ball over the line.

Just five minutes later United were close to extending their lead. A pinpoint ball forward from Eastwood found the feet of Gilliead looking for his second, but the winger couldn’t divert past goalkeeper Atkinson.

In the 72nd minute, Scunthorpe continued to apply relentless pressure. Ntlhe found himself on the left wing. The full-back fizzed a pass to Andy Dales on the edge of the area, who saw his thunderous strike crashed off the post and back into play.

Just four minutes later, the Iron grabbed their third of the evening through Lund. A lovely sweeping move ended with goal-scorer Gilliead curling an inch-perfect cross towards Lund, who duly converted with a downwards header.

In the 84th minute, Lund grabbed his hat-trick on the night after another sublime cross from Gilliead, and an even better finish from Lund, meeting it on the volley to guide the ball home into the bottom left corner.

The referee called time shortly after, with the match finishing in a 4-1 victory at the Impact Arena.

The Iron will travel to Alfreton Town on Tuesday, July 23rd as part of their pre-season preparations.

The clash will take place at the Impact Arena, North Street, kicking off at 7.30pm.

Admission for the encounter against the Reds will be cash on the turnstile only, costing £10 for adults and £5 for concessions (over-65s and under-16s).