The Iron will be looking to make it two wins from three home games with victory over Forest Green Rovers at the Sands Venue Stadium this weekend.

United come into the match on the back of the late postponement of last weekend's trip to face Swindon Town, which was a decision taken by the hosts for safety reasons.

Prior to that, Scunthorpe had lost 2-0 to Cambridge United in a game badly affected by the weather conditions, while United defeated promotion-chasing Cheltenham Town 1-0 the week prior through a goal from John McAtee.

Rory McArdle and Yann Songo'o have had a further week of training behind them following returns from hamstring and knee injuries respectively so will be in the squad.

Junior Brown has returned to training following a medial ligament injury but the game will come too soon, although he may get some minutes for the Under-23s at Hull City next week.

Regan Slater (ankle) is likely to be out until the start of next month.

Scunthorpe won 2-0 at the New Lawn earlier this season, with Alex Gilliead and Abo Eisa scoring after Jake Eastwood's penalty save from Matt Stevens.

John McAtee scored the winner just after half-time as United recorded a 1-0 home victory over Forest Green Rovers on Saturday.

The Iron entered the game making three changes from the side that played Cambridge United in our last home fixture, as Rory Watson, Rory McArdle and Lewis Butroid came in for Ian Lawlor, Harrison McGahey and Levi Sutton.

The away side had a free-kick 30 yards from goal in the sixth minute, but after Carl Winchester swung it in, Jacob Bedeau volleyed clear to safety.

Neither side managed to stamp their authority on proceedings during the early stages, in difficult, blustery conditions.

On 14 minutes, McArdle appeared to be bundled over near his own corner flag, but referee Carl Boyeson gave a corner. Abo Eisa defended the initial one-two, and after a second corner was cleared to the edge, George Williams deflected an effort wide of the mark.

Soon after, Aaron Collins lined up a strike from distance for Forest Green, but his shot sailed over the bar with the wind behind it.

With 22 minutes gone, Kevin van Veen drove forward down the left and flashed an effort across goal which went wide of the goal.

Five minutes later, Alex Gilliead and Kevin van Veen linked up in the middle of the pitch with a couple of neat passes. The latter flicked the ball around Ebou Adams, but his pass to Eisa didn’t reach him and the away side cleared.

Forest Green ‘keeper Lewis Thomas was almost forced into an error after heavy Iron pressure soon after. The aforementioned got away with it though, hacking clear the danger.

With 33 minutes played, Adams found Nathan McGinley out wide on the left who put a low cross into the box, but McArdle was there to avert the danger. Winchester whipped in the resulting corner, and the Iron headed clear again after a flurry of set pieces.

Five minutes later, Butroid fired a cross into Eisa’s feet on the edge of the six-yard box, but the forward couldn’t quite get the ball under control with pressure from the Forest Green defence, and the ball trickled out for a goal-kick.

With 47 minutes gone, McAtee bagged the opener. Eisa laid it off to the number 45, and he duly side-footed beyond Thomas and into the bottom right corner for his third goal of the season.

After that, Perch and Adams collided in the middle of the pitch, with both players being treated. The pair seemed to be okay though, after leaving the field of play temporarily, and the referee resumed the match.

Then, a short Forest Green corner was well marshalled by the Iron, and after soaking up the pressure, Eisa looked to be away at the other end, but Thomas was quick off his line to beat the forward to the ball.

Collins and Williams linked up down the left wing for the Green Devils, and after checking inside onto his right foot, Watson did well to get down low to parry. Moments later, the Iron counter-attacked, but McAtee’s effort was saved by Thomas.

With 64 minutes played, Eisa did well to bring the ball under his control near the edge of the box, before laying off to Perch whose long-distance strike was caught. Shortly after, van Veen searched for Perch at the back post, but the Iron midfielder was inches away.

Three minutes later, there was a break in play after the referee stopped the game with Andy Butler struggling with a potential injury. The Iron captain was back up on his feet though, and eager to continue.

After the away sided enjoyed a sustained spell of the possession, they couldn’t find a way through the Iron rearguard, who were working hard despite the pressure.

On 75 minutes, March’s free-kick for Forest Green was poor, hitting the lower half of the Iron wall, with Rory Watson untroubled.

Three minutes afterwards, van Veen charged through on goal after Chris Stokes misjudged the bouncing ball, but Thomas was lightning quick off his line to partly smother the ball, with Stokes recovering to mop up and clear.

After 83 minutes, the away side won a free-kick on the left edge of the box, with Winchester standing over the dead ball. His delivery came in, and at the second attempt, the Iron cleared through Perch. Moments later, McAtee's left footed strike was saved at the other end as United broke.

McGinley took a free-kick two minutes later, with Farrend Rawson meeting it at the back-post. The defender subsequently headed over the bar.

Two minutes before the end, there was a brilliant block by Butroid, preventing a huge goal-scoring opportunity following Adams’ strike. Gilliead also did well to block his rebound effort.

There were five minutes of added time but Scunthorpe successfully saw the game out to seal three points, with George Miller coming on for van Veen deep into stoppage time.

The Iron return to action next Saturday when they make the trip to take on Port Vale.

Save money by purchasing your Iron v Forest Green Rovers tickets in advance! Tickets are on sale now for the home clash. 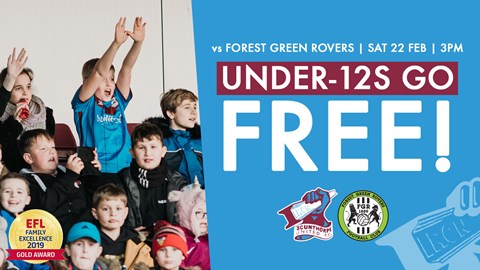 Our Early Bird Price Rates have been frozen for the sixth season in succession, and supporters can buy at these prices until the ticket office closes at 5pm on Friday, February 21st, and also until three hours before kick-off online via our ticketing website (www.sufctickets.com). Matchday prices then apply. 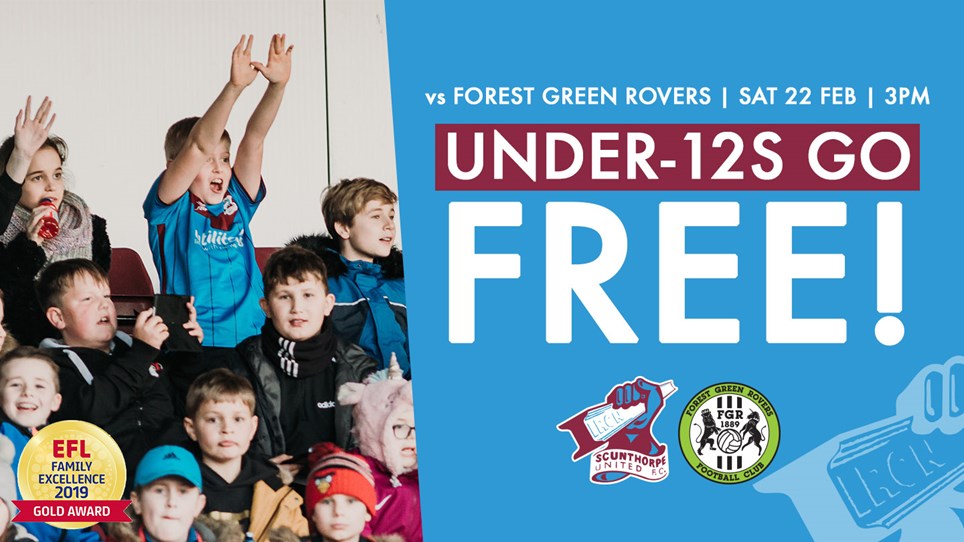 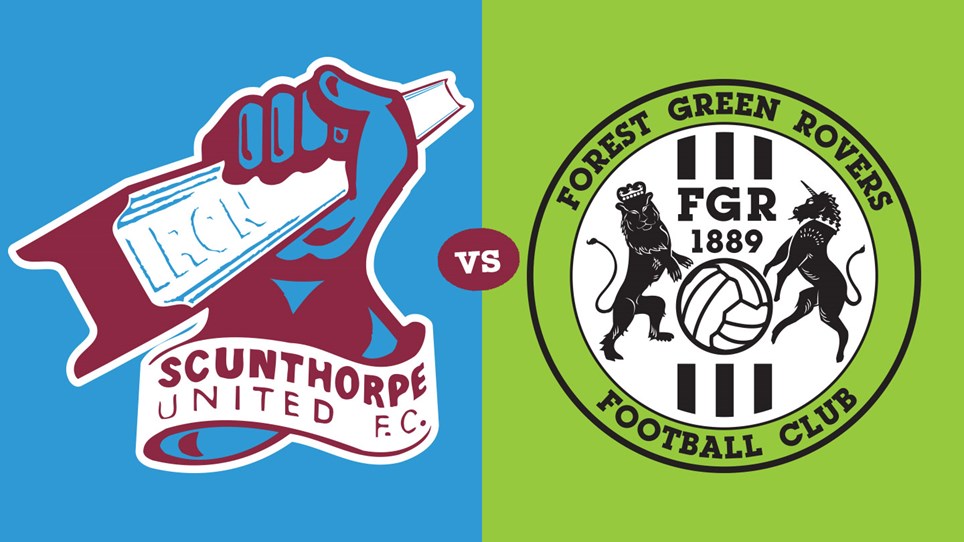 
Save money by purchasing your Iron v Forest Green Rovers tickets in advance! Tickets are on sale now for the home clash.