The Iron are back in home League Two action when they host Cambridge United this Tuesday (7.45pm kick-off).

Scunthorpe come into the match looking for back-to-back wins for the first time since early December having recorded their first clean sheet since New Year's Day in the 1-0 win over Cheltenham at the weekend.

The result kept the side in touching distance with Tuesday's opponents, with a win seeing the Iron leapfrog the Us by a point and going as high as 14th in the division.

Cambridge come into the game off the back of back-to-back wins, first ending Colchester's long unbeaten run before a narrow, hard-fought victory away at Newport on Saturday.

Rory McArdle (hamstring) will also be assessed after missing the last seven matches through that injury and illness prior. He was set to feature in Monday's Under-23s game away at Hull, along with Yann Songo'o (knee), who played an hour in the corresponding fixture last week, but the postponement means they're still in need of match minutes.

Rory McArdle got a brace earlier in the season the last time the two sides met, but the Iron were forced to play with ten men for more than 70 minutes of the game following a straight red card for James Perch with the score still goalless. The hosts would go onto win 3-2.

The last time that the two sides met prior to that was back in November 2016 in the EFL Trophy. Both teams had already progressed out of the group stage following their first two games, with the encounter determining who would finish top and gain the second round home tie.

The last league meeting at home came over 14 years ago, in April 2005, when the Iron gained all three points en route to promotion from League Two. The scoreline finished 4-0 at Glanford Park with goals from Richard Kell, Andy Crosby and a brace from Cleveland Taylor.

Cambridge United struck either side of half-time as the Iron slipped to a 2-0 defeat against the U’s. Idris El Mizouni and Paul Mullin were the goalscorers for the visitors.

Both sides had a quiet start to the contest. Paul Mullin threatened inside the penalty area after receiving a pass but Jordan Gabriel was on hand to avert the danger.

With 12 minutes played, Abo Eisa made headway down the left and and took aim but it was comfortable for Callum Burton between the sticks for the U’s.

Moments later, George Maris picked up the ball on the edge of the area but the midfielder was fouled just outside the area and the visitors were awarded a free-kick.

Idris El Mizouni stepped up and made it 1-0 to Cambridge in the 16th minute, curling the set piece into the top corner to break the deadlock.

The Iron looked to respond as Alex Gilliead found Eisa but his effort was blocked and behind for a corner which came to nothing.

With 25 minutes on the watch, Andy Butler teed up John McAtee but the latter’s right-footed shot flashed wide of the upright.

With 12 minutes until the half-time whistle, Leon Davies crossed for Liam O’Neil but Ian Lawlor claimed. The latter clashed heads with Butler and received treatment before returning to the field of play.

On the stroke of half-time, the Iron countered through McAtee, carrying the ball from his own half to the final third, releasing Eisa down the left. Eisa opened up his body but his curling effort was off target.

In added time, Eisa created an opening, finding Kevin van Veen inside the box but the Dutchman fired over the bar.

Five minutes into the second period, McAtee brought the ball under his spell on the edge of the box, hooking the ball towards goal but Burton is behind it.

The Iron were awarded a free-kick in the 57th minute which was played short by van Veen to Gilliead out on the right. The latter won a corner as his delivery was deflected behind and it eventually fell to van Veen again but the shot was blocked.

Cambridge doubled their lead with 61 minutes played. Mullin netted from close range to make it 2-0, pouncing on the rebound after Lawlor made the save from Harrison Dunk.

With 20 minutes left, Eisa drove into the box and got his shot away from a difficult angle but Burton got down well to make the stop and preserve the U’s lead.

McAtee went close again in the 76th minute. Van Veen’s dinked free-kick was headed away but only as far as the number 45 lurking on the edge of the box. The powerful half-volley was blocked by a cluster of amber shirts. Soon after, van Veen could have made it 1-2, firing wide of the upright.

Paul Lewis had the ball in the back of the net for the visitors but referee Tom Bramall ruled it out for offside.

With four minutes remaining, substitute Harvey Knibbs danced down the left but Butler did just enough to put him off, skewing his shot off target and it finished 0-2 to the U’s.

Save money by purchasing your Iron v Cambridge United tickets in advance! Tickets are on sale now for the home clash. 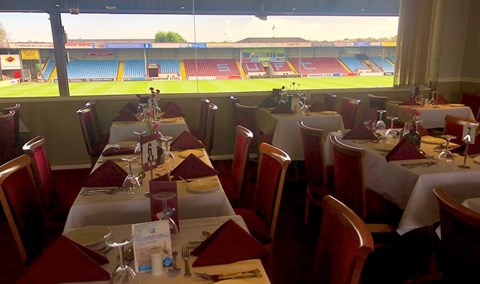 Our Early Bird Price Rates have been frozen for the sixth season in succession, and supporters can buy at these prices until the ticket office closes at 5pm on Monday, February 10th, and also until three hours before kick-off online via our ticketing website (www.sufctickets.com). Matchday prices then apply. 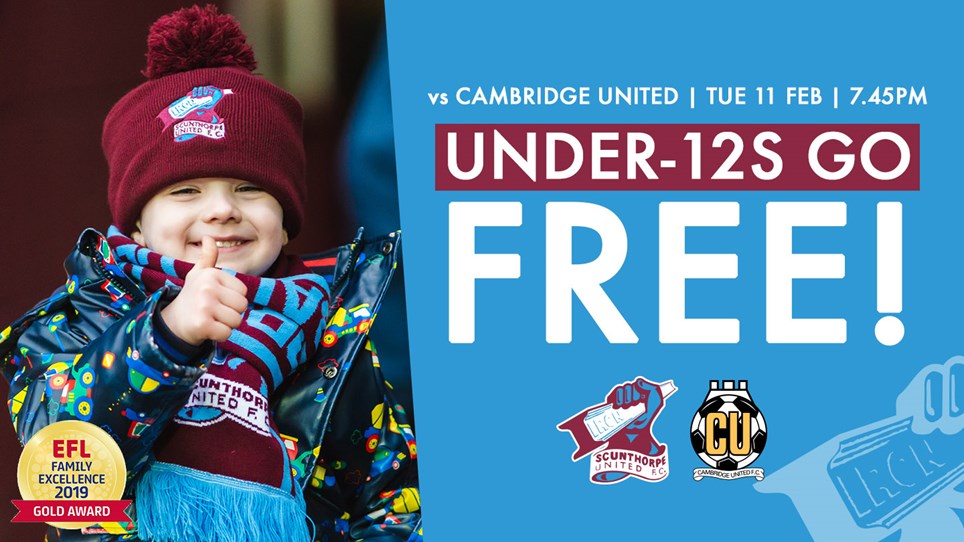 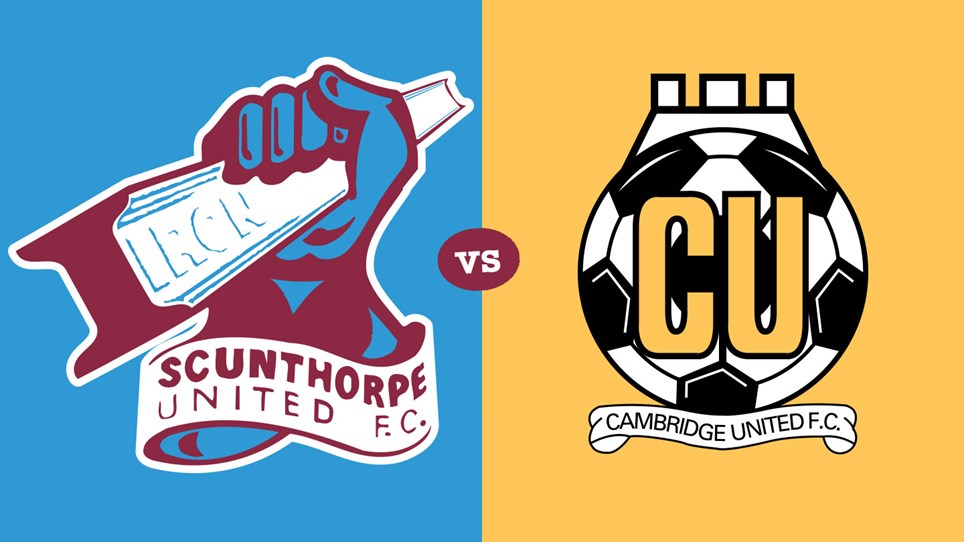 
Save money by purchasing your Iron v Cambridge United tickets in advance! Tickets are on sale now for the home clash.