The Iron will be seeking a first away league win since New Year’s Day when they make the trip to take on Port Vale this Saturday (3pm kick-off).

Pay on the day at Port Vale this Saturday

United come into the game on the back of last weekend's 1-0 home win over Forest Green Rovers, which was secured by a John McAtee goal early in the second half.

Scunthorpe kept a second clean sheet in three matches to secure the same number of wins in that sequence, and will be looking to build on that at Vale Park, going into the match sitting 17th in the league.

The Valiants arrive into the match sitting eighth in the division and are unbeaten in their last six games. They drew 2-2 at Walsall last time out, with Leon Legge and Scott Burgess the scorers.

Defender Harrison McGahey will miss out through concussion, though it is hoped he'll be back on contention for Tuesday's trip to Swindon.

Midfielder Levi Sutton could return to contention after recovering from concussion himself, and is due to return to training on Friday.

Goalkeeper Ian Lawlor is nearing a return from a groin injury and will be assessed ahead of the match.

Yann Songo'o has fully recovered from a knee injury, and boosted his comeback hopes with 85 minutes for the Under-23s against Hull City in midweek.

Regan Slater (ankle) is likely to be out until the start of next month.

The Iron defeated Vale 2-1 at the Sands Venue Stadium back in November, with Kevin van Veen and Kgosi Ntlhe scoring the goals after the side had originally trailed.

This will be our first trip to their home since August 2016.

Iron fans can pay on the day for the League Two trip to face Port Vale, which takes place on Saturday, February 29th (3pm kick-off).

Matchday prices are as follows: 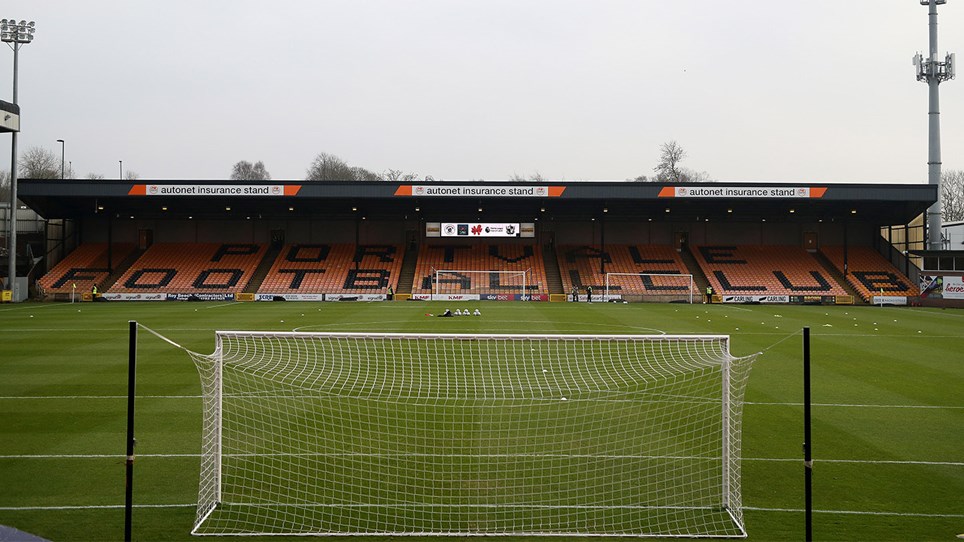 
Tickets and travel are on sale for the Iron's League Two trip to face Port Vale, which takes place on Saturday, February 29th (3pm kick-off).