This weekend’s match will see Scunthorpe United welcome Swindon Town. The two teams had a break of meeting each other in the last campaign, with the Iron being in League One. The match will be United boss Paul Hurst’s first competitive match in charge, and he'll be aiming to get off the perfect start.

Striker Kyle Wootton has enjoyed a week of full training after returning from a thigh injury as a substitute against Lincoln City in a pre-season friendly last weekend.

Elsewhere, Clayton Lewis (thigh), Levi Sutton (knee ligaments) and Lewis Butroid (ankle) are out of contention due to injuries picked up in pre-season.

The game is too soon for Ryan Colclough, though he came on as a substitute against Lincoln City last weekend, as he recovers from the knee ligament injury that's ruled him out since last November.

Meanwhile, James Perch misses out through a three-game suspension that comes after picking up his 15th booking of the season on the final day of last season at Plymouth Argyle.

Tom Broadbent is also a doubt for Swindon, but he is not ruled out completely, so he could make an appearance for Richie Wellens' side.

It is difficult to tell, this early into the campaign, but there has been a lot of excitement from the Swindon Town fans around the signing of Lloyd Isgrove, who has joined on a free transfer after leaving newly promoted Championship club, Barnsley.

However, if last season is much to go by, midfielder Michael Doughty was Swindon Town’s top scorer for the season in the last campaign, with 13 goals to his name.

Robins boss Richie Wellens is very optimistic going into the first game of the new season, and is happy with the shape and attitude of his team as he prepares to lead them into the new Sky Bet League Two campaign.

“Pre-season has been long – longer than I thought but I was pleased with the level of fitness that the lads came back in with," he said.

“I know about all of their players – it was a surprise that they got relegated. They have a good squad. I have played against some of them and managed against most of them.”

The Iron's most recent victory came in the 2016/17 season, when they took all three points away from home as they ran out 2-1 winners.

Murray Wallace scored just five minutes into the match before Sam Mantom secured the points in the 71st minute. Swindon did pull one goal back five minutes from time, as Rohan Ince netted for the home side.

This was the second win against Swindon Town in the 2016/17 season for the Iron, with the return fixture ending 4-1 to Scunthorpe United at Glanford Park.

We will have our half-time draw tickets on sale for £1 when we face Swindon Town, before the game and during the first half.

The Iron fell to defeat to Swindon Town in the 2019/20 curtain raiser at the Sands Venue Stadium. Goals from Jerry Yates and Keshi Anderson secured the three points for the Robins on the opening day.

United started brightly as Adam Hammill’s promising set-piece from the right was met by the head of Yann Songo’o, but the defender glanced wide.

Yates latched onto a ball over the top from Lloyd Isgrove for the away team, but his touch was too heavy and it ran away from him, as Jake Eastwood beat the striker to it.

With 17 minutes on the clock, Hammill floated a ball into the box and Lee Novak headed goal-wards but the striker’s effort was narrowly wide of the upright.

There was a short pause in play with concerns for Kaiyne Woolery who appeared to have picked up a head injury but the away number 11 picked himself back up.

Regan Slater received the ball on the edge of the area and went it alone on a mazy run, twisting and turning among a cluster of red shirts but couldn’t get a clear sight of goal.

On the half hour mark, Hammill had a speculative shot from range to test Luke McCormick. The winger tried his luck from distance but the ‘keeper made the stop.

Harrison McGahey was the first to go into the referee’s book, shown a yellow card for pulling back his marker.

McGahey’s free-kick was headed across goal by Andy Butler but Hammill couldn’t connect properly and Jordan Lyden got the block in.

Moments later, Yates played it out to Anderson who led a counter-attack for the Robins but Zeki Fryers’ delivery was deflected behind for a corner which came to nothing.

Matthew Lund almost made the breakthrough, with a minute remaining on the watch until the interval. The ball was cleared out to the midfielder, whose first-time volley crashed against the post and Songo’o was flagged offside as he made haste for the rebound.

On the stroke of half-time, Eastwood was called into action, beating away a set-piece swung in by Anderson from 20 yards out.

As the teams re-emerged, Woolery fired wide of the target for the visitors and Songo’o saw an effort from the edge of the box blocked for the Iron.

Alex Gilliead spread play out wide to Lund on the right whose cross fell for Novak but the striker sliced at the ball and in the wrong direction.

The Robins made it 1-0 with 59 minutes gone. Isgrove and Yates combined, with Isgrove playing a through ball to the striker and one-on-one with Eastwood, rounded the ‘keeper and slotted home.

Soon after, Anderson surged forward but the shot lacked conviction and Eastwood was able to gather at his near post.

With 70 minutes on the watch, Woolery found Anderson who doubled the Robins’ lead on the break.

The Iron looked to half the deficit instantly as Gilliead crossed for Lund but his header was watched wide.

Anderson threatened again for the Robins but Eastwood got down low to make the save.

With 10 minutes left to play, the Iron went close. Substitute Ryan Colclough was hauled down and dusted himself off to take the set piece. With his back to goal, Novak headed straight at McCormick who was forced to tip the effort over the bar.

From the resulting corner, Kgosi Ntlhe prodded in the direction of goal but Fryers reacted quickly and cleared it away.

Gilliead then side-footed wide from a corner after Butler headed the set piece back across goal.

Deep into six minutes of added time, van Veen headed on Colclough’s free-kick but McCormick was behind it.

United return to action with an away clash at Cheltenham Town next Saturday (3pm kick-off).

Save money by purchasing your Iron v Swindon Town tickets in advance! Tickets are on sale now for the season opener! 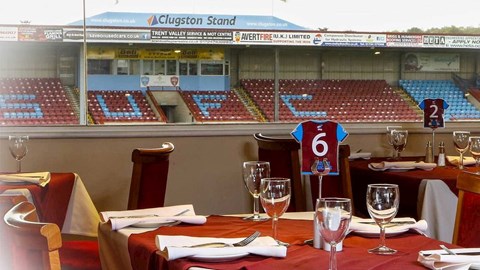 Dine in style ahead of season opener

Our Early Bird Price Rates have been frozen for the sixth season in succession, and supporters can buy at these prices until the ticket office closes at 5pm on Friday, August 2nd, and also until three hours before kick-off online via our ticketing website (www.sufctickets.com). Matchday prices then apply.

United's encounter against the Robins is a Category B fixture.

Saturday, August 3rd - 9am-3pm (also open for a short period of time after the Swindon game) 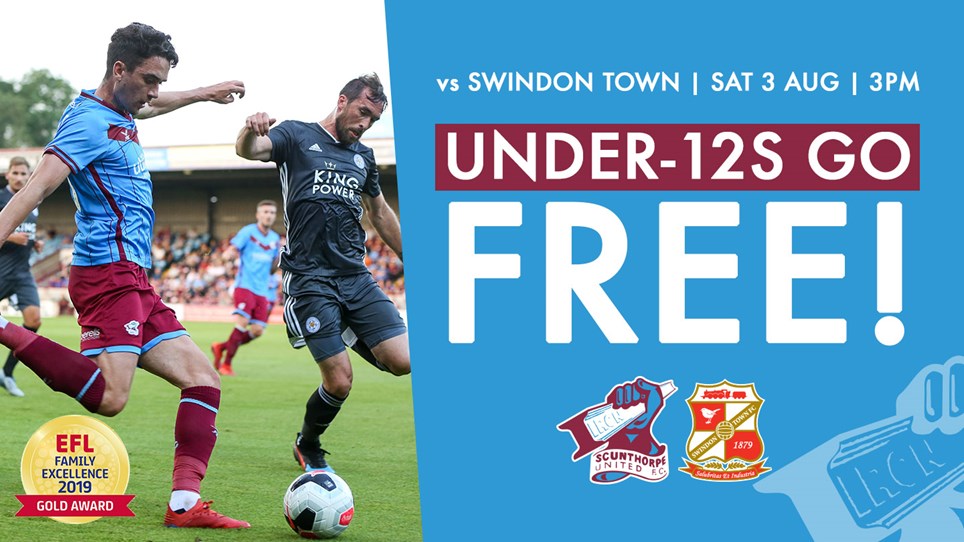 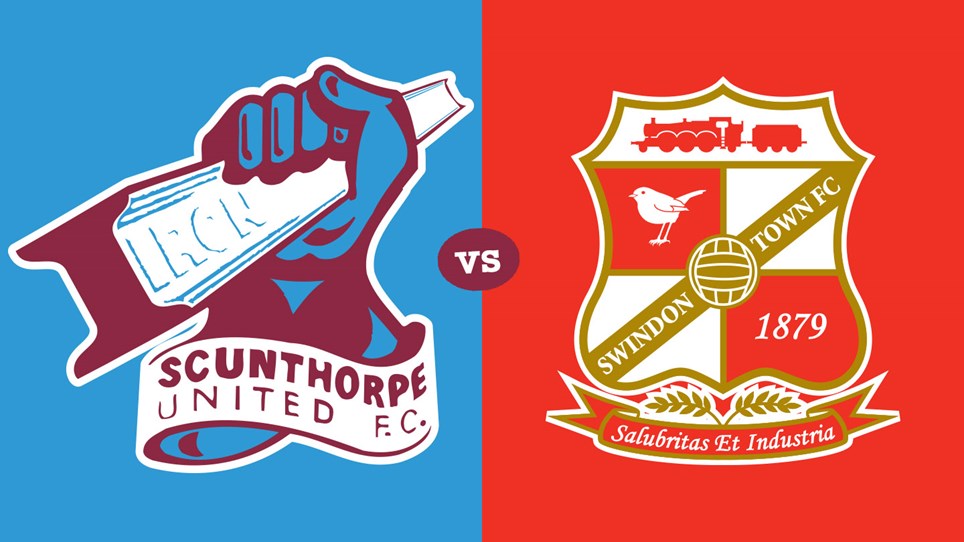 
Save money by purchasing your Iron v Swindon Town tickets in advance! Tickets are on sale now for the season opener!