The Iron return to league action on Tuesday evening as they travel to the Abbey Stadium to face Cambridge United in Sky Bet League Two (7.45pm kick-off). 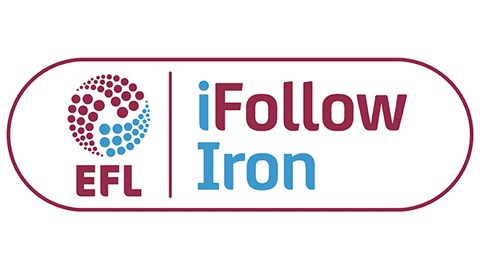 The Iron come into the encounter having picked up their first point of the season at the Sands Venue Stadium on Saturday. Scunthorpe came from 1-0 down to take a 2-1 lead against Crawley Town before being pegged back to 2-2. Goalkeeper Rory Watson was named man of the match after he saved a late penalty from the visitors to deny the Red Devils a victory.

Meanwhile, the Us come into the game unbeaten so far this season with one win and two draws to their name in the league, coupled with progression in the Carabao Cup. Most recently, Cambridge came from 1-0 down at half-time to beat Colchester United 2-1 away from home at the weekend.

Iron boss Paul Hurst confirmed to the press ahead of the game that the game will come too soon for forward Ryan Colclough as he recovers from a slight groin injury which also put him out of action at the weekend.

United will welcome back James Perch to the side after he served the last of his three-game league ban which hung over him from last season, while Jordan Clarke is also in contention for the match after training following a quad injury.

Clayton Lewis (thigh), fresh from being called up for New Zealand Under-23s, has resumed partial training, but is still some way off being ready for first team action.

Elsewhere, Andy Dales (hamstring), Levi Sutton (knee ligaments) and Lewis Butroid (ankle) are out of contention due to injuries picked up in pre-season.

Cambridge United manager Colin Calderwood, in the build-up to the game, said: "Things that we wanted to tick off in August was our first goal, first point, first clean sheet and first win and now we have to look to get our first home win after our first away win and back it up. We want to be greedy in that respect and be better.

"I think everyone has put their foot forward and we're going to have to utilise our bench. (On Saturday), we weren't as bright, we had the wrong mix on the pitch on occasions and we faded away from the game plan that we worked on, but somehow we managed to get three points from nowhere really so we move onto this week."

The last time that the two sides met was back in November 2016 in the EFL Trophy. Both teams had already progressed out of the group stage following their first two games, with the encounter determining who would finish top and gain the second round home tie.

The last league meeting came over 14 years ago, in April 2005, when the Iron gained all three points en route to promotion from League Two. The scoreline finished 4-0 at Glanford Park with goals from Richard Kell, Andy Crosby and a brace from Cleveland Taylor.

Reduced to 10 men after James Perch’s dismissal, the Iron took the lead against the odds but the U’s came from behind to turn it around. Paul Lewis cancelled out Rory McArdle’s second goal of the game as it finished 3-2.

Jack Roles fired over the bar early on for the U’s as the midfielder tried his luck from the edge of the area.

With 18 minutes on the watch, Harrison Dunk charged down the left and slid a low ball into the box but Paul Lewis cleared the bar from close range with his effort.

James Perch was given his marching orders from referee Charles Breakspear in the 21st minute, receiving a straight red for a challenge on Harvey Knibbs.

Rory Watson made a superb save, with 10 minutes until the half time whistle, to deny Knibbs. The ‘keeper clawed the ball behind after the striker was teed up on the edge of the area.

Minutes later, substitute Regan Slater whipped in a set-piece from the left which fell to Matthew Lund but the latter couldn’t get a clear sight of goal.

Alex Gilliead saw his effort turned behind for a corner, after some good hold-up play from Kyle Wootton.

The Iron took the lead with 41 minutes on the clock. Rory McArdle notched his second goal in as many games, nodding in from the resulting corner.

On the stroke of half-time, Knibbs spurned a chance for the hosts. The striker spun and had a shot but goalscorer McArdle got his body in the way to make the block.

Deep into added time, Harrison McGahey defended well, throwing himself in front of an incoming effort before another green shirt made a block.

The Iron started brightly after the break. Abo Eisa made for the byline, drilling a low cross into the box that just evaded the reach of Wootton, arriving in the box.

Cambridge equalised eight minutes into the second half. Leon Davies’ cut back found Knibbs who prodded home to make it 1-1.

Moments later, the U’s spun the scoreline on it’s head. Paul Lewis got the final touch as the ball crossed the line to make it 2-1 to the hosts.

With 59 minutes gone, Lewis drew another fine stop from Watson. The ‘keeper made a fingertip save from the midfielder, glancing into the far corner.

It wasn’t long before the Iron were back on terms. McArdle netted his third of the season, losing his marker inside the area to nod in the equaliser, with 62 minutes on the clock.

Sam Smith headed wide after the ball was floated into the box by George Taft, with the forward finding himself in space inside the area.

In the 74th minute, the U’s restored their advantage as Lewis headed in to make it 3-2.

Watson showed good hands to hold Maris’ powerful strike from outside the area, with 10 minutes remaining in the game.

The Iron hit the post in the 90th minute after some good trickery from Eisa to turn into the box. Lund slid the ball across the face of goal but Clarke hit the woodwork late in the day.

Iron fans are able to pay on the turnstile for the away trip to Cambridge United on Tuesday, August 20th (7.45pm kick-off).

Match tickets are now OFF SALE from the Sands Venue Stadium ticket office. 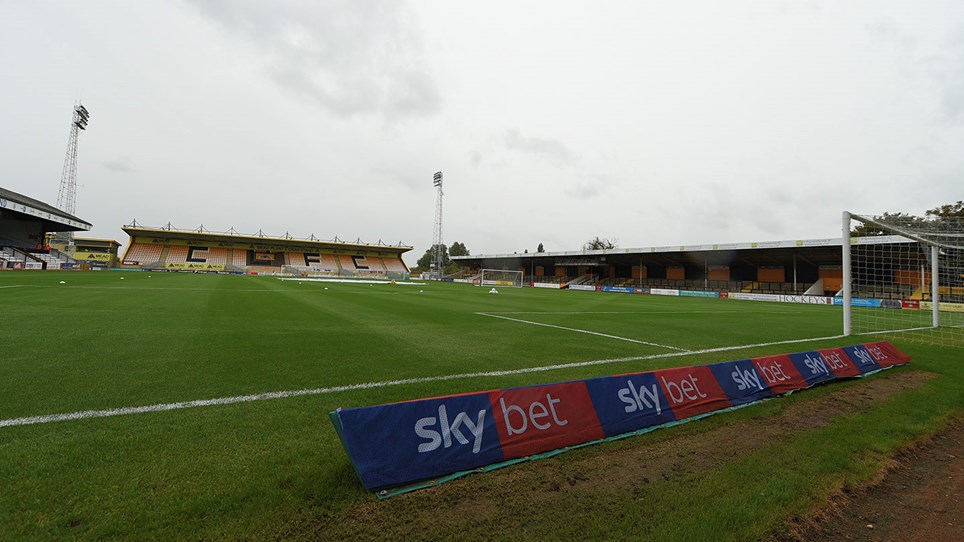 Cambridge away tickets now on sale


Tickets and coach travel are now on sale for the Iron's upcoming away clash at Cambridge United on Tuesday, August 20th (7.45pm kick-off).