Pay on the day at Bristol Rovers

Stuart McCall’s side will be looking to build on the second-half comeback against Oxford United a fortnight ago in their last league outing. Meanwhile, seven days ago the side managed to edge past Burton Albion to progress to the second round of the Emirates FA Cup following goals from James Perch and Lee Novak.

It was a much-changed side in midweek as the Iron were edged out of the Checkatrade Trophy at the hands of Mansfield Town.

Meanwhile, the Pirates ran out comfortable 3-0 away winners at Blackpool in their last league game 14 days ago, but were held to a stalemate by National League side Barnet in the FA Cup and will require a replay next week.

Despite already sealing their progression in the Checkatrade Trophy, Rovers were on the end of a 2-0 defeat at Exeter City in their latest game on Tuesday night.

The Iron made eight changes ahead of their Checkatrade Trophy encounter in midweek and are likely to largely revert back to the side that triumphed over Burton Albion last weekend.

Funso Ojo came through 90 minutes on his return from a hamstring injury and has had no reaction as a result, so comes into contention for the game, while Yasin Ben El-Mhanni will be in the manager's thought process after a goal and an assist on his Iron debut.

Cameron Borthwick-Jackson was an unused substitute in midweek following his return from a hip flexor injury and will continue to push Lewis Butroid for the left-back spot, while Matthew Lund and Lee Novak have both trained this week following knocks last weekend. Charlie Goode has also recovered from a thigh problem.

Jordan Clarke faces at least six weeks on the sidelines with a ruptured tendon in his shoulder, while Levi Sutton will also sit out for the next four-to-six weeks after tearing his thigh in training.

PAST MEETINGS…
The Iron were last at the Memorial Stadium back in February when a last minute Ellis Harrison strike from close range denied the side of all three points following Duane Holmes' scrappy opener.

Previously, United had been beneficiaries of a late goal with Neal Bishop netting in the fourth minute of added time to snatch the victory at Glanford Park just over a year ago.

Scunthorpe have drawn their last three encounters at Bristol Rovers.

The Iron beat Bristol Rovers 2-1 at the Memorial Stadium on Saturday afternoon.

Lee Novak netted his seventh goal of the season to put Scunthorpe ahead, before Liam Sercombe struck late in the first half to level the score. Matthew Lund then sealed the victory in the second half just seconds after Jak Alnwick denied Bristol Rovers’ Chris Lines from the penalty spot.

Stuart McCall made four changes from the team that beat Burton 2-1 in the FA Cup first round. Funso Ojo, Charlie Goode, Cameron Borthwick-Jackson and Andy Dales all came into the side replacing Jordan Clarke, Cameron Burgess, Lewis Butroid and George Thomas.

The Iron got the game underway, and started on the front foot. Lee Novak forced Jack Bonham into his first save of the day after just two minutes, before the follow-up from Ryan Colclough then hit the side netting.

However, just a few minutes later, the home side burst forward, allowing Kyle Bennett to shoot from distance. Jak Alnwick was equal to the shot, but he could only parry as far as Stefan Payne. The striker then tried to blast it from close range, although a brilliant last-ditch tackle from James Perch denied him as he managed to deflect the ball behind for a corner.

It was a frantic first ten minutes, with the two sides creating chances at both ends. Bristol then almost took the lead when Bennett once again lined-up a shot from the edge of the area. He looked to bend it in the far corner, but his effort struck the woodwork and bounced away.

Just five minutes later, Rovers’ were made to pay for their missed opportunities when Novak fired Scunthorpe into a one nil lead just shy of the quarter of an hour mark. Colclough raced down the right flank before sending in a cross which Novak reacted to first and met with his head.

He looked to head the ball back across the face of goal for Matthew Lund who was poised in the middle. However, the ball cannoned back off a Bristol defender and landed back at the feet of the striker, who made no mistake with the finish and slotted calmly past Bonham.

The hosts then looked to apply the pressure as they tried to hit back, and shortly after surged forward through Tom Nichols. The striker burst into the box, bearing down on Alnwick, but the goalkeeper rushed out quickly to spread himself well and make the block.

On the follow-up, Nichols found the ball drop at his feet, but this time he looked to square it, picking out Bennett in the area. He tried to curl one into the right corner, however his effort fell just wide of the post.

Scunthorpe were then forced into a first half substitution in the 35th minute, when Colclough picked up an injury sustained after falling to the turf following the beating of three men in area. He was replaced by Kyle Wootton.

Shortly after the substitution, Rovers’ attacked again. Liam Sercombe picked up possession on the edge of the box, before unleashing a fine strike which had Alnwick diving to his right to produce a superb one-handed save.

The fourth official then indicated a minimum of four minutes added time and that proved to be just enough for Bristol to find an equaliser.

On the stroke of half-time, up stepped Sercombe to smash the ball in from distance after he controlled a right-winged cross, before hammering it into the back of the net, leaving Alnwick with no chance. The scoreline at the break was 1-1.

It was the hosts who got the ball rolling for the second half, and they had an early opportunity when captain Ollie Clarke stung the palms of Alnwick via a speculative effort.

A cagey 15 minutes then followed, with neither side able to carve out any clear-cut chances until the Iron nearly regained the lead in the 71st minute. Andy Dales charged into the area, struck the ball well and saw his shot rebound back off the crossbar to Novak who then had his effort cleared off the line.

As the match entered the final stages, Rovers’ were awarded a penalty when Payne went over in the area. Chris Lines stepped up, right-footed and looked to place it in the corner, however a fine outstretched hand from Alnwick kept the scores level.

Just moments later, Scunthorpe rushed forward in attack and soon restored their advantage on the 78th minute, when Lund produced a neat chip over Bonham, despite the Rovers’ defence best efforts to clear it off the line, to put the Iron 2-1 up.

Cameron Burgess was then sent on in place of Ike Ugbo, as United looked to shut out the opposition in the final ten minutes. That proved to be enough to see it through and the Iron secured all three points at the Memorial Stadium.

Fans are able to pay on the day at Bristol Rovers on Saturday, November 17th.

They can do so at an away ticket booth situated next to the away end, with no price increase.

*All fans who have bought a seating ticket are advised to enter via Turnstiles 24-26. 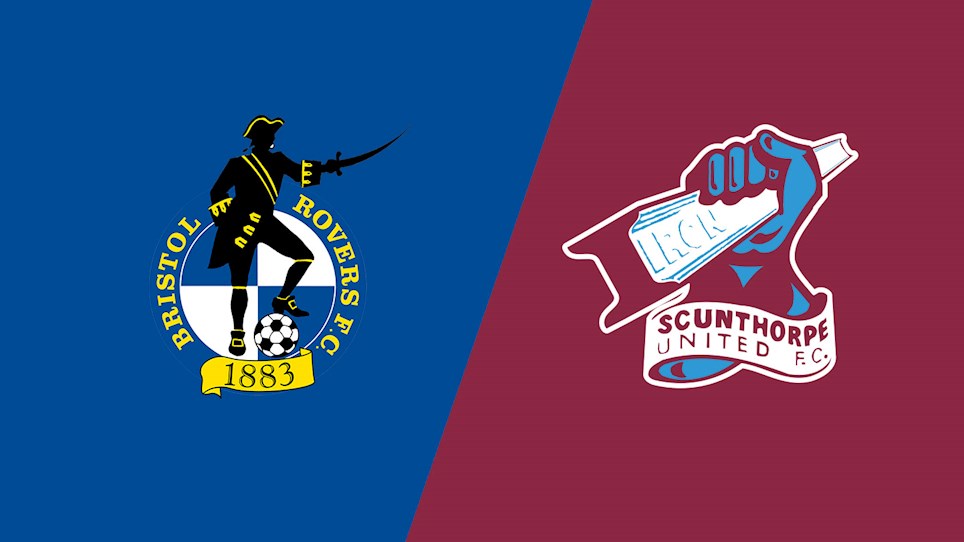 
Tickets have gone on sale for the Iron’s away trip to Bristol Rovers on Saturday, November 17th.