The Iron will be back at Glanford Park when Southend United visit on Tuesday night (7.45pm kick-off) in Sky Bet League One.

On Saturday, Stuart McCall’s side were beaten 1-0 by Bristol Rovers, which was their first home defeat in six games and their first in 2019.

Jonson Clarke-Harris netted the winner for the visitors in the first-half, pushing the Iron down to 18th in the table after losing three of their last four fixtures.

Meanwhile, Southend haven’t won a match in nine games and are just three points above the relegation zone in 14th position.

They were denied three points in their last outing when Blackpool scored a stoppage time equaliser against the Blues. Rob Kiernan and Michael Turner got the goals for Chris Powell’s side.

United boss Stuart McCall has confirmed he will have the same squad at his disposal as the weekend, with all players coming through the encounter with Bristol Rovers unscathed.

Three changes were made going into the game with Tony McMahon returning after missing out against his parent club, with Adam Hammill and Kevin van Veen also coming into the side.

McCall will assess his options going into the tie with the Shrimpers and may opt to freshen things up following the clash three days ago.

At Roots Hall earlier this season, the Iron lost 2-0 to Southend and were not helped in the first-half when James Perch was sent off for receiving two yellow cards.

Timothee Dieng and former Scunthorpe player Sam Mantom grabbed the goals for the Shrimpers in that match.

Overall, the two sides have met 56 times, with the Iron winning 24 of those, whilst Southend have won 17 games.

Experienced striker Simon Cox leads the way in goals scored for the Shrimpers with 15 in all competitions this season.

Prior to joining Southend, the 31-year-old played for Reading, Nottingham Forest and West Brom, but his most successful spell came for Swindon Town where he scored 35 league goals in 62 games.

Scunthorpe defeated Southend 4-1 at Glanford Park on Tuesday night as they returned to winning ways in style with their most emphatic win of the season so far.

Tom Pearce, Tony McMahon, George Thomas and James Perch netted the goals as the Iron recorded a first victory since February 9th and climbed up to 15th place in the process.

Manager Stuart McCall made two changes from the side that lost to Bristol Rovers at the weekend, with Thomas and Lee Novak replacing Adam Hammill and Kyle Wootton.

The first chance of the night came Southend’s way in the second minute as Sam Mantom went close from a free-kick. The former Iron midfielder looked to curl the ball into the top right corner, but it went wide.

The visitors took the lead just a minute later when Sam Hart got down the left side and crossed into the area. It was controlled by Simon Cox, who put the ball into the bottom right corner from close range.

In the ninth minute, a throughball was played forward by McMahon, looking for Kevin van Veen, but Jason Demetriou covered in behind for Southend to head the ball back to his goalkeeper.

Southend went close to doubling their lead with 15 minutes on the clock. Cox played a disguised pass through to Mantom and his shot from a tight angle hit the side-netting.

The 19th minute saw a great chance for the Iron. McMahon took a free-kick quickly to Levi Sutton, who got to the byline and pulled the ball back to Novak. Nathan Bishop made a reaction save before Perch’s rebound was blocked.

Two minutes later, Mantom slipped the ball through to Harry Bunn, but Alnwick got out well to get there before the Southend attacker, diving on the ball.

At the other end, van Veen had a close-range effort blocked after Rory McArdle kept the ball in play. Nevertheless, moments later, the Iron got their goal.

Pearce equalised in spectacular fashion in the 23rd minute, as his cross from the left side went all the way into the back of the net and he celebrated his first goal for the club.

In the 26th minute, Novak connected with a right-wing cross but his header was saved by Bishop.

The away side broke though and the 28th minute saw Cox take the ball past Jak Alnwick and he looked to finish it home, but McArdle did really well to slide in to divert it out for a corner. From the resulting set-piece, Harry Lennon headed over the bar.

Southend’s Bishop was drawn into an impressive save after some brilliant football from the Iron on 32 minutes. Novak shifted the ball forward to van Veen, who back-heeled it into the path of Thomas, but Bishop saved the shot with his legs.

On 37 minutes, McMahon swung a cross in from the right side, which was controlled by Novak. The striker looked to play van Veen through, but the away side cleared it away.

Two minutes later, McArdle blocked a Cox shot. Bunn picked out his strike partner, who checked back and struck from distance, but the Iron captain made a solid stop.

With a minute of the half left, Lennon hooked the ball away at the far post as Novak looked to get on the end of a cross. It proved the last moment of note in the opening half.

There was one half-time change for United as Sutton was replaced by Clayton Lewis.

It was a quiet start to the second period as both sides tried to feel their way back into the game.

Southend had a chance on 54 minutes as Demetriou advanced down the right side and played a low ball across the pitch. Mantom dummied it and it rolled through to Timothee Dieng, who skied a shot.

Soon after, Funso Ojo headed the ball in Novak’s direction, who turned and attempted a volley from long range, but it bounced wide.

The hosts went ahead on 68 minutes when Lewis delivered a corner from the right, it was allowed to bounce and McMahon flicked it home for his first goal in claret and blue.

There was quickly a third on 73 minutes when McMahon floated a ball into the area, Novak headed it down and after a slip from Southend goalkeeper Bishop, Thomas touched it home for his third goal of the season.

Scunthorpe had a spring in their step and almost added another in the 75th minute when Bishop made a good save. The ball set up nicely for van Veen outside of the box and he swivelled to drive a volley towards the goal, which was pushed away by the goalkeeper.

McCall’s side did add a fourth on 78 minutes when a cross was perfectly curled in and Perch connected with it to head past Bishop for his third goal of the season.

After that period of emphatic finishing from United, the visitors did try and force their way back into the game but the hosts stood firm to all the threats, defended resolutely and saw the game out to hold on for three valuable points.

Iron Bar and sponsors man of the match: Tony McMahon.

United's next home game sees them host AFC Wimbledon on Saturday, March 30th and tickets can be bought now from www.sufctickets.com.

Save money by purchasing your Iron v Southend United tickets in advance! Tickets are on sale now! 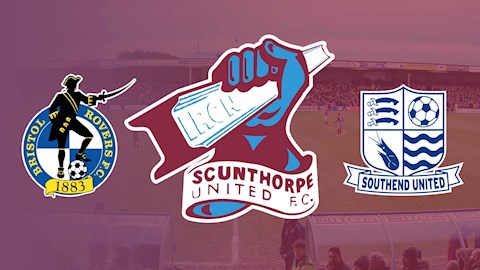 Special offers in place for Bristol Rovers and Southend fixtures

The game will be played on Tuesday, March 12th, 2019 (7.45pm kick-off). Click here to read about the 12th Man Friend for a Fiver offer against Southend.

Our Early Bird Price Rates have been frozen for the fifth season in succession, and supporters can buy at these prices until the ticket office closes at 5pm on Monday, March 11th, and also until three hours before kick-off online via our ticketing website (www.sufctickets.com). Matchday prices then apply.

PAY ON THE GATE DETAILS: Iron fans using Turnstiles 2A and 2B of the Britcon Stand and also Turnstile 5A of the Clugston Stand can pay on the gate. Please note, full matchday prices apply.

United's encounter against the Shrimpers is a Category B fixture.

Click here for details of how you can enjoy a three-course meal before the game. 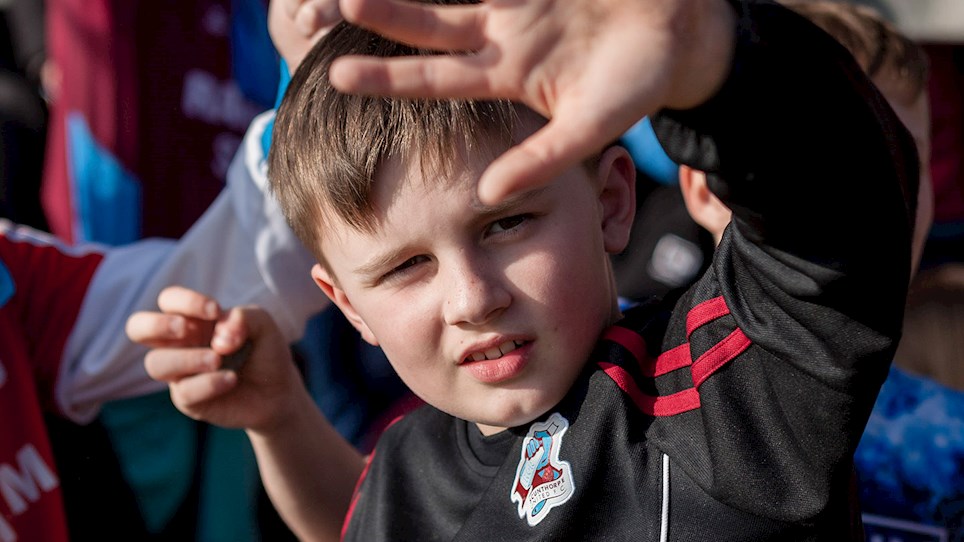 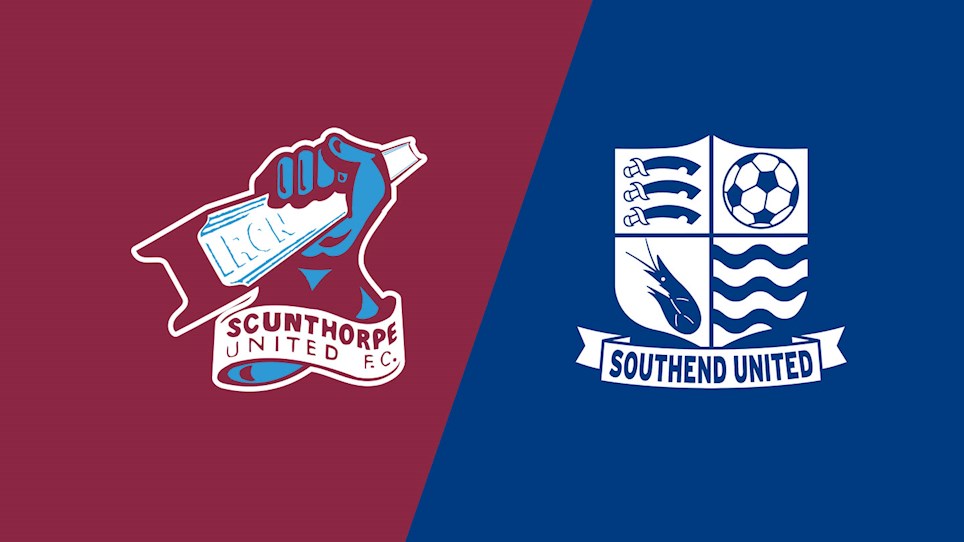 Southend United tickets on sale now! Save by buying in advance


Save money by purchasing your Iron v Southend United tickets in advance! Tickets are on sale now!