The Iron will be looking to carry on their momentum following success in midweek, as they try make it back-to-back victories in Sky Bet League One this weekend when they travel to Portsmouth on Saturday 16th March (3pm kick-off). 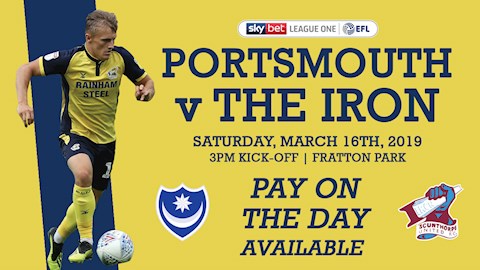 Stuart McCall’s side enter the game on the back of a convincing 4-1 win over Southend United on Tuesday night, which saw them win their first game in five matches and climb to 15th in the table.

Tom Pearce levelled the score in the first half to open his account for the season, after Simon Cox had initially opened the scoring for the visitors early on. Then, in the second half, the Iron ran riot, as Tony McMahon netted his first goal for the club, before George Thomas and James Perch put the result beyond the Shrimpers.

As for Portsmouth, they were also in midweek action and were involved in an entertaining game, which ended in a 3-2 win for Pompey at the Banks's Stadium. Brett Pitman’s penalty put them 1-0 up, before Omar Bogle and Viv Solomon-Otabor added to the tally.

Despite a late rally from Walsall, who scored two late goals, Pompey were able to hold on for all three points, as they sit fourth in the league table.

Levi Sutton picked up a groin strain in the midweek victory over Southend and manager McCall has confirmed the midfielder faces seven-to-ten days out of action. Elsewhere, there are no fresh injury worries.

Matthew Lund is out until April after a clean-up operation on a knee problem, while loanee Cameron Borthwick-Jackson is now back with the club and will resume full training on Monday following almost two months out with cartilage damage.

The Iron have a good record against Pompey of late and have only lost once in their last six meetings. That only loss came in the reverse fixture at Glanford Park earlier in the season, when Portsmouth narrowly won 2-1.

As for the last match at Fratton Park, the teams played out a 1-1 draw in January 2018, as Kevin van Veen got on the scoresheet for the Iron to level the score after Jamal Lowe put Pompey in front during the first half.

However, the previous four fixtures before that saw the Iron will them all, with three victories at Glanford Park and the other one at Fratton Park.

The Iron will be hoping for the same sort of form this weekend, as they look to bolster their record against Pompey.

24-year-old winger Jamal Lowe has been the main man for Portsmouth this season and has 12 goals to his name to coincide with six assists.

Rising through the ranks at non-league level with the likes of Hampton and Richmond, Hemel Hempstead and St Albans, the tricky winger has had to fight for his chance to play in the Football League.

However, since joining Portsmouth in 2017, Lowe hasn’t looked back and has kick started his career in League One, scoring 21 times in just 93 appearances across two seasons.

The winger will be sure to keep the Iron defence on their toes again on Saturday.

The Iron lost 2-0 to Portsmouth on Saturday afternoon in Sky Bet League One.

Two second-half goals from Omar Bogle and Jamal Lowe won the three points for the hosts at Fratton Park.

Stuart McCall made two changes from the midweek victory over Southend with Levi Sutton and Kevin van Veen making way for Harrison McGahey and Kyle Wootton.

Sutton missed out with a groin injury, while van Veen picked up his tenth league booking of the season on Tuesday and has been suspended for two matches.

Portsmouth had an early opportunity when Lee Brown received the ball 30-yards out. The full-back then unleashed a strike aiming for the top left corner, but Jak Alnwick saw it fly wide.

Lowe went closer to scoring minutes later. On the edge of the box, Lowe shifted the ball onto his left foot and curled an effort just over the crossbar.

The Iron’s first sighting of goal came in the 18th minute after hard work from Tom Pearce. The Leeds loanee forced his way down the left-wing before his inviting cross was cleared to Tony McMahon on the edge of the area. However, his left-footed shot was weak, as Craig MacGillivray made a comfortable save.

A big chance for Pompey then followed. Lowe ran onto a smart throughball and, with tricky feet, he took it around Alnwick, but captain Rory McArdle got back to block a shot, preventing a certain goal.

Lowe had another chance for the hosts when a deflected cross bounced through to him. He shot first time, but the ball touched a teammate on the way through to the target and diverted out for a goal-kick.

Two minutes before half-time, Alnwick made a solid save to keep the score level. Ben Close rifled a shot towards the left of the goal, but the Iron goalkeeper got across quickly to parry it away. The attack wasn’t over, however, as Brett Pitman passed the ball back across goal and Lowe toe-poked it wide.

Portsmouth created the first chance of the second-half when substitute Gareth Evans found some space to shoot, but his driven effort went wide.

Brown then tried to catch Alnwick out with a dipping effort, but the Iron ‘keeper got his body behind it and gathered the ball.

In the 68th minute, Alnwick made an incredibly brave save from close range. Bogle looked to pounce on a loose ball in the box and Alnwick got out quickly to save his powerful shot from close range.

Not long later, however, Bogle did score to put Portsmouth 1-0 up. The ball dropped to the forward in the area, who then turned and arrowed his shot into the bottom right corner of the net.

With three minutes left on the clock, Pompey increased their lead to 2-0 through Lowe. He picked up the ball on the edge of the box and smashed an effort out of Alnwick’s reach and into the top left corner.

The fourth official indicated a minimum of five extra minutes at the end of the match, but the Iron couldn’t capitalise, with Portsmouth winning 2-0.

Next weekend, United travel to Rochdale.

Portsmouth have confirmed Iron fans can pay on the day at an away ticket booth, just on the entrance of the North Stand car park. It's cash only and matchday prices increase by £2 in all categories.

Wheelchair users can contact the Portsmouth ticket office on 0345 646 1898 to buy their tickets, but the Wheelchair and Carer spaces are located amongst the home wheelchair section in front of the Fratton End. We've been told to advise wheelchair users to NOT travel if tickets are not bought in advance as any unsold tickets will be sold to home fans due to high demand. 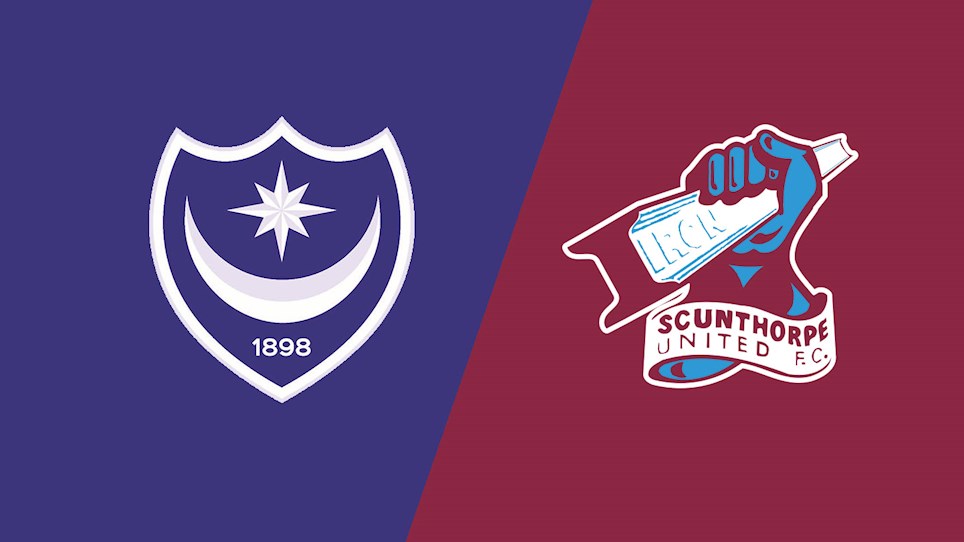 
Tickets have gone on sale for the Iron’s away trip to Portsmouth on Saturday, March 16th (3pm kick-off).